Beyond Buckskin and Arizona State University teamed up to create awareness about Native fashion and where it is headed through a two-night series of events hosted by the American Indian Policy Institute at the Department in downtown Phoenix on March 1 and 4.

The events are also hosted in conjunction with the newly established Inno-Nations entrepreneurship program at ASU, which will be housed at the Department business space starting in June of this year.

On the first night, AIPI Director Traci Morris welcomed Jessica Metcalfe, who is the creator and owner of the online Native fashion blog and boutique Beyond Buckskin to speak about Native fashion.

Metcalfe, a member of the Turtle Mountain Chippewa Indians in North Dakota, took her online blog to a retail space and now a brick and mortar shop located in her community, which she runs with the assistance of fellow tribal members, is an example to aspiring Native entrepreneurs.

How it all started

The idea for her blog was to take a stand against what was seen as the selling of a culture that was never the fashion industry’s to sell and that many designs have been misappropriated from Native people for profit.

Metcalfe highlighted the many instances in which companies such as Adidas, Ralph Lauren and Urban Outfitters took Native designs and made a profit off of them, without consideration for how they represented Native people.

She said these unfortunate representations in the media influenced her decision to take a stand against the false representation of Native people in the fashion industry.

One of the more prominent cases of a Native people being misrepresented and their designs used for a companies profit was that of Urban Outfitters taking traditional Navajo designs and using them on a variety of the company’s products.

“In 2011 something very interesting happened and that was when Urban Outfitters got caught,” said Metcalf. “They had listed over two dozen of their items as ‘Navajo,’ so they were selling Navajo flasks, undergarments and socks.”

She said the case set a real precedence as to how fashion companies are to be held accountable for their actions and that they shouldn’t consider themselves free of any wrong doing, because of their reputation in the industry.

Metcalfe said, “We are the minorities of minorities, which I might add is a result of deliberate and systematic genocidal attacks. I don’t think that we should be further punished by having our identities whittled away by these large companies.”

In 2016 Urban Outfitters and the Navajo Nation reached an undisclosed settlement agreement and that in the future the company was going to collaborate with the Nation on selling items like jewelry.

Bringing Native Fashion to the Forefront

The premise of the Beyond Buckskin blog, which ultimately became a full-fledged store, is just one way Metcalfe is pushing Native fashion forward.

She started out with 11 artists and designers, but has now grown to over 40 individuals featured on her online store.

Another benefit to her business is that she showcases some of the oldest traditional forms of craftsmanship in a more contemporary setting.

Metcalfe showed an example of porcupine quillwork of Caroline Blechert, who comes from the Inuvialuit people of Western Canada.

“It’s only found in Native North America. You will not find it anywhere else in the world and it is continuously still being practiced today,” she said.

Her boutique sells these items, which come in earrings and bracelets, which support the continuation of the ancient traditional practice.

The second night consisted of a fashion show called “Protection In all Directions,” that featured the designs of Native artist Jared Yazzie, a member of the Navajo Nation, who created his brand of apparel called OXDX, which is a play on words that means “Overdose.”

Yazzie said when he first came to the Valley he experienced an “overdose” of everyday life that he had to adjust to, but most importantly it was about finding a way of representing Native culture and the strengths that his people draw from in Navajo culture.

“I just like showing the beauty of Native culture and by showing the strength of women in our society, because they represent a very powerful presence in Native culture, so I feature them a lot in my clothing designs,” said Yazzie.

He said working with Metcalfe has helped him better understand the fashion industry and has inspired him to seek a place of his own that can act as a workspace for not only himself, but for up-and -coming artists.

Gov. Stephen Roe Lewis, AIPI boardmember, was present at the second night of events hosted by AIPI to help generate support around the Inno-Nations initiative.

He said, “I would like to welcome you to the traditional aboriginal land of the Akimel O’otham and Pee Posh people.

“It’s a special night, a landmark night...that we’re opening such an important endeavor, a partnership here in regards to supporting entrepreneurship at this next level.

“Economic development and nation building and making sure this is done in an appropriate way in regards to how this supports our cultures and values for Native nations and for those individual entrepreneurs,” said Lewis.

The City of Phoenix Mayor Greg Stanton was also in attendance said Native entrepreneurship is a welcome addition to the downtown area.

“I am excited to be here at Inno-Nations here tonight,” said Stanton. He said it’s a great partnership and unique opportunity for Indigenous entrepreneurs in Phoenix.

He said, “What’s so cool about this one is that it’s focused on our Native American entrepreneurs. I love it, because we have such a large Native American population in our city, the City of Phoenix.” 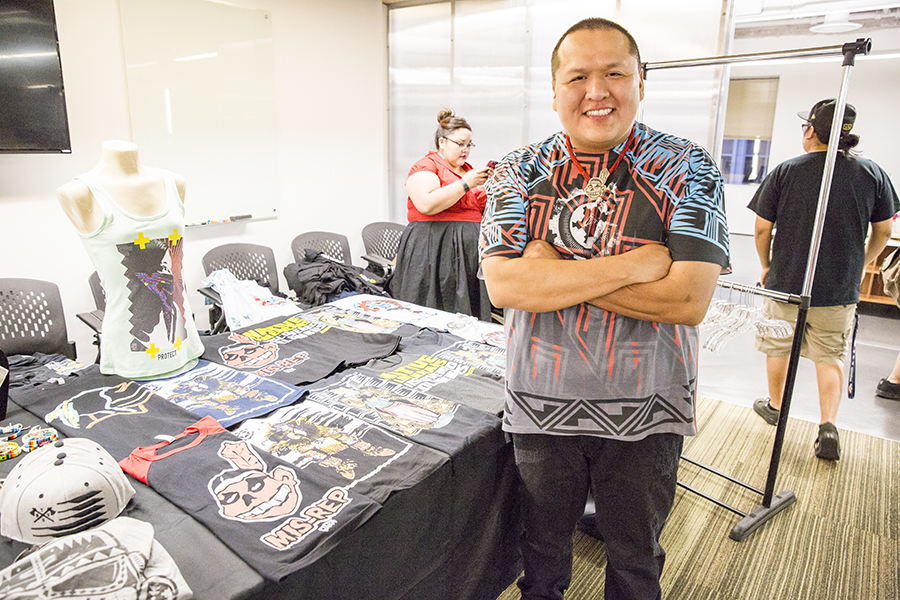 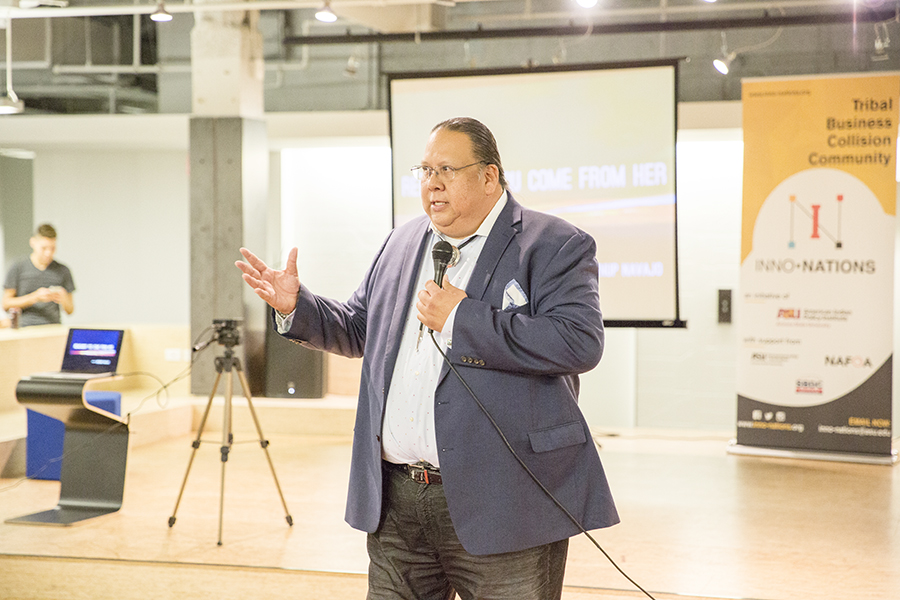 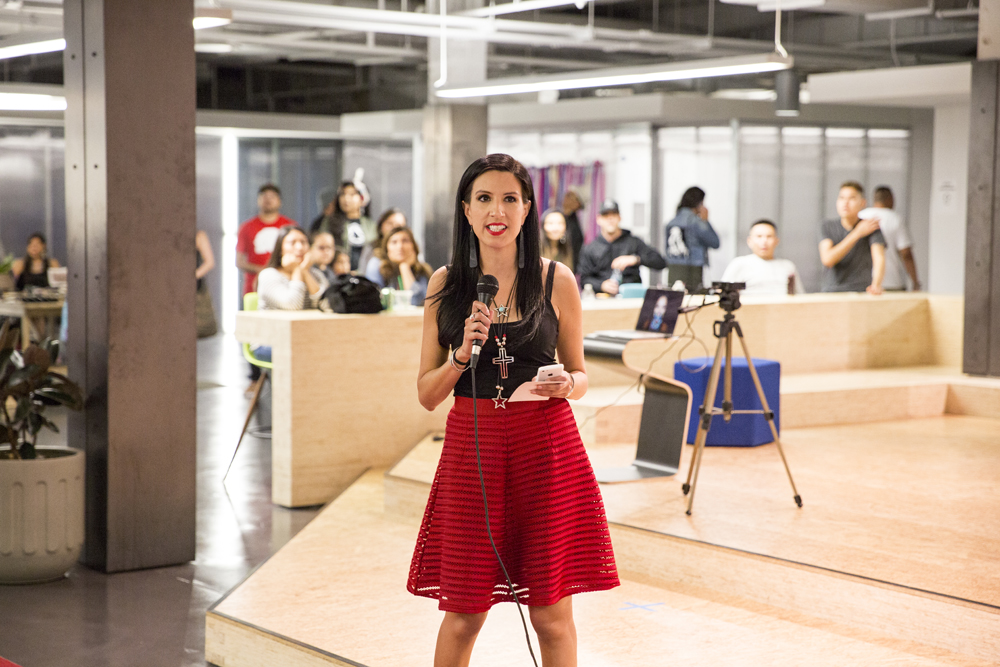 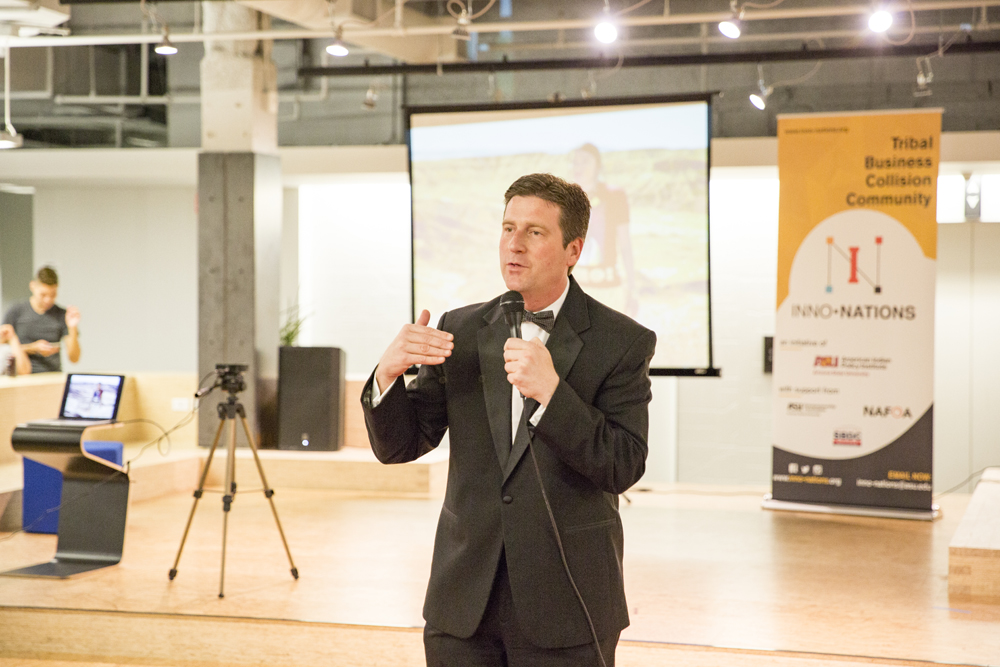 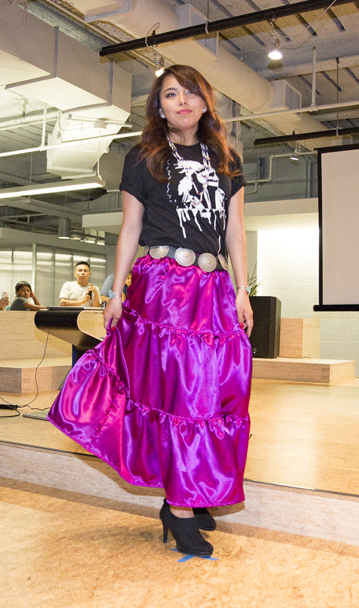 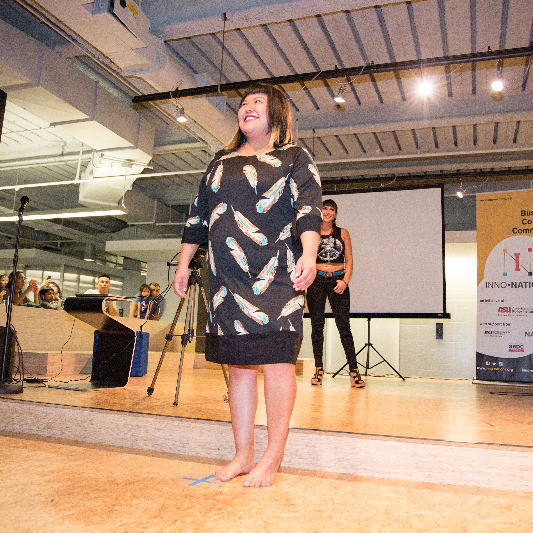 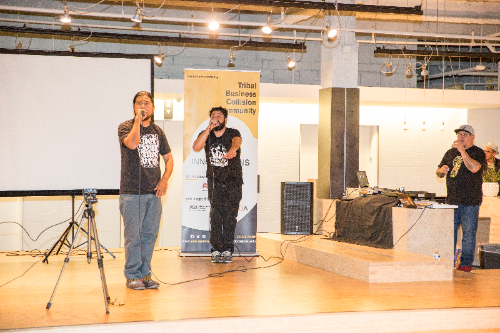 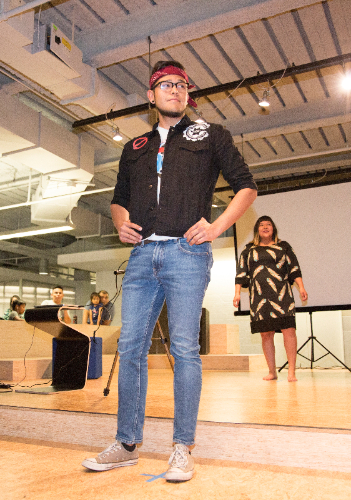 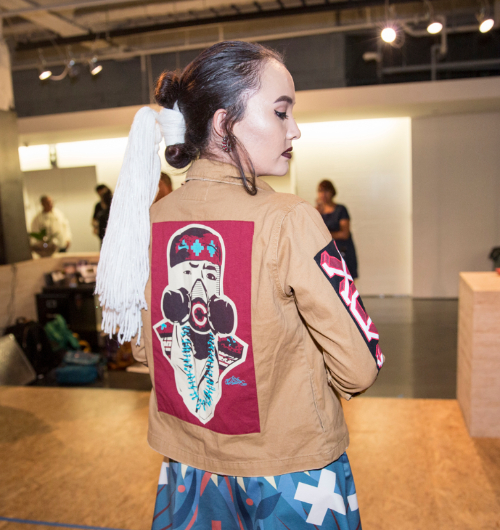