Seventh and eighth grade students at Gila Crossing Community School were given a look into the tragic story of a Tucson girl who was slain at the hands of an ex-boyfriend.

At the GCCS assembly hall, students gathered to hear a presentation provided by Bobbi Sudberry on teen dating violence on Feb 9.

Sudberry’s daughter, Kaity, was shot and killed in 2008 by her abusive ex-boyfriend Daniel Byrd. Sudberry started Kaity’s Way in her daughter’s memory to raise awareness on teen dating violence.

Kaity’s story has been told many times, but the message still is as important each time Sudberry travels to schools and communities across the country to talk about teen dating violence and the organization she started in her daughter’s name.

Her story made headlines across the country and led to the passing of Senate Bill 1088 “Kaity’s Law,” in 2009 in the state of Arizona.

It is a provision made to provide protections for teens caught in an abusive relationship.

Sudberry said Kaity’s Way is about getting teens and adults more aware about abusive relationships.

The victim of an abusive relationship herself, Sudberry said it’s not always easy to walk away from an abuser.

She said a lot of people tend to think it is an easy transition, but in the tragic circumstance of her daughter, it ultimately cost Kaity, her life.

“Some people think abuse is just physical harm, hitting, punching and slapping. It’s actually verbal and psychological, emotional and a lot of manipulation that goes on,” said Sudberry.

She wants the students to understand that victims are not to blame and that there is hope in getting out of an abusive relationship by speaking out about it.

The purpose of the presentation is not to scare the students away from relationships or to give them the impression that every relationship has the potential to become abusive.

The message is that abuse is not part of a healthy relationship and they have the ability to stop it from happening.

A video was played reenacting Kaity’s relationship with Daniel and the events that escalated into a violent situation.

The students then broke up into groups to share ideas about abuse and what they can do to stop a similar situation from happening.

They then shared their answers with rest of the groups stating how they would address an abusive relationship.

One of the responses was to speak up about it and talk to an adult, as well as having a direct line of communication on how a relationship is going.

Another response was to listen to the victim and hear them out before passing judgment or blaming them for being abused.

Sudberry said that blaming the victim is the least effective way someone can help them out, because it creates the idea that the victim has somehow done something wrong to deserve being abused.

She said for those who are exposed to violence, if it is at home or elsewhere, the cycle of abuse is a pattern that can be broken. 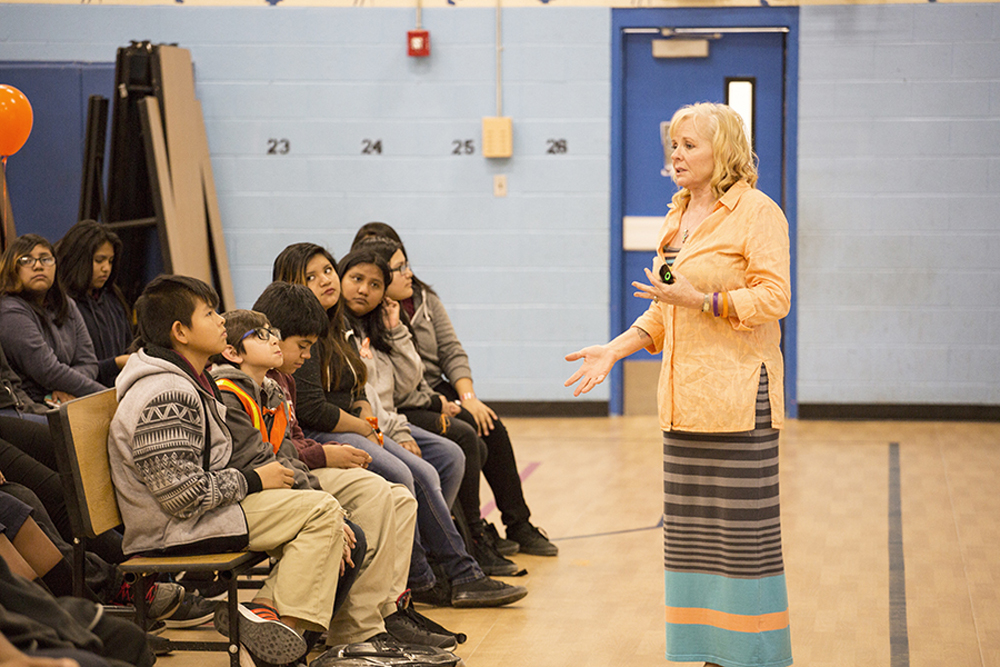 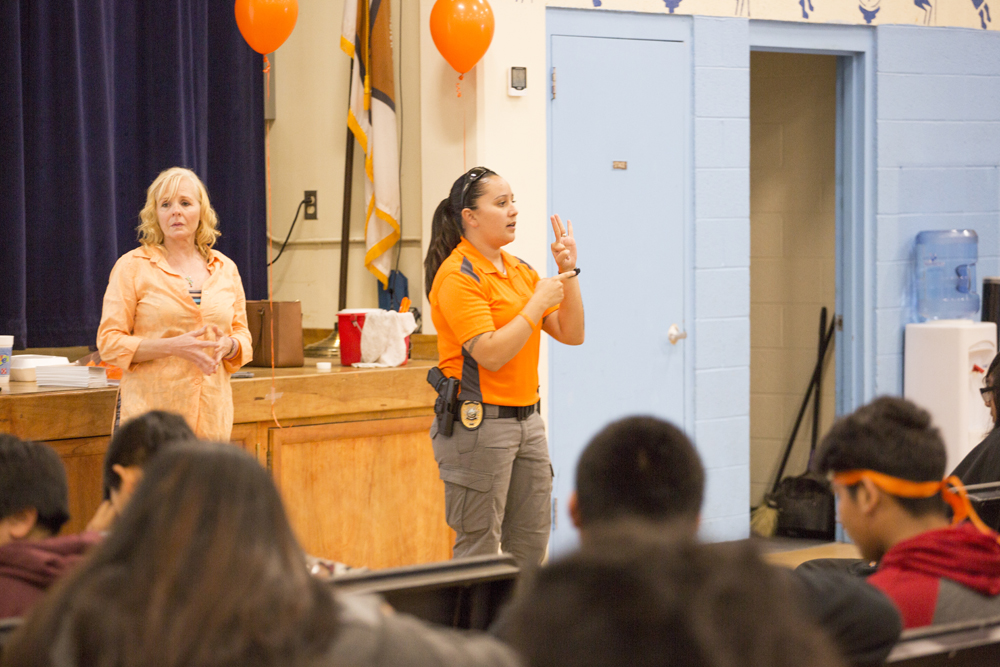 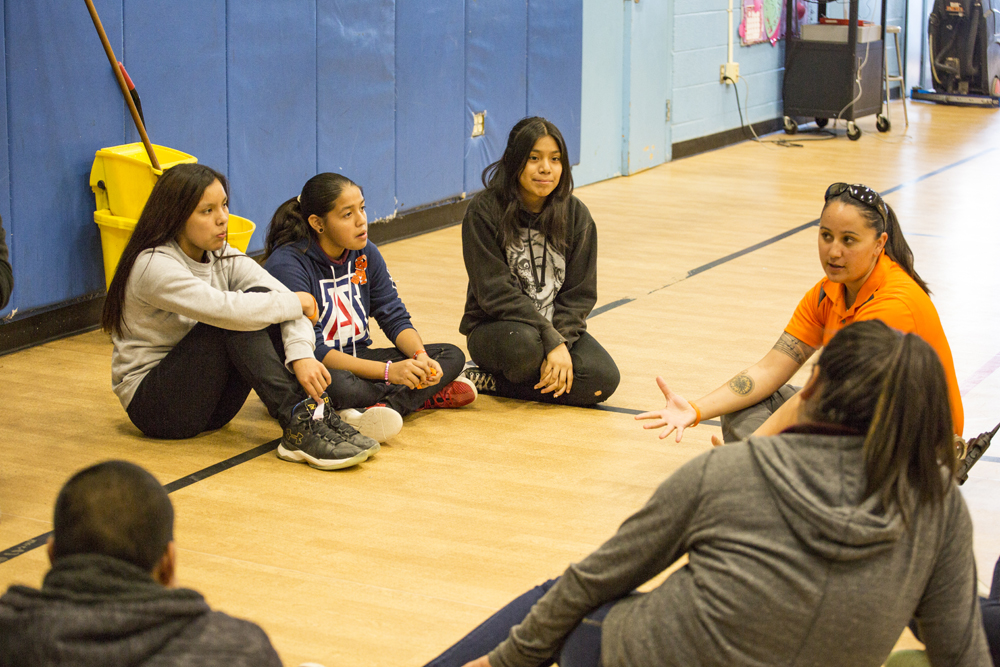