Miss Gila River said it’s been an extraordinary year representing the Community, as she and the Jr. Miss Gila River court see their title reign coming to a close.

Oriana Apkaw stood dressed in her traditional attire before a packed hall, reflecting on the past year of holding the title of Miss Gila River at the District 5 Multipurpose Building on Feb. 18.

Apkaw’s reflection on the many memories and accomplishments were one of many instances shared throughout the afternoon.

She said being MGR made her stronger and that it brought her closer to learning more about the Community through the teachings handed down by her grandmother Eugenia Apkaw.

Copperfield said that while serving as Jr. Miss, there were many high points during her reign.

Of all the accomplishments, Copperfield said the credit was due in part to her family, who supported her choice to run for the title.

They summarized their term as a year of personal growth and bonding, as they learned to overcome the pressures of being titleholders.

Mark said, “This has been an amazing year for all of us. At the beginning of the year I thought I was never going to do this, but after it all, I’m glad I did.”

She said the experience has made her a stronger individual and with the support of her mother, it was an even more special reason to run for one of the Jr. Miss.

Apkaw said the loss of her paternal grandparents last year had a profound impact on her emotions, but she knew it would be better to honor their teachings, by fulfilling her term as Miss Gila River.

She said the commitment includes being able to immerse oneself in the traditions of the Community. which is a major mainstay.

“The girls can get out of it and they get a lot of exposure to the culture and knowledge of the Community,” said Crawford, which includes being able to speak and perform traditional dances or songs in either the O’otham or Pee Posh languages.

The pageant itself is going on 54 years and prides itself on being able to attract young and talented girls from the Community in years past.

This year’s contestants for Miss and Jr. Miss are Annissa Garcia and Haili Gonzales, respectively.

Crawford encouraged the members of the audience to consider their daughters, granddaughters, nieces and even goddaughters, to see if they would like to run for one of the titles.

Gov. Stephen Roe Lewis gave an address to the young ladies and said Apkaw, Copperfield and the attendants epitomized the qualities of cultural awareness, leadership and serve as role models for the next generation of contestants.

He said, “These young ladies reflect the best values of the Community and what it has to offer, not just for themselves, but for their peers and siblings, who look up to them.”

As a token of appreciation Copperfield presented tribal leaders, members of her family and Johnson O’Malley advisor Gene Manuel with gifts for their guidance and support during her time as Jr. Miss.

Apkaw presented the MGR royalty committee the second place trophy that was awarded to the MGR and Akimel O’odham/Pee-Posh Youth Council entry at the Tohono O’odham Parade last month.

The afternoon was concluded by the distribution of giveaways, which segued to a special musical performance by Gertie & the T.O. Boyz. 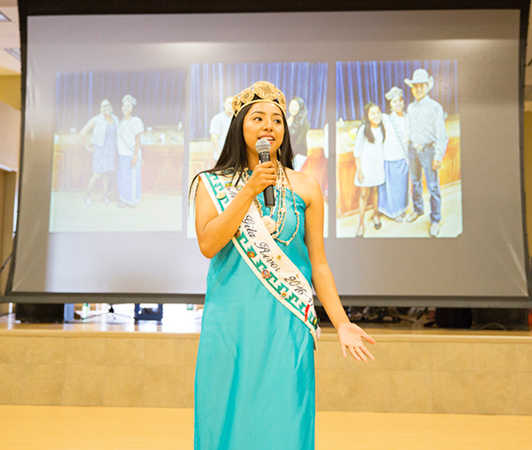 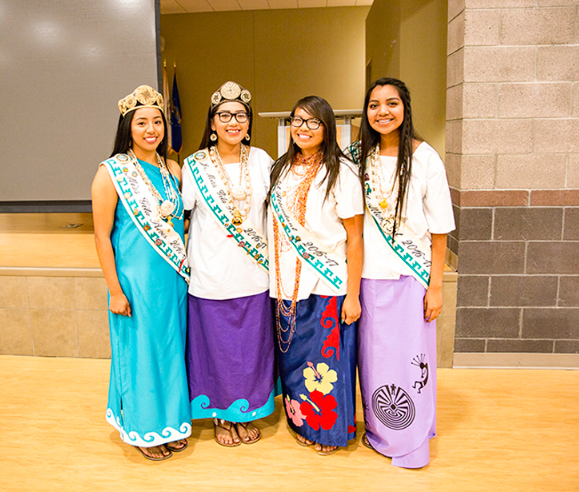 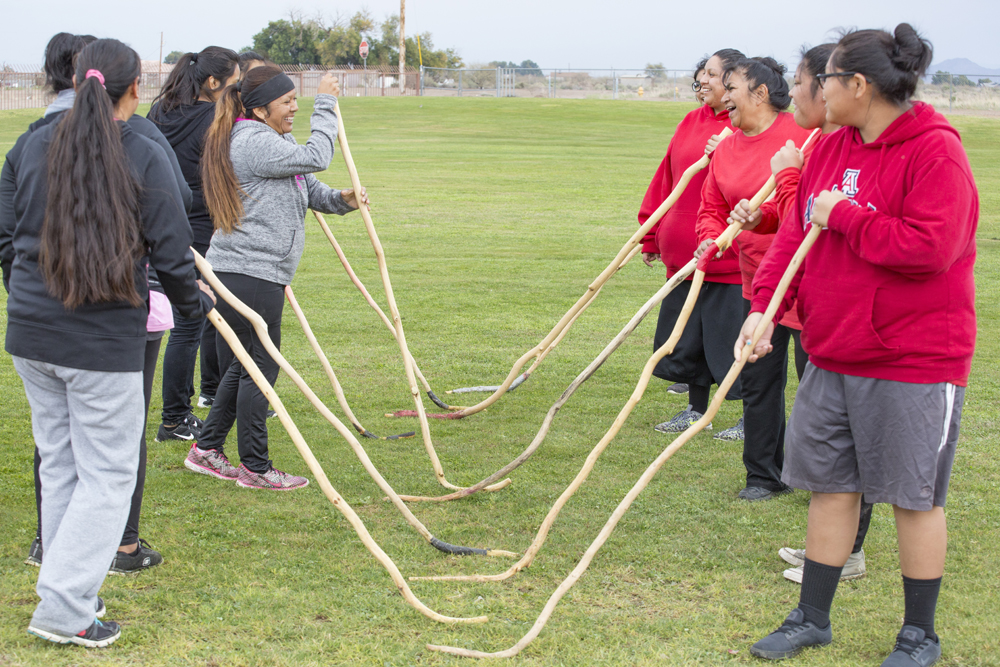 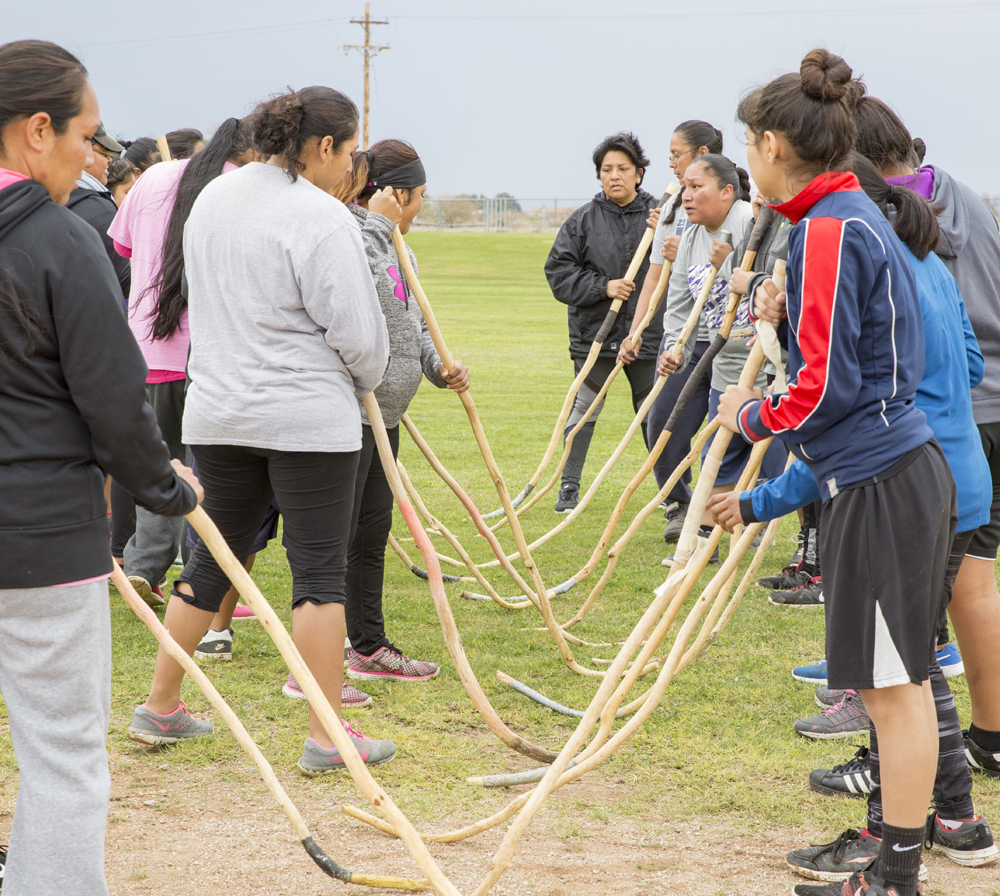 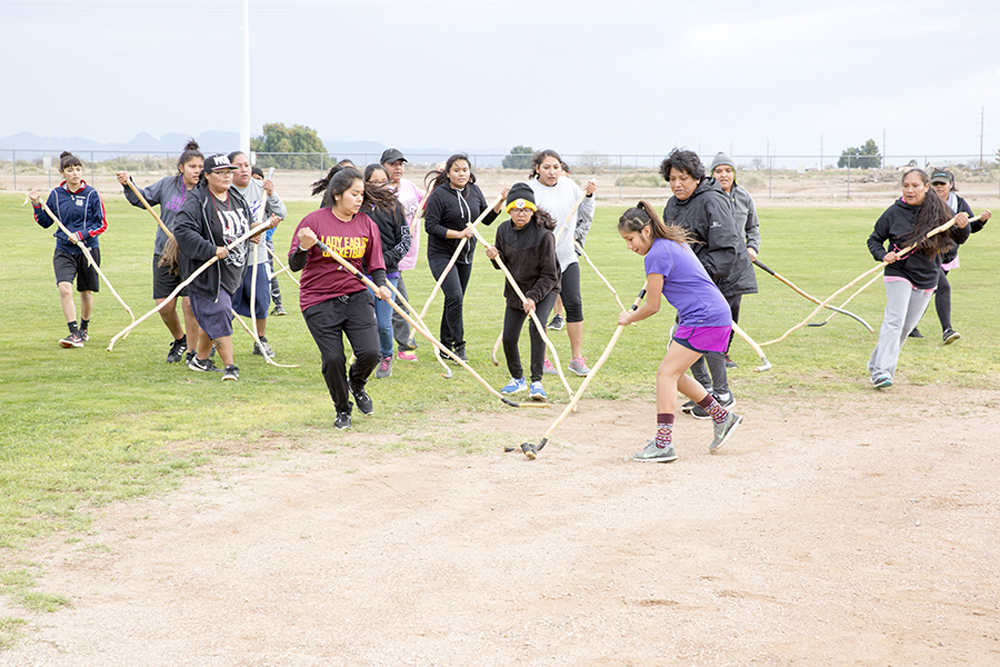 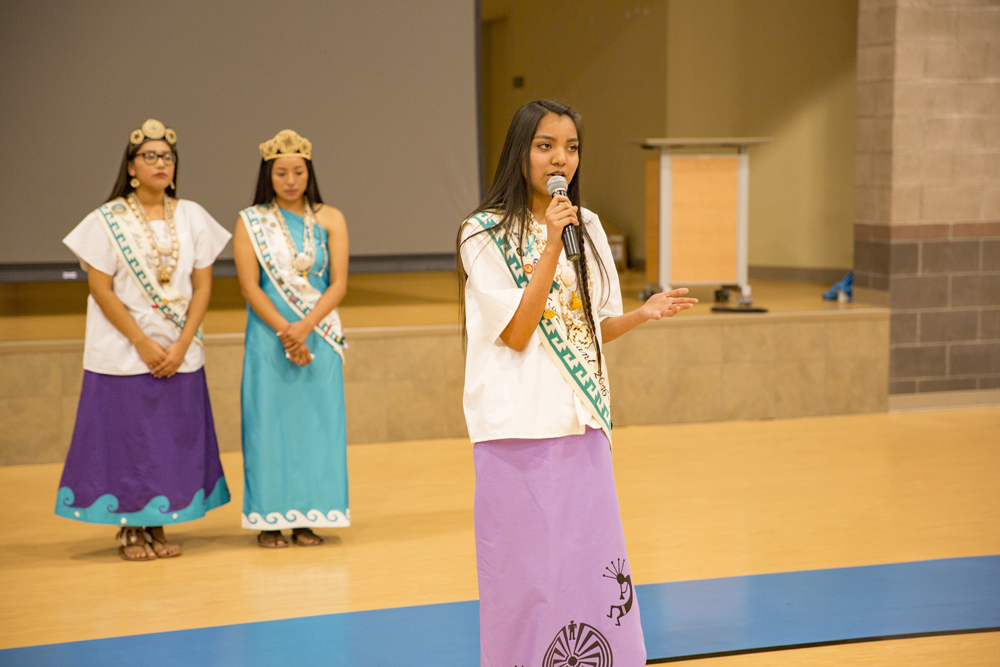 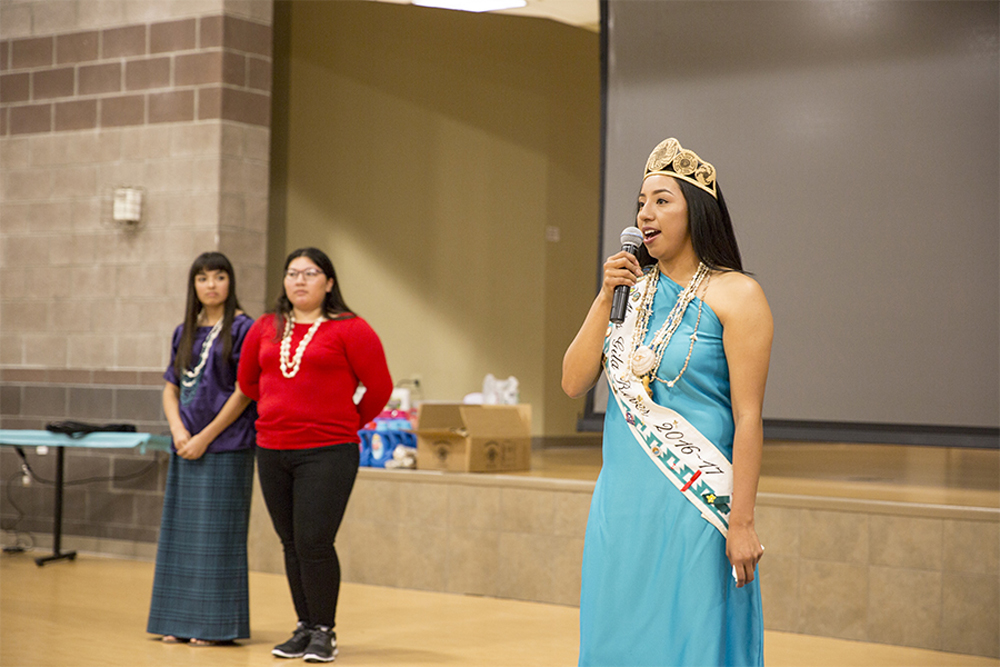 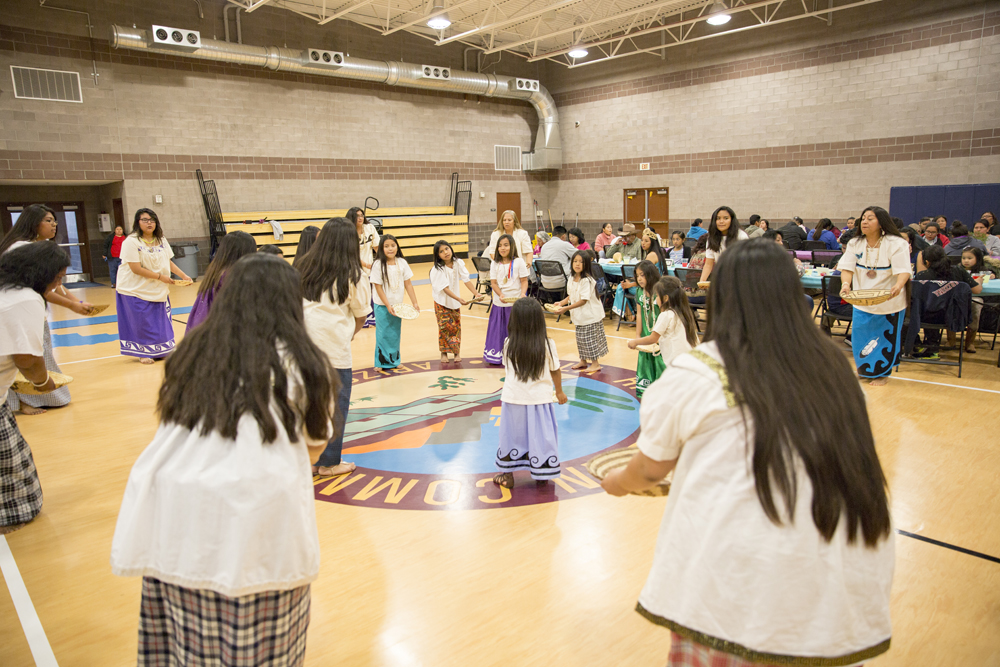 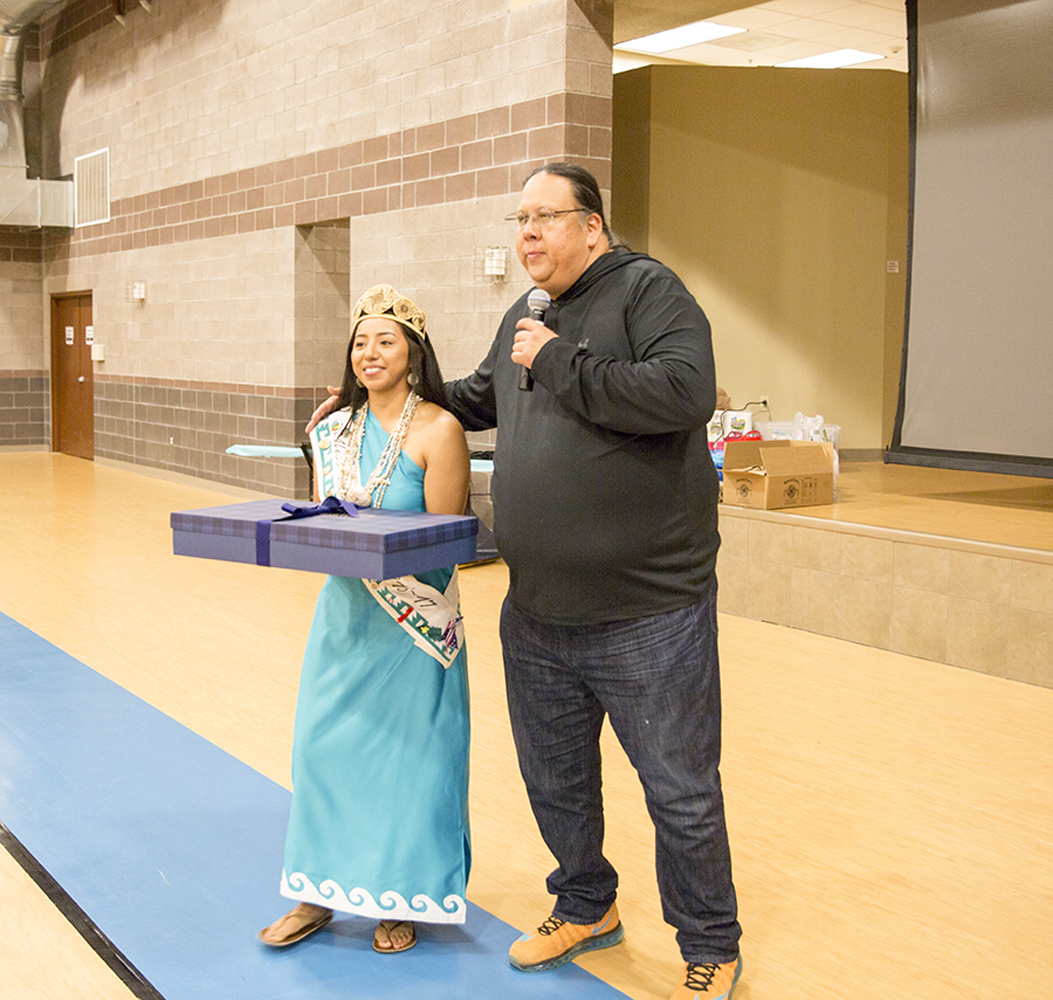 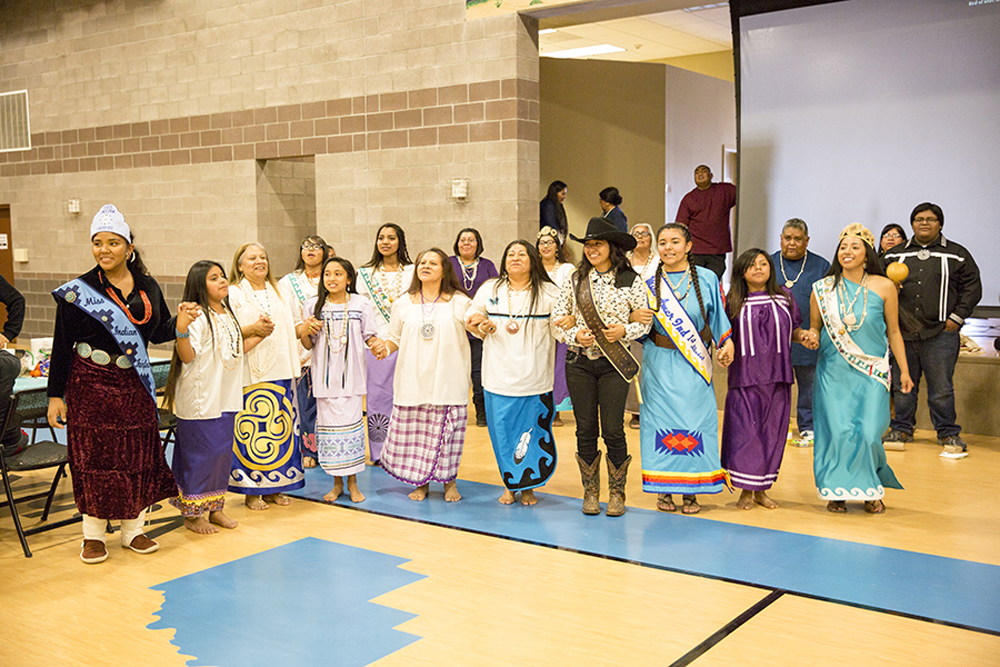