On the eve of one of the largest gatherings of Native veterans in the Gila River Indian Community, Ira H. Hayes American Legion Post hosted a banquet at the Boys & Girls Club on Feb. 24, a day before their annual parade.

The banquet marks the beginning of festivities that are held to commemorate the heroic actions of the six soldiers, who raised the United States flag on Mount Suribachi on Feb. 23, 1945.

“It seems like it’s grown ever year and always for the better. It’s amazing to see how far each of these events have come,” said Ira H. Hayes American Legion Post 84 Commander Chesley Juan Jr.

Former Post 84 Commander Urban Giff said, it is a responsibility for the Post and the Women’s Auxiliary Unit 84 to pay tribute to fallen or deceased service members for their selfless service.

Auxiliary Unit 84 President Carletta McDaniel said, “Welcome everyone, welcome back. It’s good to see familiar faces that have come out to celebrate with us every year. It is so special to see the family of Ira H. Hayes and Rene Gagnon Sr. present tonight.”

Among the distinguished guests in attendance was the relative of Cpl. Ira H. Hayes, Wayne Allison and the son of another flag raiser, Rene Gagnon Jr., who’s father Cpl. Rene Gagnon Sr., was in the famous photo of the flag raising.

The remembrance flag represents the service and sacrifice given by members of the armed forces and is given to the next of kin or family member of that fallen service member.

Gagnon said, “I’d like to thank everyone [here] tonight. My dad loved being out here in Arizona. He held a good kinship with Ira and became really good friends.”

Allison said it was a great honor to receive the remembrance flag on behalf of Hayes and the family.

Kriner said, “With this flag, we honor these patriots’ unwavering dedication to sacrifice. By displaying this symbol collectively as a nation we humbly recognize the enormity of [your] loss and respectively say ‘thank you.’”

Gov. Stephen Roe Lewis said the Community’s veterans and families deserve the up most recognition for the sacrifices they have made to ensure freedom for all.

Lewis spoke of the impact of the flag raising and why it is important to continue recognizing the service of Hayes and the veterans that have put on the uniform to defend the nation.

Lt. Gov. Monica Antone said the banquet is one of the most honorable things the Community can do to remember its veterans for their service and continues to attract veterans groups from all over the country each year. “I think it is very exciting to see all of the veterans come out and celebrate with our warriors.”

Women’s Auxiliary Unit 84 member Doris Jackson said every year an essay contest is advertised to all of the local high schools that surround the Community.

Three GRIC youth, from Casa Grande Union High School were awarded a certificate and gift card for their submissions. The students are Adrian Thomas, Celestial Estes, and Elisha Colt.

Each wrote an essay on the theme, “How to honor a veteran,” in which the students wrote about the dedication and the sacrifices made by veterans in putting themselves in harms way. 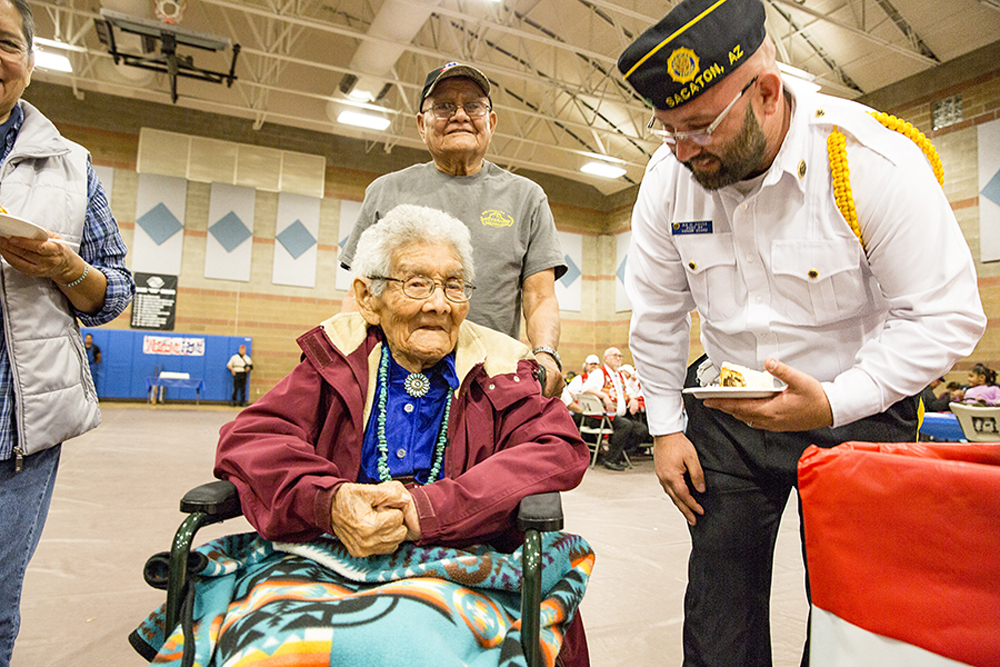 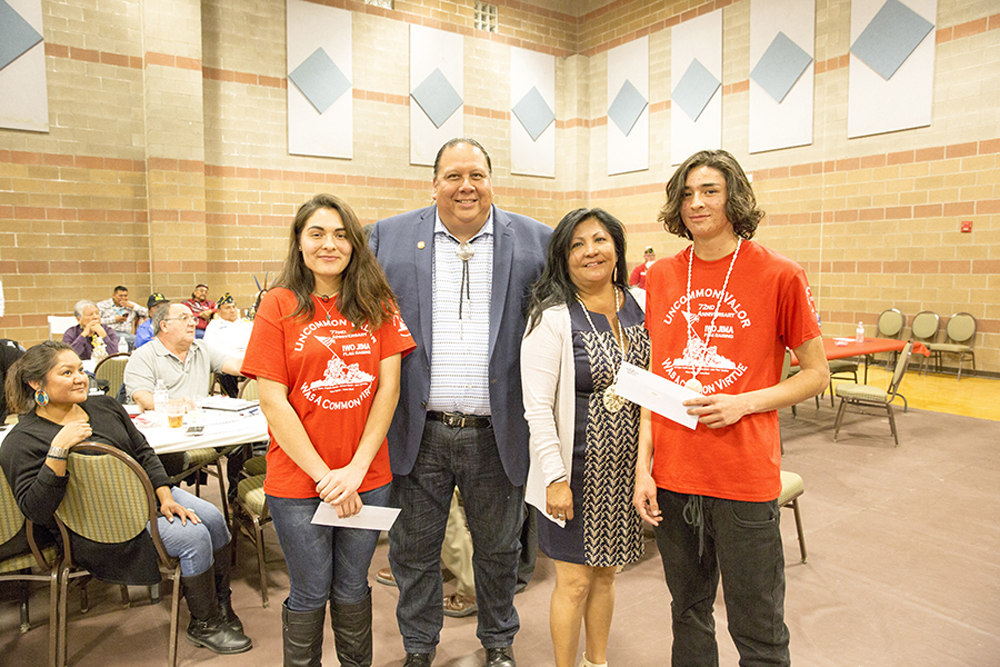 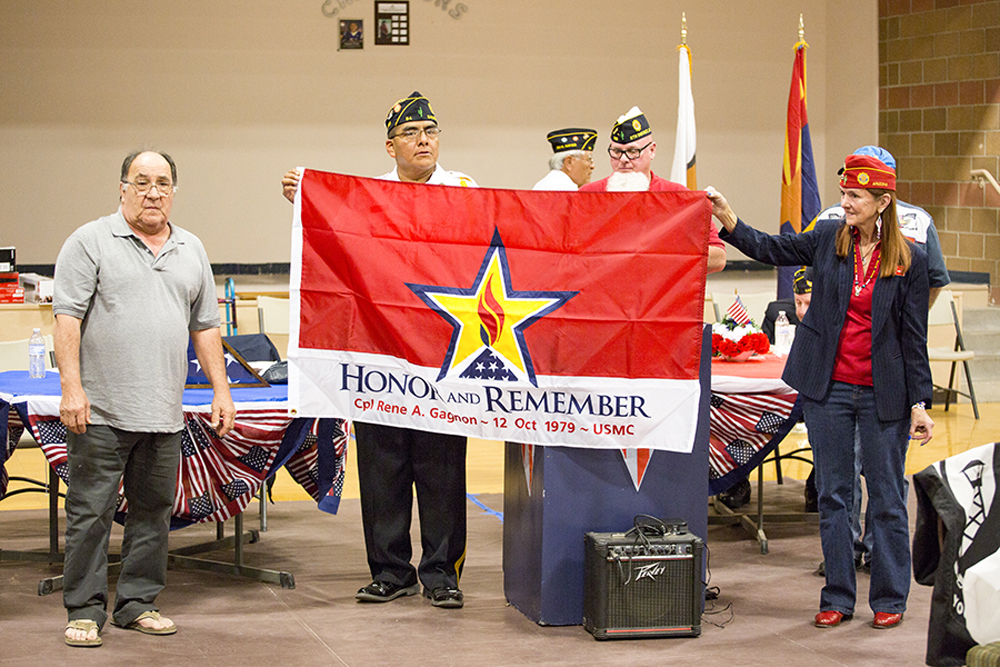 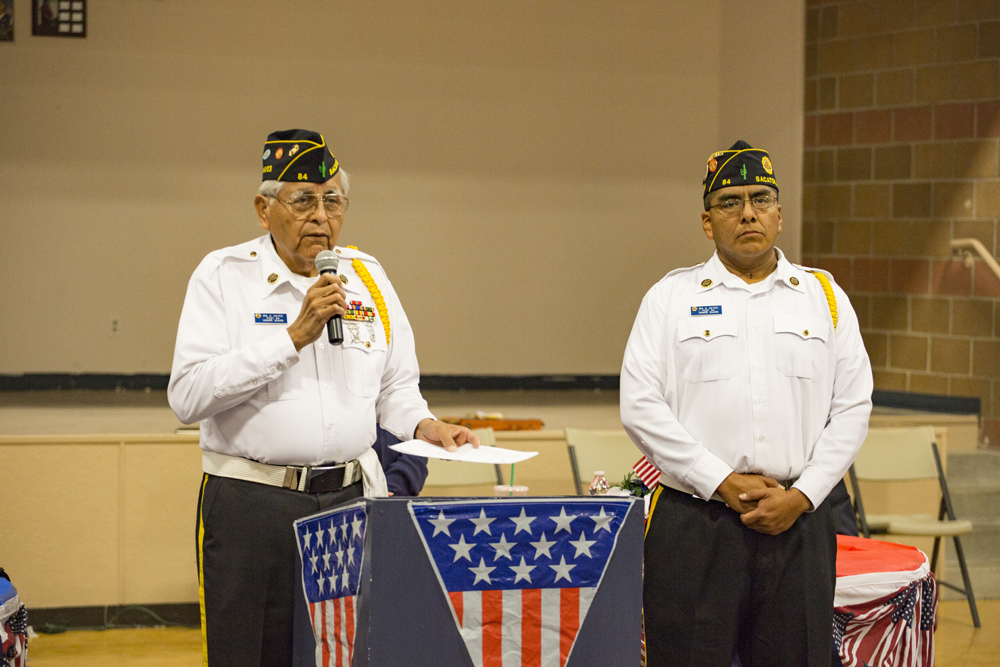 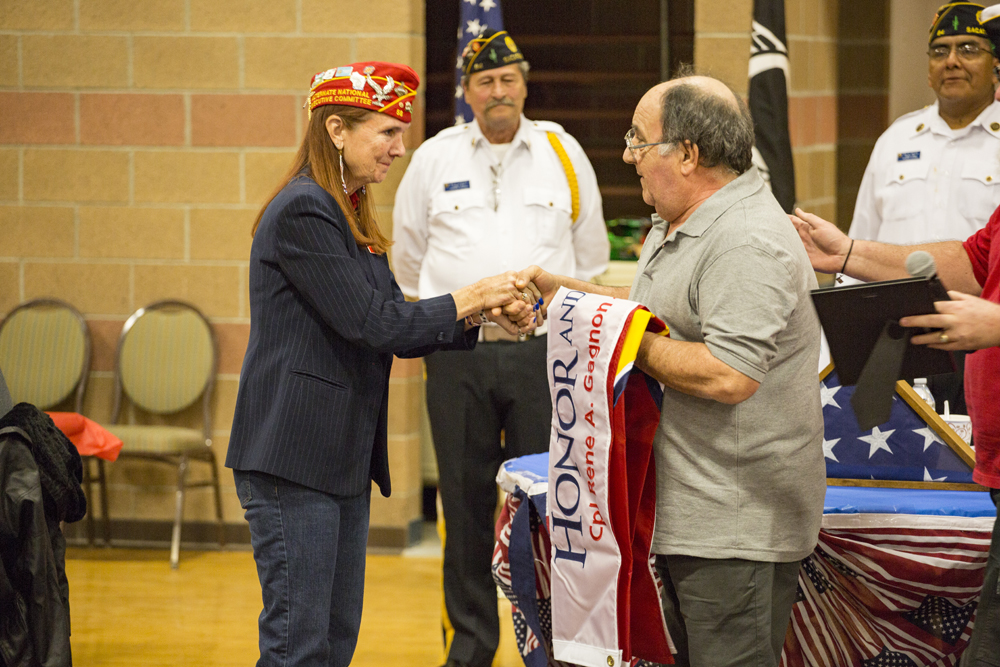 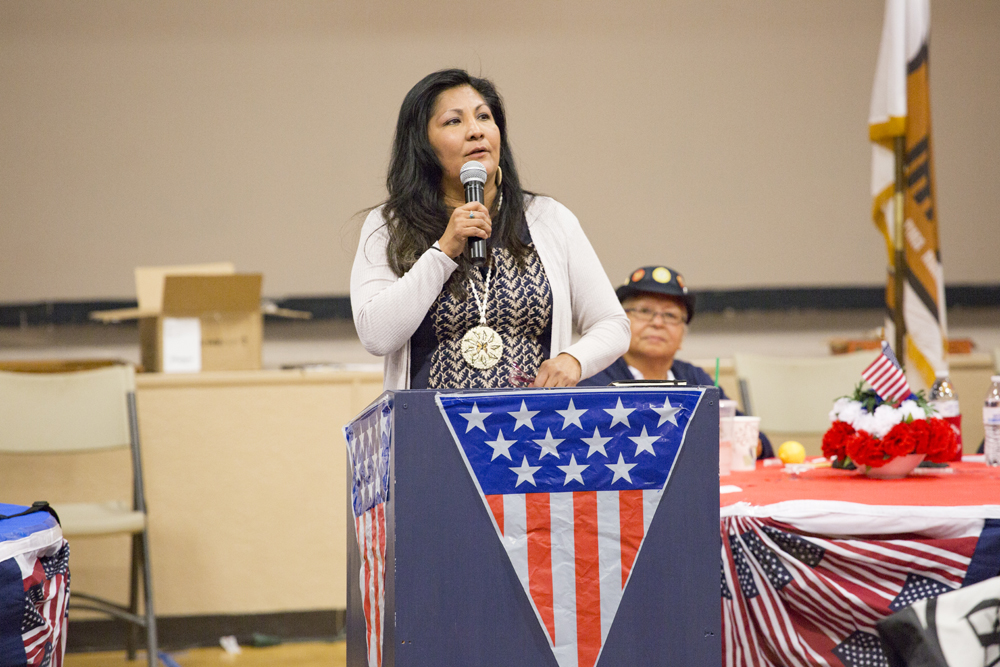 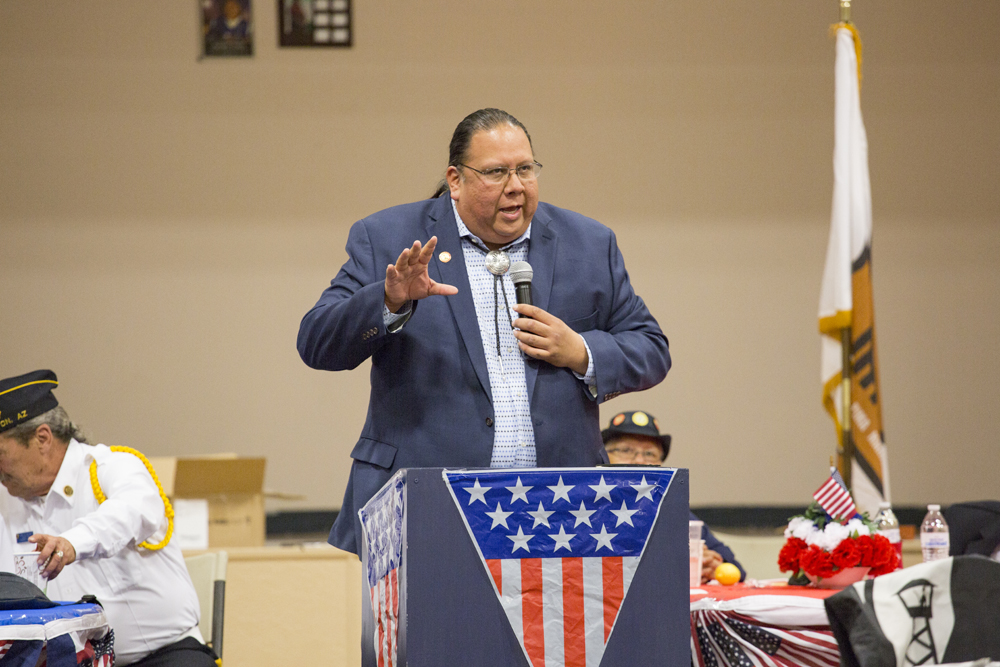 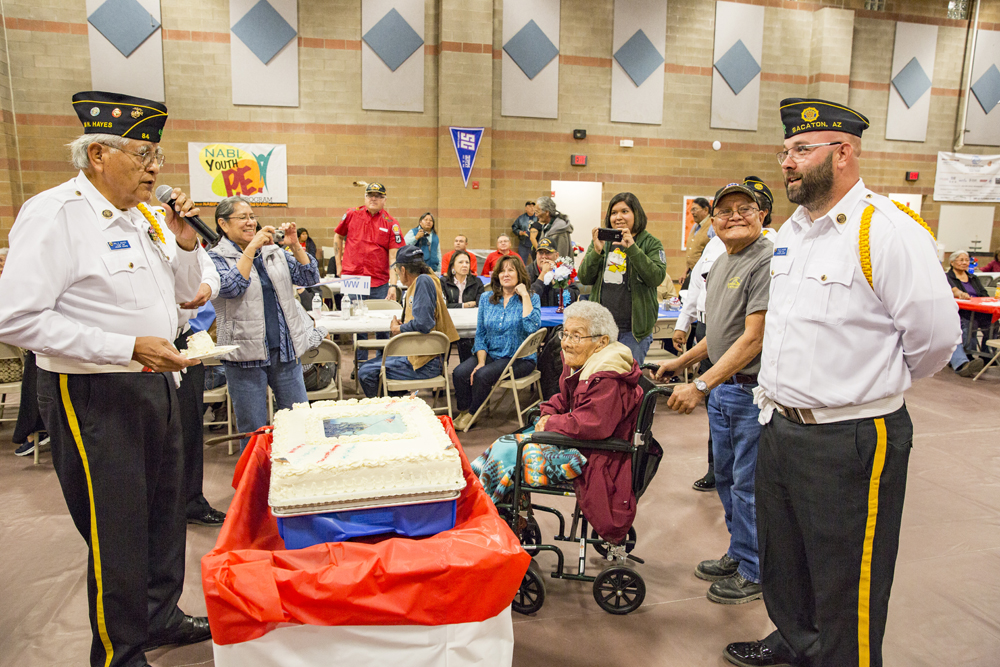