Rene Gagnon Jr. and Wayne Allison live on opposite ends of the country, but are linked by a photograph taken generations ago on the other side of the world.

Gagnon Jr. of New Hampshire is the son of Rene Gagnon Sr. (1925-1979), one of the soldiers captured in the iconic World War II photo by Joe Rosenthal: Raising the Flag on Iwo Jima, which includes Ira H. Hayes (1923-1955) and four other soldiers.

The flag raising took only a few seconds, but the snap of a camera shutter froze the moment in time forever. Seventy-two years later, Allison and Gagnon Jr. met in Gila River to talk about their relatives in the photo, who were friends and comrades.

“I would have to say that the battle of Iwo Jima was valiantly fought,” said Gagnon Jr. “It was a horrific battle, and somehow people like Ira Hayes and my dad were able to stand out as heroes – not so much in their own eyes – [but] for everybody who fought and died on that island.”

The photograph meant hope to a nation on edge, but to the men who raised the flag, it was just a small part of a long day in a vicious, weeks-long battle.

“You have to understand, it wasn’t a posed photograph,” said Gagnon Jr. The American forces raised another U.S. flag atop Mount Suribachi earlier that day, but it was deemed too small and was taken down. “My father went up with the [new] flag, and said, ‘Hey we’ve got to put this flag up.’”

They did, and photographer Joe Rosenthal was there to capture it.

“Who was actually involved?” said Gagnon, “They really didn’t [immediately] know because they were still under fire. They were still fearful for their lives.”

By the time Pres. Franklin D. Roosevelt asked for the names of the men in the photo, three of them, Sgt. Michael Strank, PFC Franklin Sousley, and Cpl. Harlon Block, had been killed in action.

Thanks to some detailed photographic investigation, names assigned to figures in the photo have shifted slightly and the name of Howard Schultz was added to the photo. Schultz replaced Sousley, whose name was assigned to the figure once believed to be Bradley.

Gagnon Jr. said it wasn’t until after the flag raising that Hayes and Gagnon Sr. got to know one another.

“When it came to Ira, there was a bond that was formed between [him and Rene],” said Gagnon Jr., “although one of the first comments that Ira made to him was, ‘If you tell them I was in that photograph, I’m going to beat the crap out of you.’”

“Going on the war bond tour, my father and Ira got to be close,” said Gagnon Jr. “They would go town-to-town and they got to recount their story, so he kind of took an affinity to him.”

But, he said, “There were a lot of towns…where, unfortunately, Native Americans were not welcomed into open society, so to speak.” Ira was lauded as a war hero in the national spotlight, but seen as just an Indian in the streetlight.

“He did what everybody else did, yet, got shunned in some way,” said Gagnon Jr. “And my father took to that because my father was always one to try to stand up for individuals that might have been getting put down.”

It’s sad, said Gagnon Jr., that “Ira had to die at too young an age, had done too much living. He should have been alive a lot longer.”

Gagnon Sr. respected his O’otham friend, and mourned with Hayes’s family in Washington, D.C. after his death in 1955.

Allison has a binder full of news clippings, photos, and memorabilia relating to Ira Hayes. Gagnon Jr. has been researching his father and the other flag raisers his whole life. Both grew up hearing how their relative was an important figure in American history.

“This is one of the pictures that I really was enthused by as a child,” said Allison, with a copy of the photo blown up to poster size. To him, the photo was a reminder that, like Ira, who had a family and an entire community behind him, the men in the flag raising photo had relatives and lives that stretched beyond one particular moment in history.

After his mother passed in August of 2016, Allison took the initiative to learn more about the other soldiers.

He first learned of Rene Gagnon Jr. from a documentary on the flag raising. After some online research, he was able to contact Gagnon through a journalist in New Hampshire. In November of 2016, near the end of their first phone call, Allison invited Gagnon Jr. to Gila River for the annual Iwo Jima remembrance festivities in February 2017.

“I told him that we have this event every year, that I wanted to invite him to come down and join us, that we would talk to some people to see if we could get him down here for this year’s event,” said Allison.

On Feb. 23, 2017, exactly 72 years after the raising of the flag – Gagnon Jr. visited the Gila River Indian Community, where a number of Ira Hayes’s relatives welcomed him, first at a morning press conference at the Wild Horse Pass Hotel & Casino, and later at an evening gathering at the Huhugam Heritage Center.

Knowing that Ira had never married or had children, Gagnon Jr. didn’t realize he had any living relatives, said Allison. Ira’s mother, Nancy, was a Whitaker before she married into the Hayes family. She had a brother and a sis ter named Clinton Whitaker and Emma Cook (née Whitaker) whose descendants attended the evening reception at the HHC.

Kenneth Hayes, Ira’s brother, is the only living relative of the Hayes family line from their parents Joe and Nancy. In an especially touching meeting, Kenneth and Rene Jr. met for the first time Feb. 23. For Allison, reuniting the Hayes and Gagnon families was a special moment that brought the image of Nancy and Gagnon Sr. full circle.

The soldiers on the bond tour were hailed as heroes, but Gagnon Jr. said his father, like Hayes, was uncomfortable with the label and disliked touring the country raising money while fellow soldiers were still fighting in the Pacific.

“My father represented something to an entire nation through a photograph that’s going to live forever in the hearts and souls of Marines,” said Rene Jr., but to a boy growing up in New Hampshire, Gagnon Sr. wasn’t just a national hero, “He was my dad. He taught me how to live, how to love, how to talk, how to work. … In my eyes, he was the only hero in the world.”

He said it took him a while to understand “how he can be a hero to the world, [without] taking anything away from me and the fact that he was my father.”

Likewise, Hayes was more than a figure in a photograph to his family back home on the Gila River reservation. He was a son, a brother, a cousin, and a friend.

Allison said the story of Hayes has helped people from Gila River feel a sense of pride and inspired young men and women to join the Armed Forces.

“I think it was very fortunate for us to have [his story] and to cherish that and to carry it on,” he said.

Every year around Feb. 23, the day the flag was raised atop Mount Iwo Jima, the Gila River Indian Community unites as one family under the memory of Ira Hayes. The people of Gila River come together to uplift one family who lost a son who was a hero to the nation.

Gagnon Jr. was impressed by the Community’s commitment to honoring the memory of Ira Hayes and remembering the Iwo Jima Flag Raising.

“I find it amazing that when I come here, Ira has family, friends, relatives that go out of their way annually to remember him,” said Gagnon Jr.

Thousands of American sons and daughters have been lost to war, but not many fallen soldiers have an entire community to remember them and honor their memory when they are gone. Hayes does. Gagnon Sr., Shultz, Strank, Sousley and Block are a part of that legacy. 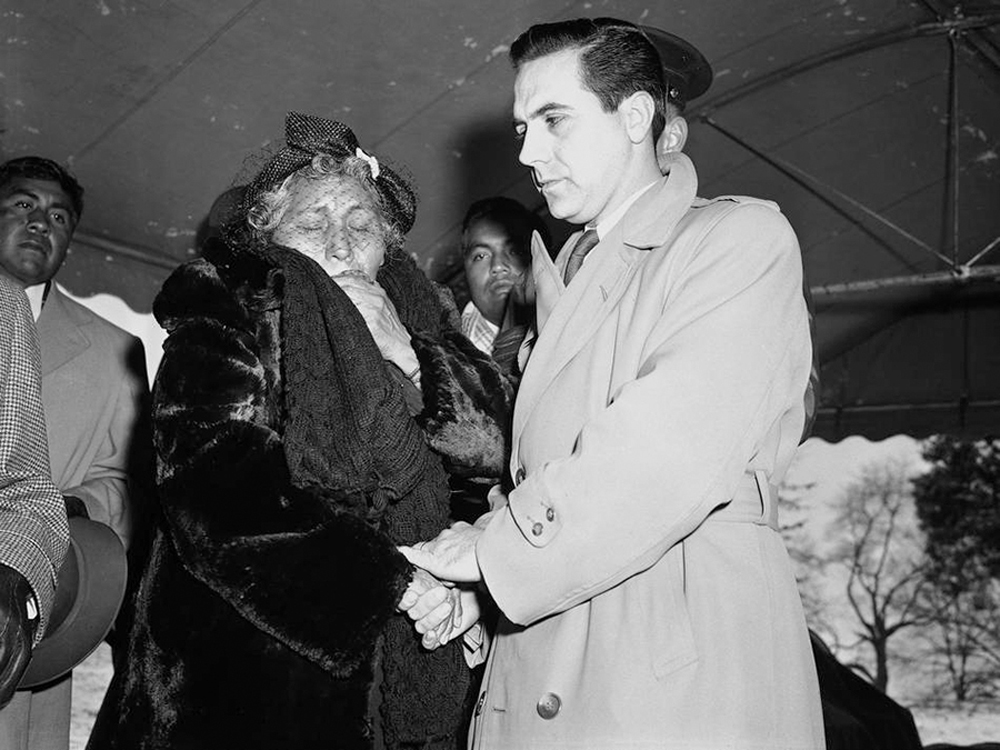 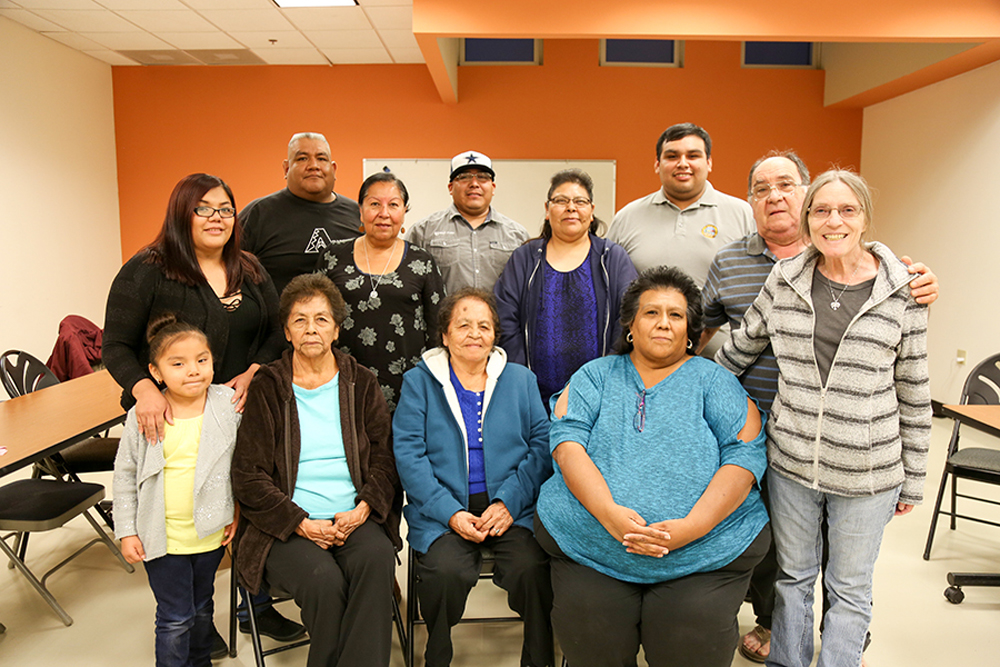 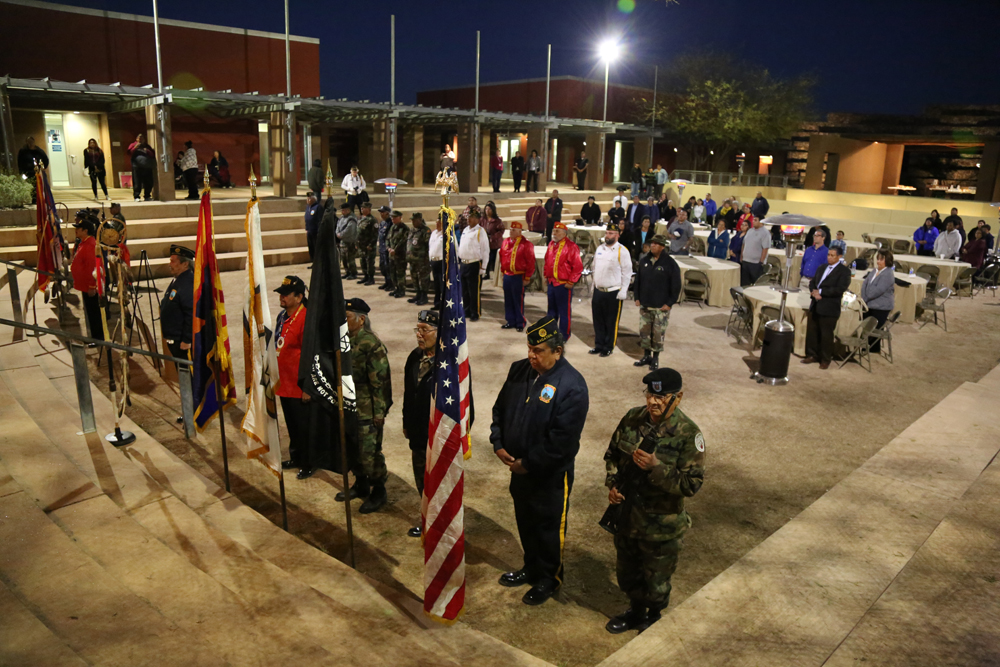 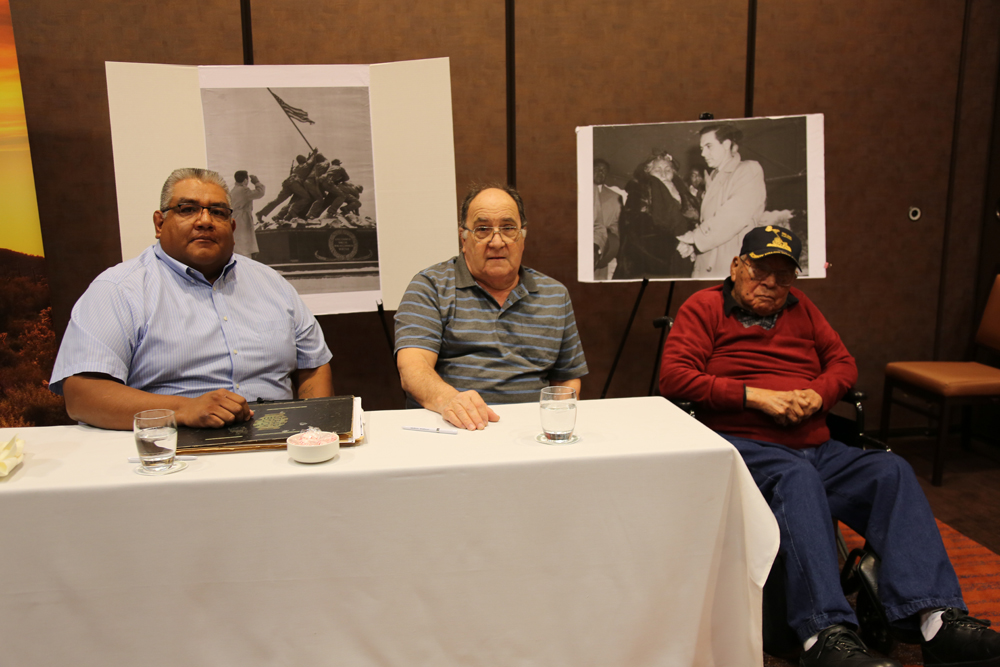 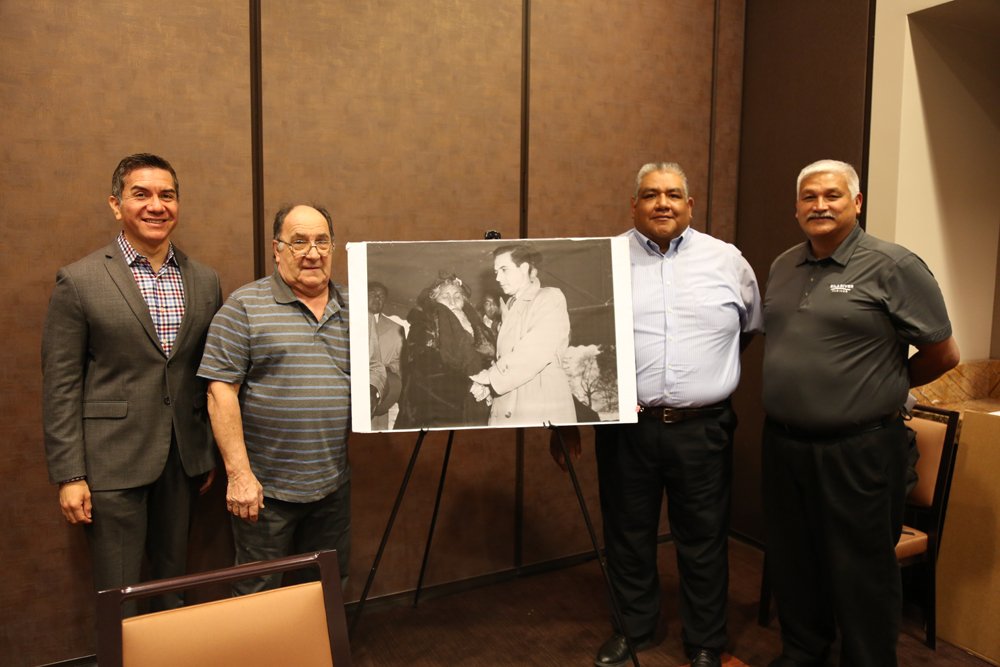 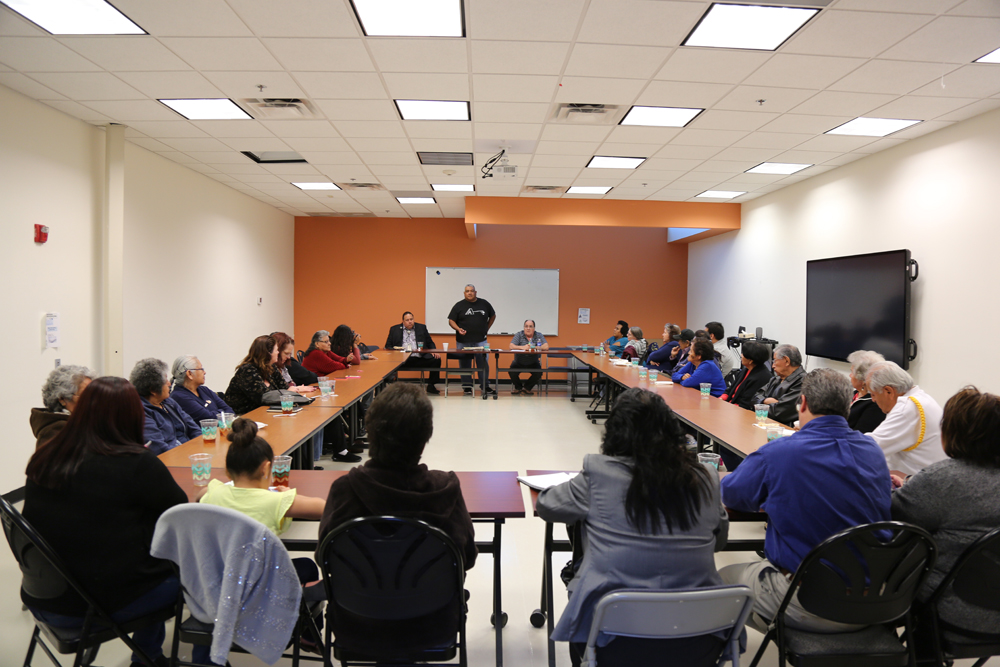