Keeping children well behaved and focused, especially while performing complex tasks, can be a challenge for even the most patient teachers. In an effort to reinforce good behavior and create positive relationships between students and teachers, Sacaton Middle School (SMS) has implemented the Positive Behavioral Interventions & Supports (PBIS) system for the past five years, and according to school officials, it is working.

On the morning of May 4, while SMS students were working hard on their Galileo assessment test, Lt. Gov. Monica Antone stopped by, and in a show of support, took part in the school’s PBIS system by awarding $5 for their good behavior.

“We have our ‘brave expectations’ of being responsible, being respectful, and being safe,” said Gallegos. “During testing, if the students were showing that they are being respectful by listening and following adult directions, being responsible by being on task, being safe [by] keepings hands, feet and objects to themselves, [and] entering and exiting in an orderly fashion, during testing, they were rewarded ‘brave bucks’ for an incentive which went into the drawing.”

Phillip Bonds, SMS Principal, said once the students’ “brave bucks” went into the drawing, eight students a day were chosen through a raffle to win a cash prize.

“We gave away about $40 per-grade to the students,” said Bonds. “They were able to win the raffle by doing a good job putting effort into their assessment testing.”

In addition to giving out cash prizes during assessment testing, the school also holds daily prize giveaways. But while students typically receive money during test drawings, they are more likely to receive items from the school’s student council store for the daily giveaways.

Whether it is cash incentives or student council store prizes the students receive, Bonds says they really appreciate being awarded for their efforts.

The PBIS system is not only working well within the school, SMS has been recognized for its utilization of the system, receiving awards every year since they began the program five years ago.

“It is an entire system that is designed to reward kids for positive behavior and actually encourage them to engage in meeting those three expectations: be respectful, be responsible, be safe,” Bonds said. “If you look around our school you see that just about everywhere you look, we’ve got posters and banners, the kids learn the system really well, some of the kids learn the system better than the adults do.” 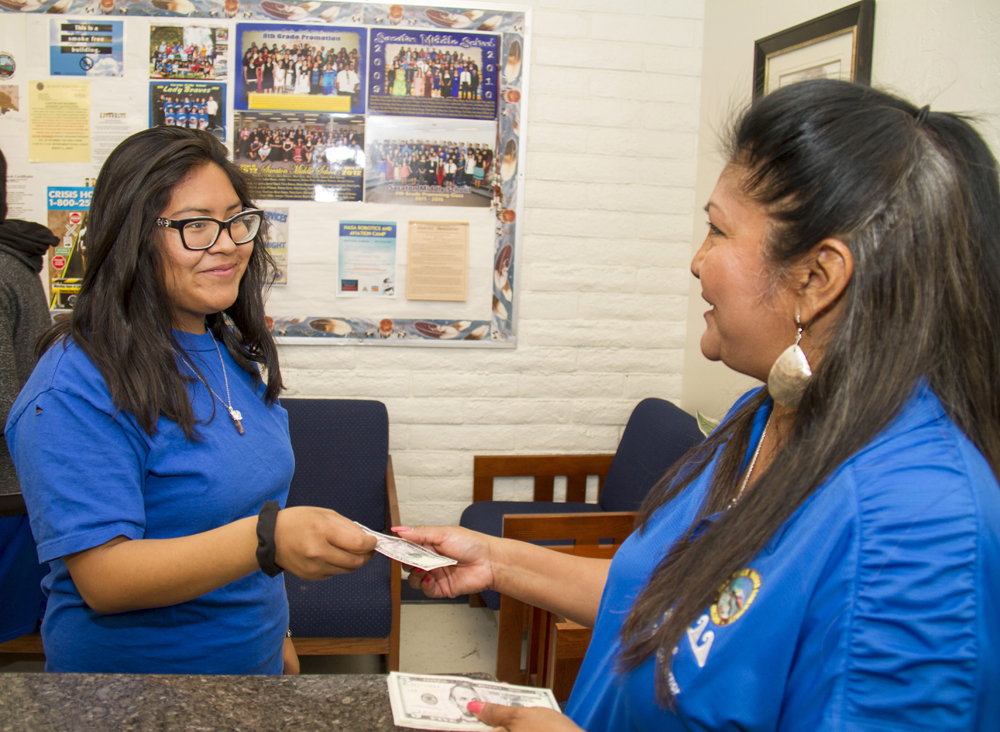 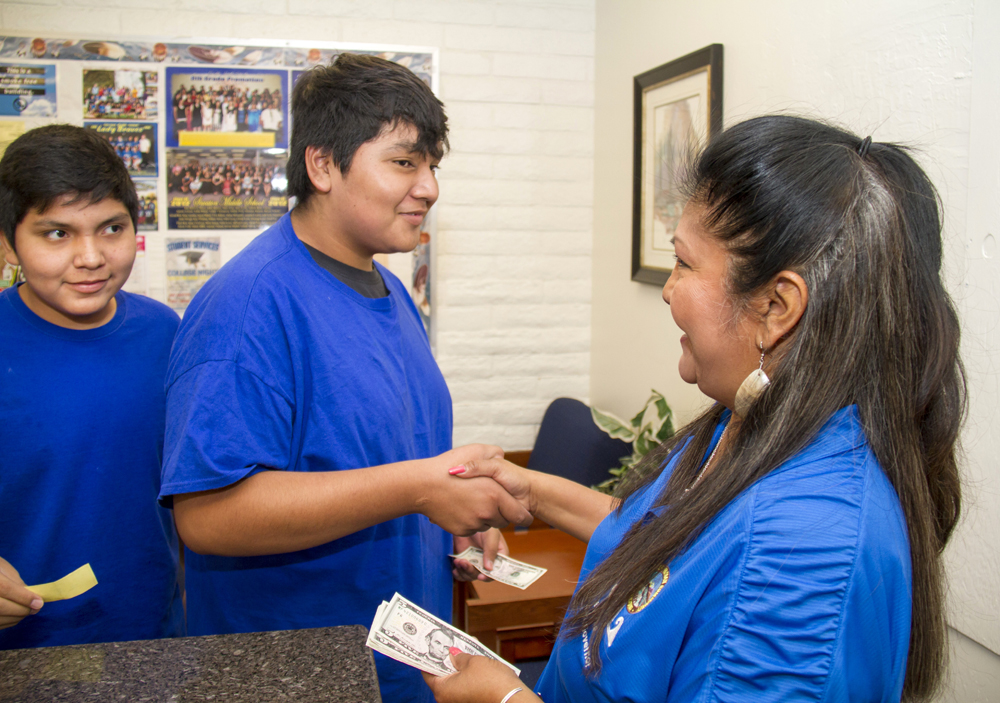