Elders in Sacaton recently received some much-needed home upgrades in preparation for the hot summer months.

Fourteen homes in the District 3 Elder Complex have undergone weatherization improvements thanks to a federal grant administered by the Inter Tribal Council of Arizona.

“The program is specifically for low-income folks, for elderly, families with children,” and those with disabilities, said Bruce Robinson, ITCA Water and Energy Program Manager.

“Low-income folks,” he said, “historically have paid an inordinate amount of their income for utilities. So electricity is a huge consumer of their income, so what we’re trying to do is offset that and make it easier.”

Weatherization means the home is modified for optimal energy efficiency, which should lead to reduced power use and lower utility bills. First, homes are identified and verified that they qualify for the grant, then houses are assessed for air leakage and insulation problems, and finally weatherized for energy efficiency.

“[We] really just make it as energy efficient as it can be, especially in the summer months,” said Bonnie Dekavallas with Arizona Renewable Energy Measures, the contractor ITCA works with to complete the weatherization. “We’re keeping the conditioned space of our home separate from the unconditioned space, lowering utility bills, and making their homes more comfortable.”

“We do a whole home energy audit,” said Dekavallas. “We go up into the attic, we look at insulation quality, level, any air barrier issues up within the attic. We do a blower door test, we depressurize the house and we check…for the amount of [air] leakage.”

After a series of tests, the results are analyzed and the company determines which upgrades are needed to happen to make the house as energy efficient as possible.

“A lot of times we can just install 90% Solar Screens,” said Dekavallas, “which actually keeps out 90 percent of the heat.” The screens are super dark when viewed from the exterior and prevent sunlight from entering the house.

“It’s amazing,” said Dekavallas. “When you put them on, instantly, if that heat’s coming in, you feel it stop. And so now you’re cooling down the inside of your house because that heat’s not coming in from the outside.

To help with air flow, the contractor will install new exhaust fans in the restroom and transfer grills on the bottoms of the doors, which allow air to flow from room to room even when doors are closed.

“And they aren’t the ones that are just one speed. They’re variable speeds and they’re on a lot and they’re very quiet,” said Dekavallas.

Robinson said, “Your ductwork is something that the homeowner never sees. The assumption that they have is that it’s connected and performing as it was intended when the home was built.”

But, he said, in older homes they often discover “they’re disconnected or there’s a leak or they’re crimped and there’s not adequate flow, or they might not have been designed with energy efficiency in mind to begin with.”

The weatherization grant pays for repairs to the air ducts to be completely sealed, allowing no cool air to escape or hot air to invade.

One resident named Teresa said she expects to see a lower electric bill and appreciates the increased power to the A/C. “I feel a lot of air coming through the vents,” she said. “In here it’s real cool.”

Another, Margarita, said, “Yes, [the upgrades] are very much needed.” She said she expects to breathe better too, with her house sealed up better and keeping the indoor air clean and the outdoor allergens outside. “It will be much better. It’ll be easier to breathe.”

The ITCA administers the Weatherization Grant, a product of the U.S. Department of Energy. The cost of renovations on this project ranged between $4 thousand and $6 thousand per home.

The grant covers 14 homes in the District 3 Elder Complex, but DCH is working to complete comparable weatherization work on the remaining six units of the complex.

“This is just an opportunity to leverage the…funding that we receive on an annual basis,” said Thomas. “So our plan is to complete the same – or near the same – assessments that Arizona Renewable Energy has done, to the remaining units,” with DCH funding, Thomas said. 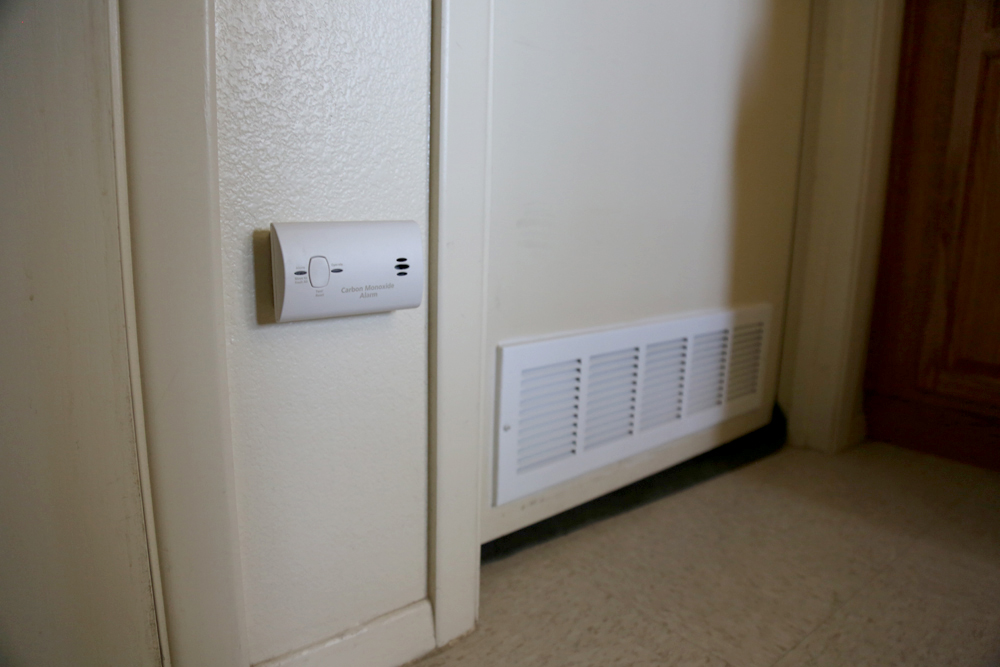 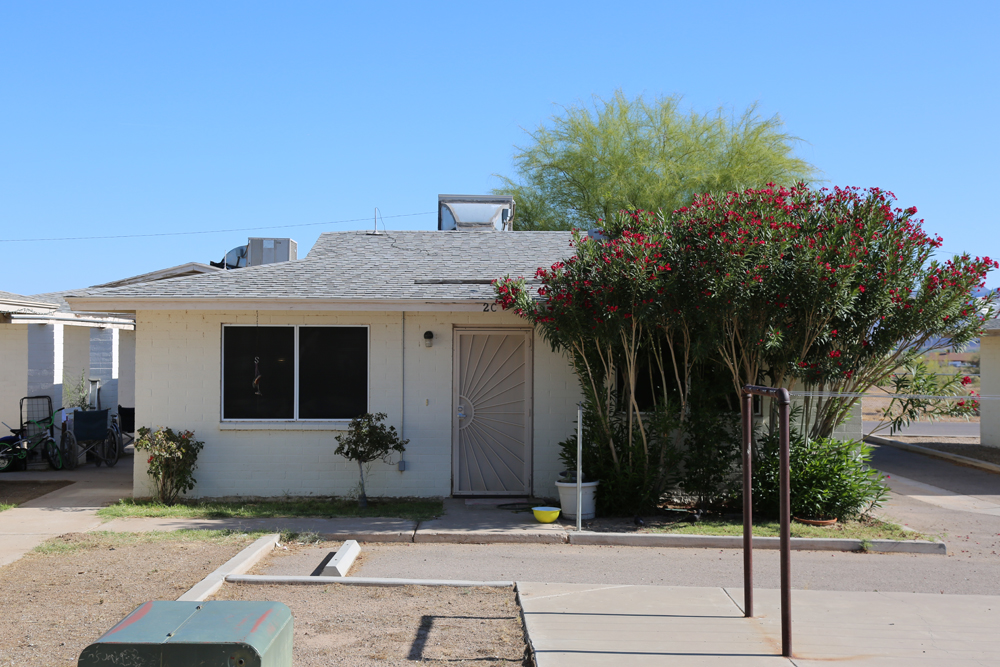 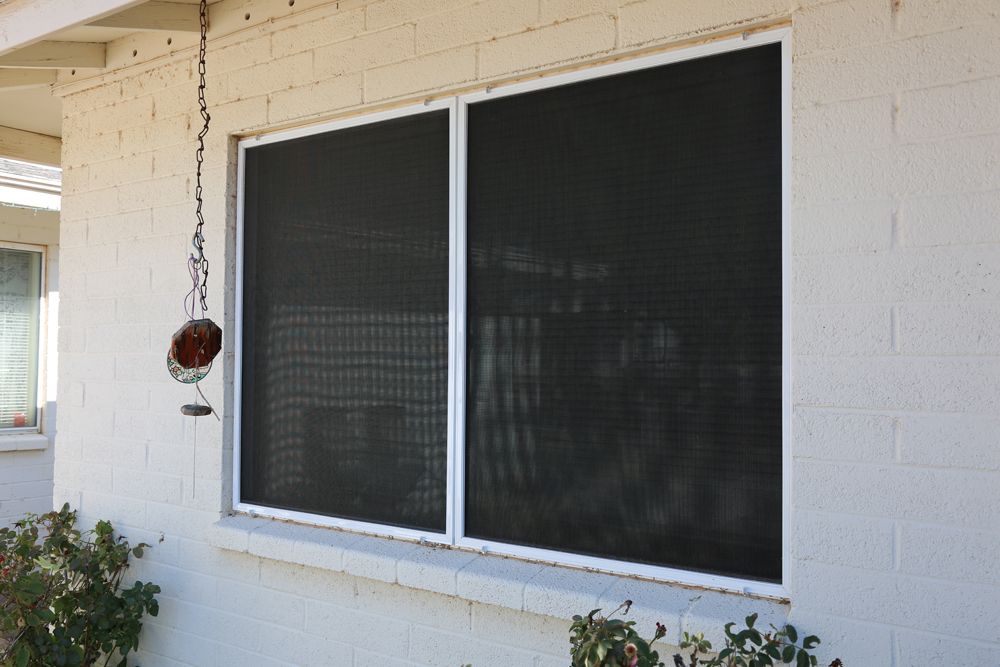 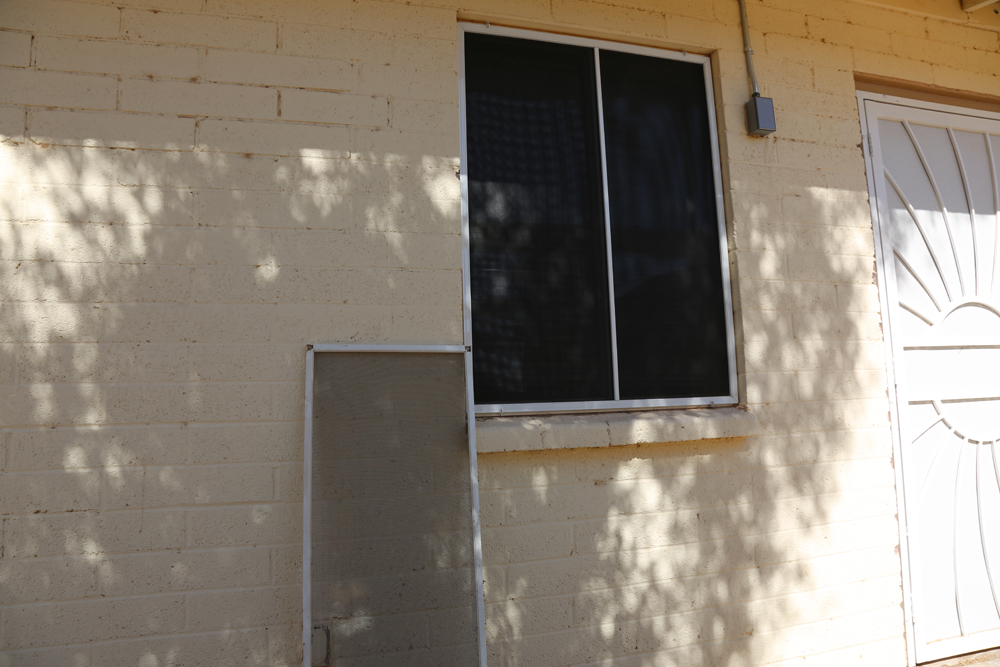