Food distribution program workers got a taste of O’otham and Pee Posh culture during an annual conference culture night.

The Western Association of Food Distribution Programs on Indian Reservations is an organization that unites the 35 commodity food distribution programs in the western region.

(The group goes by WAFDPIR, for short. The acronym is a mouthful, but it’s fitting for programs designed to make sure their clients’ plates are filled and no one goes to bed with an empty stomach.)

The WAFDPIR 26th Annual Conference was held at the Wild Horse Pass Hotel, but on May 2, guests visited the Huhugam Heritage Center, where they examined artifacts and enjoyed a meal of red chili stew and tepary beans. Performers from the Gila River Indian Community sang bird songs and performed basket dances to reflect the uniqueness of the two tribes.

“Commodity Foods kind of has a bad rap from back in the day, but it’s really changed over the years,” said Mary Dixon, the Community Nutrition Program manager with Gila River. The Food Distribution Programs on Indian Reservations are funded by the U.S. Department of Agriculture (USDA) Food and Nutrition Service.

“They wanted it to be a program that really is about nutrition,” said Dixon. “Everything used to be canned and white labeled, and now we have fresh produce, we have fresh fruit, juices, frozen meat, and there’s also a move to [provide] more traditional food.”

At the culture dinner, Lt. Gov. Monica Antone presented three food distributors with O’otham works of art in recognition of their long-time service to the reservation food distribution industry.

The WAFDPIR Annual Conference used to be held regularly in Reno, NV. But Sanchez, Coeur d’Alene, said when he joined the WAFDPIR board, he recommended they rotate the annual conference among the homelands of the people they serve.

“We need to support the tribal programs that are involved in this,” he said. “So three out of the last four years, we have been, and it’s been wonderful. People are loving it. Participation rates are increasing every year.”

The WAFDPIR represents 35 agencies that operate in seven states and serve many more tribes with one distribution program potentially serving several neighboring tribes.

Two years ago the conference was held in the land of the Lummi in Washington. Last year it was in Coeur d’Alene in Idaho. This year, Sanchez was happy to visit the homeland of the O’otham and Pee Posh.

He said, “After the conferences though, we try to learn and experience as much as we can from the community that we’re in.” The Huhugam Heritage Center is the go-to destination for guests to learn about the O’otham and Pee Posh.

“It’s just a way of showing Gila River off because we probably won’t have another conference here in quite a while,” said Dixon. 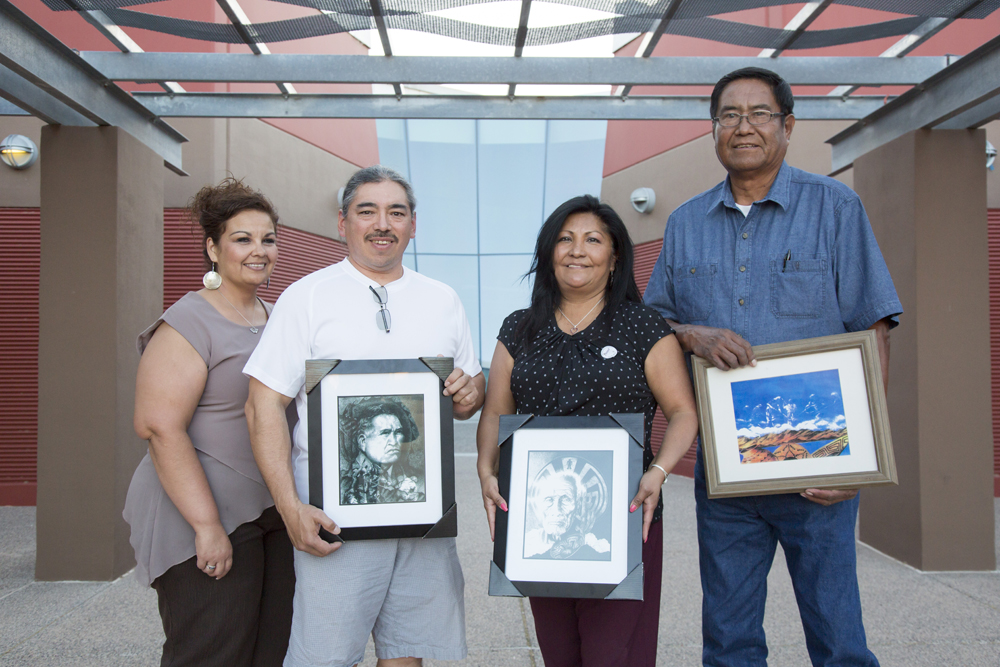