In the field of law enforcement a police officer’s ability to assess and collect information has been the foundation for effective police work.

As technology becomes more efficient and compact, equipment like  body cameras are becoming common sights in police departments across the country.

The Gila River Police Department is becoming the latest law enforcement organization to integrate body cameras in its police force.

GRPD is currently issuing the units to all field officers and is going through an assessment period to see how they can best utilize the cameras, which will be used to record a police officers interactions with the public during such events as a home dispute or traffic stop.

GRPD Officer Jeff Hunter, described the two types of cameras that will be worn by officers that can either be worn over the shoulder or in a front facing configuration and can be operated with the touch of a button to start recording video.

Manufactured by Axon, formerly Taser International, there are two offerings of body cameras.

The first model is called the Axon Body 2 and can record and stream video in high definition according the company’s website.

The second model is called the Axon Flex 2 and can be placed on any part of the officers uniform or on sunglasses and visors to provide a point of view perspective of everything the wearer sees.

“It’s about building trust and keeps a balance of honesty,” said GRPD Chief Kathleen Elliot, discussing the decision to integrate body cams into the department.

“Sometimes there’s different perceptions of what happened, but when you play [it] back and see [this] is what happened…I think its one of the reasons that we are looking into [this],” said Elliot.

The idea is, that body cameras can help resolve public complaints against police officers by accurately depicting what happened from the video and then address the issue appropriately.

“They are very beneficial to law enforcement and to the public, and are quickly becoming a part of officer’s uniform equipment,” said Hunter.

He said the body cams are also about creating officer safety and can be used for training purposes.

“So many times in the past we’ve had situations where we have gotten citizen complaints, but we don’t have any evidence to back the citizen’s complaint or the officers statement, so this will give us an opportunity to have that evidence, because it will be video recorded,” said Hunter.

Across the country other police departments have used body cams to document their interactions with the public and in some cases have provided an un-altered look at what happens on patrol.

Elliot said, “[We] see it nationwide now, technology has improved and every citizen that has a smart phone is out there recording their interactions and you post a short clip on YouTube and that’s what people see, but there is a lot leading up to that…so this is a way to record the entire interaction.”

GRPD’s adoption of body cams is representative of the over 18,000 law enforcement agencies nationwide that are phasing them into service.

Hunter said officers are being trained on how to use the body cameras before going out on deployment, so they are ready during such activities like a traffic stop, calls for service and the countless other calls they respond to.

Although the body cams provide an extra set of eyes, a benefit to that convenience is being able to review and assess what can be done differently the next time an officer goes back out on their next deployment.

“We have what is called the Field Officer Training Program. The field training officer can actually sit down with their trainee and look over their actions and identify what may need to be corrected,” said Hunter. 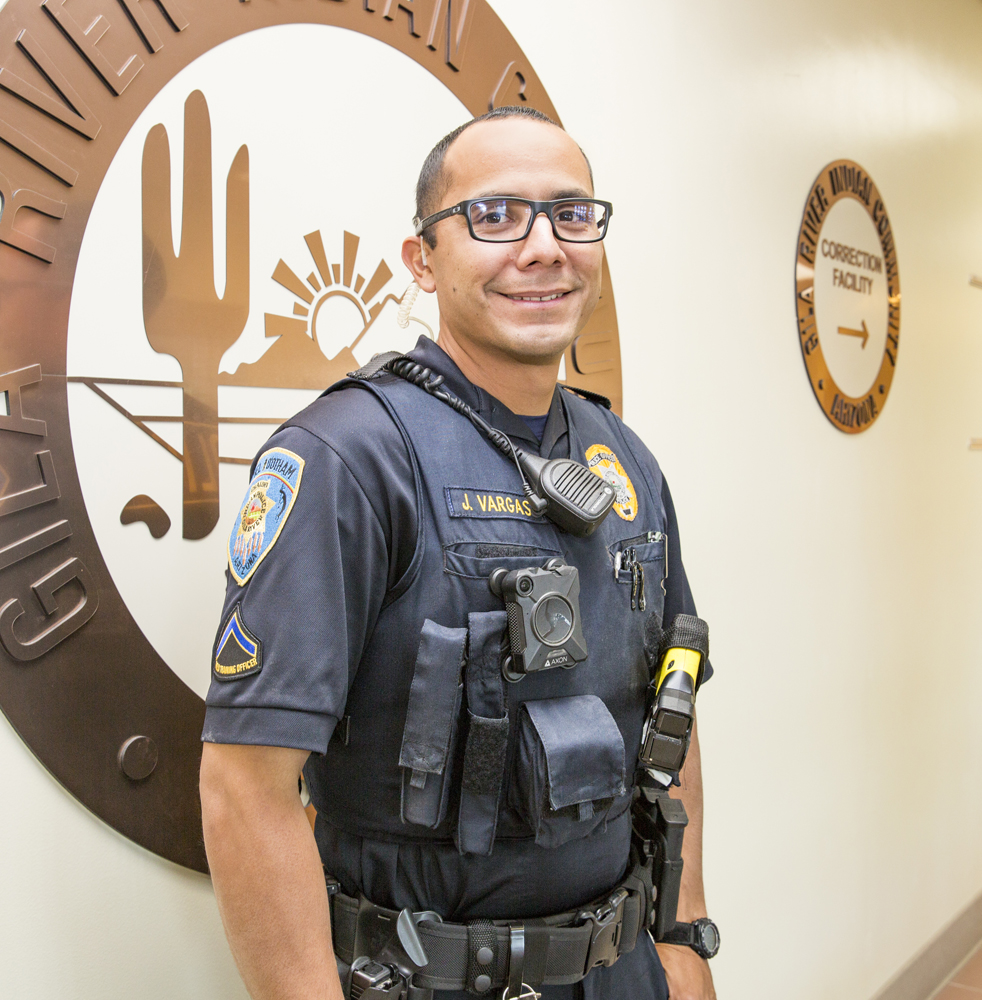