Around 50 students, hailing from different schools in the Gila River Indian Community, were up bright and early on May 4, loading their luggage onto charter buses in preparation for a lengthy 8-hour journey to one of the most competitive robotics competitions in the country, the 2017 U.S. RoboRAVE held in Albuquerque, N.M.

Before students from Sacaton Elementary School (SES), Sacaton Middle School (SMS), and St. Peter Indian Mission School climbed on board their bus and hit the road, they received a blessing from Jason Enos and farewell from family, friends, and tribal leadership. Inside SMS’s library, Lt. Gov. Monica Antone congratulated the students on their hard work and wished them luck in the competition.

Angelica Munguia, mother of Adrian, who is a seventh grade student at St. Peter’s, said that while she was excited for her son’s opportunity to participate in the RoboRAVE, she was still nervous about him traveling so far from home.

“I am very nervous actually,” said Munguia. “I really want him to keep going with this and experience all of the things that he can do because his mind is impressive. He is really good at math and I feel that helps him a lot and sometimes he talks to me about robotics and I really don’t understand what he is talking about. But he is so excited about it, so I feel very proud of him,” she said.

Adrian, whose dream is to become a NASA engineer, said he was also feeling nervous about the competition because he would be facing some of the smartest students across the country.

“Think about how many smart people can be in one state,” said Adrian.

“And then you think about [how] many other states [there are], and then once you think outside of the country, you are going against so many different people that could match [you] and go above you, and it is just really exciting,” he said.

From May 5 – 6, students from SES, SMS, Gila Crossing Community School, St. Peter’s, Cesar Chavez High School, and Betty Fairfax High School battled it out against 358 other teams inside the Albuquerque Event Center, attempting to beat their opponents in the robot jousting, mazing, and lighter than air vehicle categories.

SMS Science Teacher and founder of the school’s Robotics STEM Club, JoEllen Kinnamon, said during the qualifying competition, three students in particular were within reach of 1st place.

SES fifth graders, Maya Randall, Makayla Antone, and Alyana Mark, “they took 2nd place in mazing, then they turned around and took 2nd place in jousting, well, that put them in the [jousting] tournament,” said Kinnamon.

The three girls moved up to the single-elimination tournament round, and while surrounded by fellow school teammates, they battled their jousting robots against their first opponent and won. Shortly after they faced their second opponent and lost, which bumped them out of the tournament and into 5th place.

“Oh those girls, they were just dying because they were [so happy], then the next team comes in…and they got bumped out,” said Kinnamon. “[They were just] elated that they placed and you know, it didn’t matter what place you got, they are just happy that they finished, that was the key.”

On the afternoon of May 6, Gov. Stephen Roe Lewis made a surprise visit to RoboRAVE’s awards assembly, to visit the Community students and share a meal with them.

“He let the kids know that they are important,” said Kinnamon. “That was an awesome moment.”

The students headed back home on May 7 and are already looking forward towards the next competition.

“We are going on our fifth year,” said Kinnamon. “It is just getting better and better.” 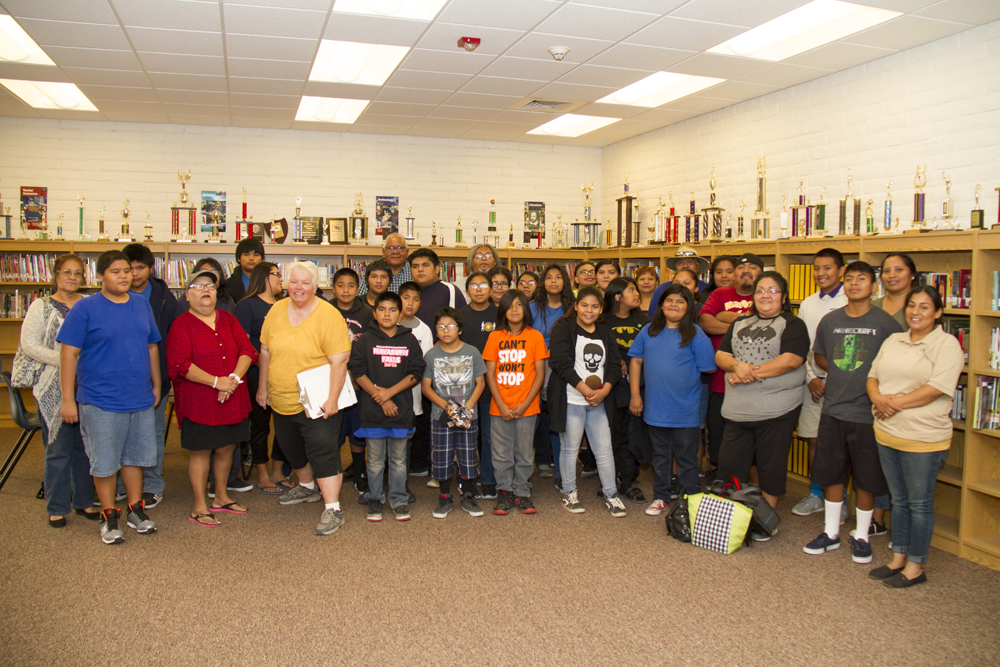 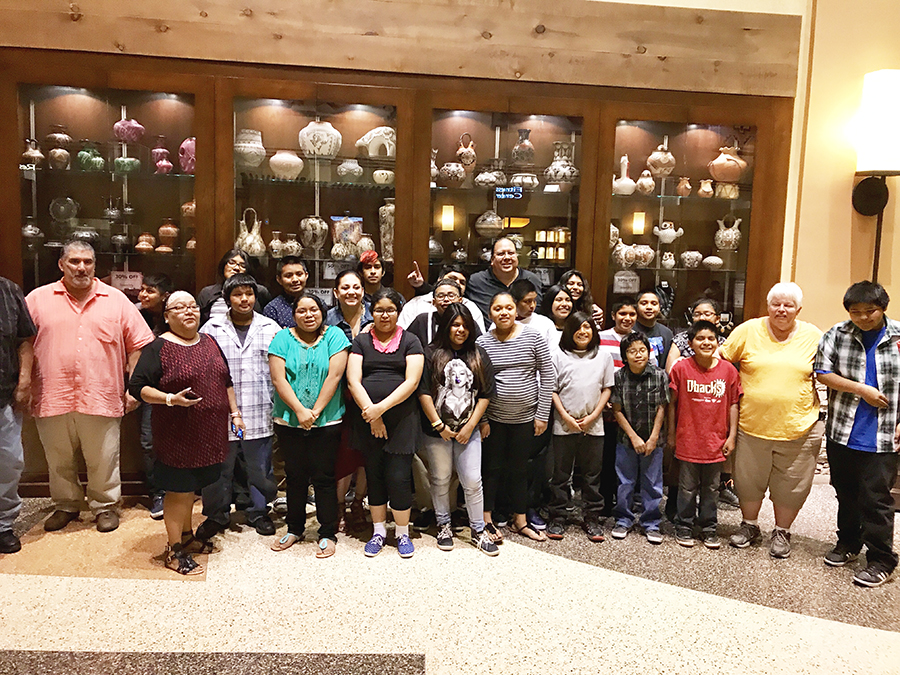 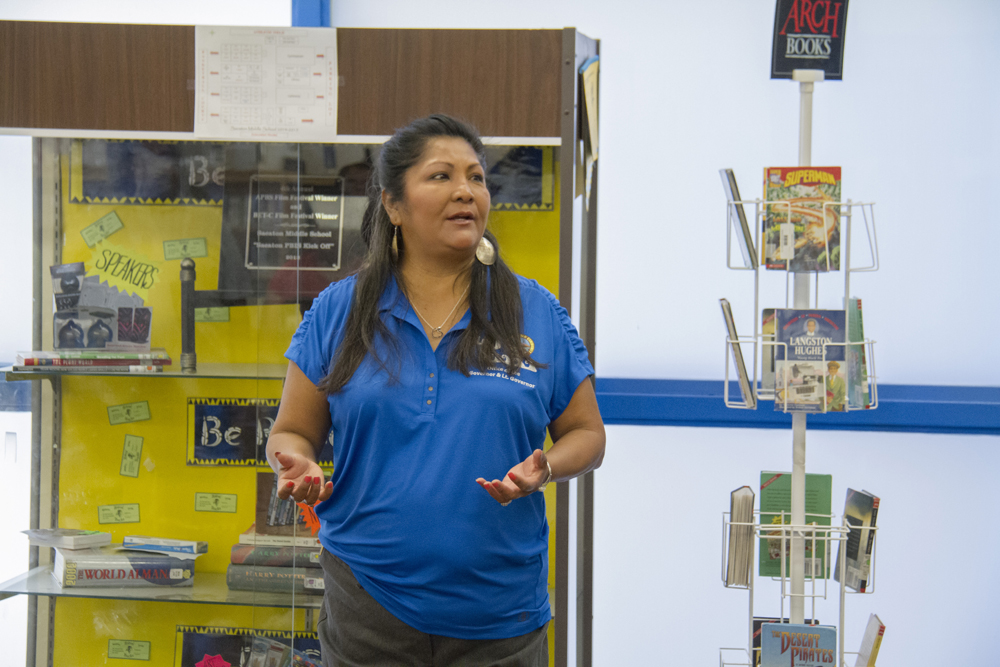 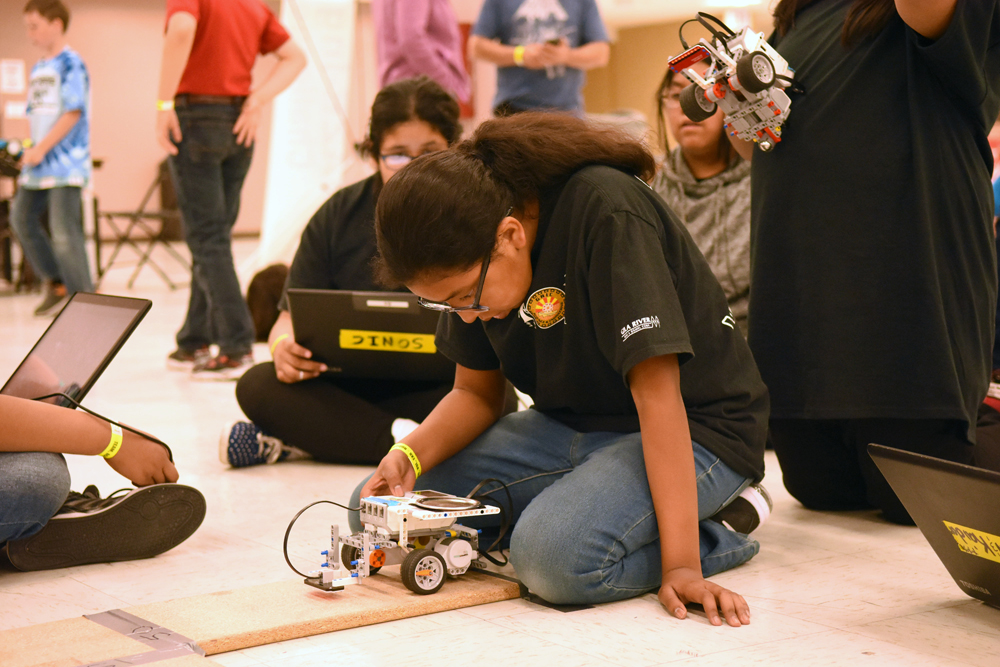 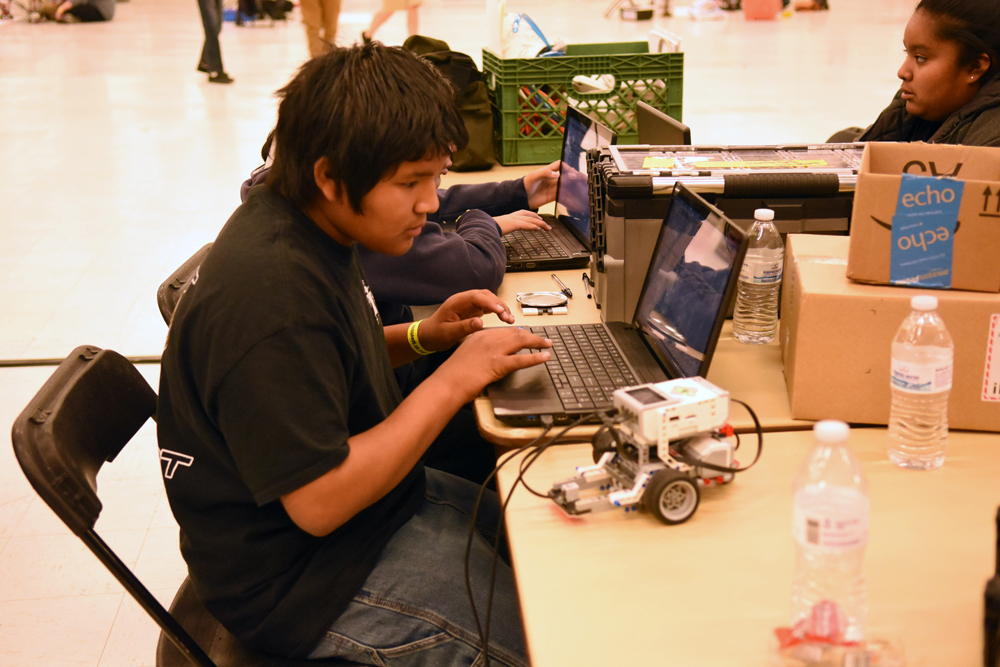 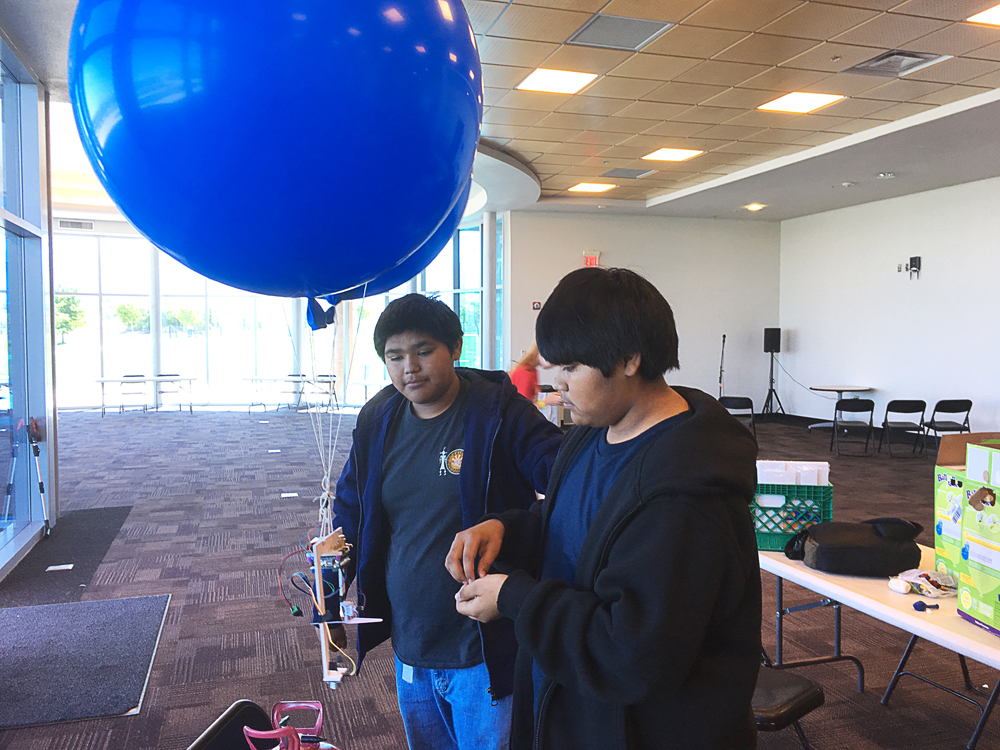 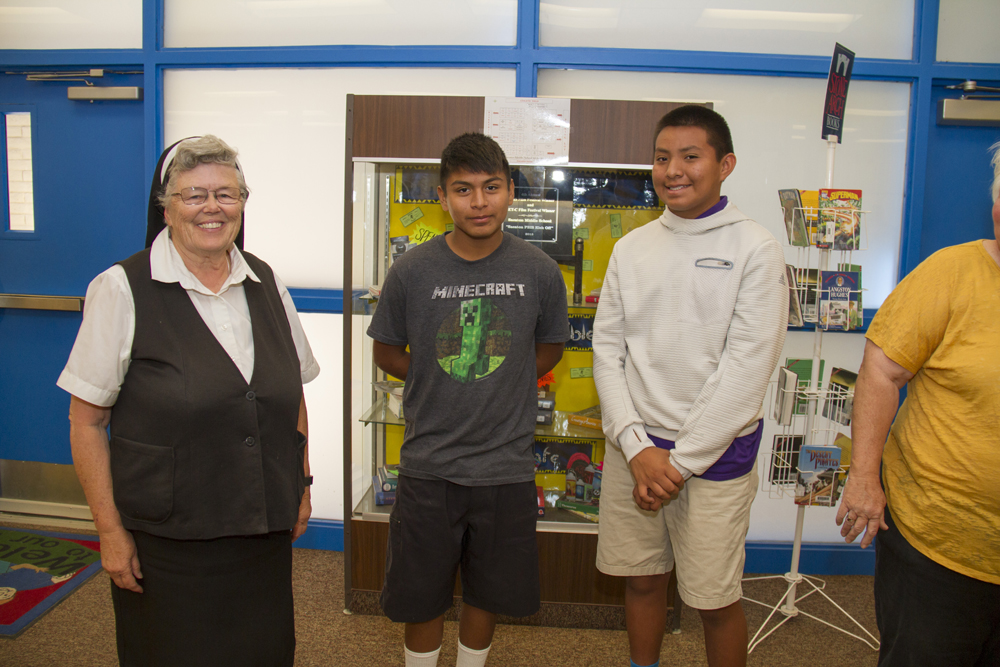 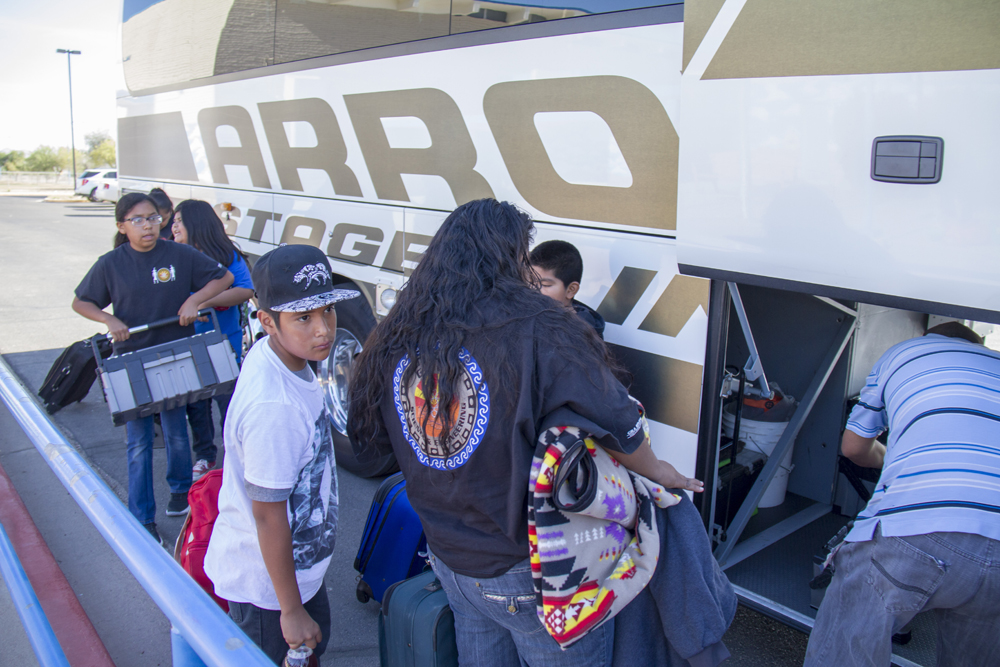 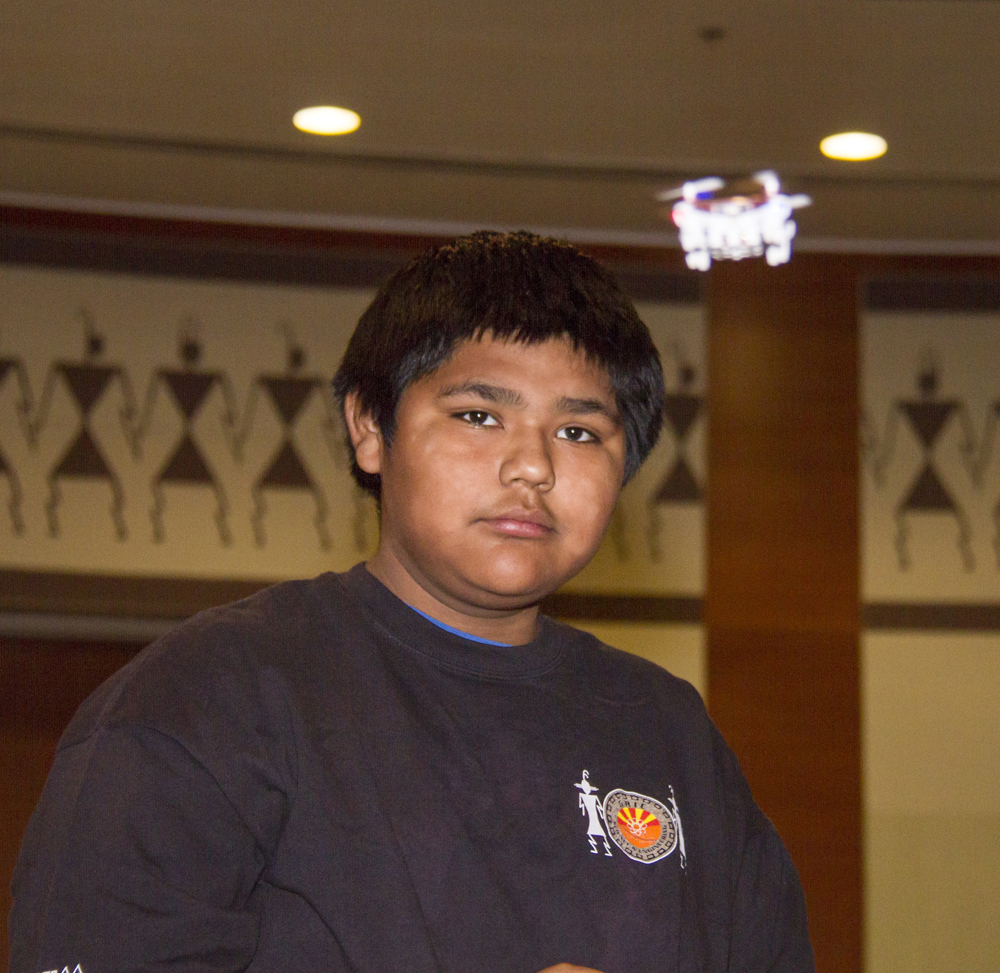 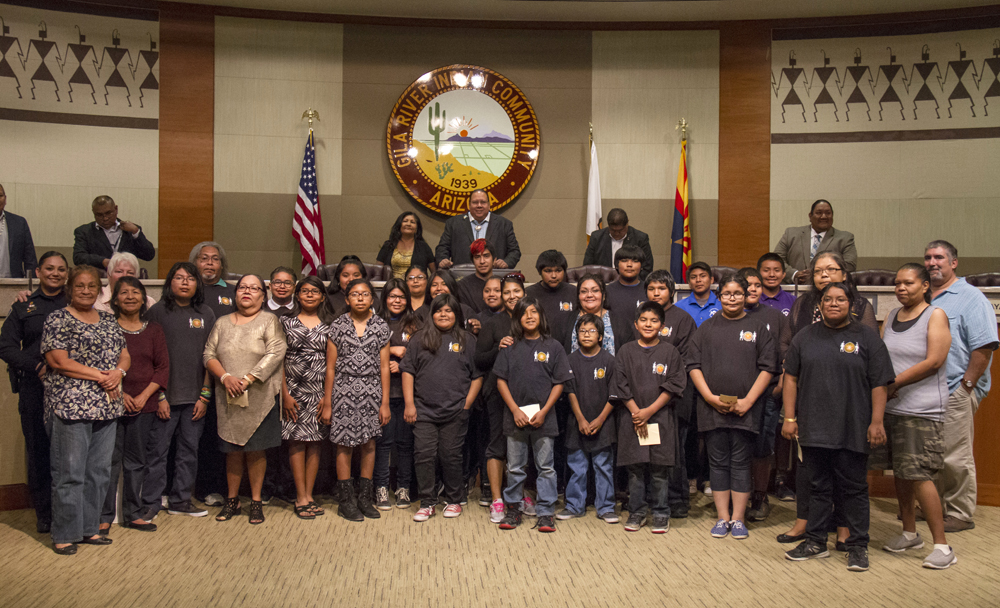