David Drake Perkins, U.S. Army Private First Class, was killed in action during the Vietnam War in 1966. For 50 years, his grave has gone without an official grave marker, or any other emblem to show the sacrifice that David made for our nation. Haskell Osife-Antone American Legion Post 51, with the assistance of Gila River AmeriCorps, is working to right this wrong.

Across the Gila River Indian Community, there are more than 800 veteran gravesites. Although Native Americans did not receive official citizenship as U.S. citizens until 1924, there has been a long history of military service officially dating back to the first Arizona National Guard in 1877, and there is history of Akimel O’odham and Pee Posh service to the American military and settlers before that. Many of these service members have given their lives in service for our country, but their sacrifice was not recognized.

The lack of a grave marker for David Perkins was first noticed during a visit to a veteran, Dennis Perkins, by Post 51 member Darrell Whitman and AmeriCorps member Andrew Antone. Dennis was recalling the Veterans in his family and mentioned David Perkins.

Dennis remembered when the National Guard brought David home and performed military honors for his funeral, but in all that time David was not able to get a proper headstone to honor his loss.

Regularly, to request a headstone from the Veteran Affairs Administration (VA) for a deceased veteran, there is a simple form to complete. The form requires a DD-214 and proof of death to be attached.

For David Perkins these items were not easily available, Post 51 and the AmeriCorps program are still working to request both pieces of paperwork from the VA and other sources. Once those items are received, a headstone will be requested and delivered to David’s gravesite.

In the meantime, because we are not able to order David’s headstone yet, he will be honored for the 50th Anniversary of his sacrifice on Memorial Day May 29th, 2017 at Blackwater, District 1.

There are still dozens of graves in Gila River that are without an official headstone from the VA. If you, or any family members you know, would like to request a headstone for a deceased Veteran, please give us a call at (520) 562-6221.

We look forward to seeing you out there on the 29th! 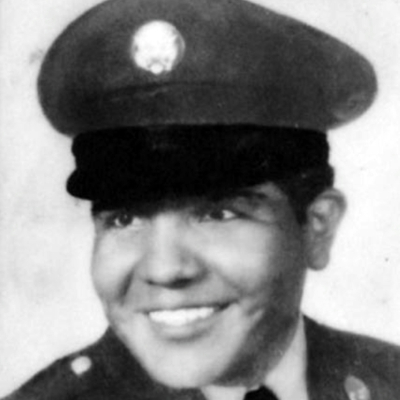