For millennia eagles have captivated humankind through their power, elegance, and enigmatic nature, with numerous cultures around the world elevating the large raptors to sacred and even iconic roles.

The bald eagle is one such bird of prey. It is the national bird of the United States and sacred to many tribes across North America, including the Gila River Indian Community.

Which is why the GRIC Department of Environmental Quality and the Community’s Nestwatch program have been working to ensure Gila River’s bald eagle population continues to thrive and propagate into the future.

Russell Benford, DEQ Senior Wildlife Biologist, said a pair of bald eagles had been living within the Community but lost their home after the dead cottonwood tree they had been nesting in fell over last August.

“We had a few trees out there that were killed in a fire a few years ago,” Benford said. “In the past couple of years, all of those large dead trees have fallen over in windstorms. The tree they had been using as a nest fell. Luckily the birds weren’t in it.”

“We are the ones responsible for, and who have taken responsibility for watching that nest, so we will continue to do so as long as it’s in our power. [Arizona] Game and Fish and other collaborators are happy that we are watching after them, its one less nest they have to watch after, it works out for everybody,” he said.

DEQ is looking to raise an artificial nest structure where the eagles can nest in safety, improve their habitat by planting cottonwood trees, and create an overall environment where they can live healthy lives, and just in time too.

A little over two-months-ago a male eaglet hatched, turning the pair of bald eagles into a small family of three.

Wildlife Conservation is a Group Effort

On the morning of April 7, the Arizona Game and Fish Department (AZGF) and the Salt River Project (SRP) utility company traveled to the new bald eagle nesting area to outfit the fledgling eaglet with a cellular GPS transmitter and identification leg band. Observing the eaglet outfitting were members of DEQ and the Community’s Nestwatch program.

Kenneth Jacobson, AZGF Raptor Management Coordinator, said the ability to track the eagle’s habits using a transmitter would allow them to learn more about how the birds behave in a metropolitan environment and, in turn, help protect the animals from harm.

“It is a transmitter that collects GPS locations [and] sends the information via the cellular network so we will get updates through the same way you get your phone calls,” said Jacobson.

“That information we get from those transmitters will help us identify any risk factors they have in these urban environments. It gives us a chance to address those ahead of time before the birds get themselves into trouble, injured, or worse,” he said.

Because bald eagles have an impressive wingspan that can reach lengths over 7 feet, the large birds can brush against power lines. Contact with these power lines can lead to serious injury or even death.

Lesley Swanson, SRP Senior Environmental Scientist, said in the past it was less common to find bald eagles in the Phoenix area. Because of the city’s outward development, in conjunction with eagle conservation efforts, bald eagles have become more prevalent.

“I think [they are] becoming more common. It didn’t use to be that way years ago but we are doing such a good job protecting the species,” said Swanson. “We have a lot of golf courses, a lot of water bodies in metropolitan Phoenix and we stock them with fish. So, it makes sense that the eagles might try and set up a territory in those areas.”

“Salt River Project is partnering with Arizona Game and Fish to try and get a better understanding of where juvenile bald eagles, that fledge from nests in metropolitan Phoenix, actually hang out while they are younger,” said Swanson.

“We are hoping to figure out where they are foraging, where they are hanging out, and then, if there are any dangerous poles or SRP infrastructure in the areas they are residing,” she said.

Outfitting the Eaglet with a Transmitter

Once AZGF and SRP arrived at the bald eagle nest, the team worked together like a well-oiled machine, with SRP staff operating a bucket truck raising a member of the AZGF up to the massive nest, while others fanned out encircling the tree in case the eaglet jumped to the underbrush below.

As an AZGF team member on board the raised bucket attempted to capture the eaglet, the juvenile bird took a step off its nest, spread its wings, and flew.

Members of the AZGF quickly took off after the eaglet hoping to find the bird on the ground nearby. Thirty minutes after the baby bald eagle had taken to the air, Jacobson emerged from the surrounding brush clutching the hooded eaglet to his chest.

The team began the task of measuring, weighing, determining sex, banding, and outfitting the eaglet with a transmitter, all while working as quickly as possible to limit the eaglet’s exposure to people.

A blue identification band was placed on the birds left foot and a smartphone-sized cellular GPS transmitter was tied to the eaglet’s back with Teflon string.

The transmitter, which is solar-powered and should last the lifetime of the eagle, transmits the birds location every six seconds. When the eagle is perched, the transmitter relays data every 15 minutes.

Because bald eagles are building nests within the Phoenix metropolitan area, where people are more likely to encounter them, the chances of stumbling upon an active nest, while unlikely, can still occur.

“Our bald eagle population has been growing for quite a while,” said Jacobson. “As the young birds reach breeding age, all the good spots are taken, and they are forced to look further and further out. As a result, in the last [5 to 8 years] some birds have found suitable areas within the greater Phoenix metropolitan area.”

While catching a glimpse of a bald eagle or its nesting area may be on your bucket list, Jacobson advises the best thing for the eagles is to keep your distance and call the AZGF.

“We will help those birds [have] every chance they can to produce young,” said Jacobson. “So, if you see [a nest] the best thing you can do is give the birds their space and give them a chance to raise their young.”

If you find a bald eagle’s nest outside of the Community’s boundary, e-mail Kenneth Jacobson at the Arizona Game and Fish Department at baldeagle@azgfd.gov or call (623) 236-7575. 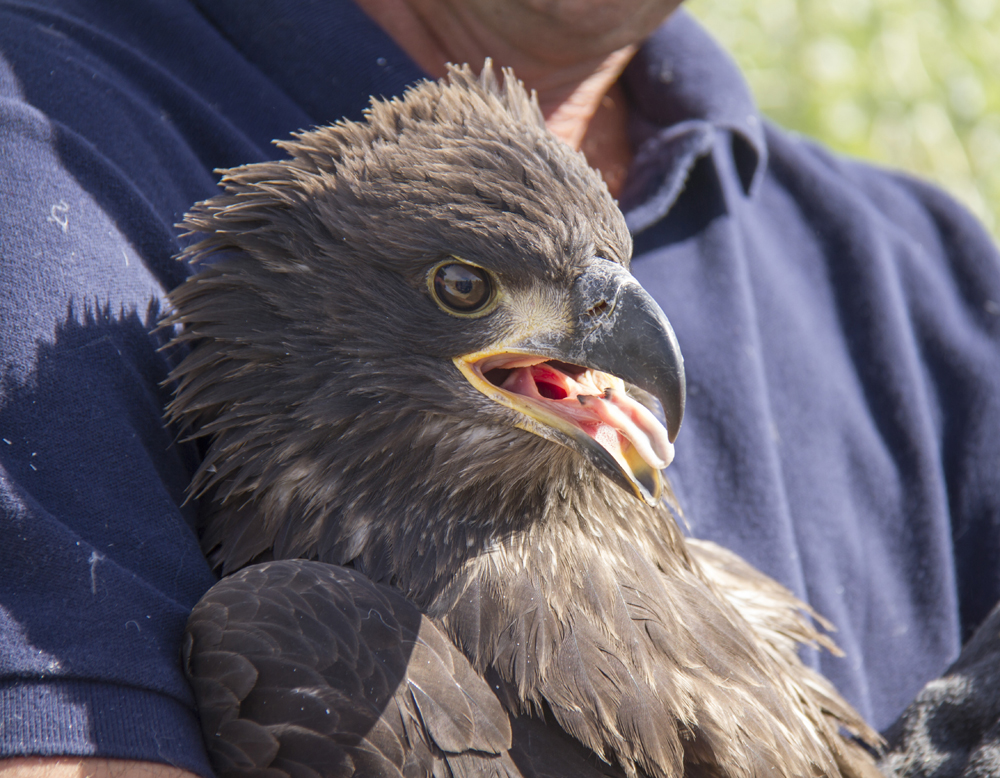 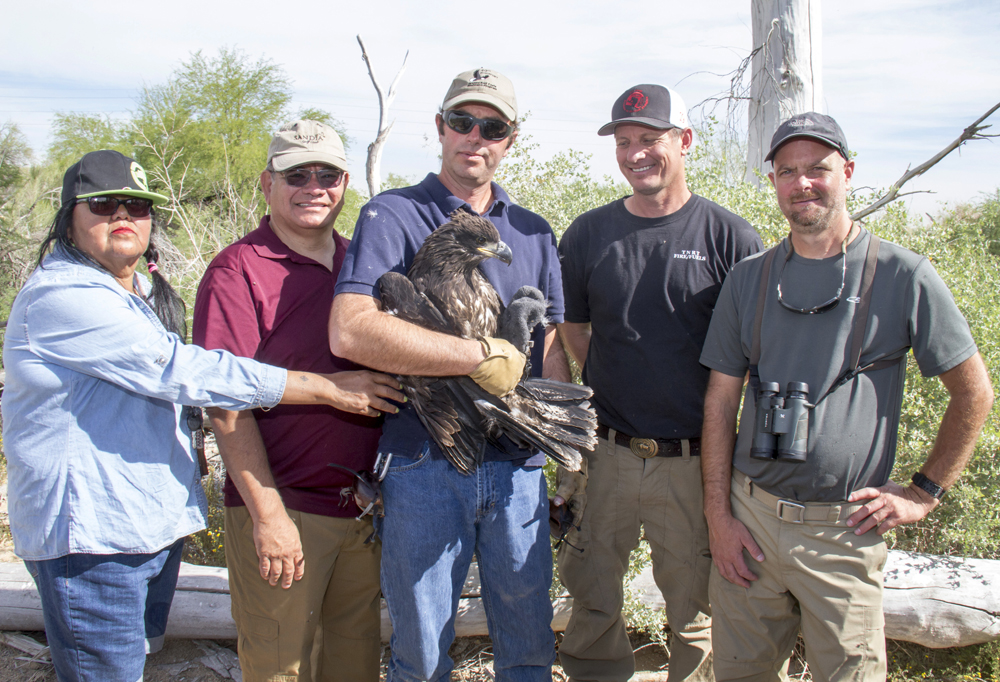 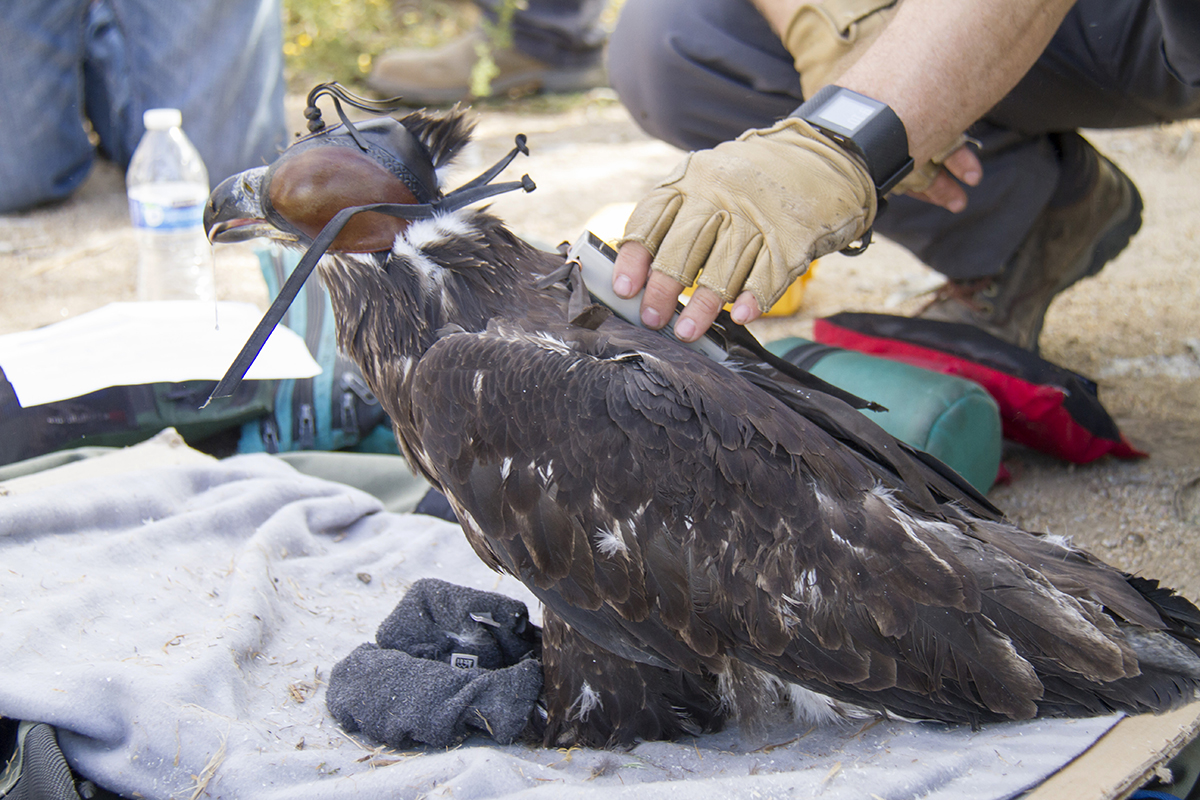 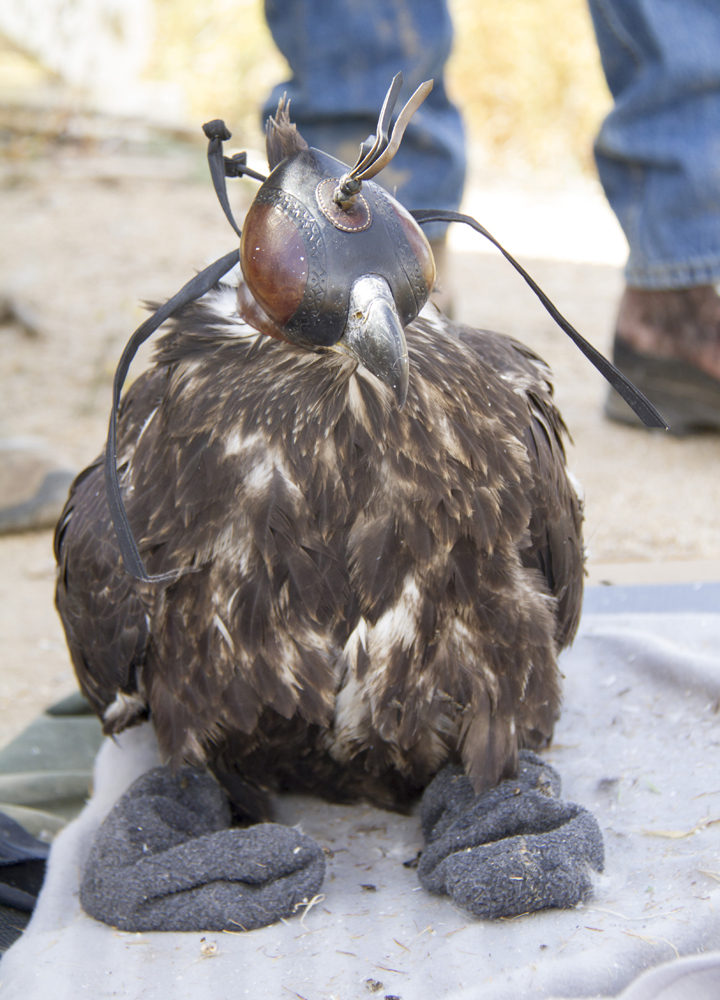 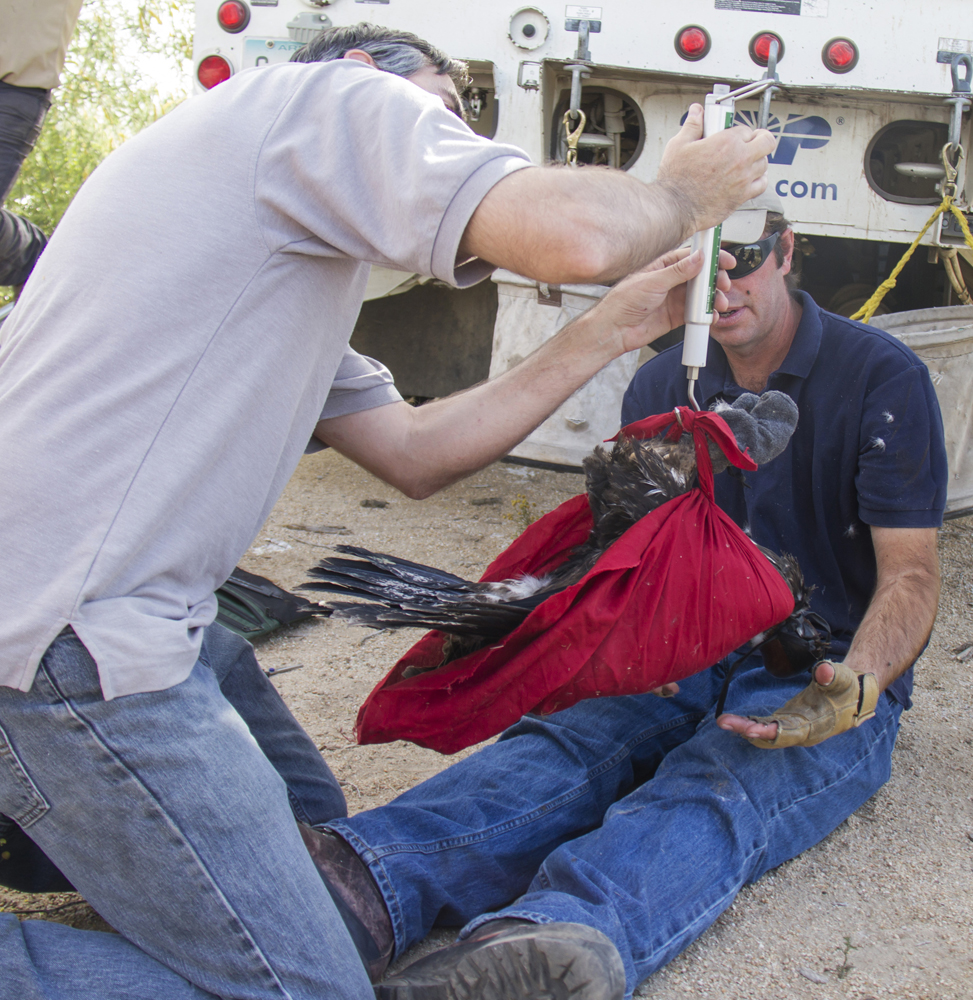 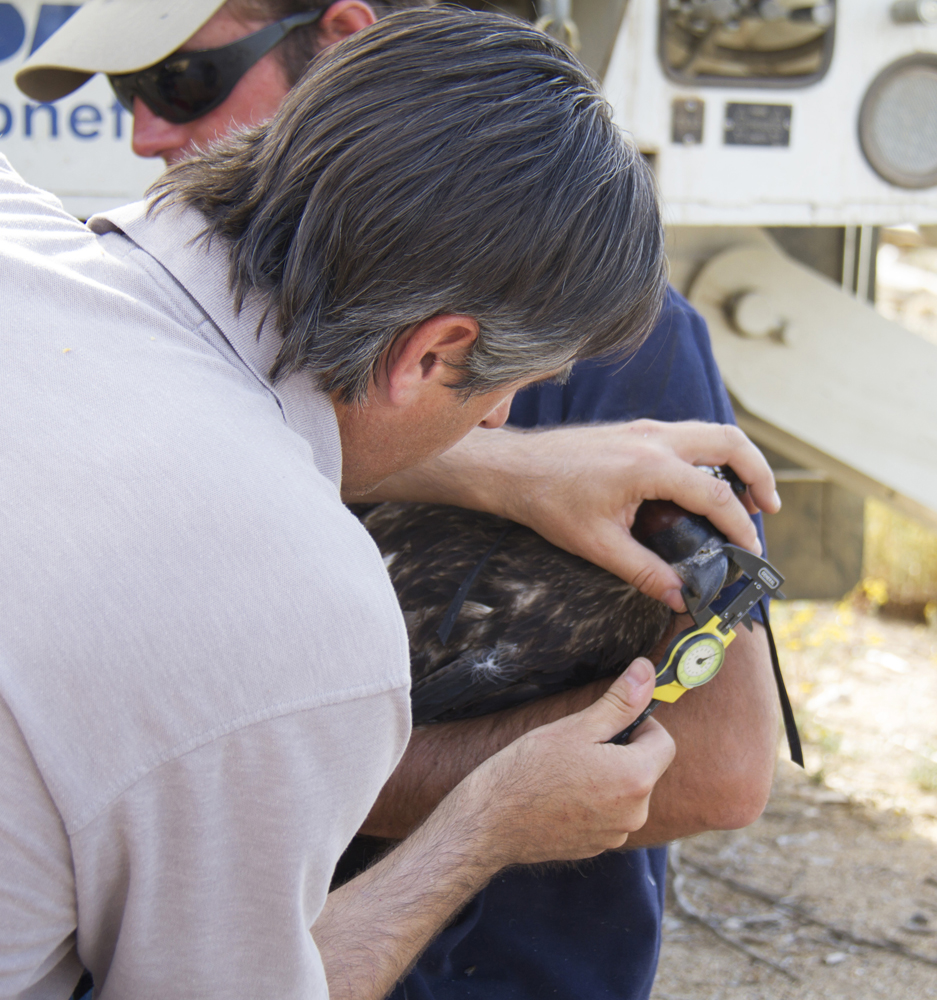