Hughes was awarded the “Spirit of the Heard,” award at the Phoenix Indian Center’s annual American Indian Excellence Award banquet held at the Hilton Scottsdale Resort & Villas on Nov. 14.

Hughes’s work has spanned several years, which has helped to link the youth of the Community with its elders with the inclusion of traditional Akimel O’otham teachings.

From the village of Santa Cruz in District 6, Hughes said she grew up learning the Akimel O’otham language and traditions from her parents.

She said the knowledge about the language was her family’s strength and connection to the land.

“I had a very stable upbringing and it was through culture…when you have both, you become a very strong person,” said Hughes.

She attributes many of her successes to her traditional teachings, which she said has steered her away from the negative influences that are abound in the Community.

About the award, Hughes said it comes as a bit of surprise when she was notified by Gov. Stephen Roe Lewis, who nominated her to be recognized. Gov. Lewis nominated Hughes for the award with the help and support of TED Culture Language Teachers and Diana Antone, Executive Assistant for the Office of the Governor.

According to a Heard Museum press release, “Every year, the Heard Museum’s Board of Trustees, upon the recommendation of its American Indian Advisory Committee, honors with the ‘Spirit of the Heard’ award to an individual, who has demonstrated personal excellence either individually or as a community leader.”

Gov. Stephen Roe Lewis said, “It is an honor to acknowledge and celebrate the achievements of Ms. Hughes as she is awarded the ‘Spirit of the Heard,’ award.”

He said Hughes has dedicated her life to preserving the Community’s Akimel O’otham heritage, that is intertwined in the lives of it’s members through language and culture.

Lewis lauded Hughes for helping develop the O’otham Orthography for the Community and for pursuing her education.

Hughes, a Traditional Language Instructor at Gila Crossing Community School said teaching the language and cultural teachings has been her life-long mission and that every position that she had held has involved teaching culture to Community members.

Looking at her take on teaching language and culture, Hughes says the instruction has to go deeper into the spirituality and way of life of Akimel O’otham people.

“Overall, I speak about plain basic teaching for the beginners, but I also include the spiritual part about the way of life for Akimel O’otham,” said Hughes.

A metaphor Hughes uses is about the amount of cultural teachings Community members receive compared to the mesquite tree.

“At the top of the tree is the leaves and branches. That’s the basic knowledge of O’otham traditions that we teach,” said Hughes, “Most of us don’t go into the in-depth thing like the roots, the roots are what we carry with us…all these things that go down to the roots is what people should know.”

Throughout her years of experience working in various public service positions, Hughes said those that she has taught traditional Akimel O’otham teachings to have found a sense of identify and have made improvements in their lives.

She said as Akimel O’otham teachings help Community members understand they are part of the preservation of the language and culture and that like a most treasured keep sake, it should not be put on a shelf to collect dust. 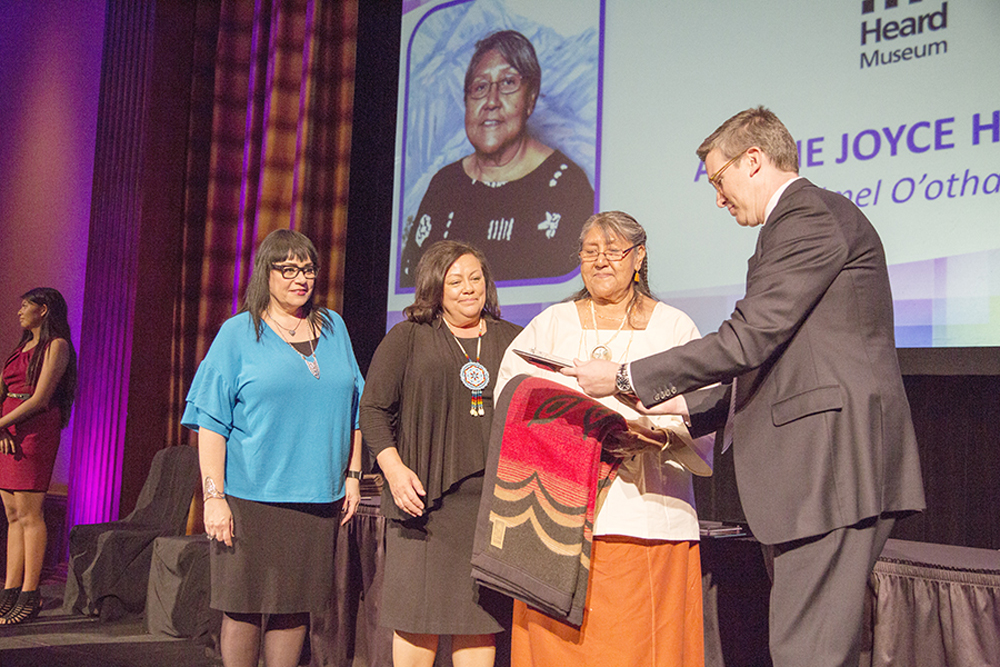