“The gathering of women is a powerful thing,” said Renee Jackson, organizer of the 4th Annual Women’s Prayer Run. For the 60-plus women who participated in the 65-mile run, the aim wasn’t so much fitness as it was solidarity and the power of prayer.

From Oct. 20-22, the female runners traveled from the West to East in the Community camping along the way and finding strength in one another.

“The run itself was established for a weekend of prayer and building between the women here in the Community, but also for women who come in and visit our Community to participate in the run,” Jackson said.

The run was organized by women in the Community as a grassroots effort and was established as a safe place for women to connect and support each other on the run. The runners camped in District 7 on Oct. 20 and in the morning made their way to the confluence of the Gila River and Salt River to begin their journey through the many stops in the Community.

The run was a relay style, which accommodated runners of all levels and ages. The participation of youth and elders allowed the women to make strong connections across the generations. “A lot of the power in the run really resides in the conversations we have along our route,” Jackson said.

As the name of the run implied, prayer was the essential aspect of the trek. Each year, Jackson said the women keep a certain prayer in mind throughout the journey. Last year’s run was about honoring the generations that came before and honoring and recognizing the generations that came after, and Jackson said this year’s prayers concentrated on the men in the Community, “acknowledging them and our appreciation for them and offering prayers of support and encouragement.”

According to Jackson, the run was also a way to shed light on the issue of missing and murdered indigenous women.

Rebecca Williams, who’s participated in the run for four years, said the run was therapeutic.

“The Women’s Prayer run helped me to heal,” said Williams. “I think as women we tend to put ourselves last and we never really allow any of our pain, hurt, disappointment, anger, or life struggles come to the surface.”

Williams celebrated the accomplishments of others and said watching the runners achieve their goals was the most satisfy ing part of the run. “The best part is watching the women accomplish more than they think they are capable of,” said Williams.

Williams also offers support to fellow runners and people she has recruited to participate, saying “we will witness your journey, you will not go unnoticed, we will be praying and cheering you on the entire way, but most importantly we will make it to the end together,” she said.

Contributions to the run were donation-based with some assistance coming from the Office of Community Manager. 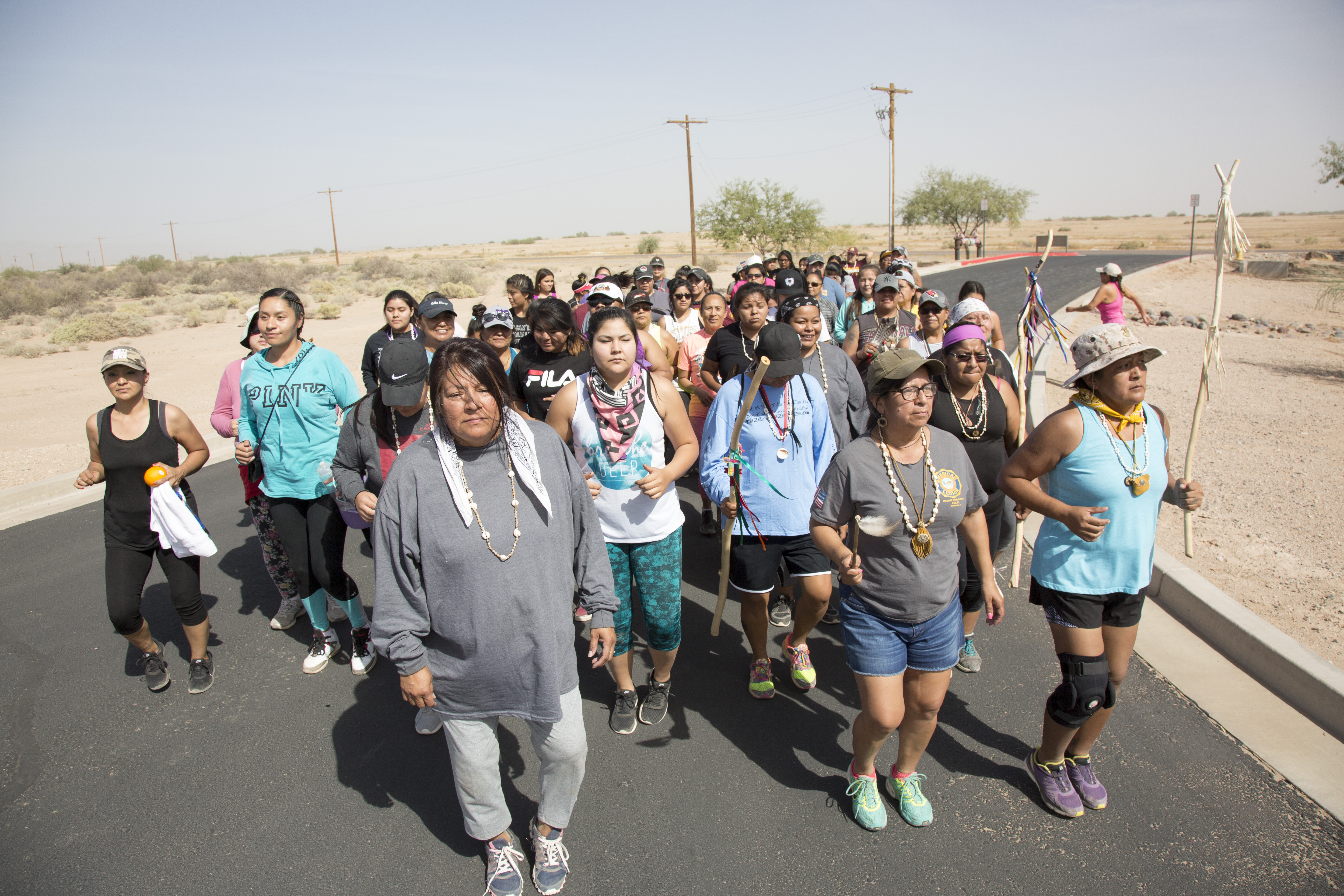 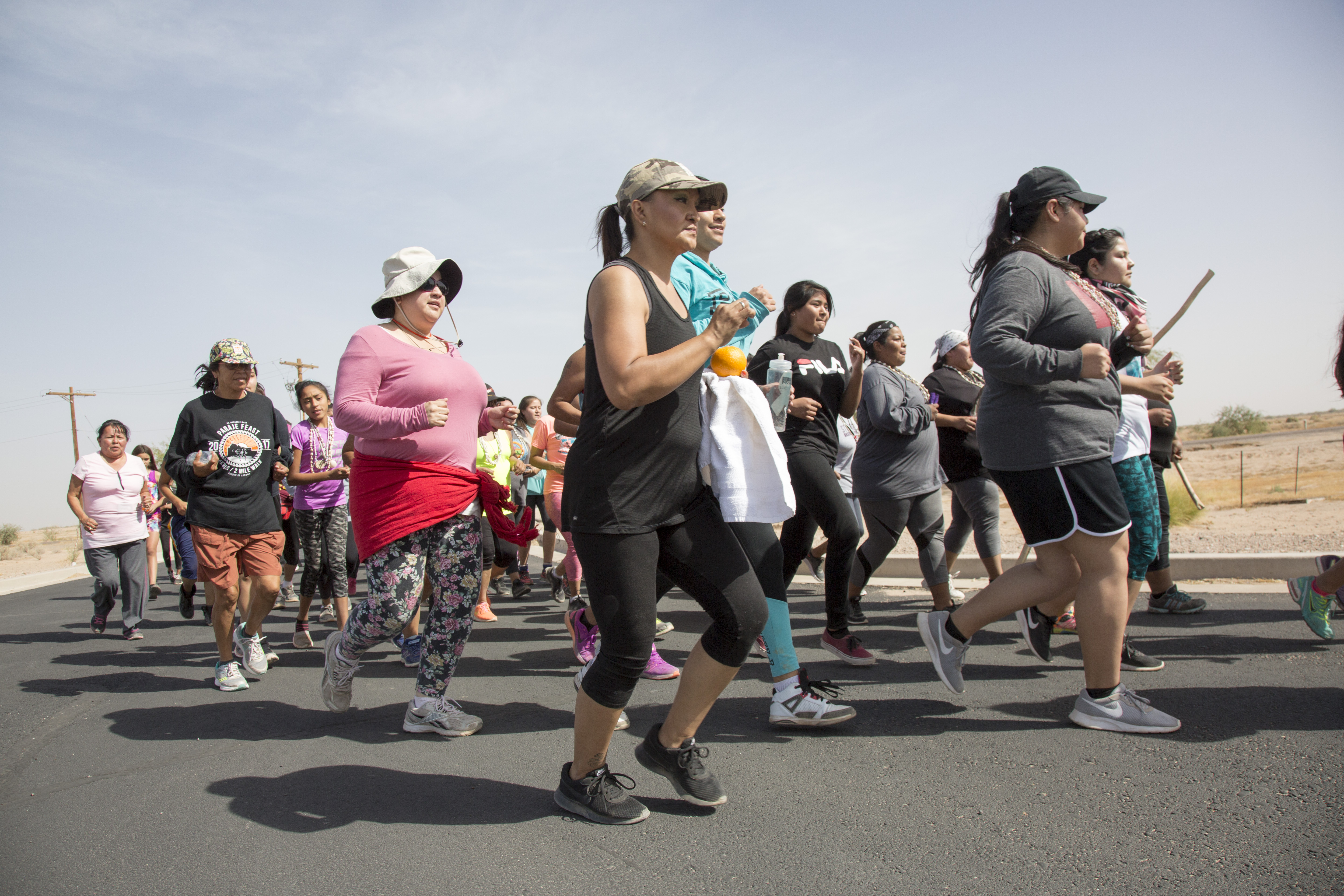 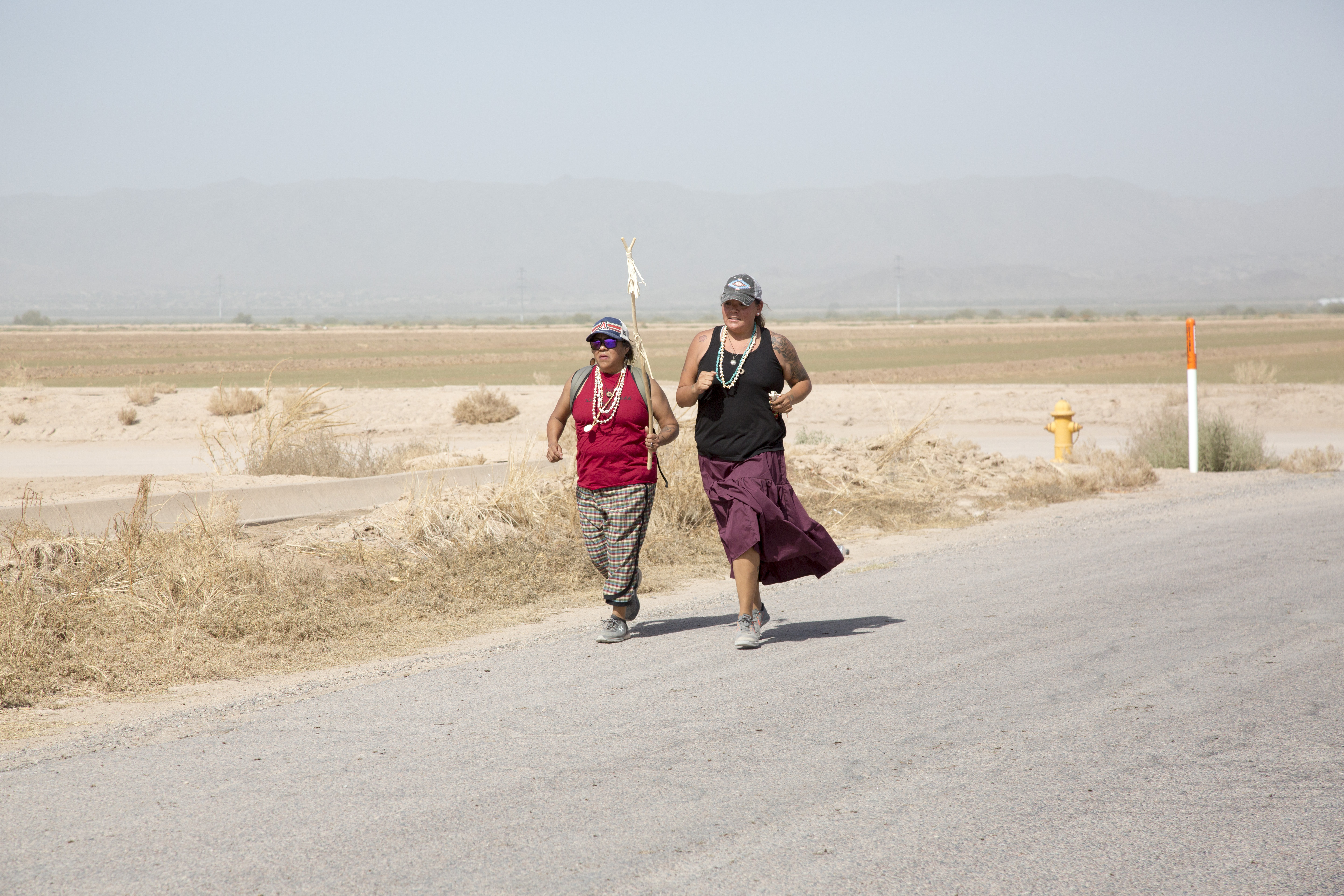 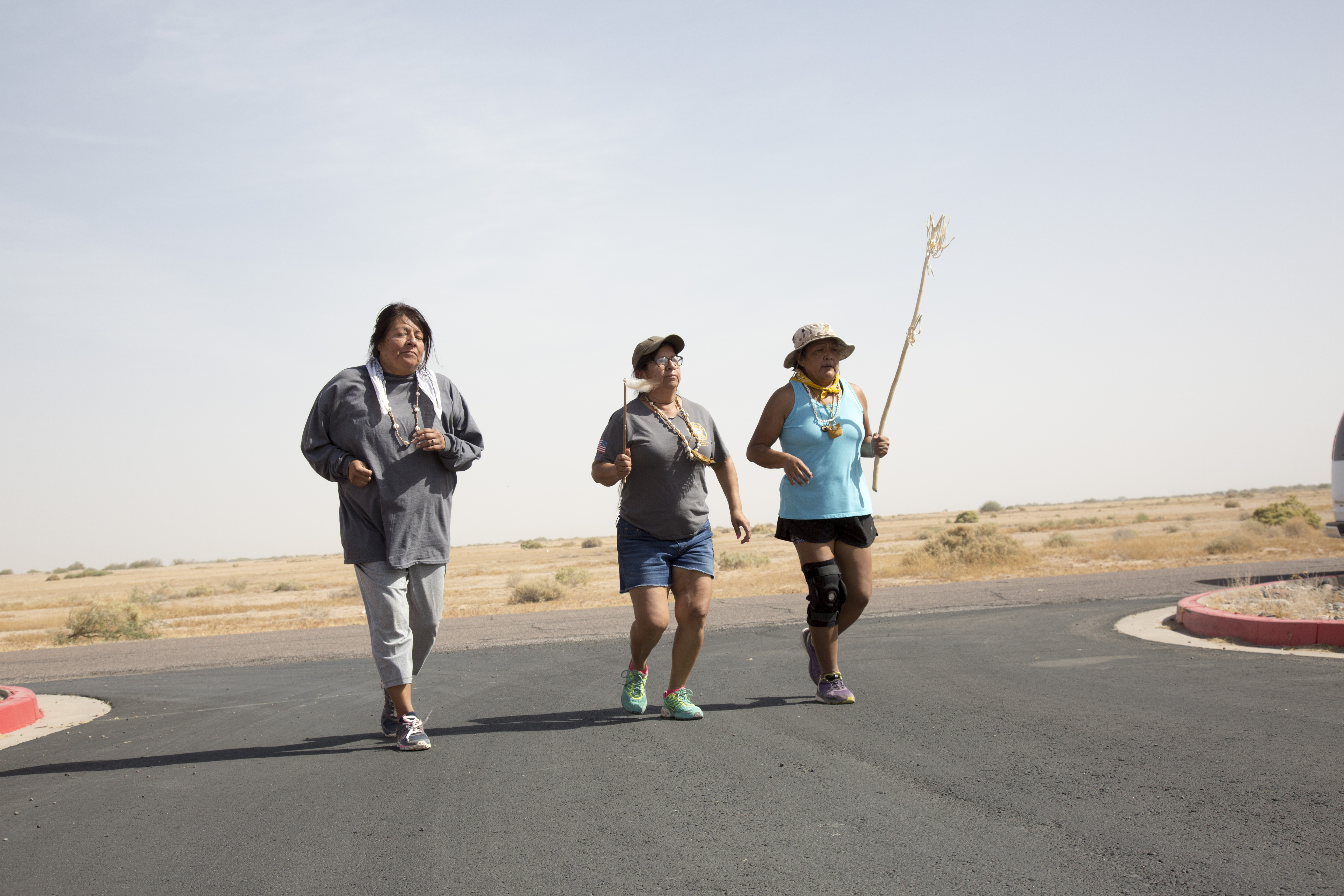 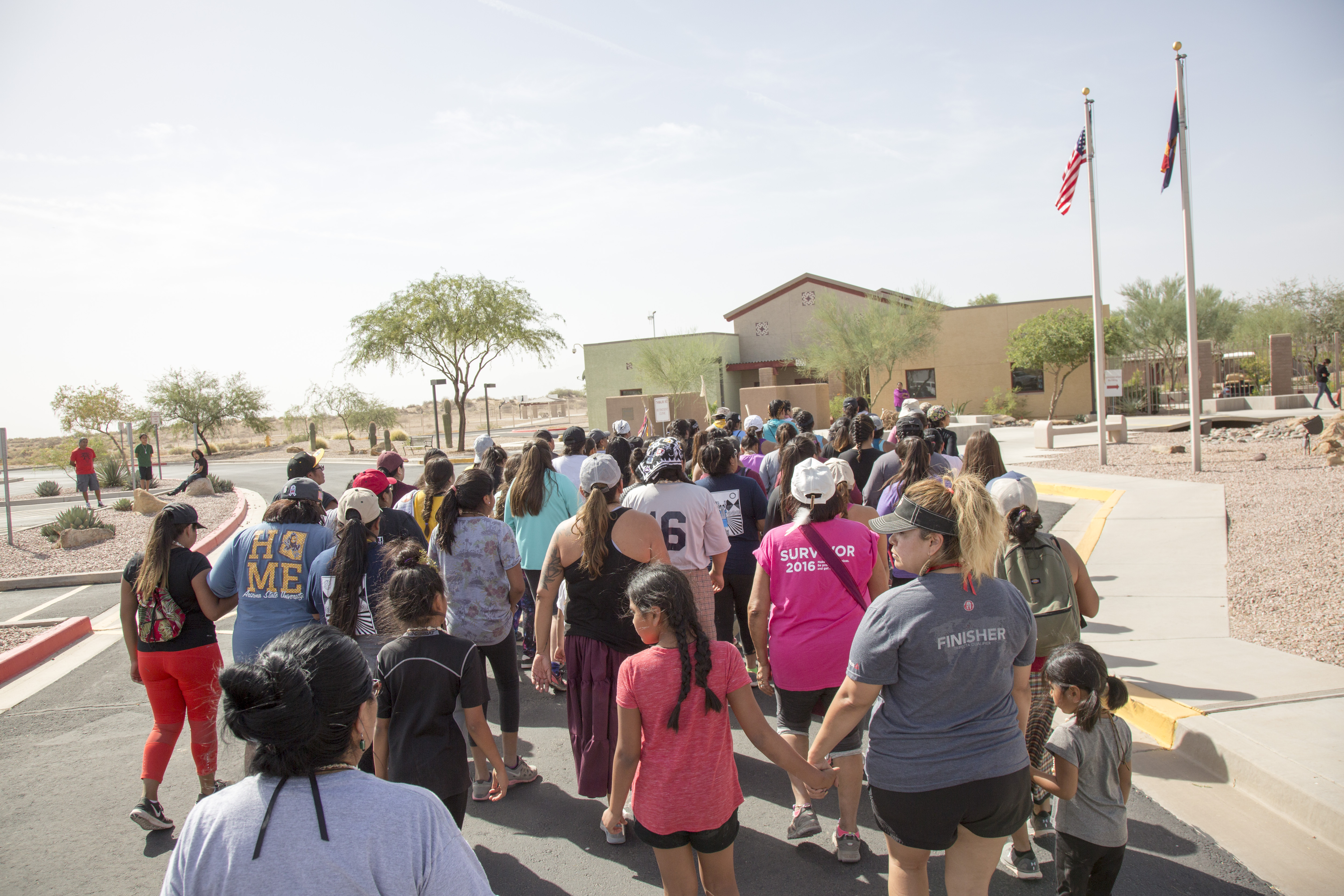