The Huhugam Heritage Center hosted a series of presentations about the expansion project that will provide a thorough story of the Community with the addition of more space.

Promising to be even more in-depth and diverse in arrangement, the exhibit space will offer visitors to the HHC more information about the history of the Gila River Indian Community.

According to HHC Director Shirley Jackson, the important parts of the exhibits is the text, which Community members had a chance to review and comment on at the project meetings, which were held Oct. 18,19, 24-26 and with an upcoming meeting on Nov. 8.

“This is the first time they will be going to see what the exhibit text is going to present, what photographs we have and other points relating to the expansion project,” said Jackson.

The meetings also discussed how the information will be presented to visitors, which includes the use of display monitors that will show portions of the Gila River and other historical information, which Jackson said will provide a more immersive experience.

“It’ll give them an idea of what the Gila River might have looked when it was flowing,” Jackson said, “Then they’ll go into the ‘No Boundary’ section, which talks about the land.”

Other topics that were covered in the meetings Jackson said, presented the idea of who to present the role of plants and animals and their connection to culture, as well as male and female roles in Akimel O’otham society.

Notable periods in the Community’s history will include the history of contact with North America’s earliest explorers like Spanish Missionary Padre Kino, who came to the area of the O’otham people around 1695.

A tribute to veterans

On the upper level of the exhibit hall there will be sections for veterans, that will have a video wall highlighting the selfless service of Community veterans in past wars and conflicts.

“We are going to include a touch table that will have photographs provided by veterans, if they choose to provide their photographs along with details about where they were in their time of service and branch of the military they served in,” said Jackson.

“For veterans, what we are really trying to do is use their voice, so we’re doing oral history interviews,” she said.

Some interviews will be done with World War II veterans, while including stories of veterans from past and present wars.

What’s the takeaway for visitors?

Jackson said it would be important for visitors to know that a river once flowed through the Community and that is where the people get their name Akimel O’otham from.

“People ask where’s the river, so it’s our opportunity to share with them that ‘yes’ we did have a river and that was our life,” she said.

All of the exhibits as a whole is to convey that the Akimel O’otham and Pee Posh are here and thriving, from a farming rich people to a very innovative society of people.

The last portion of the exhibit will go down the mezzanine towards an amphitheater, that will serve as a place congregation, showcasing films and hosting lectures, said Jackson.

The past represented today

Plans for the expanded area will make room for a revolving gallery area that will display work created by Community artists.

“That’s part of our vision, was a community connected and inspired by the past. Coming together in unity to celebrate our vibrant and innovative culture,” said Jackson.

She said the gallery is a powerful tool to showcase how contemporary artists have been inspired by objects and imagery used in the past.

How well the past will be represented will not be left to art alone, but in the text used to describe each exhibit.

During the meetings, Community members had a chance to look over the text and provide their input into whether it best described who the Akimel O’otham and Pee posh are, said Jackson.

“It will give them the opportunity to comment about it and see if we need to change anything, maybe for example using a different picture,” said Jackson, noting the various artistic styles of Community that will be on display. 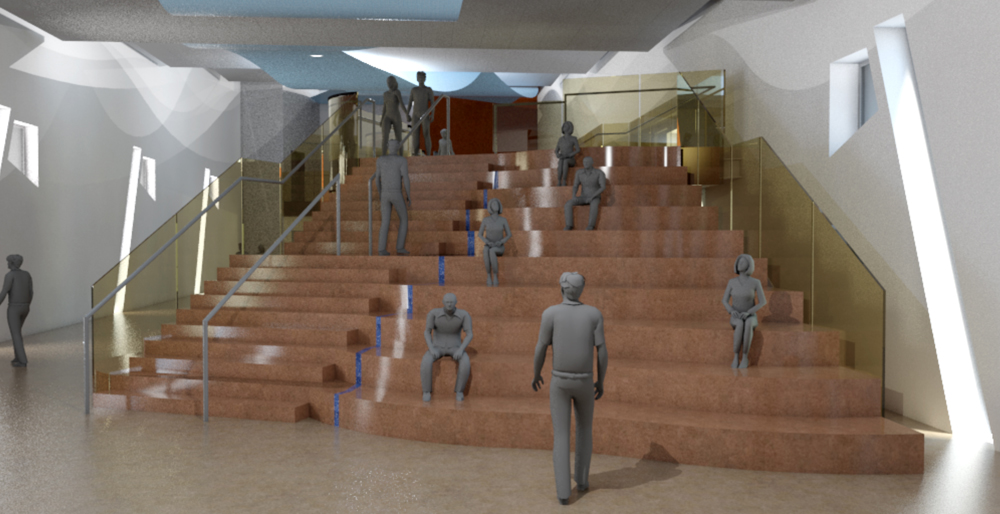