The Domestic Violence Awareness Fair, held Oct. 21, was another event that chipped away at the once off-limits topic of domestic violence. Stories that never left the home, and pain that was never spoken of, found a room full of people at the District 1 Multipurpose Building that were willing to listen and learn about the blight of domestic violence on families and children.

Crime Victim Services (CVS), in partnership with District 1 Housing & Community Awareness Committee, hosted this event, which took a difficult topic and made it bearable for a community that is willing to confront violence and abuse among intimate partners.

“It was always something that was kept quiet,” said Barnaby Lewis, Tribal Historic Preservation Officer, at the event.

The day started off with a run in the morning then commenced with District 1 Council Representatives Arzie Hogg and Joey Whitman dictating the agenda, which included a welcome from Gov. Stephen Roe Lewis and presenters Pam Vega, Candra Alaniz, Barnaby Lewis, Joanne Brewer, Lt. Gov. Monica Antone, Aaron Sabori, Robin Begay, among others.

Lt. Gov. Antone followed the first hand accounts of Brewer and others and acknowledged them for their strength. “That’s a lot of bravery and courage to get up here and share their experience with domestic violence,” said Lt. Gov. Antone.

Lt. Gov. Antone also gave an update on the Violence Against Women Act (VAWA) implementation. The Community was recently awarded a federal grant for the purpose of VAWA implementation.

One hundred ten people signed in at the event, which was a substantial improvement from the first CVS domestic violence awareness functions. “I’ve seen a lot of growth from when I started here,” said Robin Begay, CVS Coordinator of her five years in GRIC.

GRPD Sgt. Manuel Duarte was also a part of those early domestic violence awareness events. “We started with very small crowds now it’s grown to a Community-wide event,” he said.

Begay also described the Quilts of Healing project that has been passing through the Community for Domestic Violence Awareness month. Panels were available for Community members to decorate to show support for the survivors. “You’re showing us that you’re a community that cares,” said Begay.

The event also featured several informational booths for guests to visit such as CVS, Probation Department, GRPD, Office of the Prosecutor, On Eagles Wings, the Wellness Center, H.O.P.E. group, the Prevention Coalition and judicial representatives.

With a run, presenters and raffles completed, the morning concluded with a balloon release as an observance for victims of domestic violence. Guests were given a purple balloon and a card on which to write the name of a loved one or friend. After a few solemn words, and with a little wind, the guests let go of their ribbons and the sky directly above the District 1 Multipurpose Building was dotted with purple prayers of hope and love that floated upward for those suffering from abuse.

CVS had originally planned the event in District 5 but it was cancelled because of a death. CVS was grateful that the District 1 Committee welcomed them to join their event. 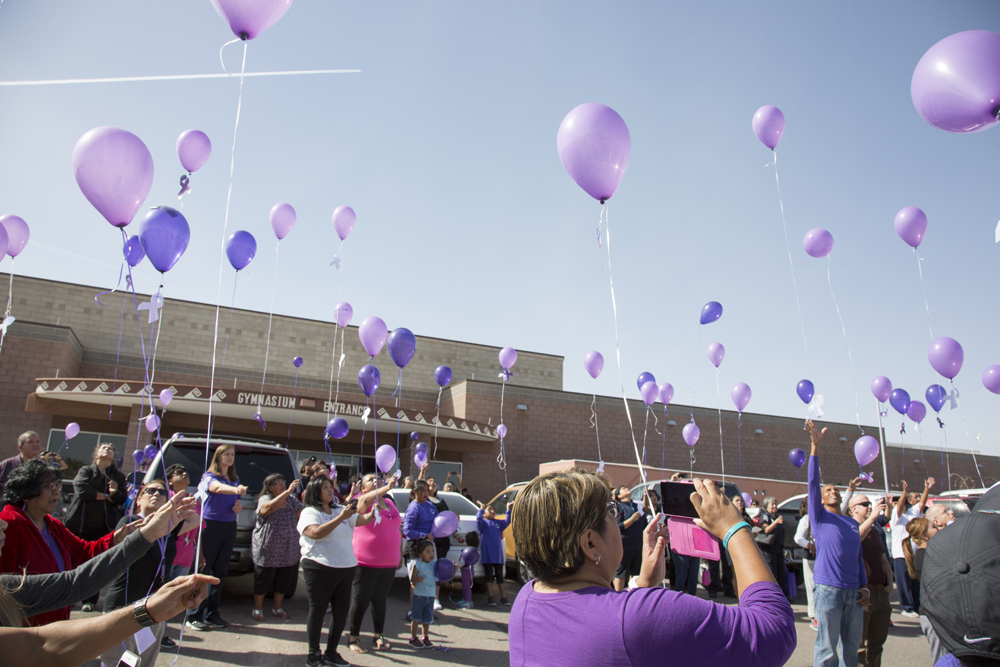 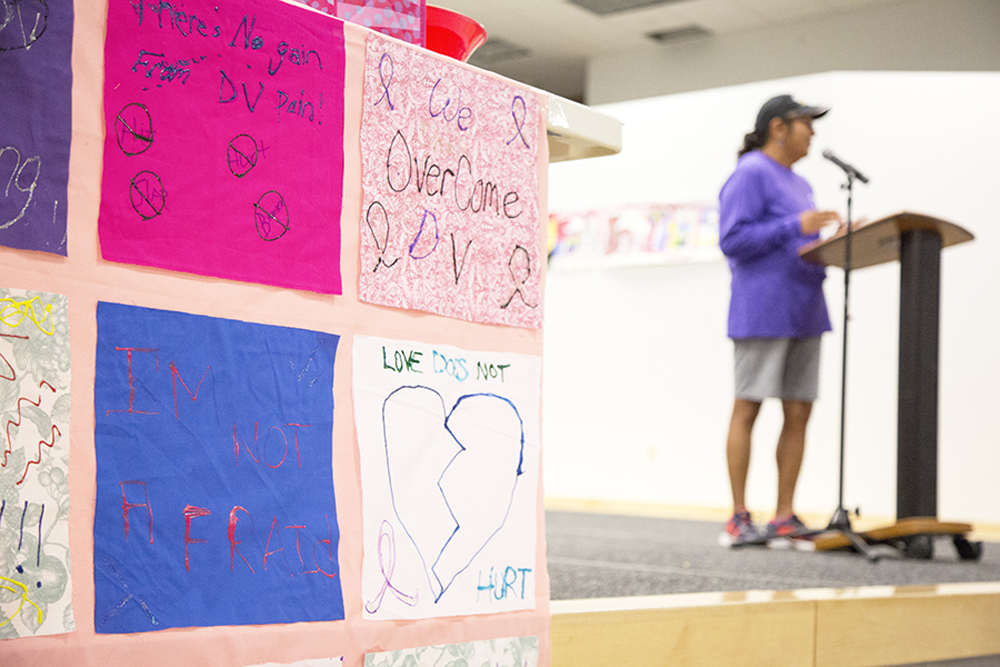 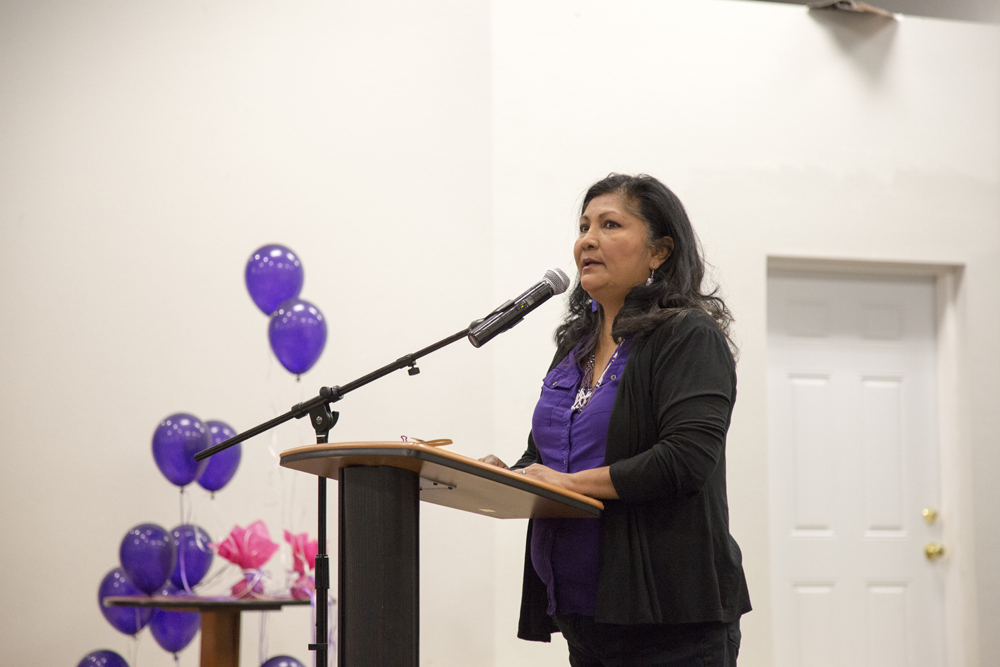 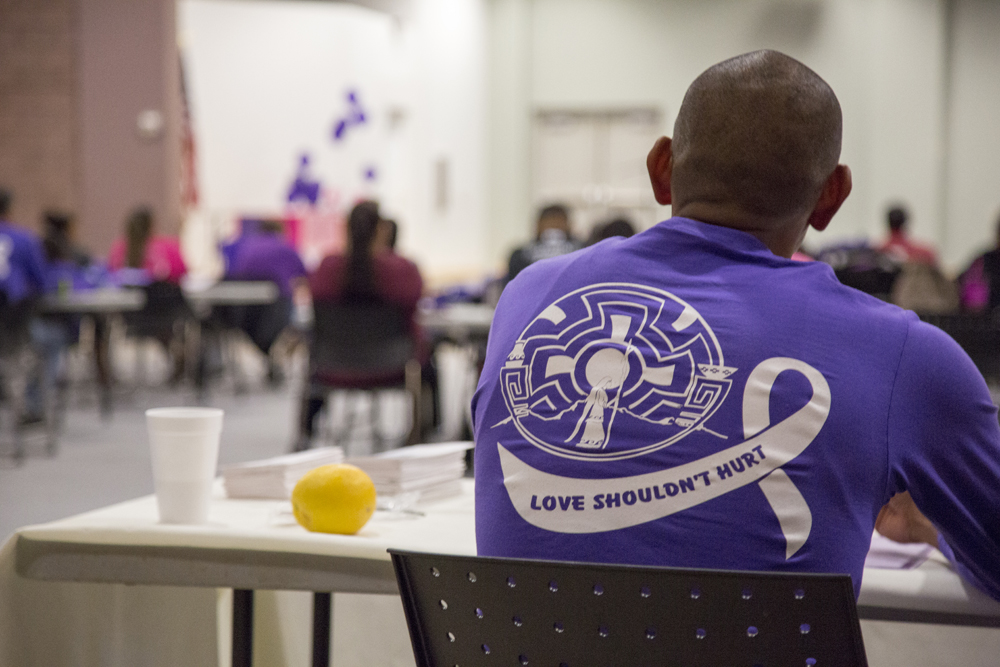 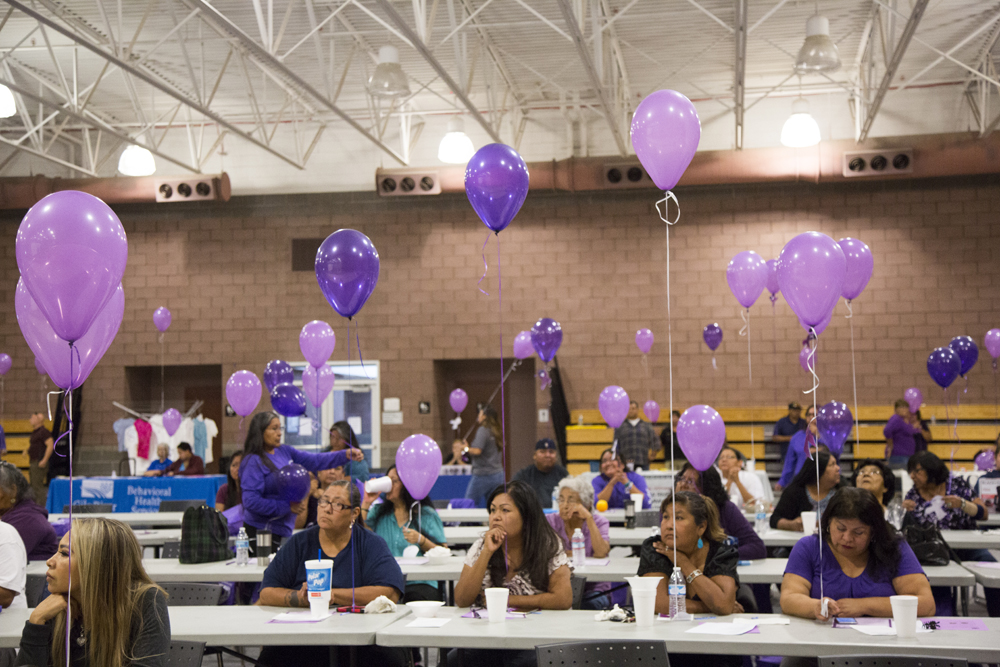 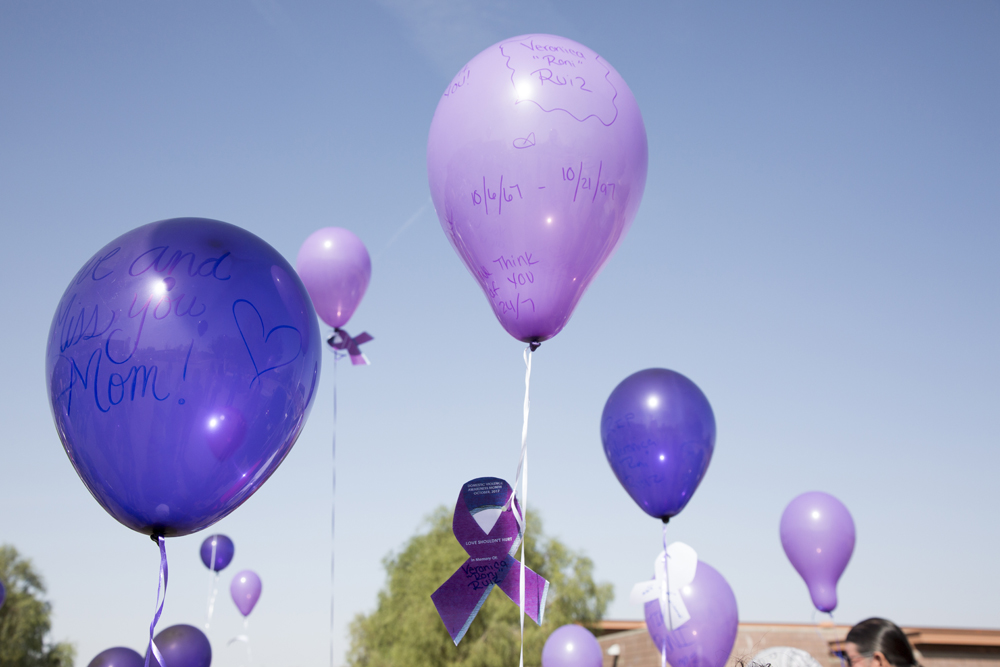