District 5’s basketball court became the spooky stage for a Halloween skateboarding showdown filled with ghosts, ghouls, and goblins for the Tricks for Treats skateboard competition, which kicked-off on the evening of Oct. 27.

Around 30 Community skateboarders participated in the skate competition, which was hosted by the District 5 Recreation Department, Reuben Ringlero and Paul Molina, co-owners of Seven Layer Army Skateboards. The temporary skate park was built with the help of GRIC Facilities Maintenance, Mark Mullins, and Darin Mendoza. Mullins and Mendoza also assisted in judging the competition.

Event organizer, Reuben Ringlero, who hosts many skateboarding competitions throughout the Gila River Indian Community, said “The event was a success because the amount of kids we had, and the prizes we were able to get with the help of District 5. Seeing the kids leave with a smile on their face after getting a prize or t-shirt, it felt successful.”

The skate competition had a Halloween costume theme. Skaters competed in costume dressed as a variety of characters from Donald Trump, Pikachu, an evil scientist, to Jason Voorhees, and many more comical and frightening characters.

Gov. Stephen Roe Lewis took part in the competition by handing out prizes, including free skateboards to Community youth. He said he supported skateboarding in the Community, emphasizing it was a good activity and that he would like to see it continue in the future.

Winners of the 7-10-year-old category

Winners of the 11-15-year-old category

Winners of the 16 & Up Category 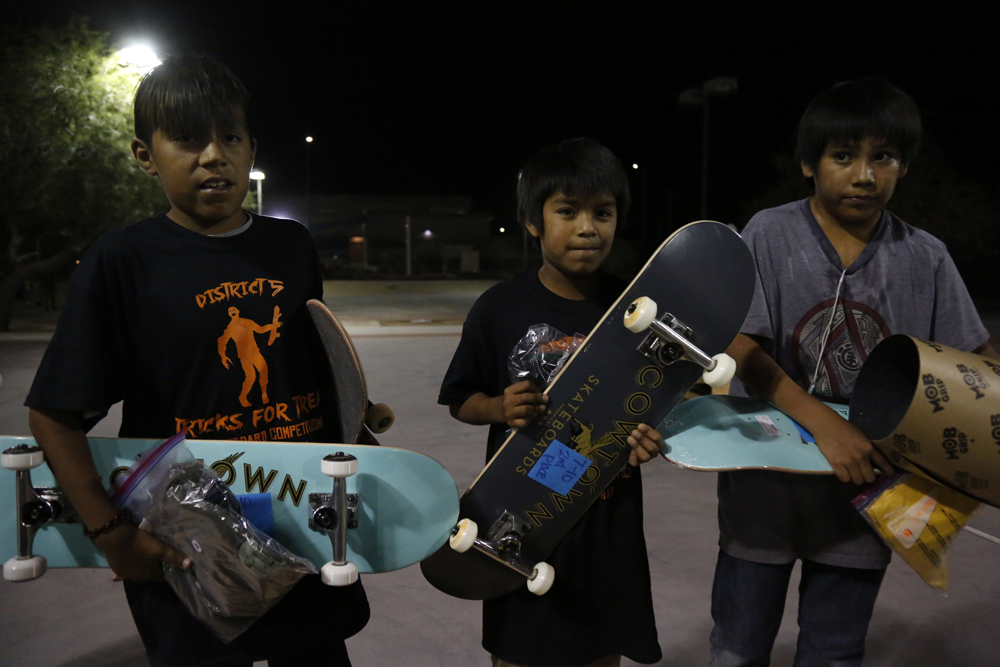 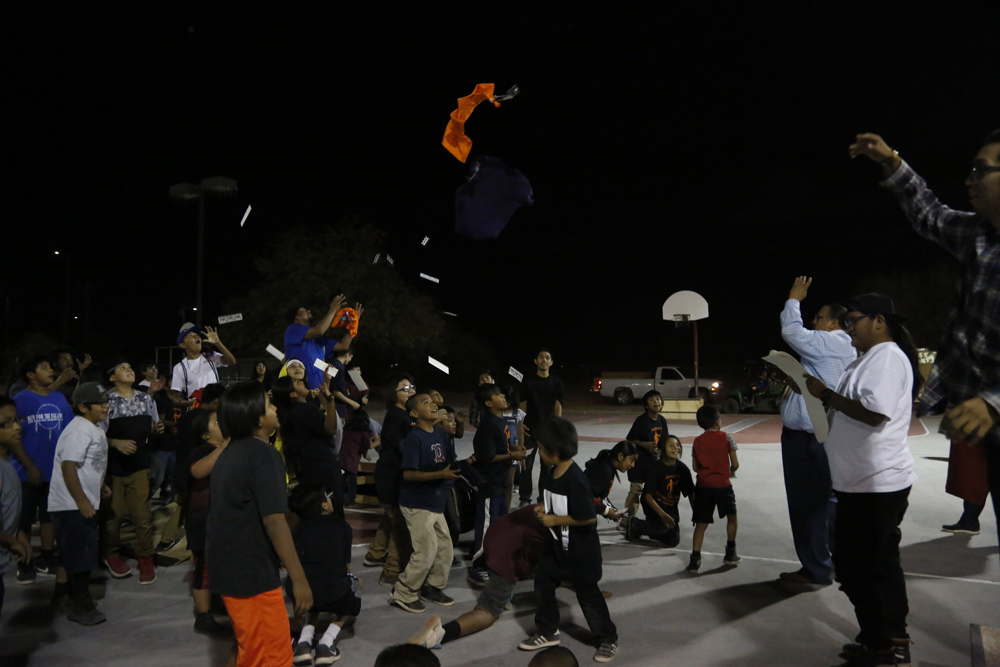 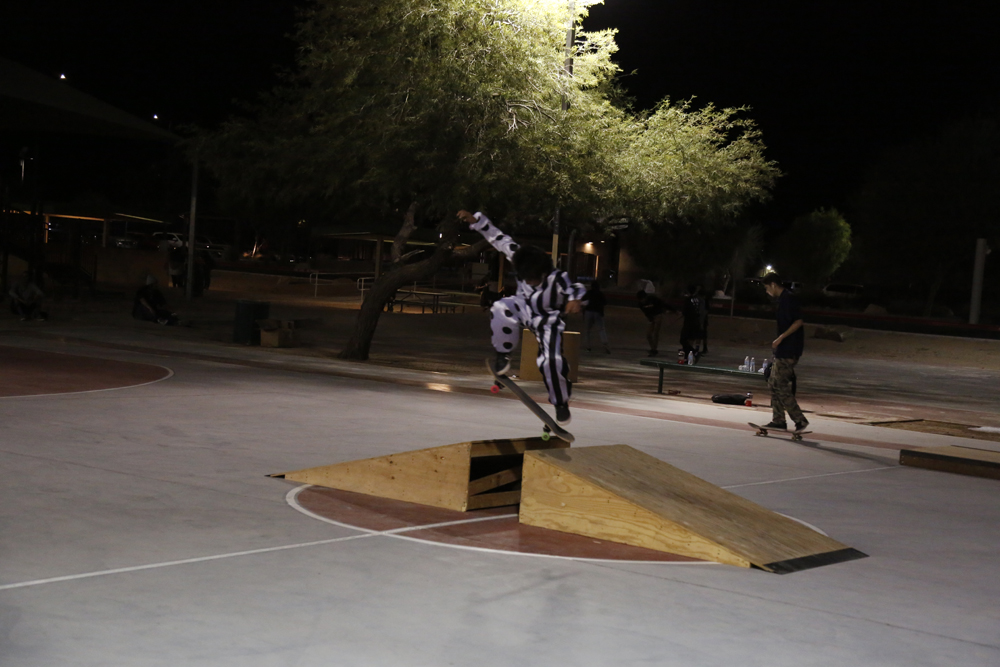 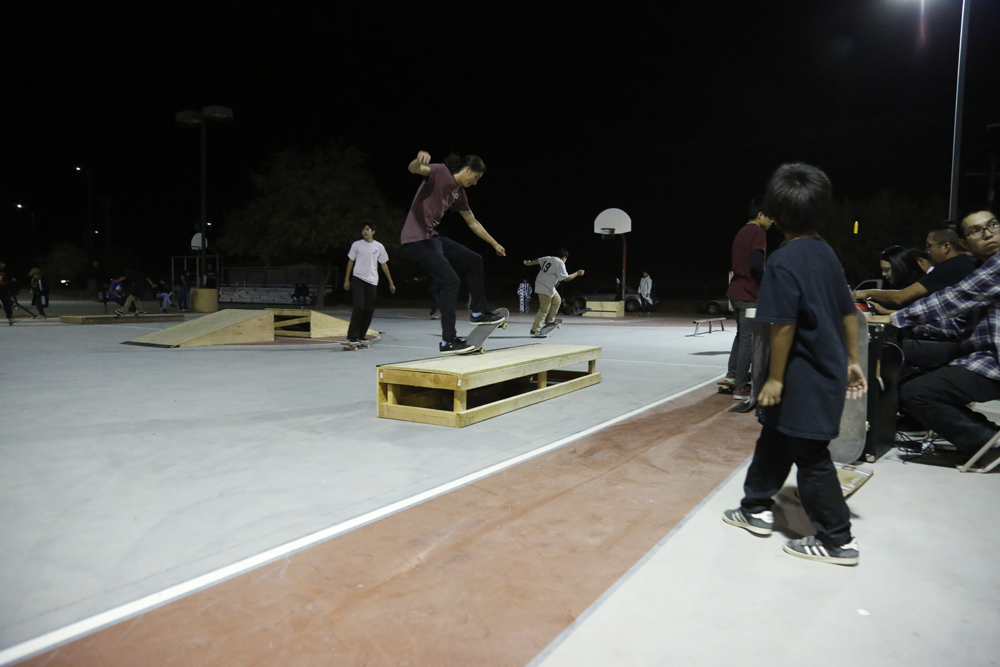 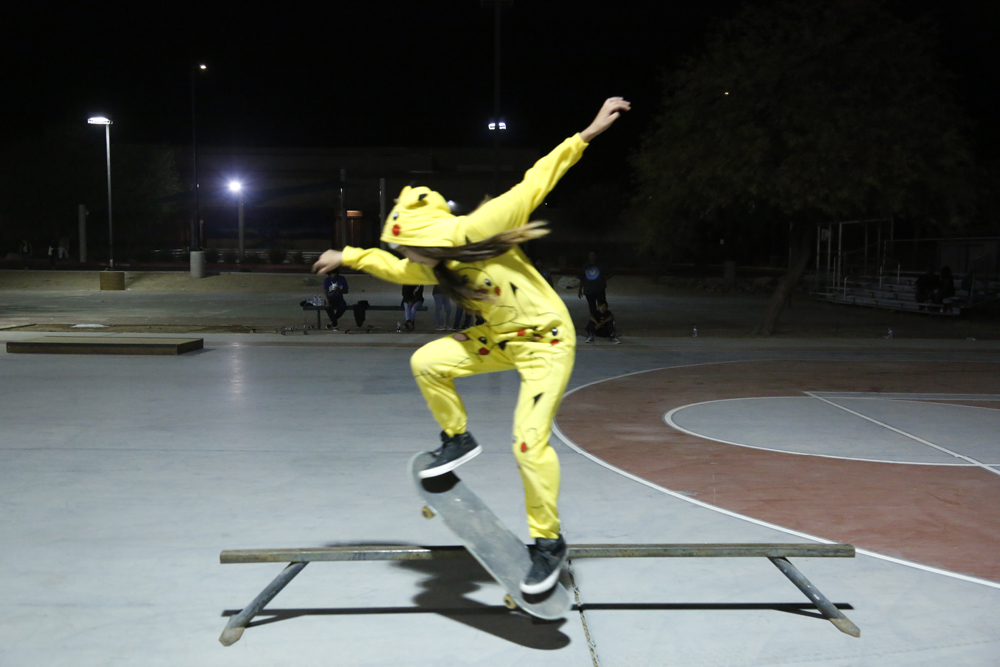 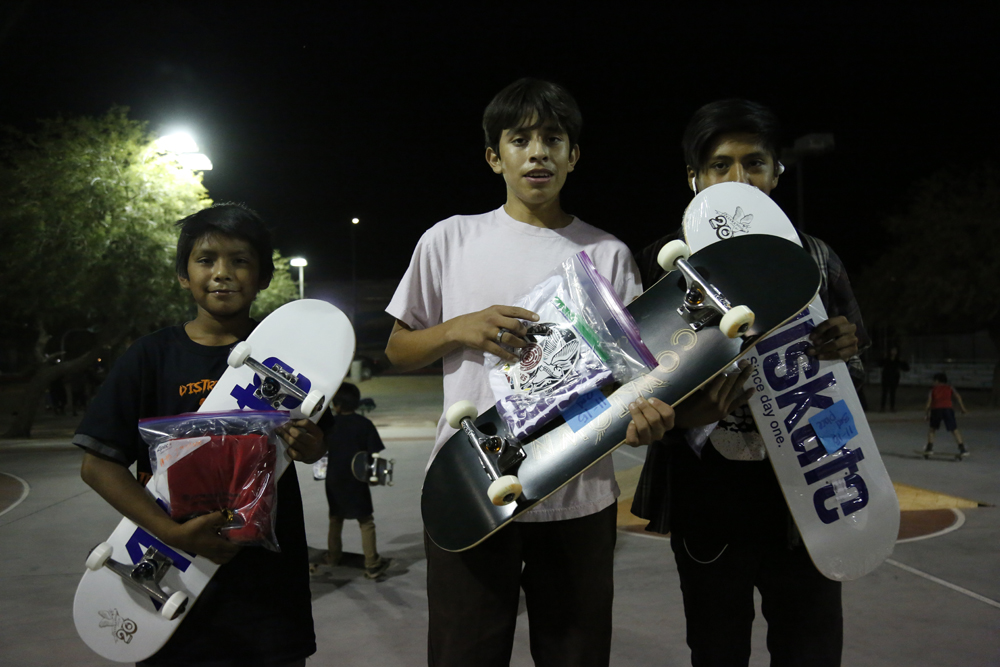 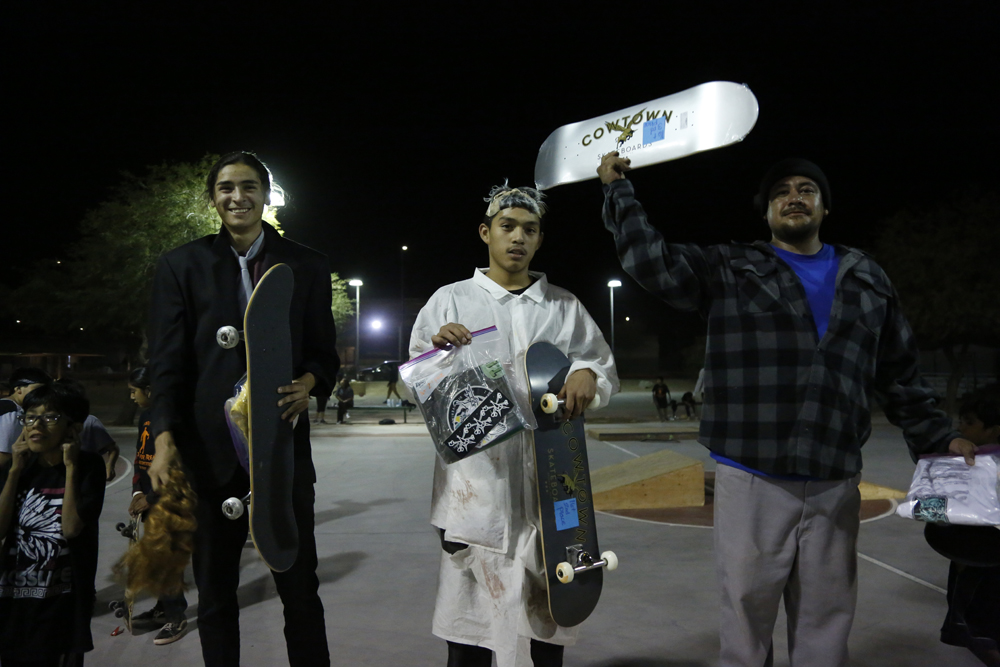