In 2009, working as an entry level warehouse worker with GRICUA, Mike Miguel did his job well, but he also liked the idea of a challenge.

Miguel was promoted from the GRICUA’s journeyman lineman apprenticeship program in June and was formally recognized at the Community Council meeting before family and coworkers on Oct. 18.

“You are a bright light to our Community. You literally keep the lights on,” said Gov. Stephen Roe Lewis, on congratulating Miguel on his new position.

“It really shows how our own utility authority is able to promote the advancement of Community members to fill these important positions, it’s a point of pride for our Community,” said Lewis.

The path Miguel set out on was one shared by GRICUA, who had the goal of producing more Community member Journeyman Lineman.

Miguel’s supervisor, Kathy Galloway, said it in 2008, “It was a vision by GRICUA senior management and board to build a highly qualified apprentice lineman program.”

She said the vision of the GRICUA apprenticeship program is to provide exceptional customer service in the form of a highly qualified and skilled workforce from the Community’s own membership, that is available 24/7 to bring power to its customers.

“The program would train GRIC Community members to become the next generation of GRICUA Lineman,” said Galloway.

Galloway compared the length of time to becoming a fully-fledged Journey Lineman to that of a four-year college degree, which combined 8,000 hours of work experience and 7,200 hours of self-study.

Miguel said, “I have a lot of people to thank and I am truly thankful to be here, especially GRICUA for giving me the opportunity for me to succeed in this program that I have completed.”

He said there were many mentors, who encouraged him along the way, and called for a moment of silence for former board members who have passed on.

“I’d also like to thank my mentors behind me for mentoring me through the process,” said Miguel, who acknowledged his wife and family for their support in completing the apprenticeship program.

Miguel said individuals like his sister, who informed him about the apprenticeship program and the help from the Computer Technology Center math tutors have played a crucial role in where he is today.

District 2 Council Representative Carol Schurz called for Community members to take advantage of opportunities like the one Miguel has taken up to set themselves up for success.

She said Miguel’s accomplishment is an example of the success that can be achieved when tribal departments and entities create programs that help them grow professionally.

District 5 Council Representative Robert Stone said Miguel’s path to becoming a Journeyman Lineman, can be influential to other Community members looking to get into a similar apprenticeship program.

“You are seen by other Community members who have successfully made it to a professional trade profession, it’s a milestone,” said Lewis. 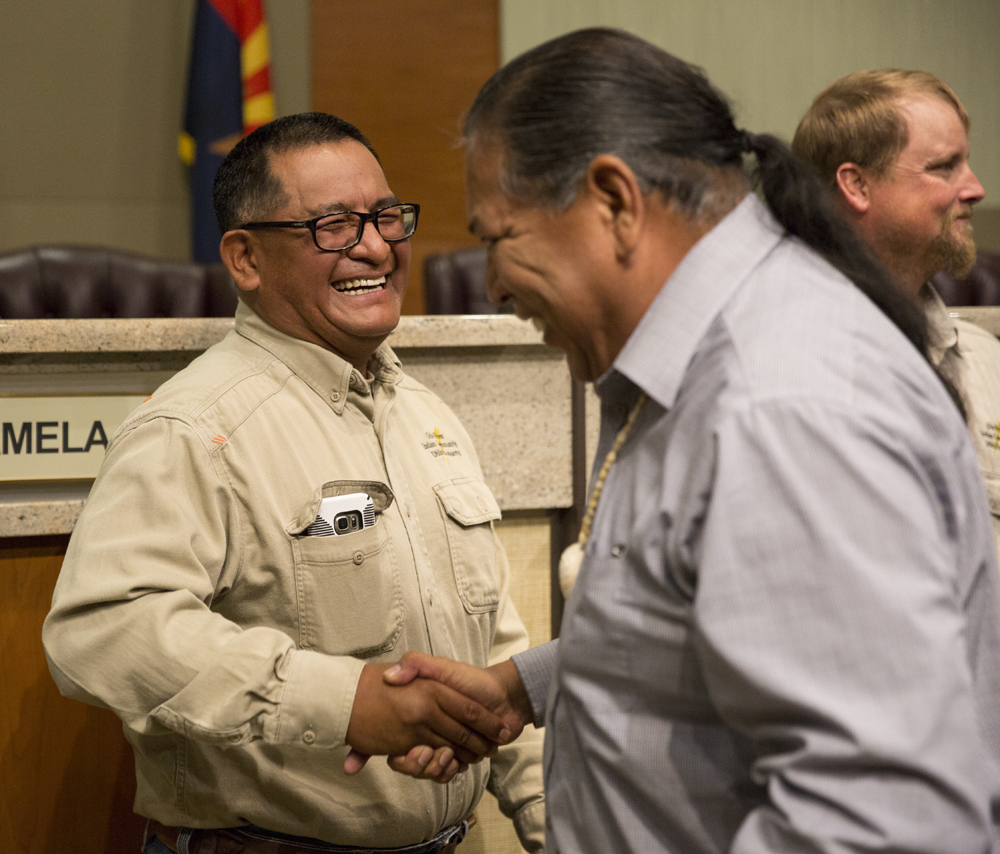 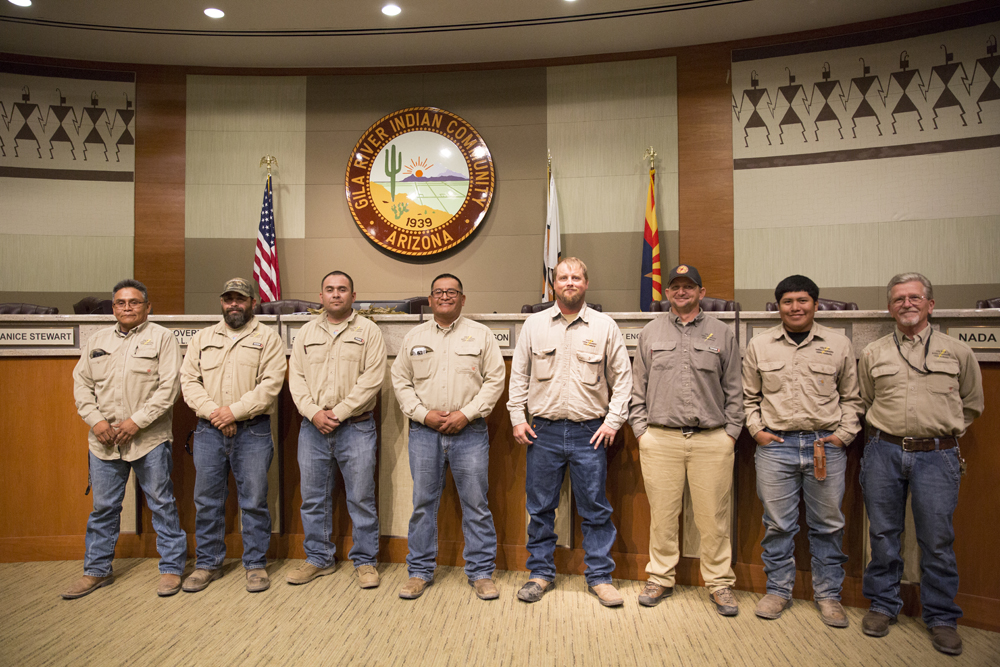