Since it’s inception in 1997, only 55 individuals have earned the College of Liberal Arts and Sciences Leaders distinction from a pool of 115,000 alumni. Gov. Lewis is among this select group of outstanding ASU alumni.

Gov. Lewis talked about the life as a tribal leader and the responsibilities that come with holding the Community’s highest position.

The leaders program is hosted by CLAS to invite them into the classroom to speak about how their education from ASU has shaped the individuals they have become since graduation.

According to the CLAS website, alumni from the college are invited to speak each year to, “Showcase extraordinary leadership skills while driving positive change locally and internationally.”

This year, Gov. Lewis was among three other CLAS alumni invited to speak at the annual leader event.

Gov. Lewis received a Bachelors of Arts in American Indian Studies from ASU and studied at the John F. Kennedy School of Government and Public Policy at Harvard University.

They were also recognized during an awards reception later in the day at Interdisciplinary Science and Technology building IV.

The awards were presented by CLAS Dean Patrick Kenney, who recognized all four, for their commitment to service in improving the lives of the communities they represent.

During the class speaker session held at Discovery Hall, Gov. Lewis described the governmental structure of the Community and how it is comprised of seven districts, which are represented by council representatives.

He then, went on to talk about the concept of tribal sovereignty and how that is represented in the Community today through various projects and initiatives.

Lewis used the Community’s water rights as a catalyst for talking about how tribes are successful in addressing their needs through advocation through the courts and other avenues to achieve social justice.

He touted projects like the Managed Aquifer Recharge site #5, that is revitalizing the Community’s natural riparian habitat and bringing back native vegetation along the Gila River.

“With the return of the water, we are keeping with the agricultural view of the Community,” said Lewis, “It impacts our traditions and ecosystem and our ability to work with surrounding communities over important resources like water.”

He said the knowledge he obtained as a CLAS student through many of the American Indian Studies courses offered at the college, are invaluable when applied to being in a leadership position over a tribal community.

For students interested in policy and law, Lewis said they are connected together, because many of the policies that are developed by the federal government can influence the livelihood of tribal members across the nation.

After speaking with the AIS students, Gov. Lewis was led on a tour of the CLAS section of the ASU campus, which is expanding into the old Sandra Day O’connor College of Law located at Armstrong Hall.

Office of the Dean, Associate Development Officer, Clayton D. Tenquist, said the CLAS leaders program is in its 17th year of bringing in alumni that serve as “models of excellence” in inspiring students.

“While selection as a member of CLAS leaders honors personal achievement, and provides accompanying recognition from peers, it also comes with duty and responsibility,” said Tenquist, in a statement about the leader’s program.

Some of Lewis’s notable accolades, includes serving as an Alternate Executive Board Committee member for the Native American Rights Fund, At-Large Delegate for the National Indian Gaming Association, and is a member of the American Indian Studies Advisory Board at ASU. 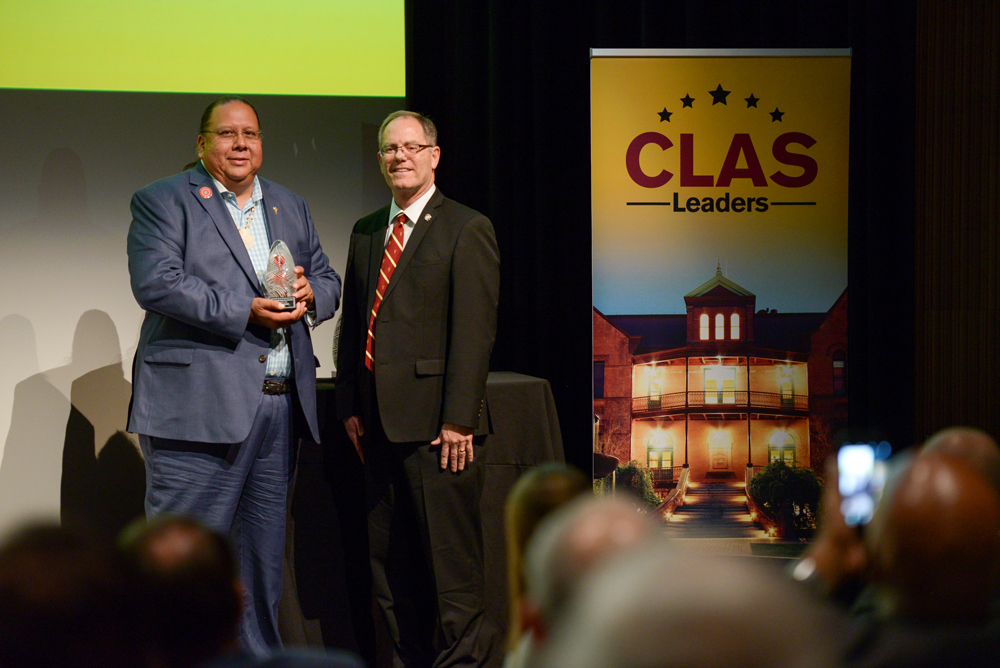 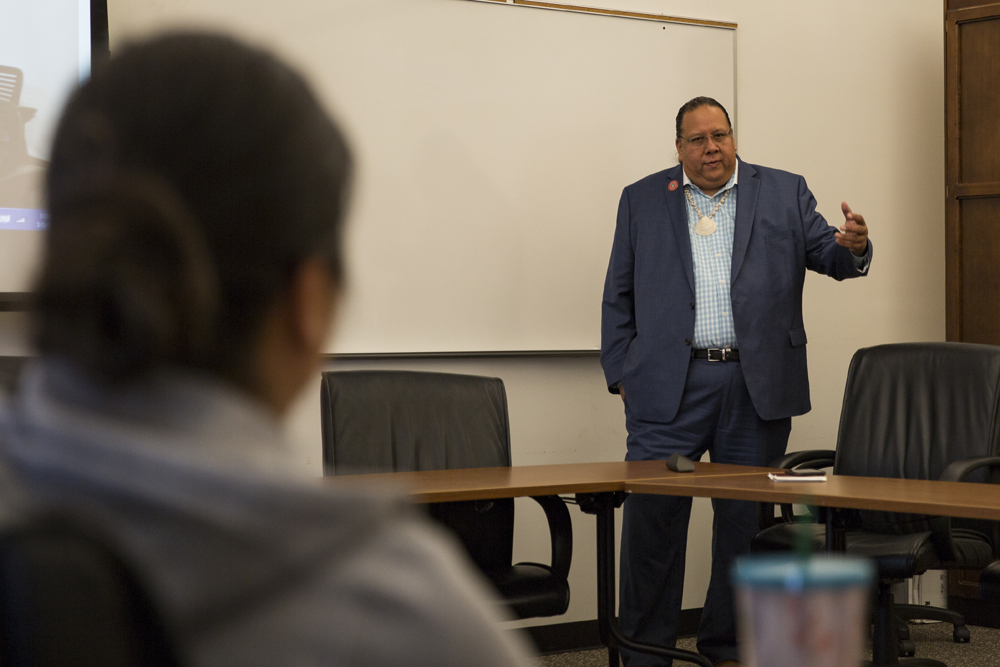 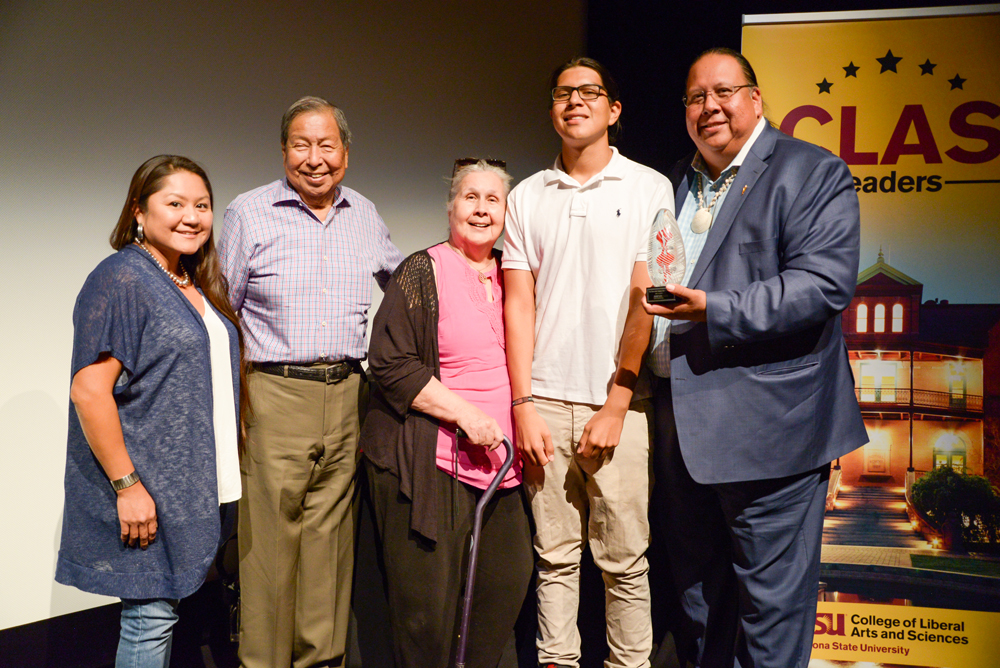