Hundreds of Gila River Indian Community members looking for a new job or interested in a career change, headed out to Employment & Training’s 25th Anniversary Career Fair held at the department’s courtyard on Oct. 27.

The fair began with the Posting of Colors performed by the Pee Posh O’odham Veterans, and the national anthem sung by former Miss Tohono O’odham Jaylene Wood.

Following the anthem, Tim Terry sang a traditional O’otham song that described a battle fought long ago in South Mountain, where O’otham warriors went to battle knowing they were not going to win the fight.

Lt. Gov. Monica Antone went from booth to booth greeting local job hunters and vendors, before taking center stage where she talked about the important role local organizations held in employing Community members, and encouraged those looking for work to stop by each booth and ask questions.

Following Lt. Gov. Antone’s welcoming speech, presenters from the Gila River Police Department gave a K-9 demonstration, where a wiry malinois chased after a GRPD volunteer wearing a protective sleeve. The K-9 quickly and efficiently took out the volunteer to the cheers of the surrounding crowd.

Mike Miguel, Gila River Indian Community Utility Authority’s first GRIC Journeyman, gave a short presentation during the event, where he talked about his own personal journey from needing a good job, to acquiring an education, and having to spend long hours committed to his job, all while making sure he had enough time to be a family man and go to his son’s sports games.

Elisia Manuel, E & T Outreach Job Developer, said the event was to show Community members what job opportunities are available to them.

Manuel added that if any Community members weren’t able to make the career fair, E & T will have a listing of all the vendors who participated. For the listing or to inquire about other career opportunities, contact E & T at (520) 562-3388. 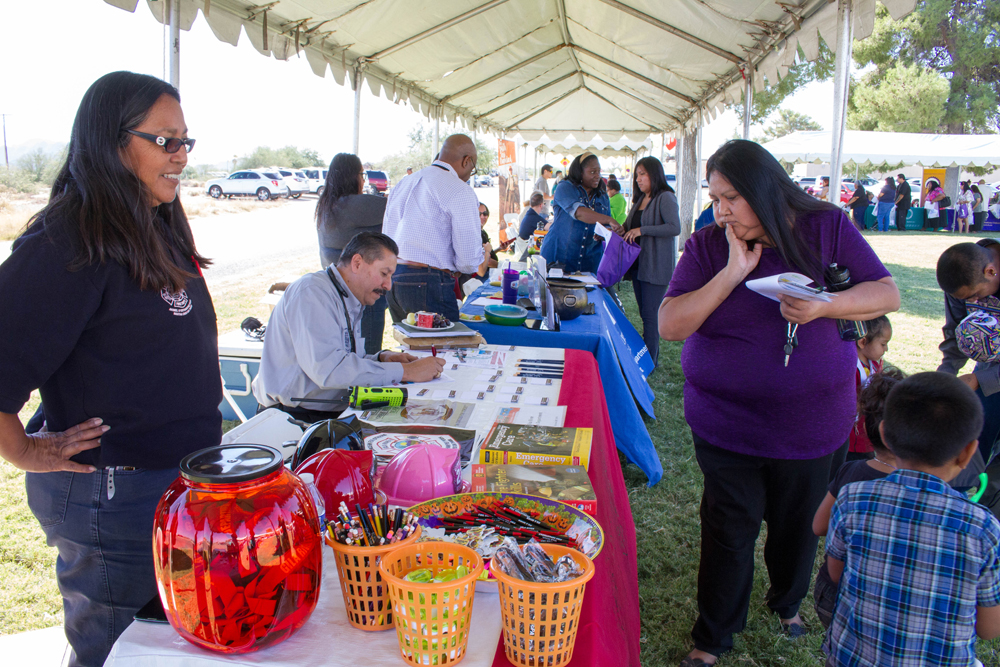 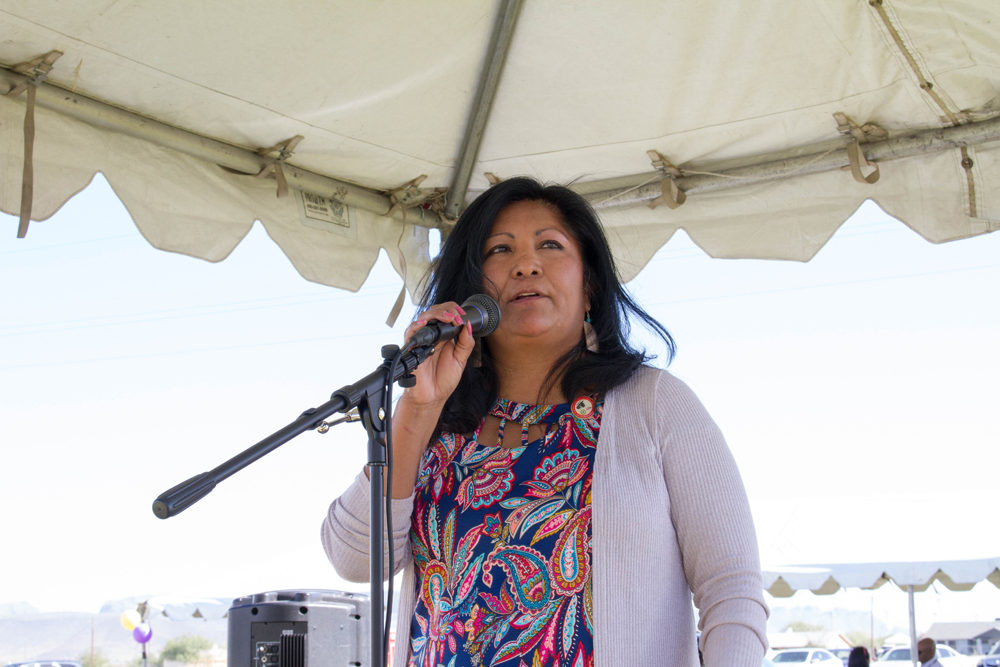 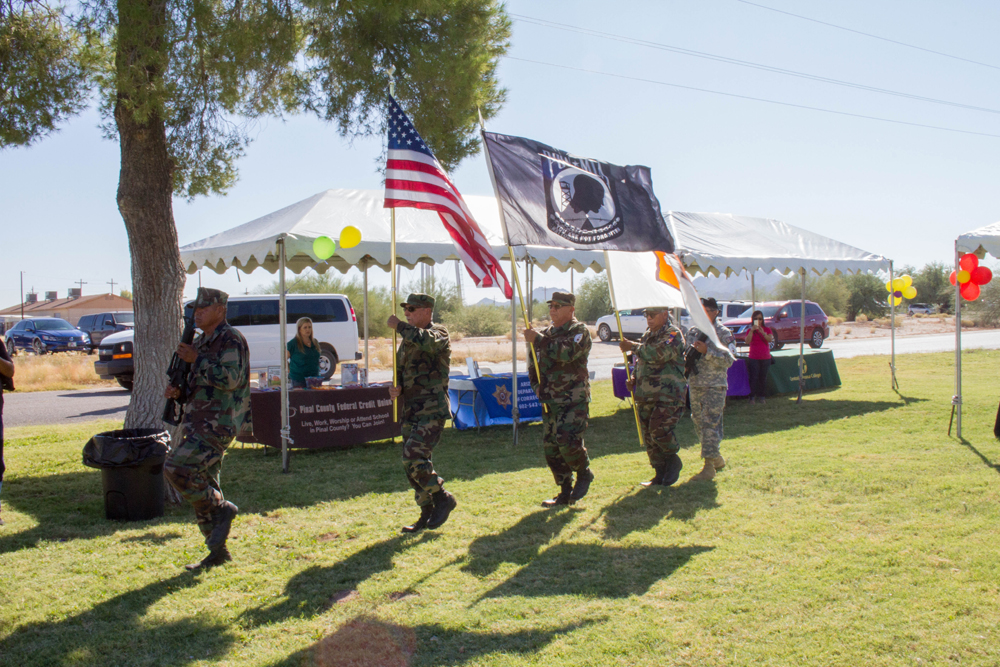 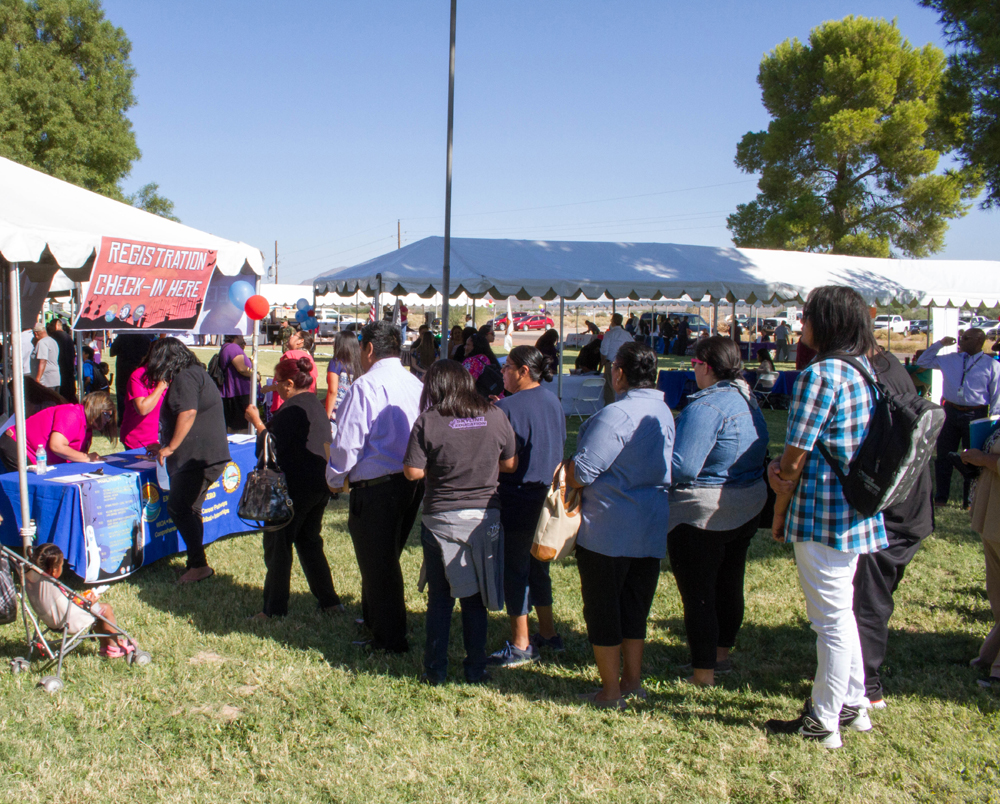 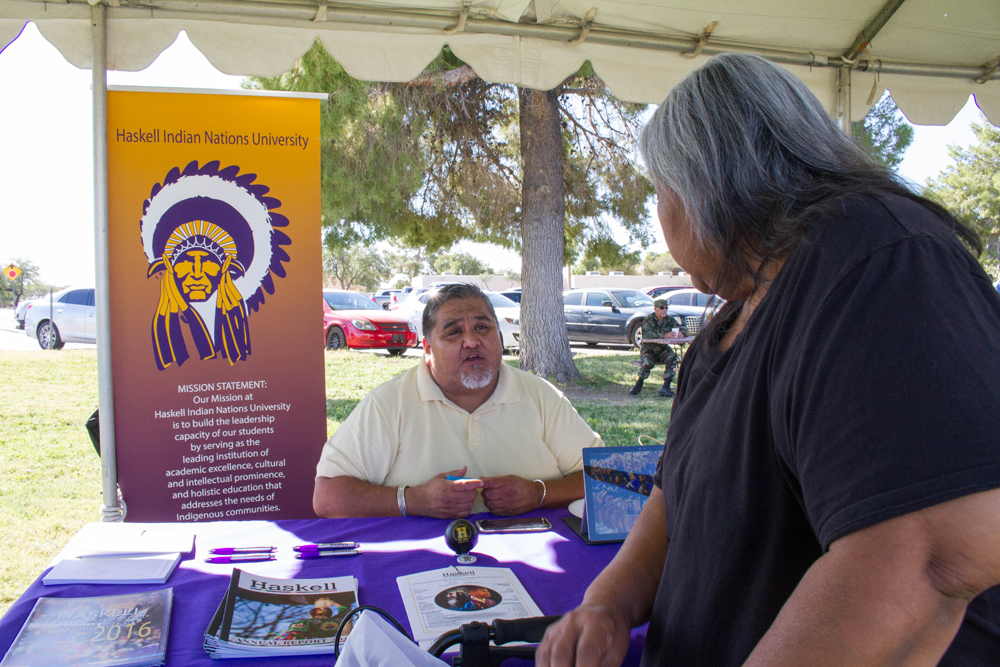 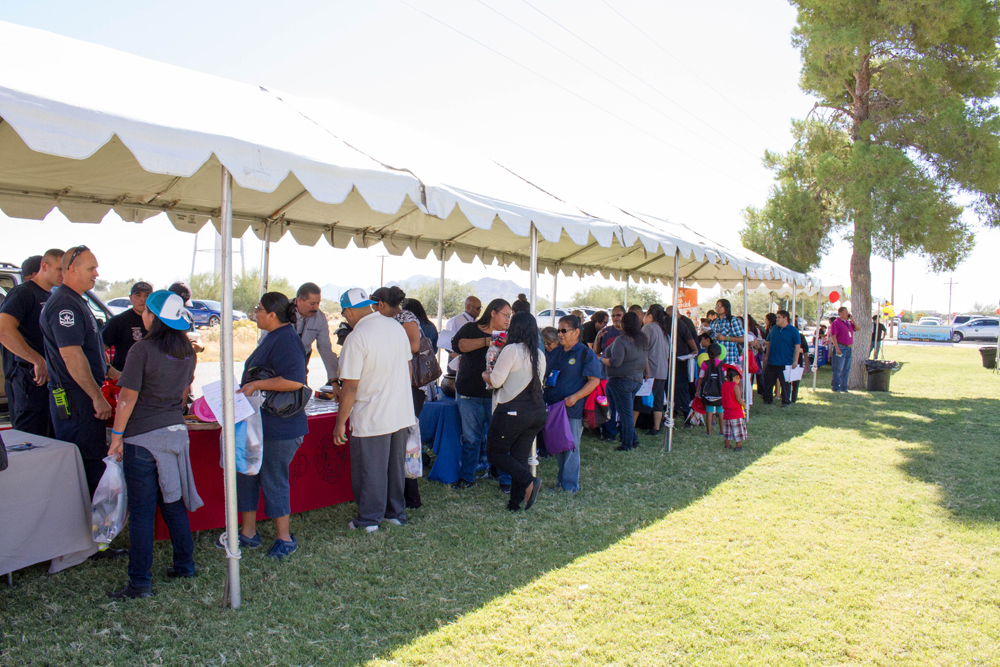 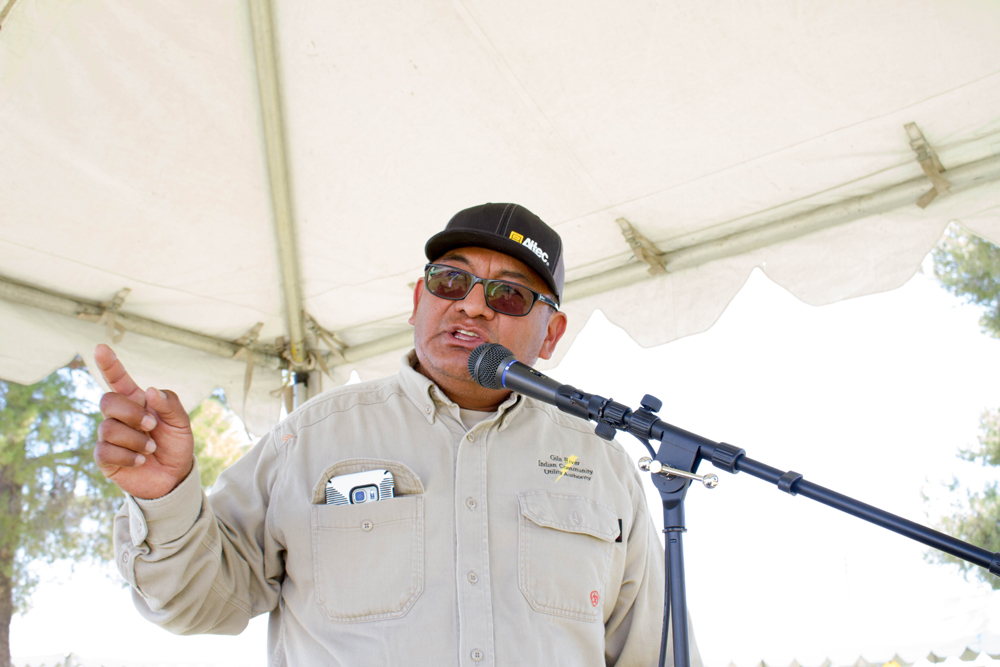