The 2017 Akimel O’odham/Pee Posh Youth Council (AOPPYC) Inauguration was held inside District 2’s Service Center’s gymnasium on Oct. 28, where 18 new members were sworn in to their seats, and outgoing members were recognized for fully completing their terms.

Lt. Gov. Antone congratulated both incoming and outgoing members of youth council, saying their leadership is important to the community and that she was happy to be part of their inauguration.

Outgoing youth council member, and former president of the AOPPYC, Autumn Cooper, gave an emotional goodbye to the gathered crowd. She said her time spent on youth council was an amazing experience and she learned a lot working in the organization and from its members.

Youth Coordinator, Michael Preston, honored each of the outgoing youth council, telling a personal anecdote about each member, emphasizing that everyone who participated was able to learn from their experience, but each individual also brought their own knowledge into the group.

Gov. Lewis gave the inaugurations closing remarks, saying each of the members deserve recognition and respect, and it is important the youth council members remember that they are standing on the shoulder of all who came before them.

Gov. Lewis closed the inauguration with a quote from George Webb’s “A Pima Remembers.”

“Now another day is coming,

Awake from the slumber,

Look toward the east,

See the rising of the sun,

Which means another day to toil.

Another day to hunt for meat,

To put the seed in the ground

So our people may not go hungry.

The great Father provided us the sun

To give life to our earth so

To hunt our game for meat.

So arise and muse of the day

And do not get in the way

Of the women as they go about

Fixing up the camp and the

Needed task of preparing meals for you.

Many moon, many suns have come and gone

Since our forefathers here on this same ground

So let us not waste this day.

But get your tools, go out to the field, or

Take down your bow and arrows

And go after the game, so that

Your family will not be in need of meat

So now I hope you will strive

To make this day the best in your life.” 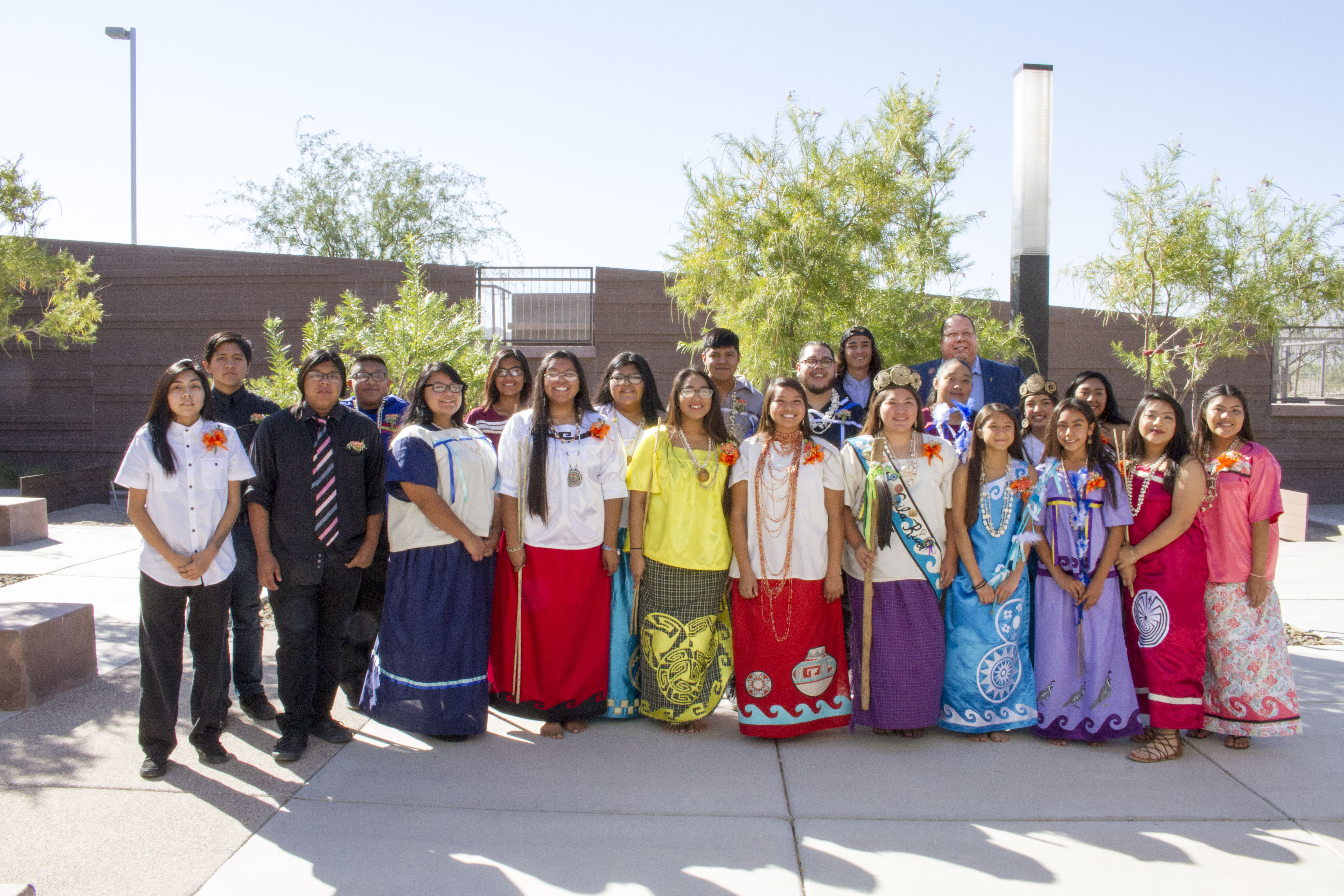 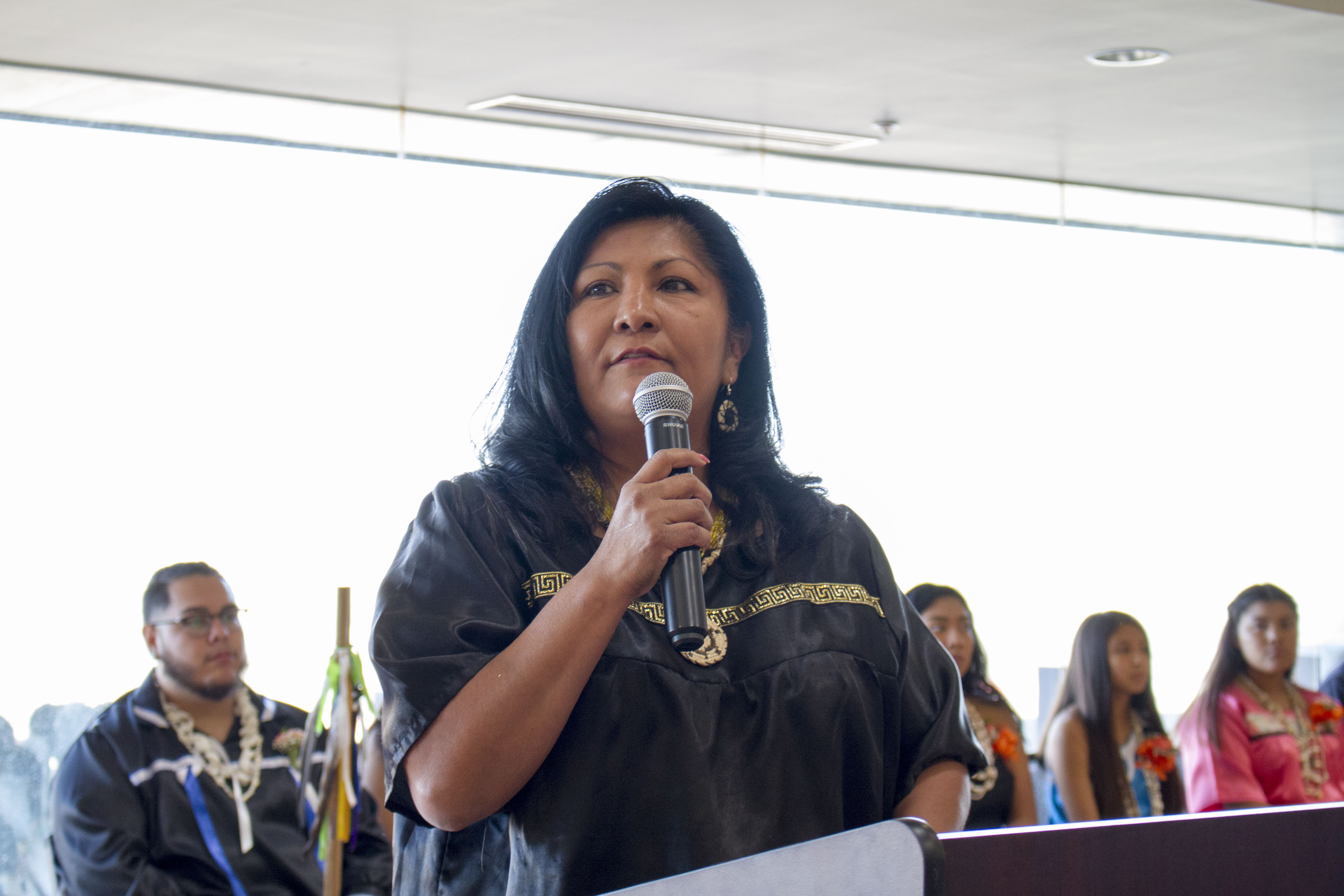 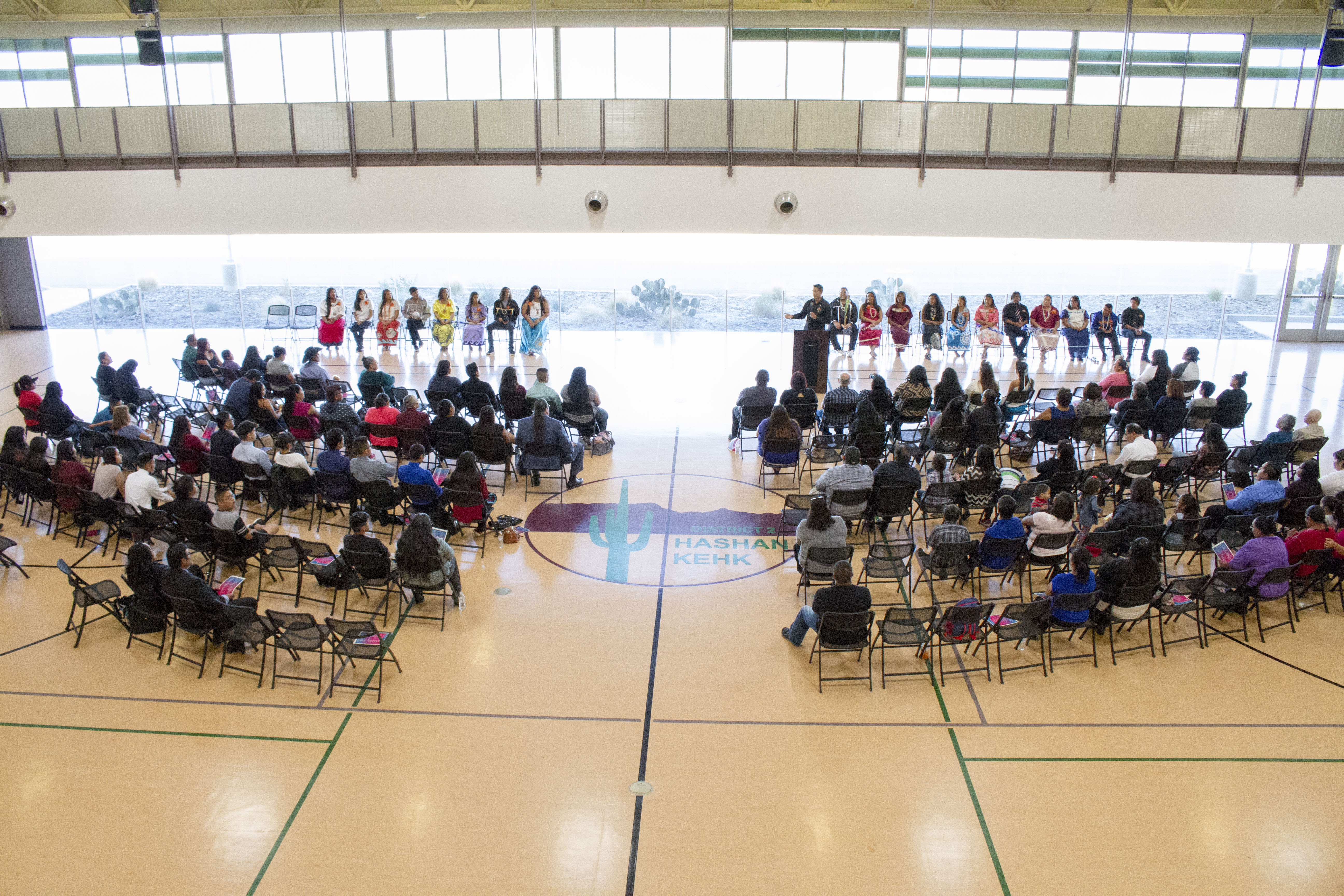 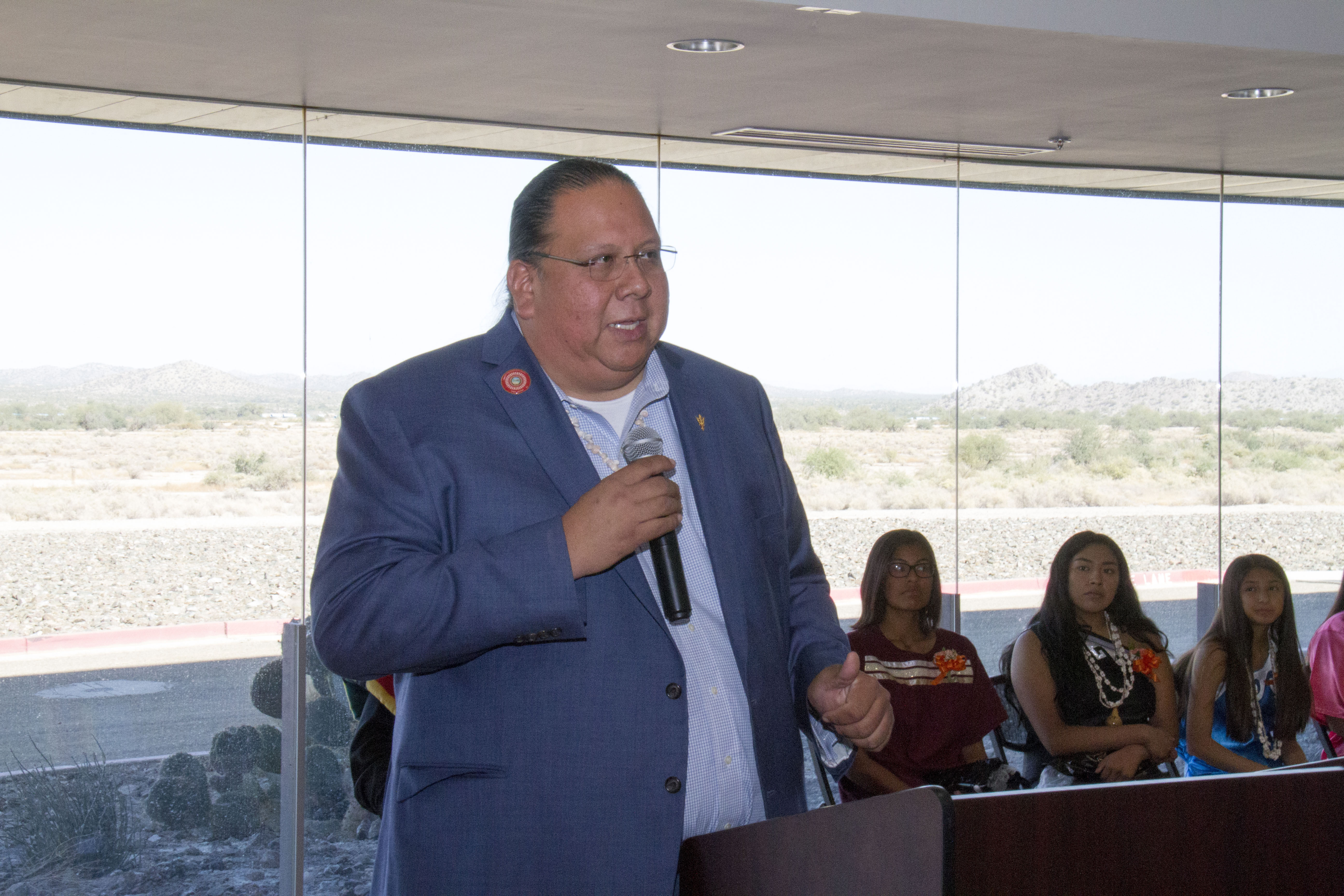