During the mid 1970’s, I was a teenager sitting at our local Indian hospital waiting to see a doctor.

The hospital was an older PHS/IHS hospital located in the capital city of Sacaton, Arizona on the Gila River Indian Reservation. As I sat in the waiting room, I noticed a worn out magazine sitting on a chair next to me. I skimmed through the magazine losing interest fast. I laid the magazine back on the chair and noticed something interesting on its back cover.

I picked up the magazine once again and stared at a beige machine with a set of white keys. The name below the machine read: “IBM 5100 Portable Computer.”   I was fascinated by the computer with all its electronic trinkets laid out on its front casing. I knew I would continue my on-going research on this new electronic finding.

After I graduated from 8th grade, my mother Lois (Pima), a registered nurse, took a nursing director’s assistant position in Northern Arizona on the Hopi Reservation in 1976. As I began my high school adventures that same year, I began my research on these so called ‘computers.’ I remember spending time in the high school library reading up on computer books written by various computer gurus of their generation. Most of the computer books, written in the 1960’s and early 70’s, entertained different types of computers along with various storage sizes, memory, and displays. After a few months buried in computer books, I came to a realization that I wanted to pursue a career in ‘computer systems.’

After completing my high school education, I attended college for a year. Shortly thereafter, I decided I wanted to work so that I could support myself and my family. I began my computer career working in the semiconductor industry and Indian Health Service (IHS). While working as an IHS Computer System Analyst, I decided that I wanted to return back to college to complete my computer degree program. I applied for an Indian Health Scholarship Award and was blessed and fortunate to receive the award in 1992.

Prior to attending college in early 1993, my father Bennett (Hopi) passed away. I began college with a heavy heart. In the long run, I knew I had to be strong for myself and my family and to complete my college education. After receiving my college degree along with additional computer knowledge power, I headed back to the Gila River Indian Reservation and jumped back into the tribal computer ‘work force.’ I was able to seek employment in various jobs pertaining to tribal database management systems/networks, computer training, and casino Indian gaming IT systems.

On a rainy evening at home a few days ago, I began reflecting on both my past schooling and computer career.

As I continued to reflect on the good ole’ days, a burst of lightning sounded off nearby leaving my house in total darkness. Instead of playing card games on my laptop, I continued my trip down ‘computer’ memory lane. I also began thinking of a word that best described our current computer technology world today. I pondered for a second or two, and finally, a definition popped into my mind: ‘double edged sword.’ I grabbed a dictionary and read through several definitions until I found the best meaning that described our technology today: “Something that has or can have both favorable and unfavorable consequences.”

As long as I have worked with computer systems, I have witnessed many ‘favorable and unfavorable consequences’. ‘Favorable consequences’ on one side of the sword are many. I have seen or read on great computer advancements and inventions found in computer sciences, businesses, education, governments, and all other computer related entities in our world today.

These results have not only improved the way of life for millions of people around the globe, but have given birth to even ‘newer’ technologies associated with people, places, and things.

So many harsh unfavorable consequences ruining people’s lives and careers, destroying computers systems and networks, spreading hatred, violence, and even death…destructive results detrimental to both computers and human lives.

With the ‘double edged sword in mind’, how do we, the world society, continue to work the ‘favorable’ edge of the sword and negate the ‘unfavorable’ edge? I, for one, continue to educate all others in both my tribal community and business world that computer technology is to be used as a positive ‘help tool’ and should never be exploited in a damaging or negative way. 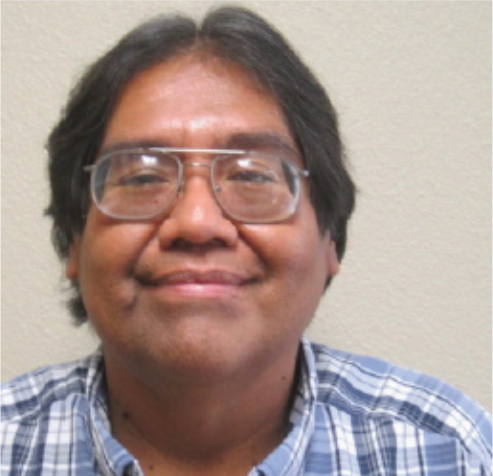