Over the past several weeks a series of wild fires have devastated areas of Napa, Sonoma, Lake, and Butte counties in northern California, destroying over 3,500 structures, killing at least 41 people, with over 400 still missing, and forcing the evacuation of over 20,000.

Firefighters from around the United States, and the world, have been traveling to the affected areas to help put out fires, including the Bureau of Indian Affairs Pima Agency Type 2 IA Crew, which is primarily comprised of Native Americans firefighters. Several members of the crew come from the Gila River Indian Community: Julian Murgia, D6, Anthony Allen, D5, Gabrielle Baker, D5, and William Morago, D4.

Sinclair said the loss of life and property has been significant and the crew is working hard to make sure the fire is contained.

“The crew is driving through burned out neighborhoods, witnessing body recoveries,” said Sinclair. “They are proud to be here assisting and helping out in this time of need, but also sad at witnessing so much devastation,” he said.

He said it is good for the crew to be helping out in this time of need, gaining valuable experience, and taking part in such a large event.

According to the Mercury News, the Mendocino Lake Complex Fire has claimed the lives of eight people, destroyed 50 homes, burnt 32,100 acres, and displaced an estimated 5,000 people in evacuations. Winds are expected to increase this Friday and through the weekend, which could potentially spread the fire.

To keep up to date with the Pima Agency Type 2 IA Crew visit their Facebook page at https://www.facebook.com/TribalNationsResponseTeam 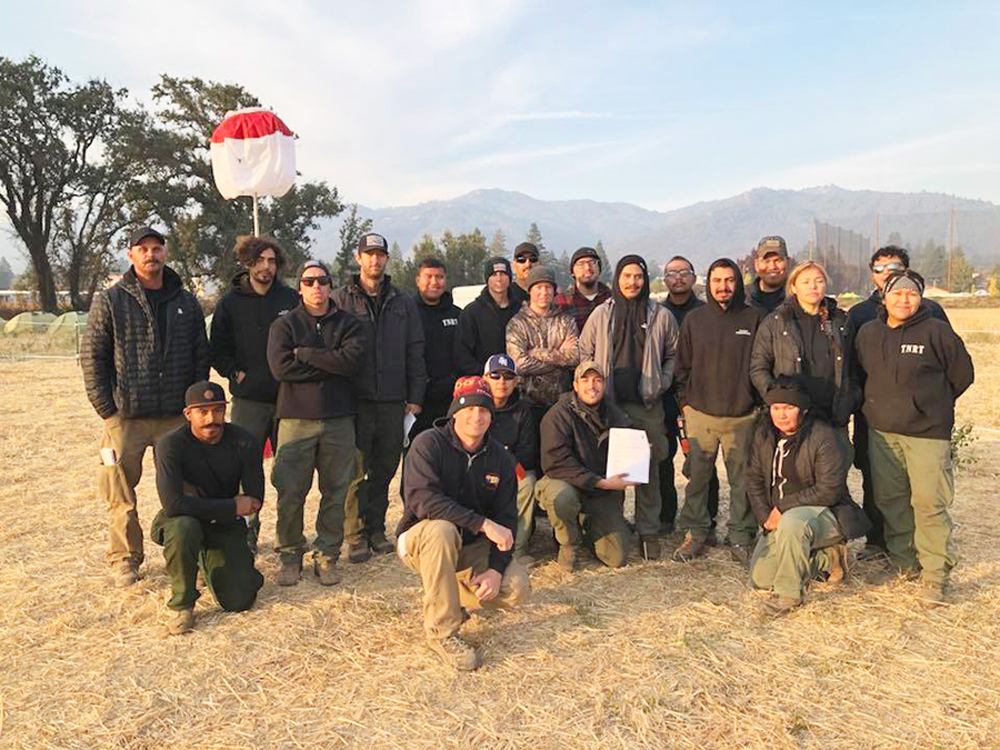