Two GRIC servicemen honored at Run for the Fallen

In honor of two Gila River Indian Community military veterans who fell in combat, 240 students from St. Peter Indian Mission School put on their running shoes and ran two miles throughout the school’s campus on Oct. 13 for the 2nd Annual Run for The Fallen, an event where participants run o-ne mile for a specific service member killed in combat.

The two Community veterans given tribute during the event were U.S. Army Cpl. Billy B. Farris, who was killed on December 12, 2006 during operations in Iraq, and U.S. Marine Corps L.Cpl. Joe M. Jackson, who fell on April 24, 2011 while serving in Afghanistan.

The event, which was attended by St. Peter students, staff, Community veterans, and tribal dignitaries, began with the singing of the national anthem and Pledge of Allegiance performed by students, followed by the Posting of Colors presented by members of the USMC Color Guard from Yuma’s U.S. Marine Corps Air Base, and a welcoming from Gary Anderson.

Anderson performed a roll call, where he called out Community veterans’ ranks and names. Each veteran whose name was called stood at attention. Veteran after veteran stood at attention reporting back to Anderson until he came to Cpl. Farris and L.Cpl. Jackson’s names. For Farris and Jackson’s roll call, only silence was heard. Shortly after Taps was played in honor of the fallen soldiers.

Gov. Stephen Roe Lewis said veterans and Community members who have fallen in combat are important to the Community, which has a rich and storied military history, from Matthew B. Juan and Ira H. Hayes, to members of his own family, including his great uncle Cpl. Richard Lewis who served in the First Marine Division Reinforced during World War II and was killed in action in 1943.

USMC Sgt. Maj. Robert Foster said he was humbled by the presence of the veterans in attendance and the Community’s sacrifices its members have made in service to the country.

“Today, our fallen Arizona heroes are being honored for their unselfish service to our country,” Sgt. Maj. Foster said. “The Gila River Indian Community is a rich part of this story, your sons and daughters have heard the call and stepped forward to be part of this story and to give to this great nation. This community has always rallied behind and supported those efforts, and this great community has also lost. The gold star families giving the ultimate sac rifice, and your sons giving their lives, Cpl. Billy Farris, United States Army, and L.Cpl. Joe Jackson, United States Marine Corps. As we run for the fallen, each mile represents a hero and each hero has a story, every story includes a family and loved one. Today we give tribute to them by name, to the sacrifices they gave and the sacrifices of their families.”

Gov. Lewis presented, Shawn Marceau, with an Arizona Gold Star medal in honor of L.Cpl. Jackson, which is a symbol of appreciation and recognition of service and sacrifice to the United States. The medal was created by the Arizona State Legislature to honor members of the armed forces of the U.S. who have been killed in action.

“It’s great medicine,” said Marceau. “It is helping us complete our circle of who he was. Now we are coming back to his roots. It was really powerful to see how loving and accepting the tribe and veterans community is here.” 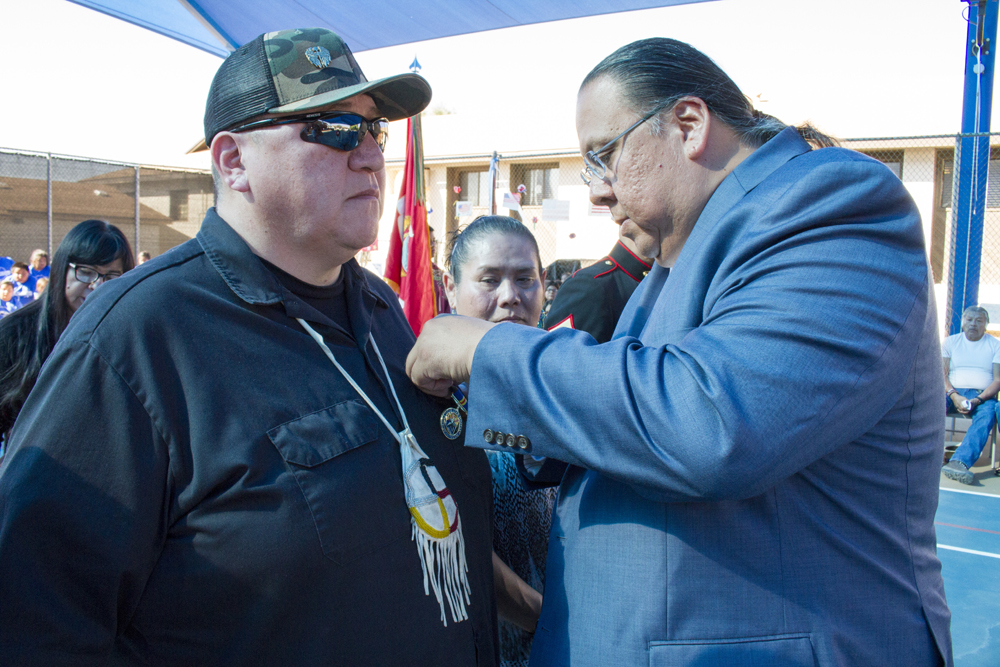 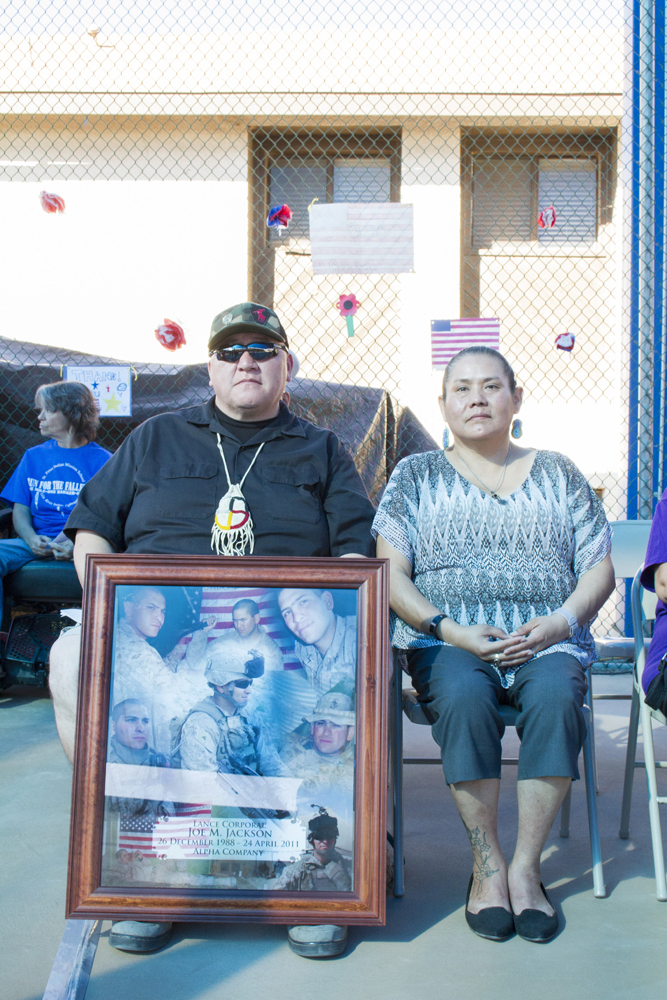 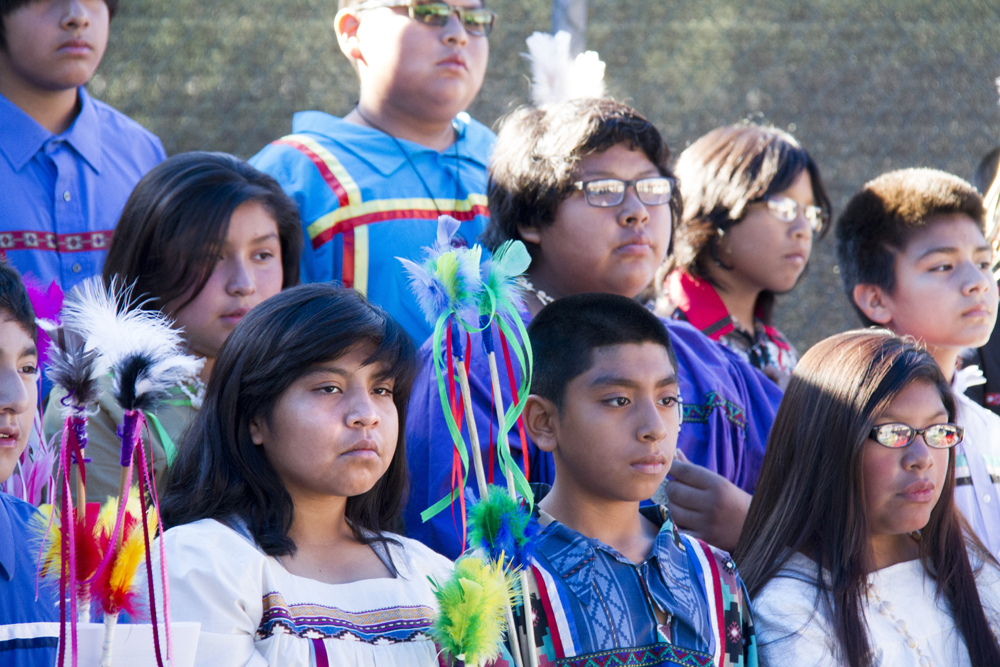 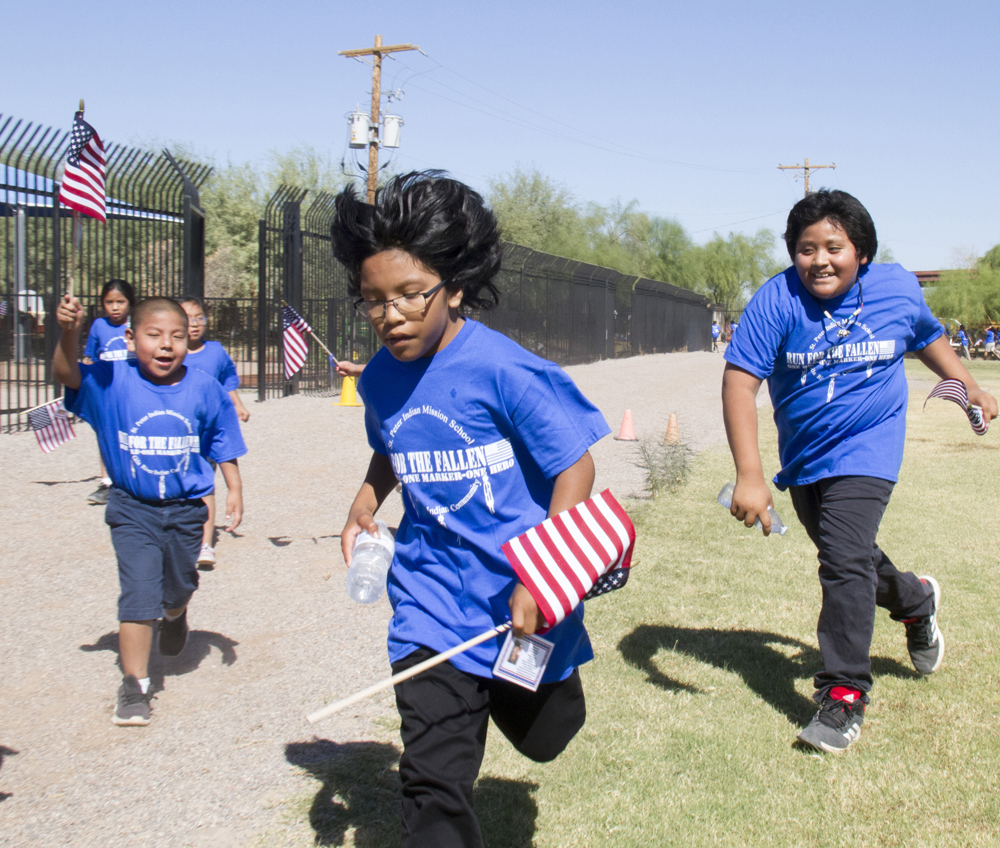 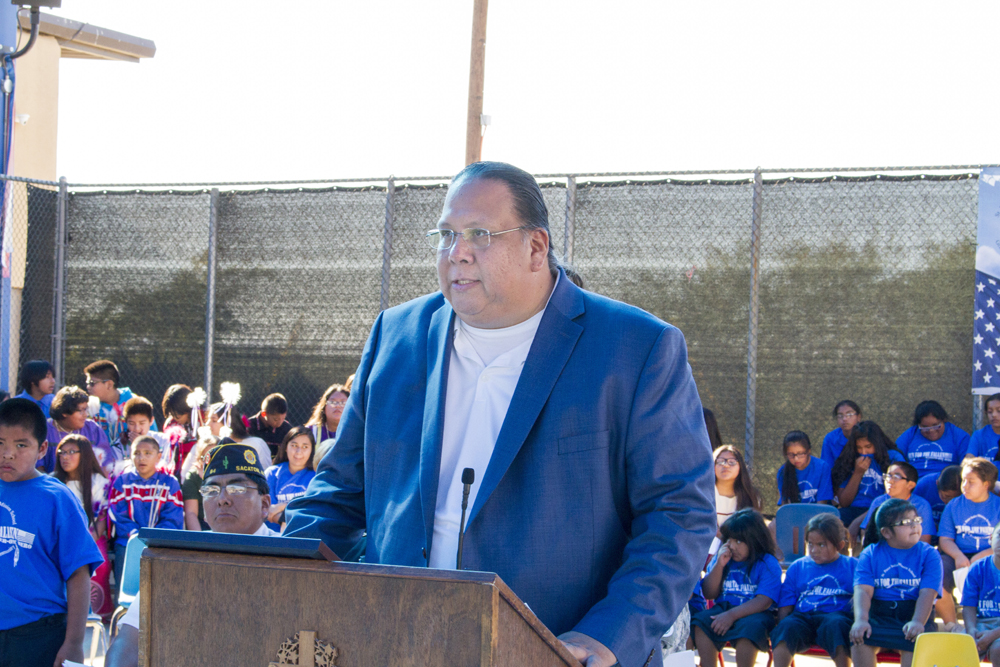 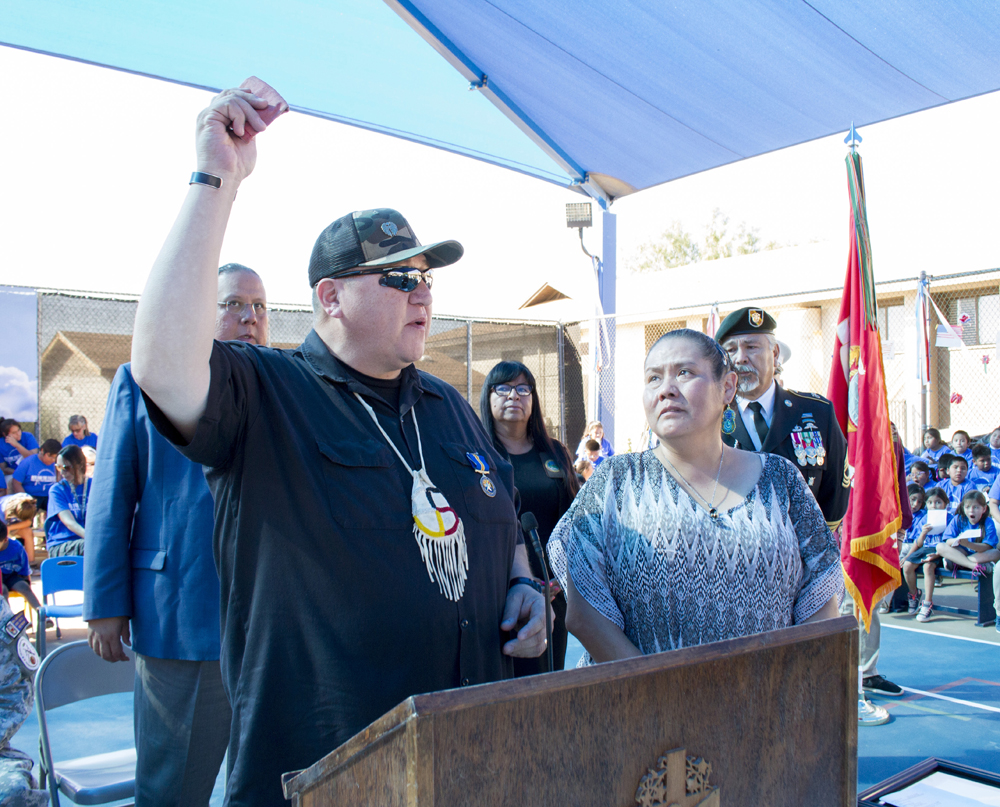 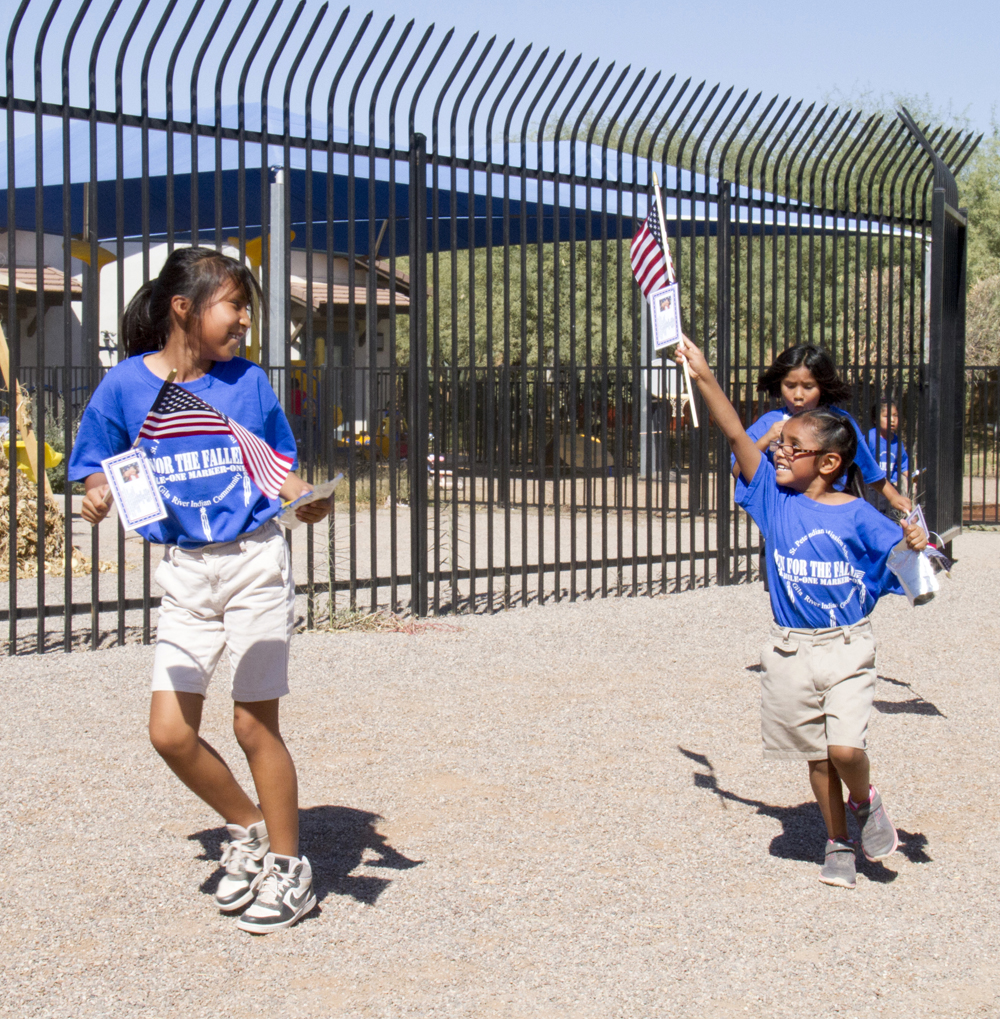