GRIN Articles > Governor’s Employees of the Month for June, July and August

Governor’s Employees of the Month for June, July and August

Three Gila River Indian Community employees received the Governor’s Employee of the Month awards for their hard work and contributions to the Community’s workforce and members.

Department of Environmental Quality Environmental Inspector Tony McCandless, received the nod to be the GEM for the month of June.

According to his supervisor Daniel Hoyt, McCandless, “has been instrumental in the development and capacity building of the program to ensure that pesticides are regulated in a manner to protect both human health and the environment.”

Hoyt added, that McCandless promotes positivity among the team and is dedicated to the task at hand.

District 7 Service Center security guard Paul Gallardo was nominated for the July GEM for his ability to assist Community members by creating a safe and friendly atmosphere while on the job.

According to his nominator District 7 Coordinator Shelby Francisco, “He takes his job to heart by going above and beyond to ensure the safety of the D7 facility.”

The description went on to say, that Gallardo helps visitors, who need assistance with carrying heavy items that need to get to their vehicle.

Her supervisor the Communicable Disease Investigator, Jimmy Orozco, said, “She serves as a great role model and mentor and [you] can really see, she cares about the Community member.”

In addition, Antone has demonstrated effective leadership skills as acting director and during her day-to-day interaction, while educating community members about important health subjects. 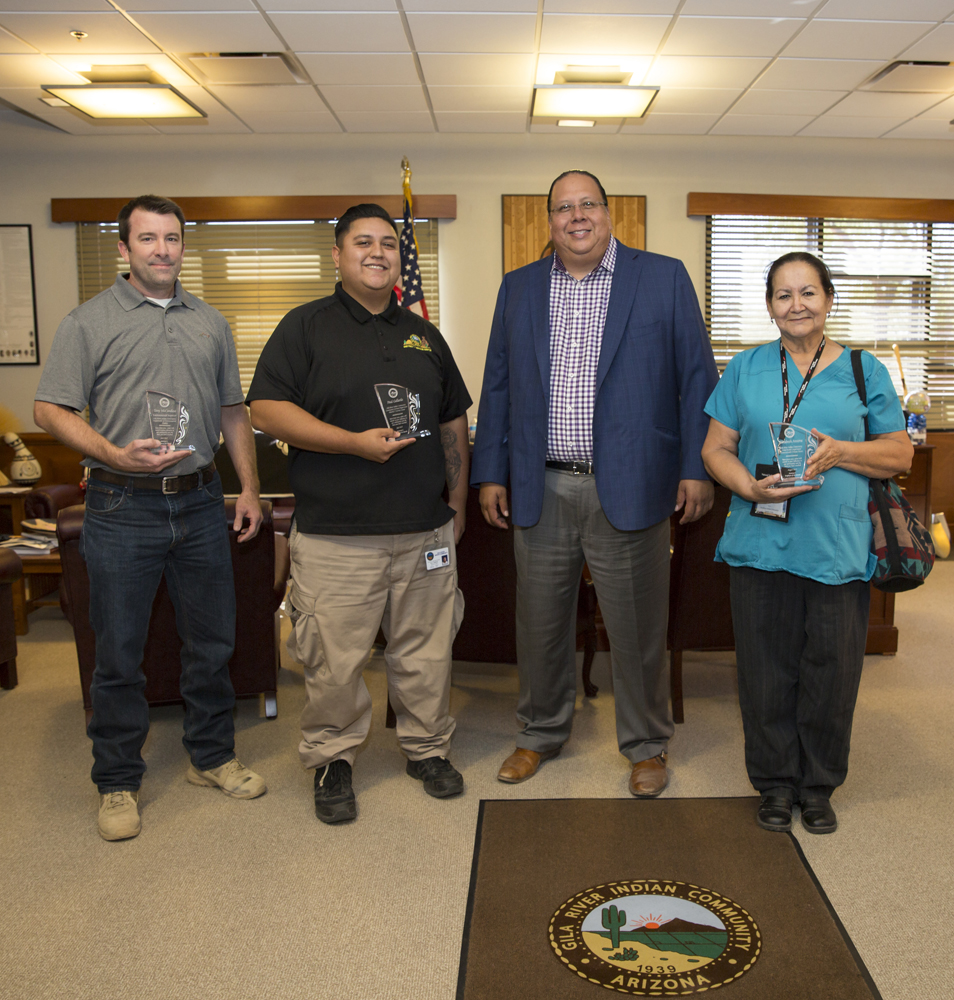