For a veteran that is in need of assistance, the O’odham Veterans Committee has your back. At the annual O’odham Veterans Celebration, approximately 100 veterans, along with families and supporters, gathered for a morning of presentations, speeches, prizes and a chance to interact with organizations designed to assist veterans with benefits, health care, education and mental health.

With seven events to their credit, the latest celebration in the Community was held Sept. 16 at the Vah Ki Multipurpose Building in District 5. Numerous GRIC entities assisted the O’otham Veterans Committee with funding as well as several volunteers who offered their time to help the men and women who served in the military.

The day began with registration, an opening prayer and welcome addresses from Oscar Urrea, Ira H. Hayes Post 84, and Douglas Juan, Gila River O’odham Veterans Celebration Committee Chairman. Following the posting of colors, the singing of the national anthem, and a performance of Taps, Gov. Stephen Roe Lewis gave an address that focused on the special day of activities for GRIC veterans. “This is a part of what we’re trying to do, to live up to honor the sacrifices of our veterans,” he said.

Lt. Gov. Monica Antone extended her appreciation to the guests from the O’otham sister tribes of the Salt River Pima-Maricopa Indian Community, the Tohono O’odham Nation and the Ak-Chin Indian Community. Lt. Gov. Antone also voiced her admiration for female veterans and for the women who prayed for the safe return of their loved ones from service.

“It’s always good to have [tribal leadership] show their support for the veterans,” said Juan. Juan has been the chairman of the celebration committee in GRIC for the last two years.

Korean War Veteran Kenneth Hayes also attended and was presented with a blanket, made by JR Quilters for Veterans, on behalf of the O’odham Veterans.

Among the providers who lined the gym in District 5, were the Southern Arizona VA Health Care System, the Vet Center Program, Veterans Upward Bound at Arizona State University, Gila River Health Care, the Arizona Department of Veterans’ Services, Honoring/Hiring/Helping Our Heroes of Pinal County, among others.

Several vendors were also on hand selling jewelry and veteran-related merchandise and material. “I haven’t seen this many service providers in a while,” said Pacer Reina, SRPMIC, U.S. Army. Reina, a member of the O’odham Veterans said that these celebrations are a way for veterans to connect with organizations for assistance. “All of our events are geared toward bringing out regional service providers for veterans,” said Reina.

This has been the calling for the O’odham Veterans over the last ten years who have three more events following the most recent GRIC celebration in District 5. The O’odham Veterans were at the Apache Gold Casino for the San Carlos Apache Veterans Celebration on Sept. 23. The planning committee in GRIC will get a brief respite until organizing for the next event in the Community beginning in January. The committee wished to thank everyone for attending and supporting the veterans of Gila River and all Veterans. 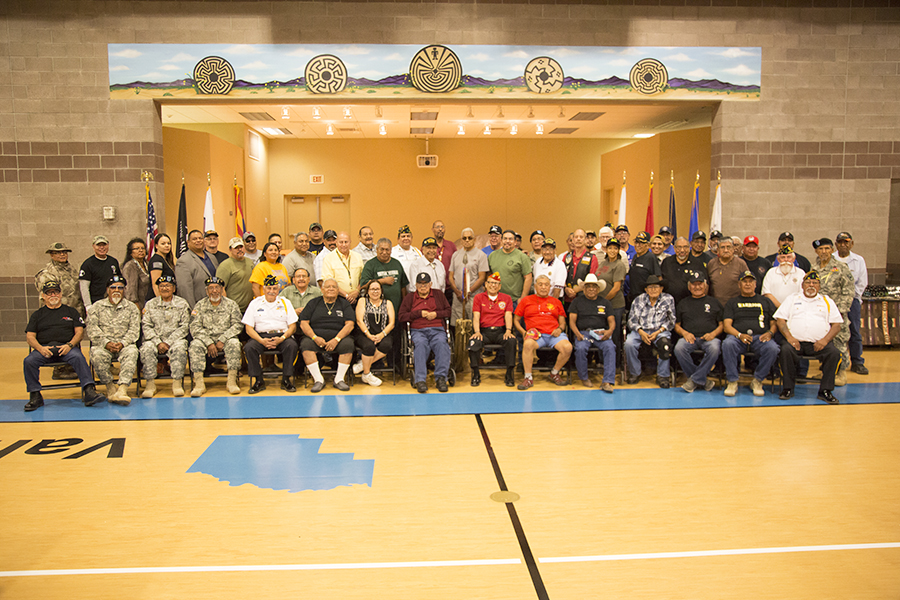 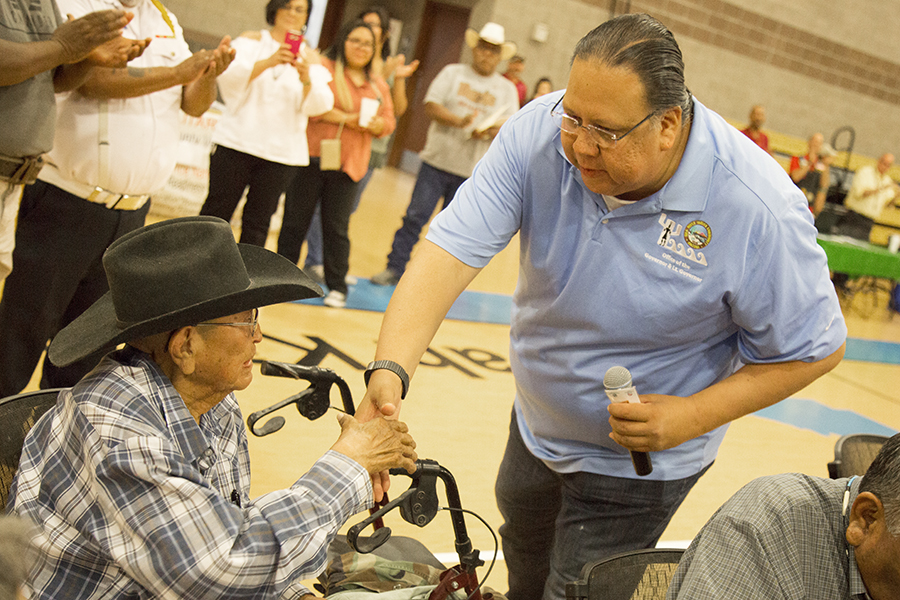 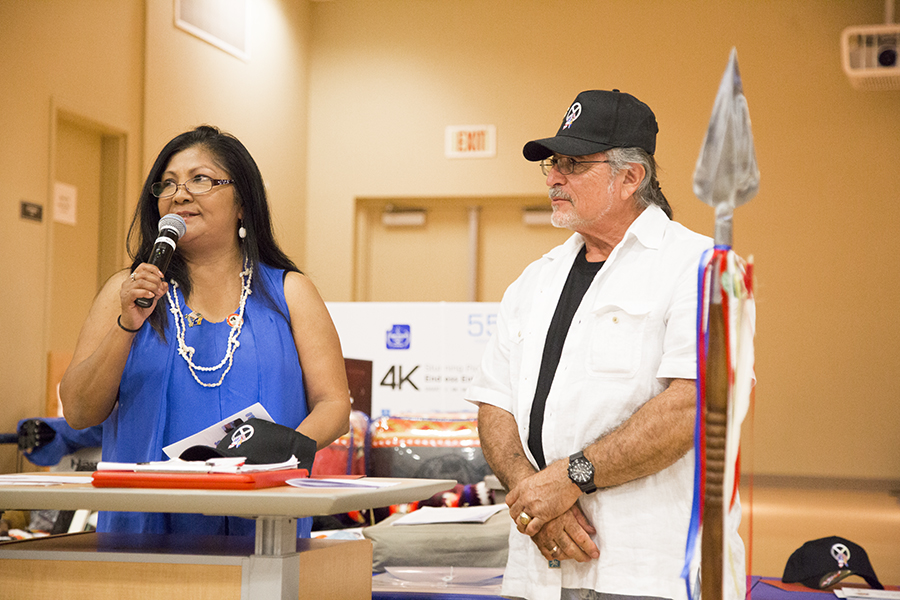