If you’re a fan of Shoni and Jude Schimmel then the Boys & Girls Club - Sacaton Branch was the place to be on Sept. 23. Called, “The Schimmel Experience,” the basketball playing sisters, along with their father Rick, were the main attraction at a Health Initiative event that featured remarks from the family, a screening of the documentary “Off the Rez,” a Q & A portion, and an autograph and picture session.

The Schimmel sisters grew up on the Umatilla Indian Reservation, played high school basketball in Portland, and were the focus of the 2011 documentary “Off the Rez,” which spread the word on the Schimmels even more.

Their place in the hearts of those in tribal communities was sealed after the 2013 NCAA Division I Women’s Basketball Tournament when Shoni and Jude helped the University of Louisville to an appearance in the championship game.

Their popularity has brought them to around 80-100 Native communities, according to Jude, with GRIC being the latest. “Thank you for the opportunity to be here,” said Rick.

Rick, who was preceded by Gov. Stephen Roe Lewis and Lt. Gov. Monica Antone in his remarks, did not shy away from the “ups and downs” of his family’s story.

He said the film has been a great tool for communities and shows that his daughters overcame a great deal to achieve their basketball dreams. “We owe a lot to Indian Country in general,” said Jude.

Following Rick, the sisters addressed the over 200 people in attendance with inspirational stories with a down-to-earth approach. “Listen to your parents, respect them, respect your elders,” said Jude.

Shoni, who is in the WNBA with the New York Liberty, emphasized determination and education as the keys to her success. “I made my dreams come true by hard work and dedication,” she said.

The early portion of the “Schimmel Experience” included a basketball clinic held at the Sacaton Middle School from 8:30 a.m. to 12 p.m. The Community held their Suns Basketball Camp in the morning, which was rescheduled from the summer. The original camp was postponed due to wildfires in the Prescott area.

The Phoenix Suns held their portion of the camp for the 45 kids, age 6-17, with Mark Gretter, Director of Youth Basketball Programs and Steve Silsby, coach for the Chandler Gilbert Men’s Basketball team. Following the Suns activities, the Schimmel’s were on hand to give one-on-one sessions with the children.

The youth received backpacks, T-shirts, and hats. According to Alie Walking Badger, Special Events Coordinator, the Schimmels are interested in returning to the Community, “They’re really interested in coming back and working with the youth,” she said. 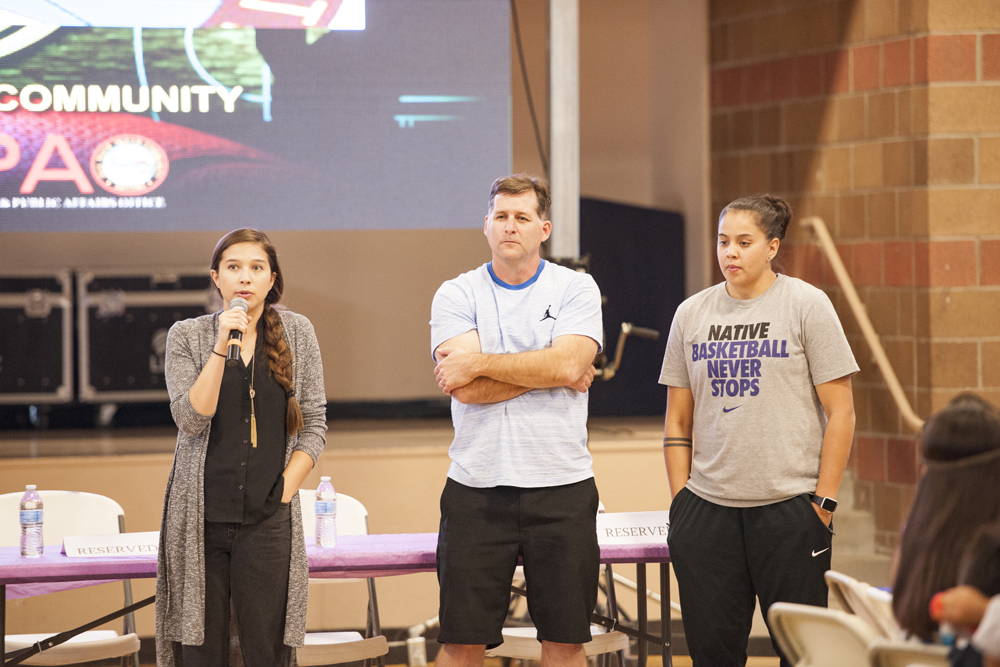 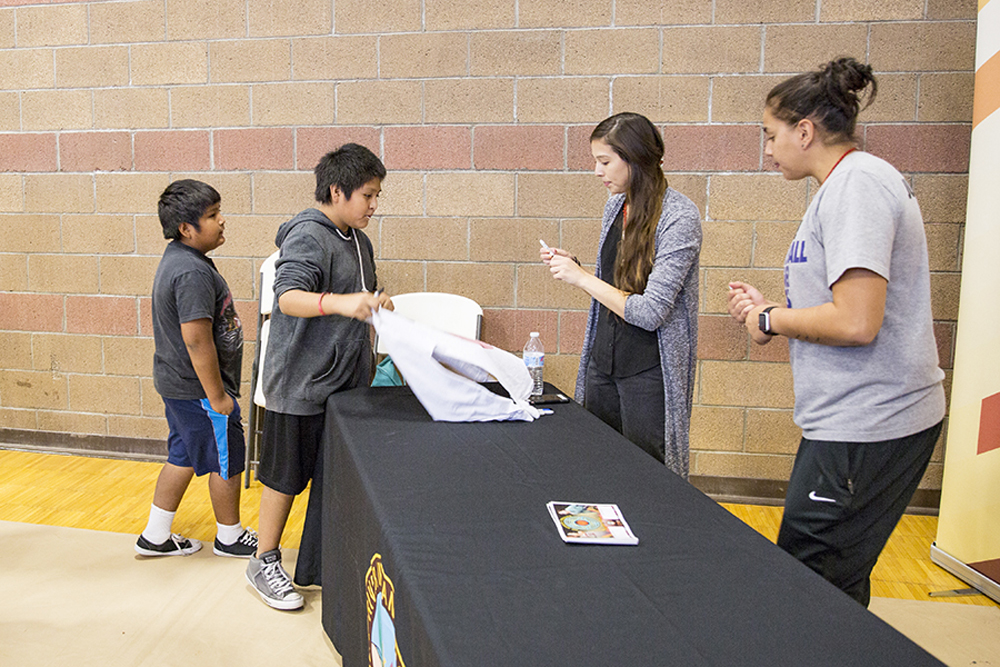 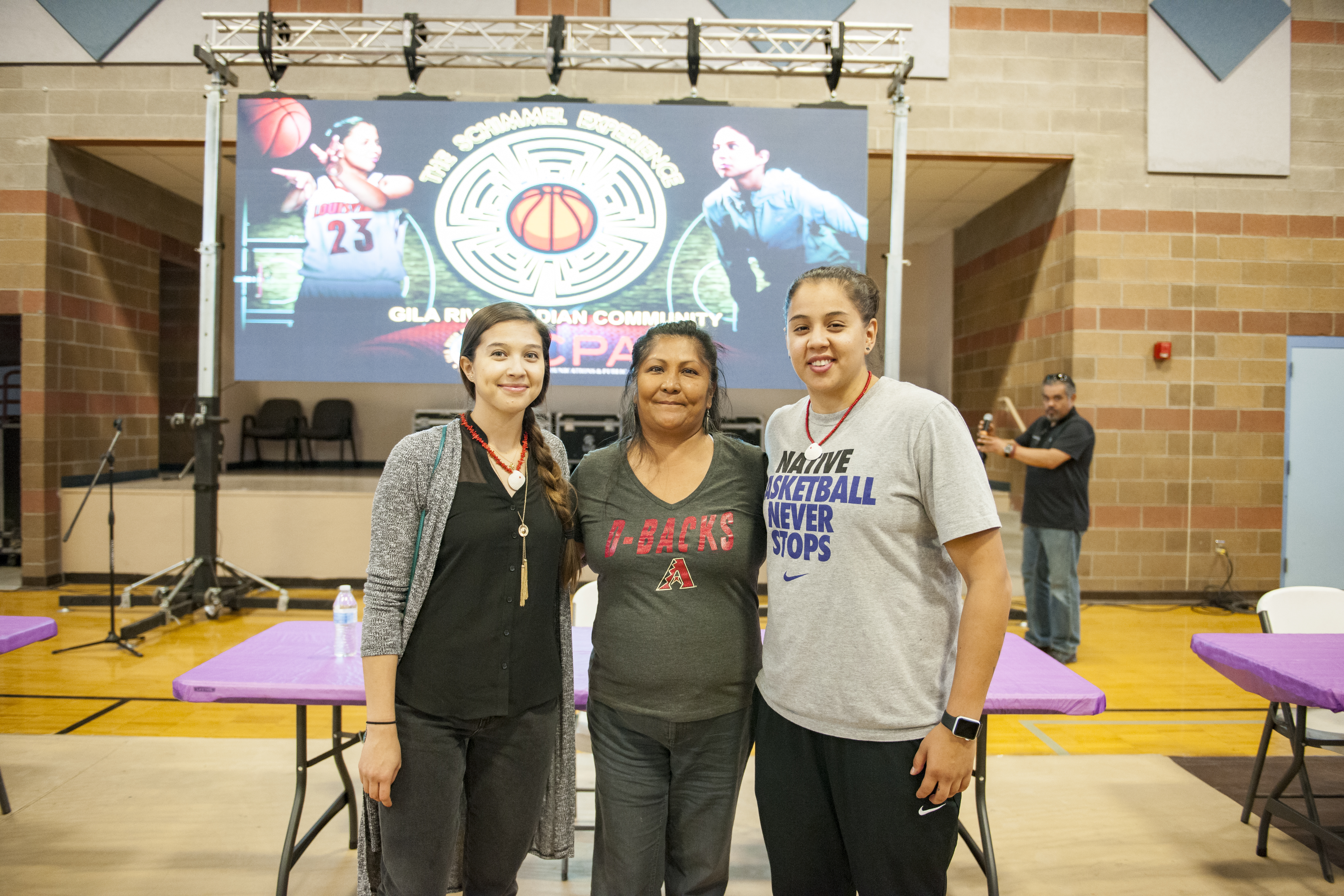