GRIN Articles > U of A President takes tour of GRIC, discusses future partnerships

U of A President takes tour of GRIC, discusses future partnerships

Newly appointed University of Arizona President Dr. Robert C. Robbins made his first visit to Arizona’s Indian Country on Sept. 27, visiting the Gila River Indian Community where he was introduced to the tribe’s Education Standing Committee by Governor Stephen Roe Lewis and given a tour of Gila River Farms, the Managed Aquifer Recharge site #5, and Hu Hu Kam Memorial Hospital.

According to Karen Francis-Begay, U of A Assistant Vice President for Tribal Relations, Robbins and his delegation were given a tour focused on three area’s of interest to the Community that could benefit from future partnerships with the university: water, agriculture, and healthcare.

“We planned the day based on what Gila River’s interests were, and what the university’s strengths are in relation to enhancing [the] partnership with Gila River,” she said.

Francis-Begay said the group discussed the future of the Community’s irrigation project and the need for young tribal members to eventually run the operation, which resulted in talks about a possible summer youth camp, held at the U of A, focusing on tribal water issues.

During their tour of Hu Hu Kam Memorial Hospital, the group discussed the possibility of sending more U of A physicians to do their residency training at GRHC facilities.

Before becoming U of A’s President, Robbins served as president and CEO of Texas Medical Center from 2012 to 2017, was a professor and chairman of the Department of Cardiothoracic Surgery at Stanford University School of Medicine, and received his medical degree from the University of Mississippi.

Francis-Begay said even though Robbins is only going into his fifth month on the job, he has already voiced interest in visiting Arizona’s tribal communities, and was grateful for the opportunity to visit GRIC.

“This really goes a long way for us in terms of our campus leadership in acknowledging our government to government relationship with all of the tribes. He plans to go out to all 22 tribes; we have never had a president do that,” said Francis-Begay. “He also expressed that this won’t be his…last visit [to Gila River], he plans to come back.” 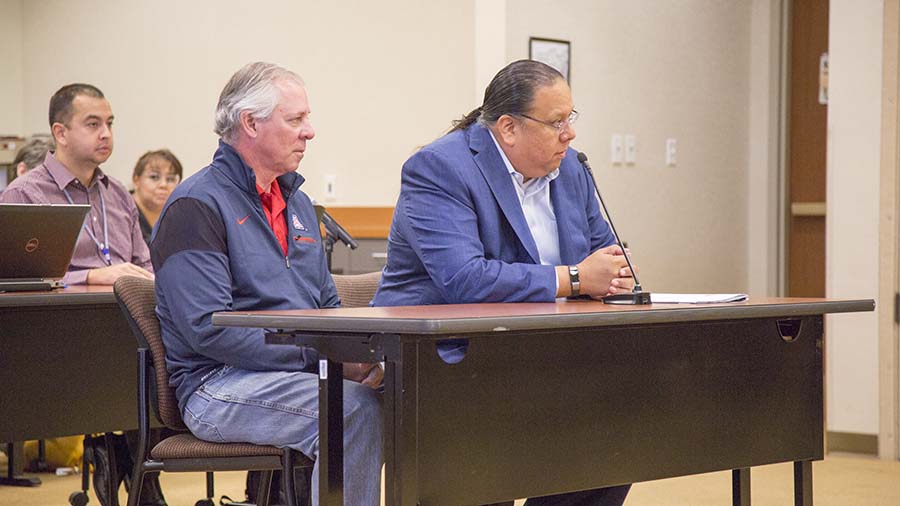 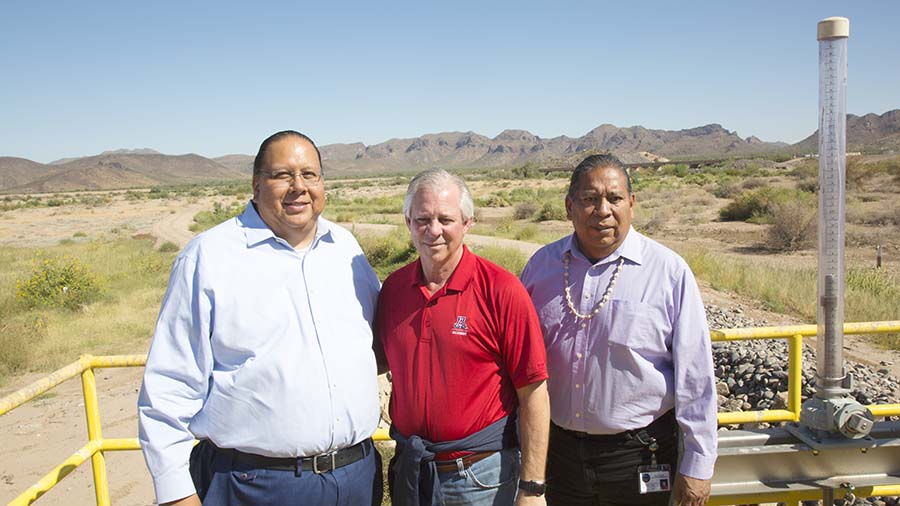