GRIN Articles > A’AGA Something to be told or talked about: Take A Cruise to the Westend

A’AGA Something to be told or talked about: Take A Cruise to the Westend

A couple of weeks ago, I headed towards Kuiva (West End) for a meeting. I kept my eyes on the vo:g (road) looking out for crazy drivers or gogogs (dogs). Every now and then I looked left or right and recalled people, places, and things long gone. It was like jeved (land) asked me to remember. Ñ kalit (my car) had become a time machine. No, I’m not a “knowing everything” person who could build such a ma:gina (machine). That’s how a scientist was described by an O’otham elder in the 1978 movie, “A Fire in the Sky,” partly filmed in Kuiva.

Heading west out of Vah Ki, I glanced north on Ruins Road, towards the location of the Butterfield Stagecoach Station. One of the last merchants to operate the stage stop/store/flour mill was Ammi White, all melted back into the jeved in 1868 when flood waters reclaimed the building, even though it was 2 miles south of the main river channel. The Spanish name, Casa Blanca, survived.

Coming up on Horseshoe Road, a “main” road leading north to Rso’tuk (Water Standing/Wetcamp), I envisioned a village on the bank of the keli akimel. Roughly one hundred and eighty years ago, a young boy was irrigating a field during a cold night, so he made a small fire not realizing it beckoned the enemy. The enemy tried to sneak towards him, but sound carries in the still of the night and alerted the boy who dashed to the village. As all O’otham had to be back then, Rso’tuk men were quick to pursue the enemy. They chased the enemy and left no survivors.

While waiting at the stop light on the Maricopa highway, I looked south towards Ak Chin, and was back to 1862-63. Two enemy raiders slowly approached the village, but were discovered and pursued. One was caught and killed. The enemy’s body was taken to a small hill, where the Maricopa highway crosses the river, and tied to a post.

Thoughts of safety and survival seemed to be constants in our past. Further north up the vo:g, sits al ‘aji (little thin, for the thin layers of rock), now known as Pima Butte. This was the location of another incident that threatened our safety. North of al’aji but south of the river is where we helped our Piipaash brethren defeat Yuman Indians. O’otham warriors as far as Blackwater rode to al’ aji and clouds of dust rose like the jegos (dust storm). Piipaash and O’otham celebrated the victory and left no survivors, or so they thought. The thrilling story is told in “A Pima Remembers.”

West of the butte, the Santa Cruz and other washes drained into the keli akimel, and created a jungle-like oasis for animals, cottonwoods, and mesquite. When O’otham/Piipaash heard of an eastern city that had large buildings like a concrete jungle, this wetland got the O’otham nickname of New York Thicket. It was and still is a sanctuary for wild cattle and horses.

Still traveling north, the traffic signal at Riggs Road stopped traffic. The original name was Superstition Road, but since the road was too far from the Superstitions, it was renamed Riggs for the family who farmed along this road south of Chandler. When the stop light allowed traffic to turn west, I recall elders telling me that the old, winding, road from Gila Crossing to Snaketown was closer to the river.

Four miles westward, as the vo:g began to curve northwest, now called Beltline, there are visible sand dunes. The Hi’atam/Hia’tob (People on the Sand Dunes) lived among the dunes. They were originally from Ak Chin, but moved to Gila Crossing.

Calendar stick records show that in 1849-50 three enemy warriors were discovered approaching Gila Crossing. They were pursued all the way to present-day Tempe where they decided to make a stand.

Entering the village proper, the big building on the right is the Gila Crossing Presbyterian Church. The church was begun in early 1894 and dedicated in December of that year by Charles H. Cook.

I arrived in time for my meeting. No wrong way drivers, or dogs. It was nice to listen to the jeved. My time machine deserves a drink of new oil.

Much of the information was taken from The Pima Indians by F. Russell and O’odham Place Names by H. Winters. 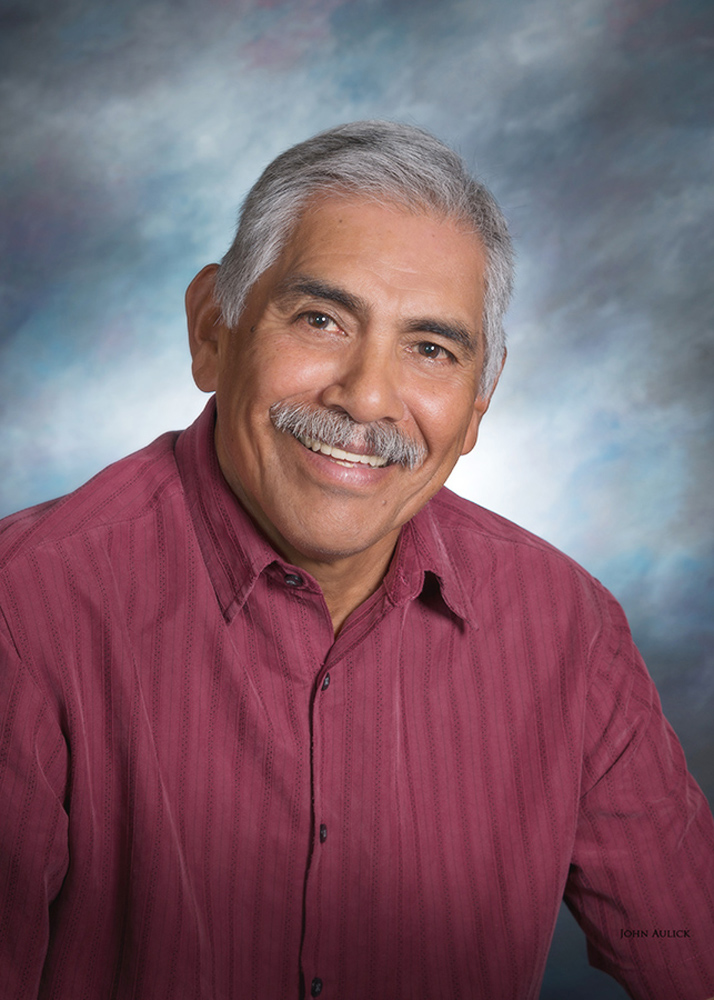