Is it football season already? You bet your pigskin it is. To be exact, 214 days separate the end of Super Bowl LI to the start of Week 1 of the 2017 NFL regular season. So yeah, I think we’re ready.

We haven’t made any official picks in a few years, but the reception is really strong this season, and we’ve got the inside track on all your favorite teams. Who will make it to the playoffs? Who will be representing the AFC and NFC in Super Bowl LII? Who will win the whole thing? Slow down. Before we get to all the divisions and who will be hoisting the Vince Lombardi Trophy, let’s recap some of last year’s headlines.

The New England Patriots were in the winner’s circle at the end of the Super Bowl. Four-game suspension to start the season for Patriots quarterback Tom Brady? Piece of cake. Losing All-Pro tight end Rob Gronkowski to a season-ending injury? No problem. Down late 28-3 in the Super Bowl to a surging Atlanta Falcons team? What else you got?

Brady orchestrated the greatest comeback since Steve Jobs went back to Apple Inc., and the Falcons, meanwhile, are still sick to their stomachs. No one’s cried that much in Atlanta since Scarlett O’Hara.

Locally, Arizona Cardinals’ fans were taking a lot of Rolaids last year after an up and, generally, down season. You can blame me for jinxing the 2016 Cards. I probably shouldn’t have asked former Cardinal Calais Campbell which finger he was going to put on that Super Bowl ring.

Elsewhere, the Rams played back in Los Angeles for the first time in over 20 years. Former San Francisco 49ers quarterback Colin Kaepernick found himself in hot water over his protest of the national anthem, and a little team in Dallas found the win column behind two talented rookies.

A decision finally came down on the future of the Oakland Raiders. They’re going from the bay to the strip with their move (in 2020) to Las Vegas. There’s no waiting to find out where the Chargers are playing. Adios San Diego, they’re L.A.’s problem now.

Although our past picks haven’t exactly panned out, we have redemption on our side. And if we don’t pick your team to have a good season, then that might be a good thing.

Uh, yeah. The Patriots are going to win the AFC East again, even with the loss of Brady’s favorite target Julian Edelman. The competition is about as stiff as a wet noodle. So don’t worry Pats’ fans, I’ll think you’ll manage.

The Buffalo Bills are looking to bounce back after another mediocre season, but it won’t be easy. The one thing that new Bills head coach Sean McDermott has going for him is that he is not Rex Ryan.

The Miami Dolphins will most likely struggle with starting quarterback Ryan Tannehill on the shelf and newly signed QB Jay Cutler taking snaps.

What about the New York Jets? What about them? They’ll be relying more on their college scouts than the guys on the field.

The Pittsburgh Steelers are still the big kids on the block. With a feared offense, they’ll need their defense to hold up their end of the bargain. The Baltimore Ravens will be pesky like every year, but will only go as far as quarterback Joe Flacco.

The Cincinnati Bengals have the potential to shake off last year’s let down, but they have to keep their heads on straight if they’re going to make a splash. After a one-win season in 2016, the Cleveland Browns have nowhere to go, but up. Maybe our grandkids will see them turn it around someday.

The Oakland Raiders were one fibula away from making a deep postseason run. Quarterback Derek Carr suffered a broken leg toward the end of his breakout season, but this year expect big things from this up and coming group, especially with Marshawn Lynch toting the rock.

The Kansas City Chiefs always hang around the top of the standings, but have a hard time showing up when it counts.

The Denver Broncos are hoping an improved offense could get them into the playoffs after going 9-7 last year and 2-4 in the division. We’ll see if Trevor Siemian or Paxton Lynch is up to the challenge.

The Los Angeles Chargers are hoping to gain traction in Hollywood. Forget about the playing field, Roscoe’s House of Chicken and Waffles will still be more popular than the Bolts in L.A.

The AFC South has been a lackluster division, but that could change this year with the Tennessee Titans. Exactly like Derek Carr, Titans quarterback Marcus Mariota suffered a broken right fibula on Christmas Eve, 2016. It will be easy for Mariota to shake off last year’s disappointment with a strong offensive line and skill players.

With the Brock Osweiler experiment in the rear view mirror, the Houston Texans have the electric rookie Deshaun Watson to take his place, and everybody in H-town is hoping he’s the answer. It’s hard to determine what is going on in Indy. The Indianapolis Colts have kept everything under wraps with quarterback Andrew Luck. If his shoulder holds up they’ll be a lot better off. The Jacksonville Jaguars made a lot of moves in the offseason, but quarterback Blake Bortles isn’t looking too hot.

The only fans he has left work at U-Haul.

New York’s not my home, but it will be the home to the next NFC East champs. Their defense knocked a lot of people around last year, and if they live up to expectations, they’ll make opposing offenses nervous.

The Dallas Cowboys should be the unanimous pick to lead the East, but if Ezekiel Elliott’s suspension holds up, they could stumble out the gates.

This will surely be quarterback Kirk Cousins’ last go around in Washington. With a lot of drama in the nation’s capitol, there’s going to be a lot of sad fans riding the Metro.

Quarterback Aaron Rodgers will dictate what goes on in this division. He’s proven he can get the Green Bay Packers to the promise land, but they’ll need the defense to step up in big moments.

The Minnesota Vikings made the most of last season when they traded for quarterback Sam Bradford. This year the expectations will go up for the offense if they want to catch up with their talented defense.

The Detroit Lions snuck into the playoffs last year. They were sitting pretty until quarterback Matthew Stafford dislocated his finger, then they sputtered toward the finish line. Safford just signed his new deal, but Lions can’t just rely on him for success.

Chicago Bears fans are hoping for the best, but expecting the worst. After going 3-13 last year, with any luck they can improve by at least a few more wins this year.

Although we’re not as high on the Seattle Seahawks this year as in the past, especially with their perpetual offensive line debates, but someone’s going to have to wrest the division from them.

They’ve never missed the playoffs since Russell Wilson has been behind center, and they should still be in the mix.

The Arizona Cardinals took a tumble last year, after playing in the NFC Championship game a season prior. They are under the radar and appear to be more focused on proving everyone wrong.

The Los Angeles Rams have turned the page from previous head coach Jeff Fisher. The season will hinge on quarterback Jared Goff’s arm, which might be a shaky proposition. The San Francisco 49ers are looking to rebuild around a new coach and front office. The clock won’t start ticking until next year for early success.

This division has a lot of firepower. Expect the Atlanta Falcons to lead the way even after their incredibly soul-crushing Super Bowl catastrophe.

The Carolina Panthers have taken a long look at themselves in the mirror and are hoping to be more like the 2015 Panthers than last year’s six-win squad.

Everyone is anticipating big things from the Tampa Bay Buccaneers. Although talented, they’ll have to prove it in a tough division.

The Big Easy sure wishes the New Orleans Saints can return to respectability. Quarterback Drew Brees’ success hasn’t paid off in recent years and he’s getting closer to the end of his Hall of Fame career.

Minneapolis, Minn., will be freezing outside on Feb. 4, 2018, but the action in the U.S. Bank Stadium will be warmed up for Super Bowl LII. The NFC will be represented by the Green Bay Packers, who will face off against, the AFC Champion, Oakland Raiders for the Vince Lombardi Trophy. Aaron Rodgers will be going up against Derek Carr in this slugfest with (gulp) the Raiders winning the big one. The Silver and Black will finally get to add more hardware to their trophy case, and live up to the late Al Davis’ famous creed – “Just Win Baby.” 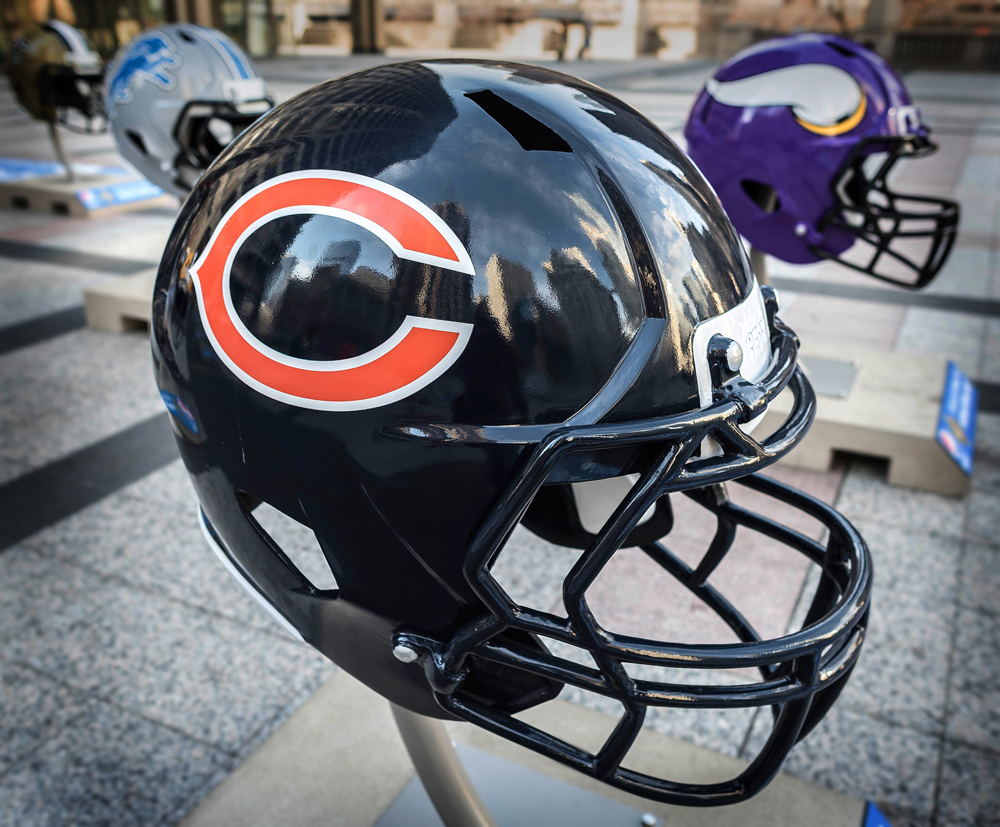