In the early morning hours when students are rushing to get to class, the addition of a flagpole on the Skyline Middle School campus will greet them as they start their day of learning.

With the sun rising high in the air and the summer temperatures steadily climbing, on Aug. 30 students sat as members from Ira H. Hayes American Legion Post 84 gave them a lesson about how to raise and lower the flag, and how to fold it, once it has been brought down.

With their voices in unison, the students sang the Pledge of Allegiance and were treated to a brief presentation on what the flag stands for and other historical facts about old glory.

According to Post 84 member Tony McDaniel, getting the school a new flagpole was important, because it gives the students a chance to learn the valuable lessons that his generation learned decades before.

“Students get to learn the importance of what the flag means. They do the Pledge of Allegiance and what it stands for,” said McDaniel.

He said the overall cost to construct the flagpole, including the materials was around $2,200, but he said the return on what it will bring to the school and students is priceless.

Post 84 member Urban Giff talked about the importance of the American flag and the story of GRIC member Ira H. Hayes, one of six Marines, who raised the flag on Mount Suribachi on Feb. 23, 1945.

Like many of the students who attend the school, Giff made connections with the students about Hayes, who came from Bapchule. He said the duty to raise the American flag is a privilege exercised today by the students at SGRS and that they will get a deep sense of pride and meaning in their Community. 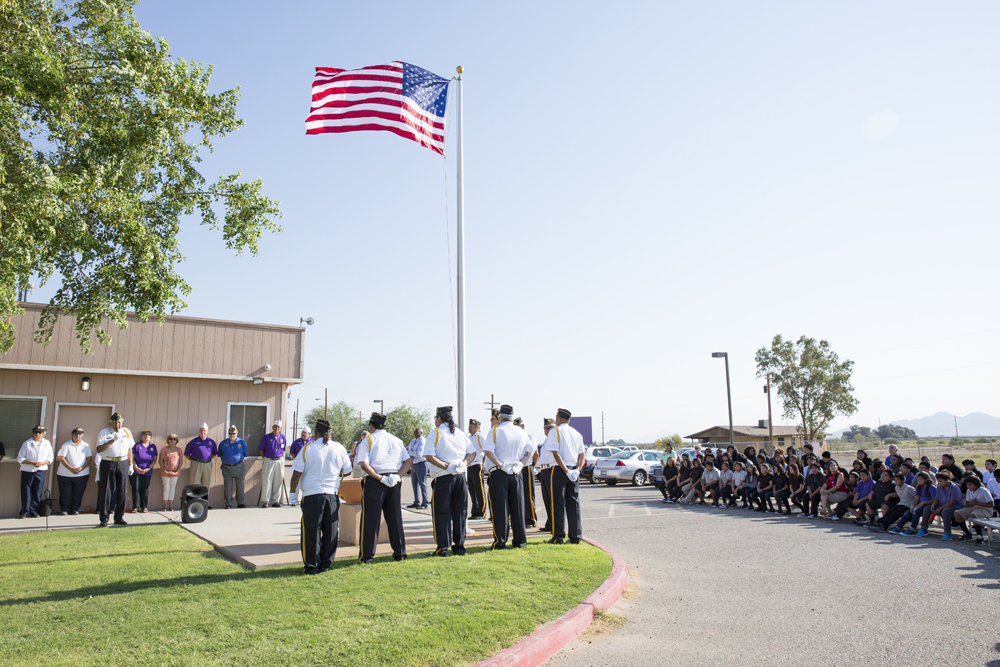 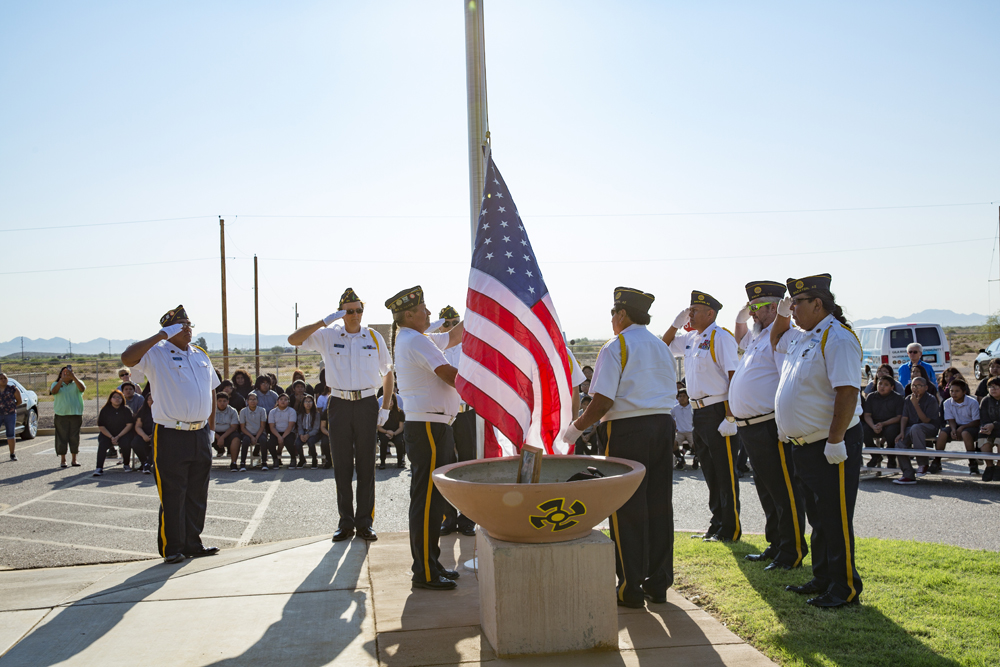