A eulogy in honor of Sharon K. Shelde’s first anniversary

Sharon Kay (Lewis) Shelde was born on July 5, 1952 in Phoenix, AZ. She grew up in the Co Op Village, started school at the Gila Crossing Day School; after which she went to South Mountain High School, then on to the University of Wisconsin in 1968. After she came home she also went to a cosmetology school here in Phoenix and worked as a cosmetologist in the Phoenix area.

She was a member here at the Gila Crossing Presbyterian Church. She sang in the choir and helped with Vacation Bible School and also in the regular Sunday school when needed.

She married Terrance Duane Shelde who passed on about 3 years later, leaving her widowed for about 40 years. But, she continued to work and care for her 3 boys.

In 2005 she started to work at the Gila Crossing School as a cultural instructor full time. She was still on other committees. She served on the Housing Committee and she was the District 6 Community Secretary/Treasurer for some years. Then she went back to school at South Mountain Community College for her teaching degree, which she achieved in 2014. She was very passionate about her job with the school and her students that she taught. At the school she worked with the girls to learn to do the Basket Dances. They went to dance at different events. She also taught adults at the Learning Center on Saturdays for those who wanted to learn the language.

These were just some of the things that Sharon did. She helped a lot of people even though she was handicapped. She still found the time and energy to do all of these things. A devoted and faithful fan of the Diamond Backs and the Arizona Cardinals, she cheered them on while attending a game or watching them on TV.

She will be greatly missed. However, we all know that she believed in the Lord; he saw how tired she was getting. He took her home. She surely earned this rest, as her reward.

And of course all of her church family. But she is now with the Lord and is at rest. Thank you all and God Bless. 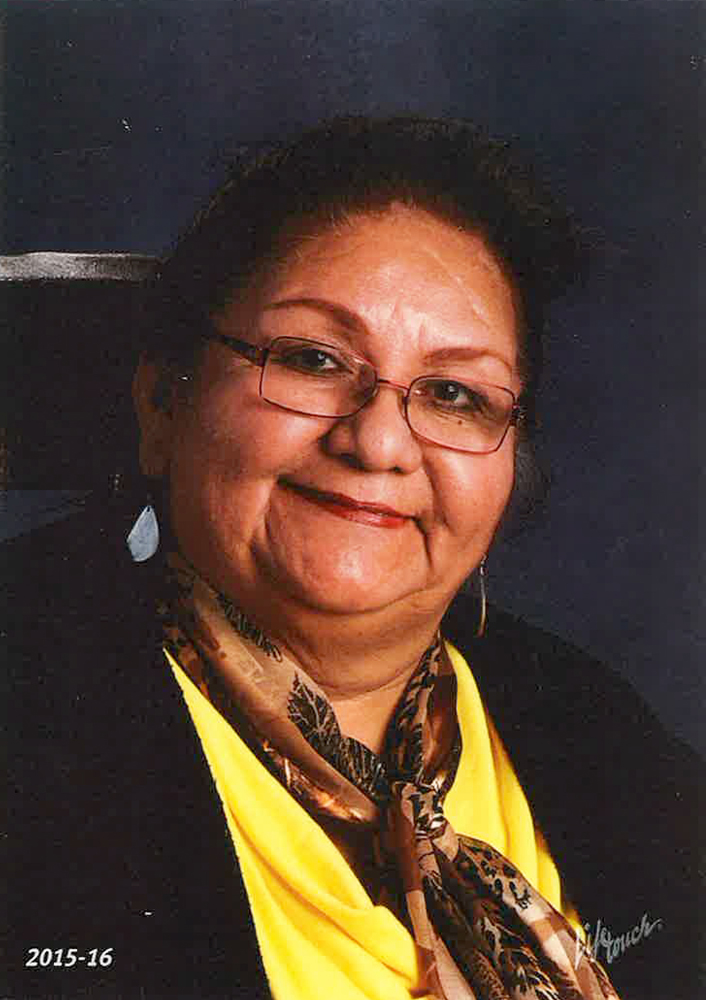