As the clock wound down to the championship game’s final seconds between District 5’s Jujudam and San Xavier’s White Doves, an audience huddled around the chair volleyball court in quiet anticipation.

Two teams, each made up of six players, concentrated on a large purple volleyball as it sailed over the net towards the White Doves, who attempted to repel the heavy handed serve. In the end the pink shirted Doves were unsuccessful in claiming victory and the blue shirted Jujudam were crowned champions of the 10th Annual District 3 Senior Summer Bash Elder Chair Volleyball Tournament.

While the championship game was the culmination of this year’s Summer Bash, the day began early with a continental breakfast, and was filled with numerous games played between 20 teams representing the Gila River Indian Community, the Tohono O’odham Nation, Salt River Pima-Maricopa Indian Community, Ak-Chin Indian Community, and Fort McDowell Yavapai Nation.

Reba Manuel, District 3 Elderly Coordinator and event organizer, said the tournament was an opportunity to get elders together and participate in a game they all enjoy.

“It’s a good work out for them,” said Manuel. “I think when (chair volleyball) started off, it just started from a recreational fun thing, then the competitiveness kicked in. It is good for them, it is social and for many of the elders they grew up with sports, so to be able to still move and be part of a team, they really enjoy it,” she said.

Manuel said the District 3 elders, who have three volleyball teams, decided to forgo the tournament in order to help put on the event.

“This year they didn’t get in their own tournament because they really wanted to be the hosts,” said Manuel. “They wanted to volunteer and work in the background, to make sure everyone had a good time.”

And a good time was had by all.

Gerald D. Adams of the San Xavier White Doves, said his team traveled several hours to get to the tournament.

“It’s a lot of fun, you meet a lot of people and you go places and then you hustle for money, selling or fundraising so we can go where our district won’t pay for it,” he said.

For the White Doves, making sure they have travel money is key. Just recently the team returned from a weeklong tournament held at the Avi Resort & Casino in Laughlin, NV. They have also participated in tournaments in California, Tuba City, Peach Springs, and are already planning their next trip to a tournament in Sacaton Flats next week.

Russell Hendricks of Vamori Village in the Tohono O’odham Nation came out with his team called the Chukut Kuk Hooters. While they were unable to reach a top spot in the tournament, they were happy to be a part of the day’s festivities.

Hendricks said he has been playing chair volleyball for three years and likes taking part in the weekly practices with his team.

“I like it, it is something to do, something to look forward to on Tuesdays and Thursdays when we practice,” said Hendricks. “I like going out to different places for the tournaments, it is very interesting meeting other people from other tribes, making new friends.”

To learn more about activities going on at the District 3 Service Center or if you are interested in getting involved in the Elder and Recreation Programs, call (520) 562-2704. 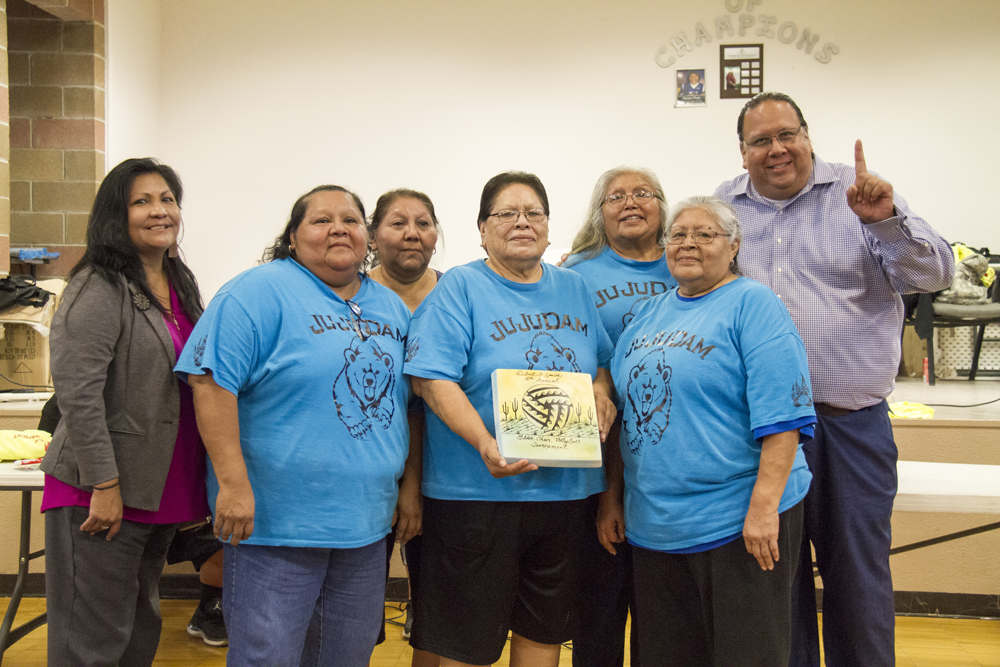 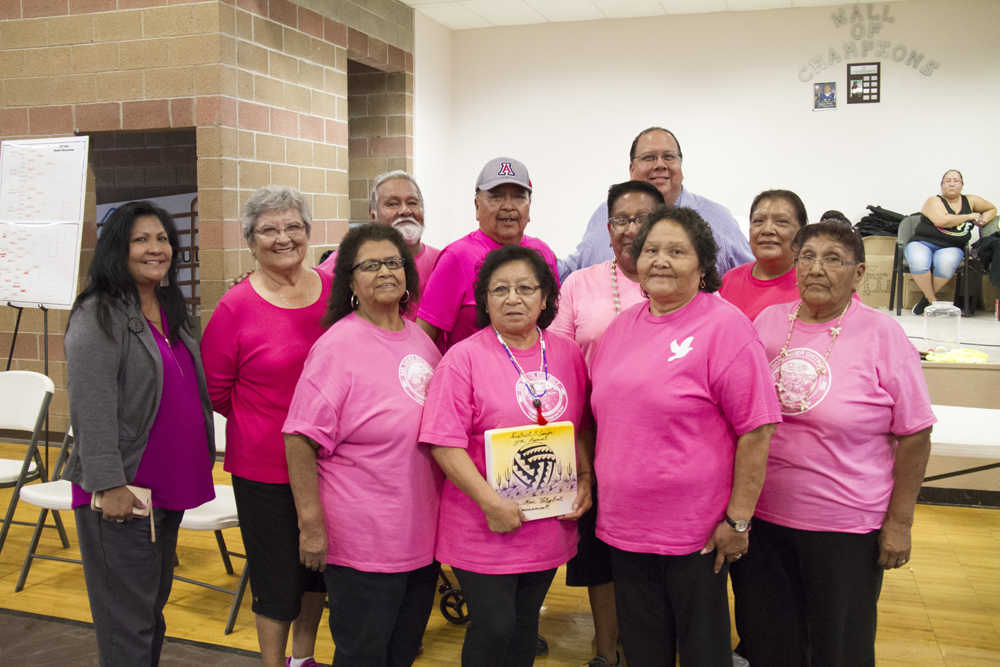 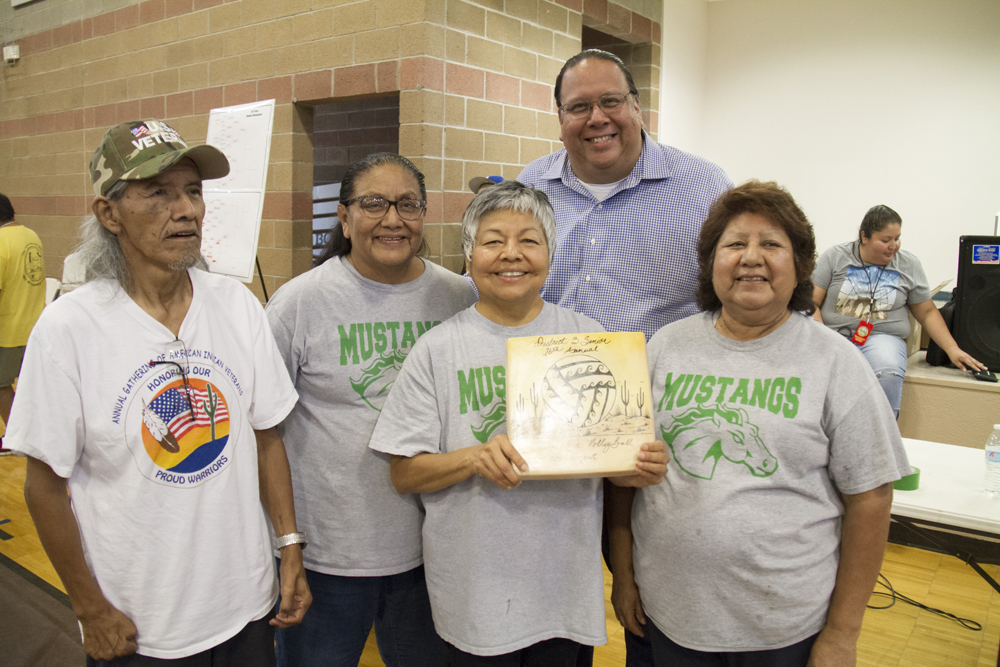 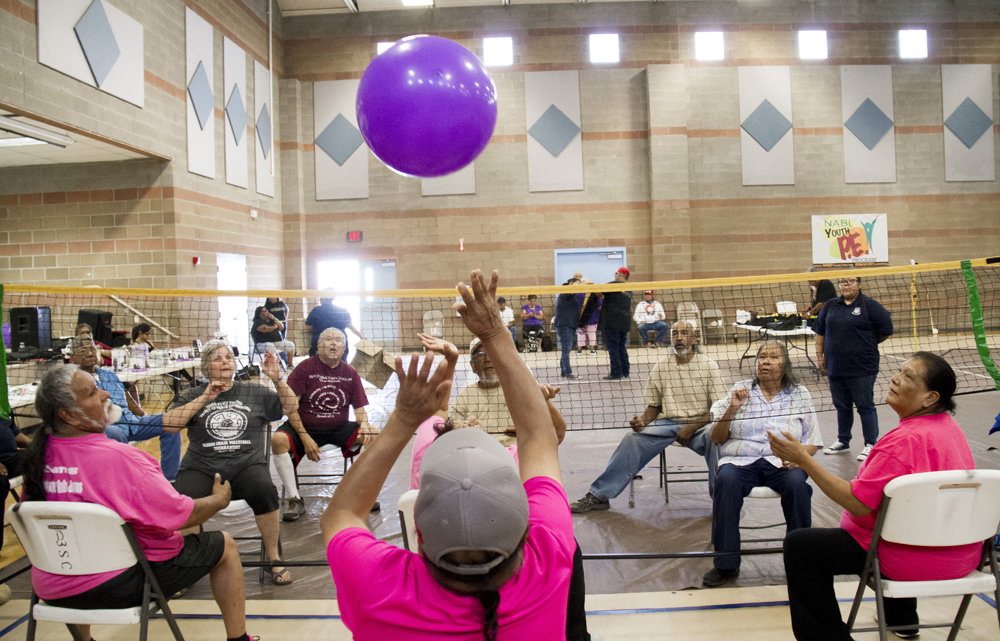 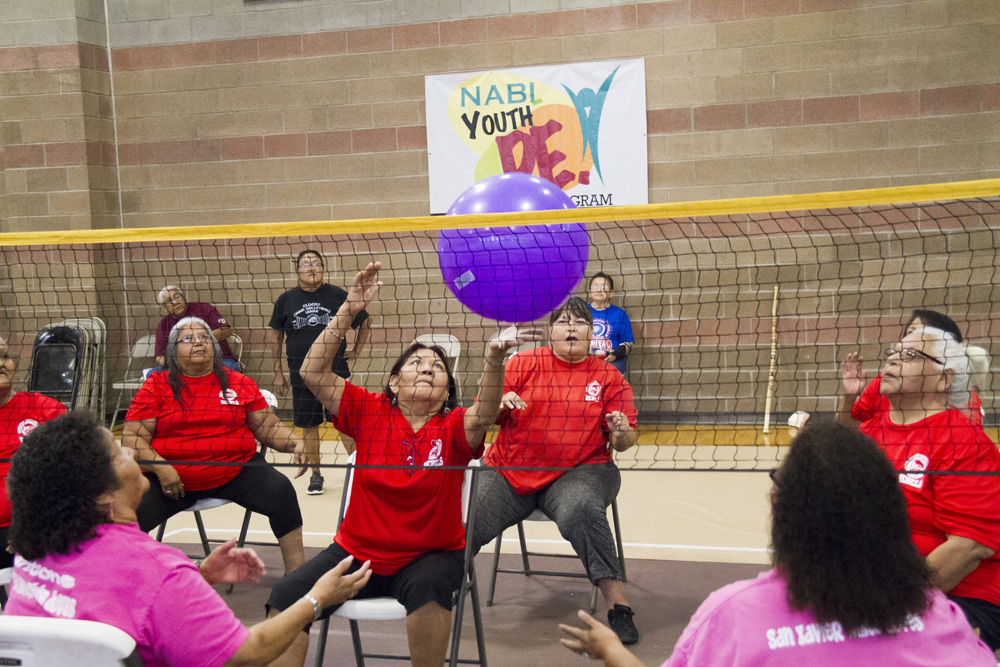 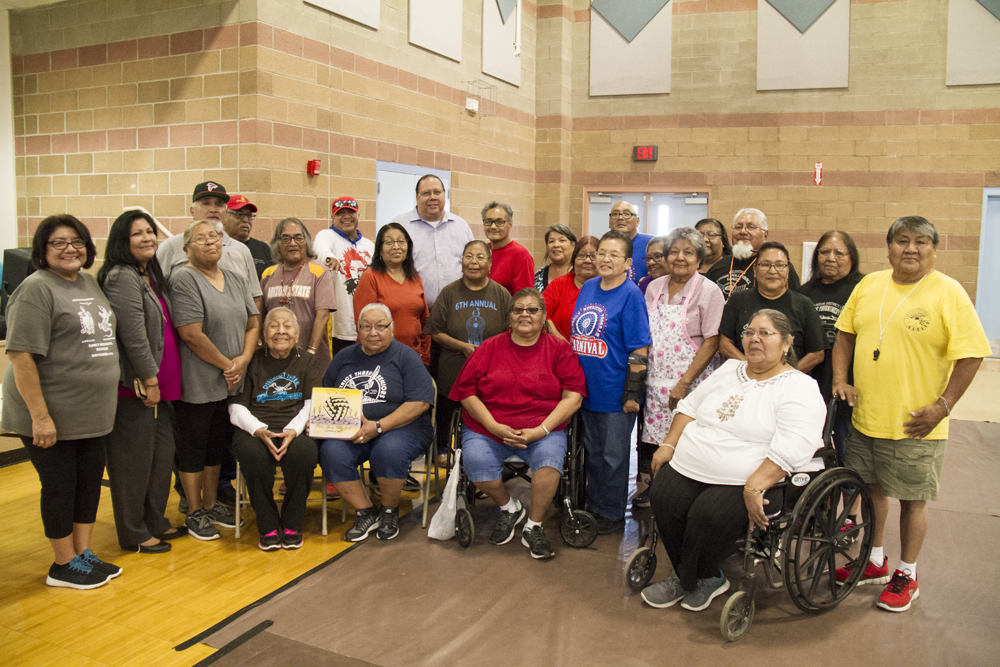