In honor of the commitment and support to support the U.S. Army, District 7 hosted the 152nd Annual Mustering-In Day Celebration on Sept. 9.

With flags of our nation and community streaming down the parade route the celebrations were in full swing as the Pee Posh Veteran’s Association led the way down 83rd Avenue.

It was a special day for one District 7 veteran Alfred “Freddie” Reams Sr., who, on the eve of his 85th birthday, received the honor of being this year’s grand marshal.

Reams said it was a surprise to see that he was picked to be the grand marshal, but said there are many veterans that are deserving of being recognized for their military service.

He said being a paratrooper in the 187th Regimental Combat Team known as the “Rakkasan” was a tough assignment. His team trained in Japan in preparation for the Korean War.

“When I started to look into my records it all started coming back, my time in the service, education in which I went to Arizona State University for a business degree,” Reams said.

When Reams returned home after military service, he obtained his high school diploma from Phoenix Indian School and started a family that took him from the west end of the Community to Sacaton, where he worked in numerous administrative positions within tribal government.

Reams said he was committed to his work with the Community, and above all treated people with respect.

In recognition of Reams’ service in the military and to the Community, Lewis called for a round of applause and went on to say Reams was instrumental on many of the Community’s initiatives.

“It’s a point of pride for our Community the annual mustering-in day event, to see the showing of support for this event,” said Lewis.

Lewis thanked the District 7 staff and recreation committee that had a hand in organizing the event.

He said, “You really can’t have these types of events, without the dedicated workers, who believe in keeping alive the memory of what Mustering-In Day is all about.”

“We have a military alliance that goes back over a hundred years ago between the Pee Posh and Akimel O’otham, who came together for a common purpose, which was to protect the people…that history is very important, especially today, when we see our veterans, who answer the call, just like [they] did then.”

Lt. Gov. Monica Antone spoke about the camaraderie that was formed by the Pee Posh and Akimel O’otham.

She said, “It’s good to see [all the veterans] out here celebrating today, this is who we are as Akimel O’otham and Pee Posh people, we protect our Community members and are still do so, by serving in the military.”

The three singing groups who kept the dancers moving were, Singing & Dancing by the River, San Juan Kuali:ya dance group and a bird dancing and signing social.

The packed day of events included a 2-mile run and walk and an abundance of activities for Community members to revel in to stay entertained throughout the day.

The day included a slew of traditional dancers and singers along with evening entertainment performed by Midnight Run and Two Rivers.

A horseshoe tournament also took place while parents and their children cooled off at the splash pad. 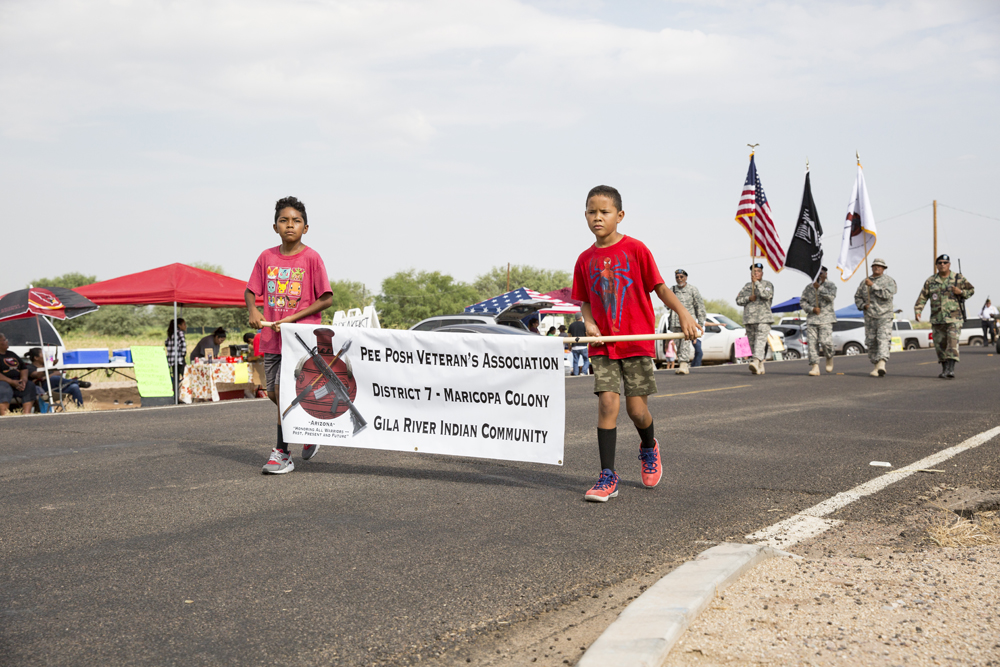 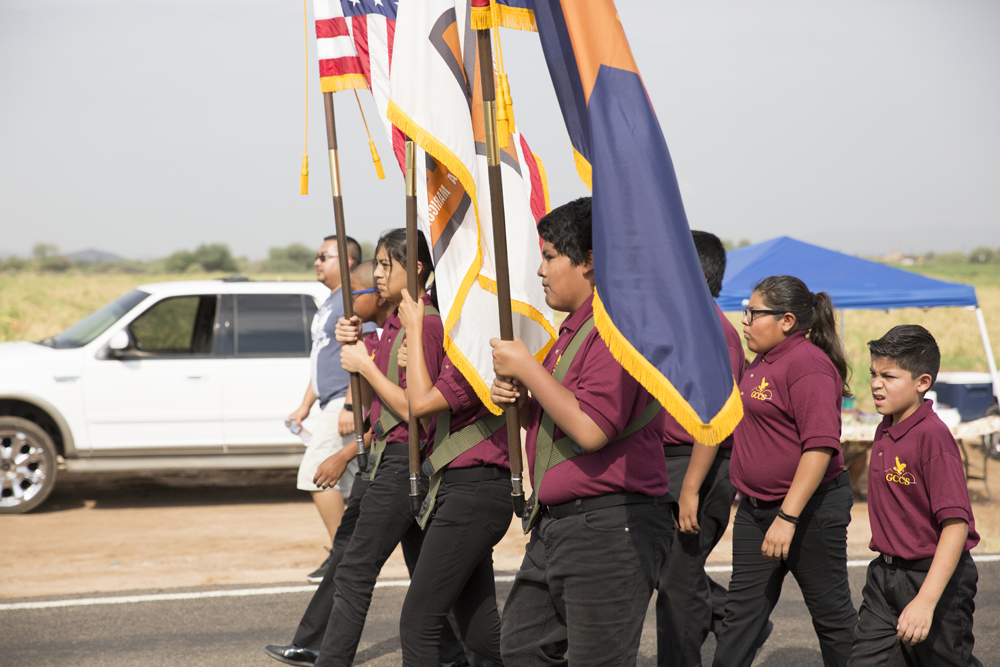 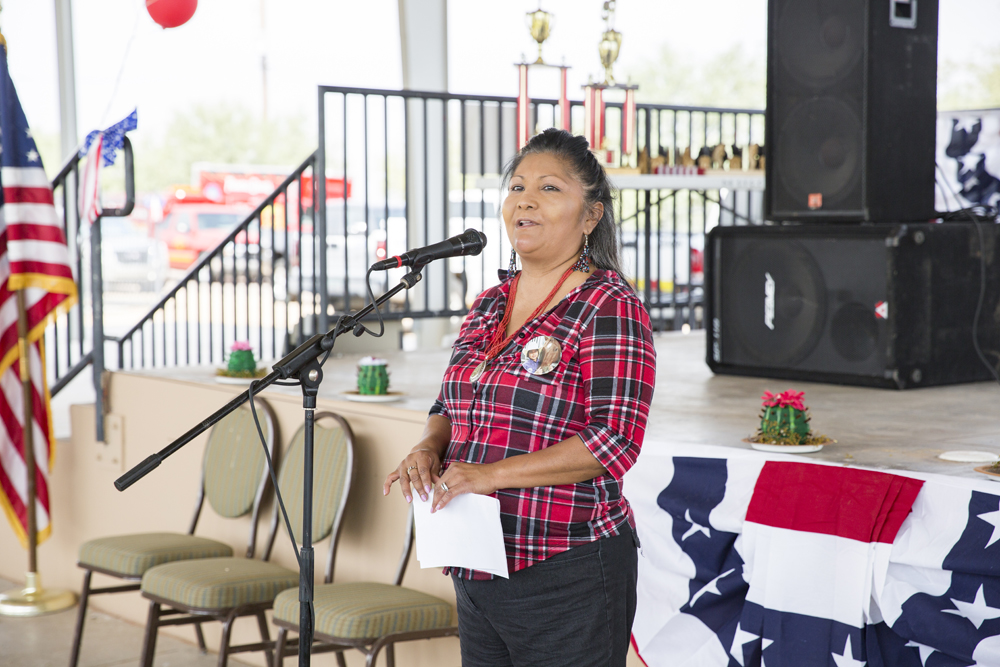 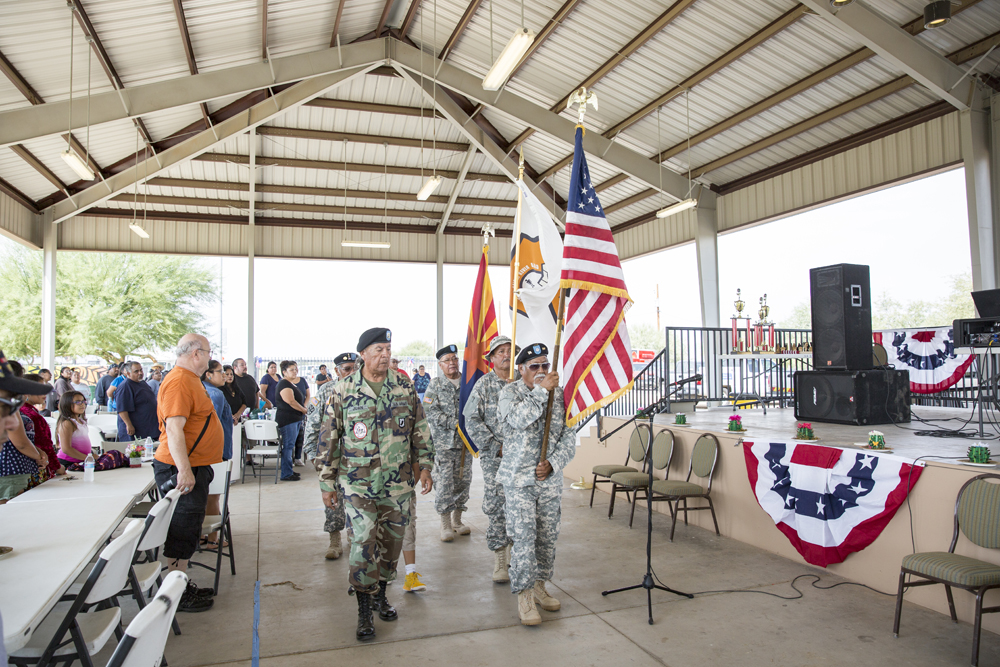 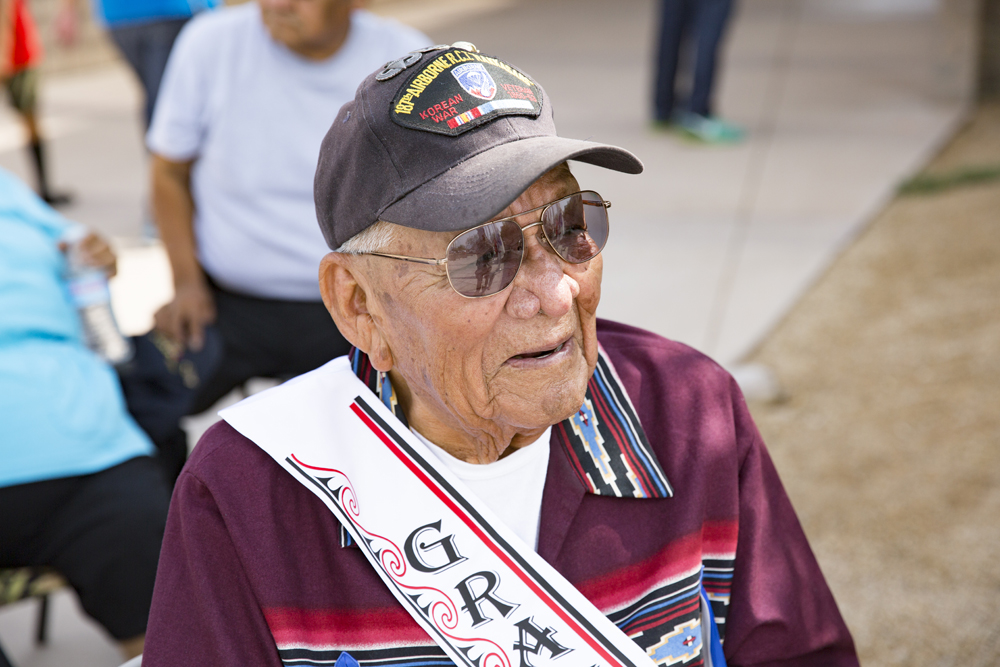 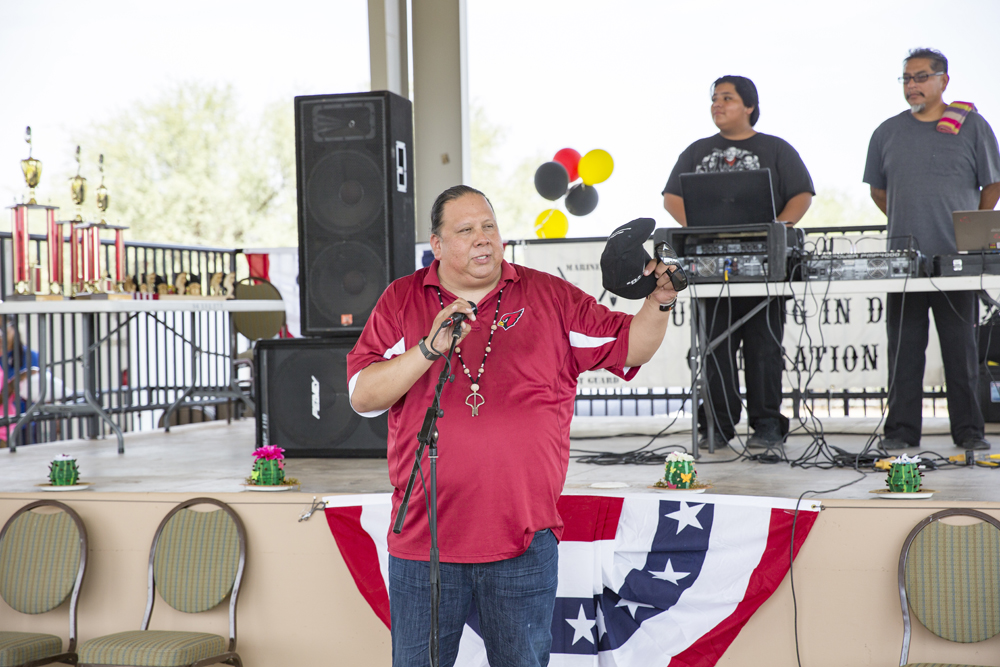 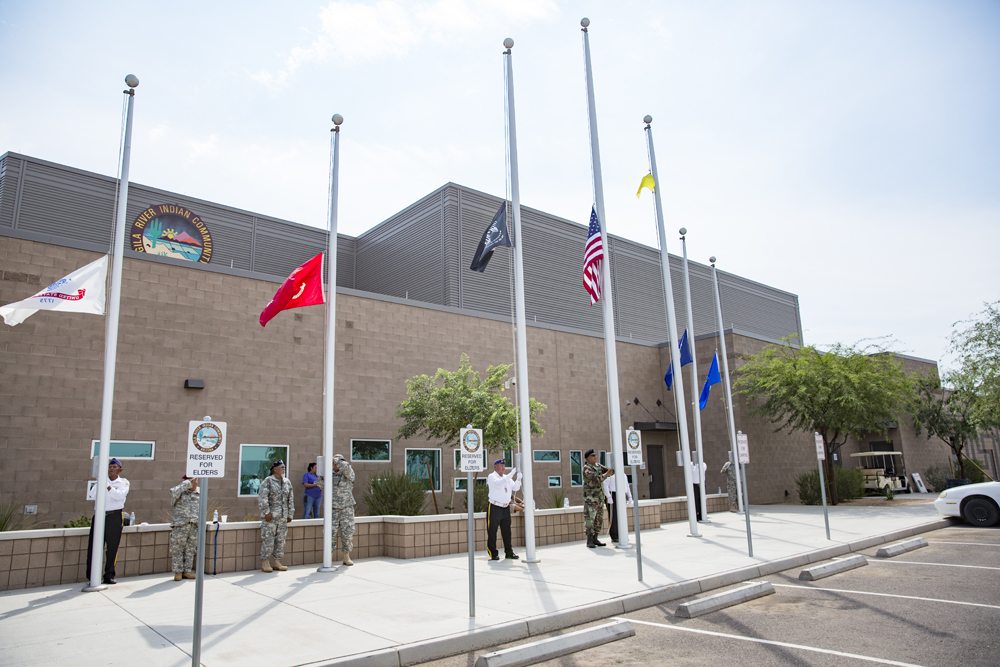 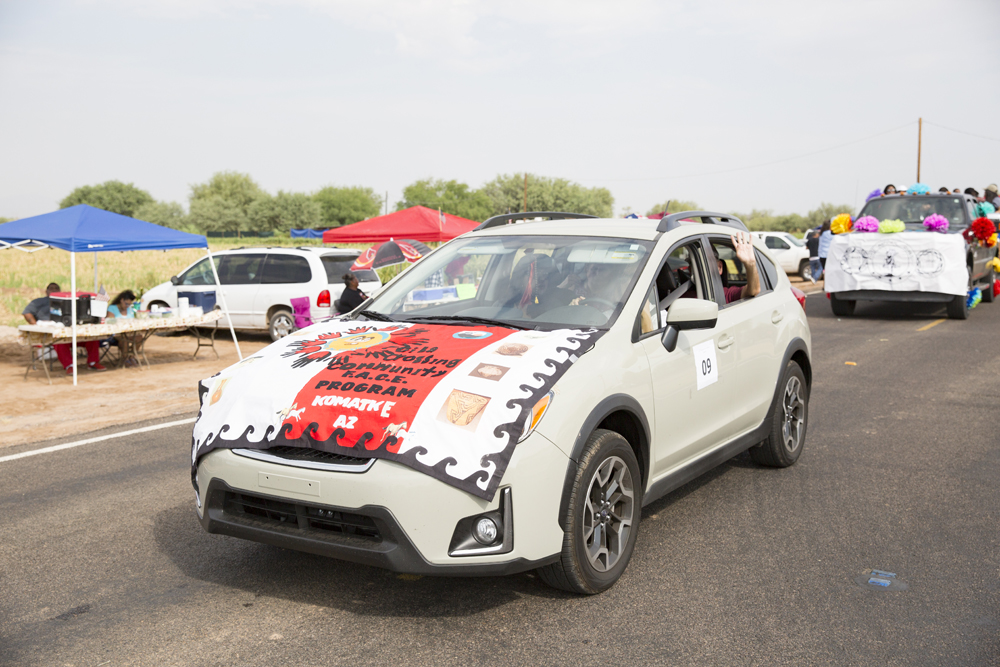 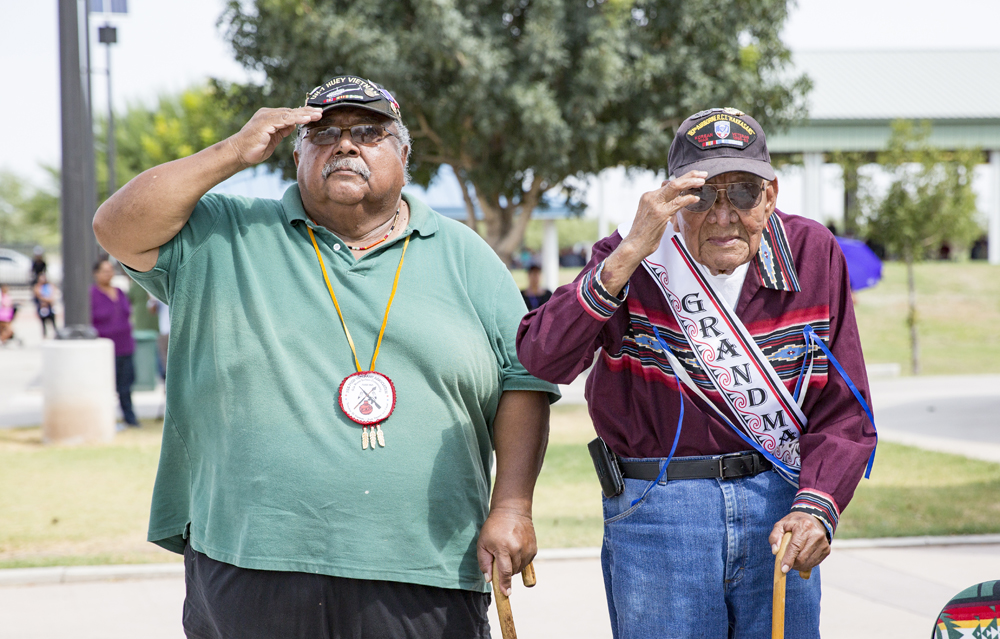