The inaugural Gila River Veteran’s Conference was held at the Sheraton Grand at Wild Horse Pass on Sept. 9, and consisted of a number of work sessions that provided a variety of information on veterans’ benefits to assist Gila River Indian Community veterans access local resources.

The conference kicked off with the presenting of colors, an opening prayer performed by Urban Giff, and a traditional blessing given by Barnaby Lewis. Before the day’s first sessions began, conference attendees were treated to breakfast.

Darrell Whitman, District 1 veteran and planning committee member who developed the idea for the conference and helped organize the event, said the main idea behind the conference was to connect Community veterans to the benefits and resources they have earned through their service in the armed forces.

“That is the main thing, trying to get (veterans) to know what is out there for them and literally getting them to the resources,” said Whitman. “We do have these resources out there.” He added that while there are resources provided by the Community, there are also services outside of the tribe that local veterans can benefit from, like suicide prevention programs, Eagle One Mobile Veteran Outreach Services, and the U.S. Department of Veterans Affairs (VA).

The conference was made up of six sessions, spread throughout the day from morning until evening, that consisted of workshops focused on veteran and family resources such as GRIC’s Defense Services Office, Tribal Education Department, AmeriCorps, and the Mesa Vets Center. Additionally, there were workshops on traditional culture, suicide prevention, information on veterans transitioning in and out of the armed forces, discussion on post traumatic stress disorder, a film fest, and how to get the most out of the VA.

Attending the conference was a mixed group of veterans from all five armed forces. One conference attendee, Bruce Hutchinson, a former UH-1 Huey Crew Chief in the 101st Airborne Division who saw combat in the Vietnam War, said he had stopped by the conference to see what was going on, and find out what resources were available to veterans.

When asked about his combat experience in the Vietnam War, Hutchinson said, “I was a helicopter crew chief in Vietnam and I was with the 101st Airborne Division over there. I got shot in the back of my knee. I lost two gunners and two pilots while I was there. I crashed three times, so I am a walking miracle,” he said.

Irving Johns Sr., 82, a Community veteran who participated in the event, said the conference was interesting.

“It’s nice, and you learn things that you normally don’t hear about through the workshops,” he said. He added that his favorite workshop he attended was on suicide prevention.

When asked about his years of service, Johns, who served in the Navy from 1955-1963, said a highlight of his military career was when he served two years on the renowned aircraft carrier, U.S.S. Midway.

“It was a good experience,” Johns said. “I toured the east coast, I toured that on the Midway…in 1957, 1958. We went to Pearl Harbor…and then we went to the Philippine islands, Okinawa, Midway Islands, then we ended up in Yokuska, Japan, that was our overseas home port,” he recalled.

Following the sessions, a banquet was held with MC Henry Pino telling jokes to the audience followed by music performed by the band Men in the Maze led by musician Bob Villa.

GRIC dignitaries Gov. Stephen Roe Lewis and Lt. Gov. Monica Antone each gave speeches thanking the veterans for their service to the country, and to the Community.

Antone said that she had just recently come back from a trip to Washington D.C., and during her time there, visited Ira. H. Hayes’s grave in Arlington National Cemetery. She said while she was there, in front of his grave, she thanked him for his service and act of raising the American flag over the island of Iwo Jima. She said in the same way she thanked Ira Hayes during her visit to his grave, she also thanked the Community veterans in attendance at the banquet.

At the conference’s closing, Gov. Lewis took to the stage speaking on how important the inaugural event was in bringing well-earned resources to veterans, who otherwise may not know are available to them.

“This is very significant, very historic for our veterans, that we are starting something for them,” said Lewis. “It’s about bringing veterans together and acknowledging their contributions to the Community, and our nation,” he said.

“When I think of all the veterans, everyone who has paid the ultimate sacrifice, or come back home…it is important that we get those resources to all of our veterans, I think this veterans conference, this inaugural and historic Gila River Veterans Conference is a step in the right direction,” he said. 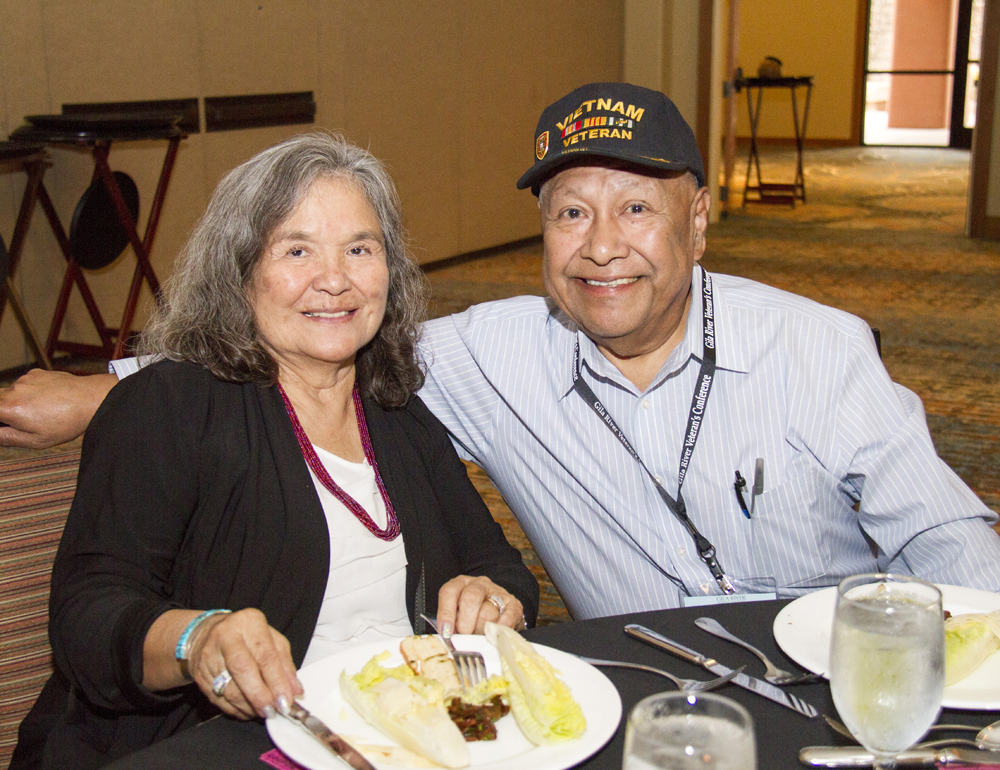 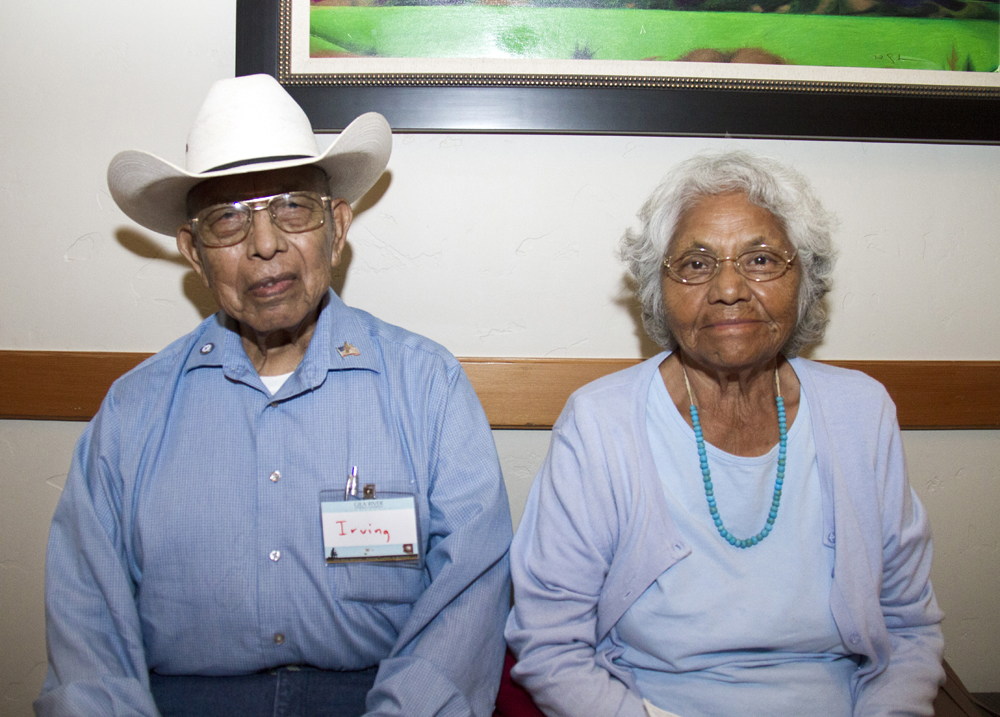 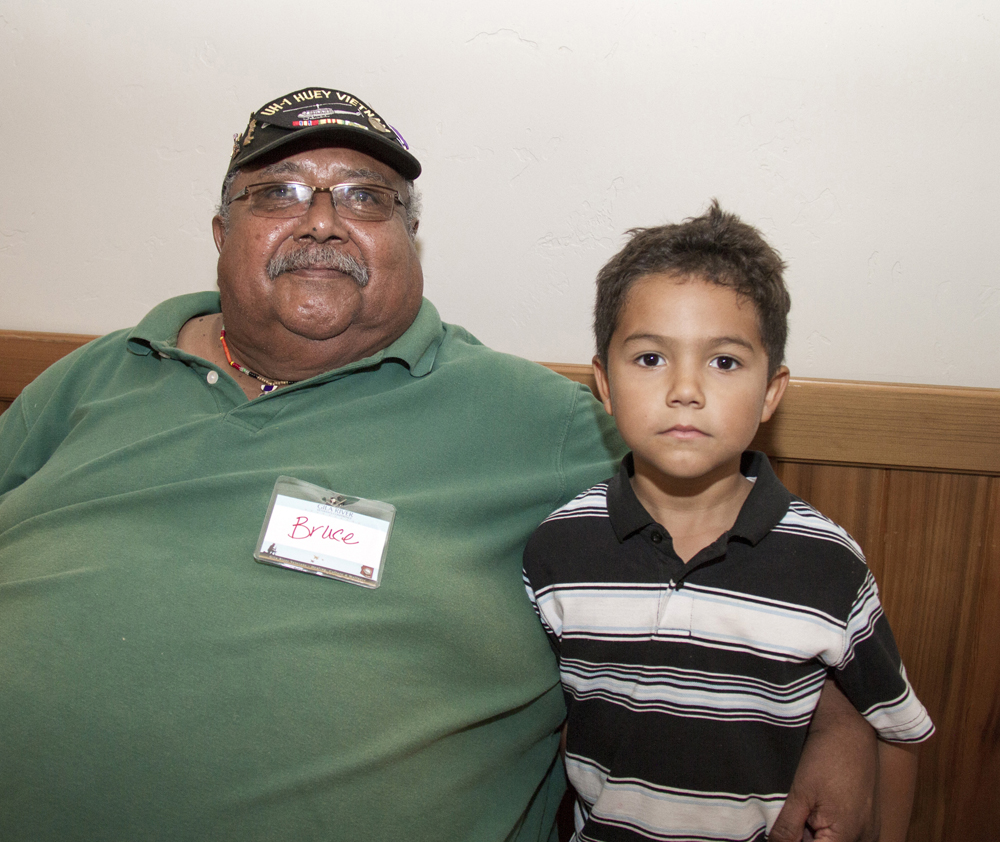 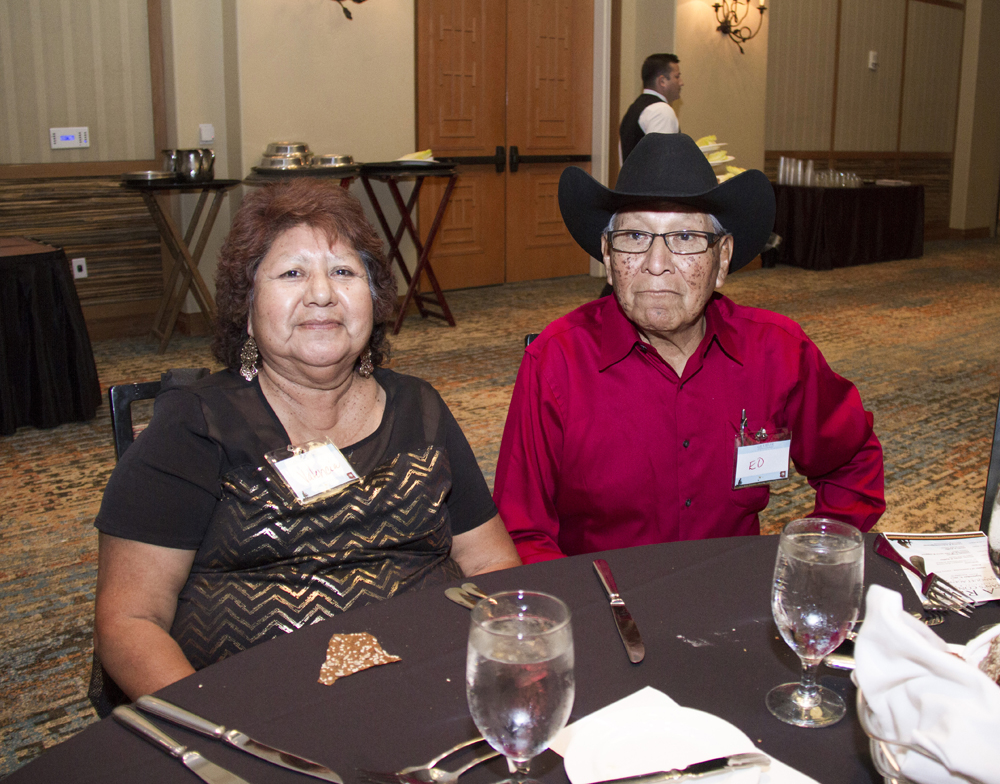 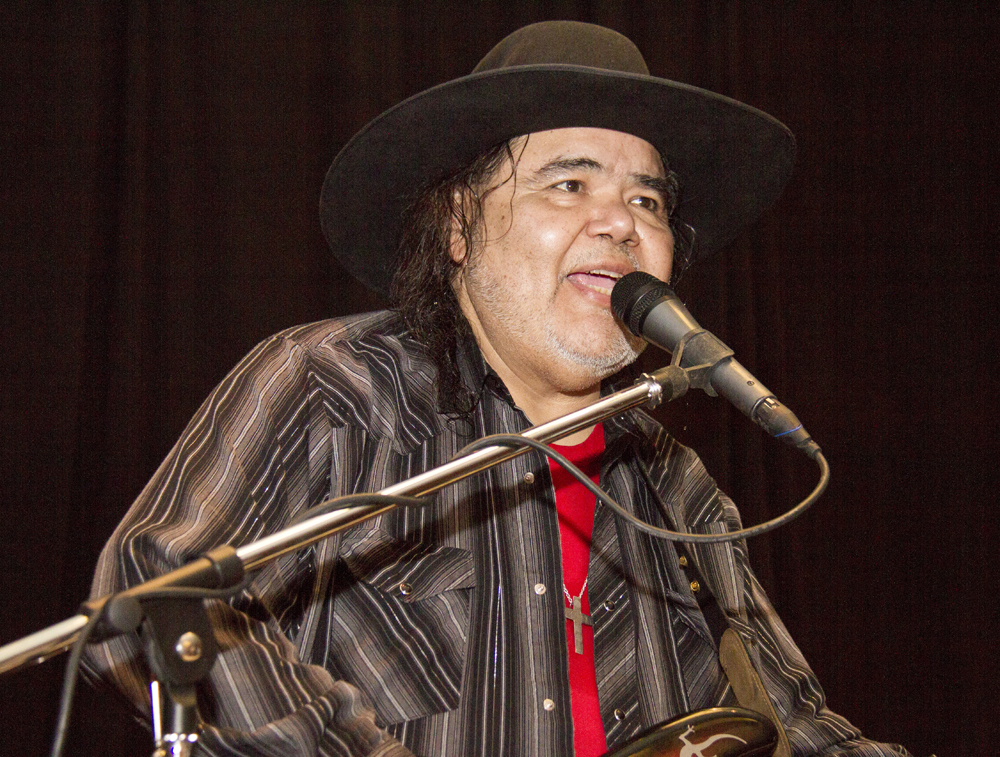 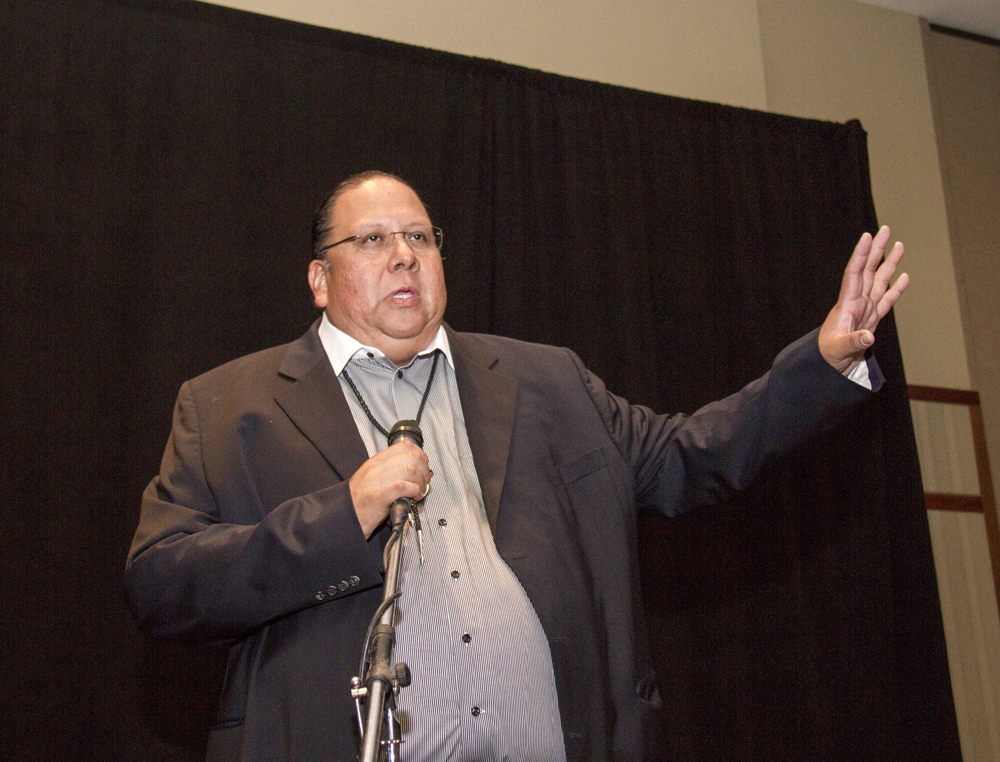 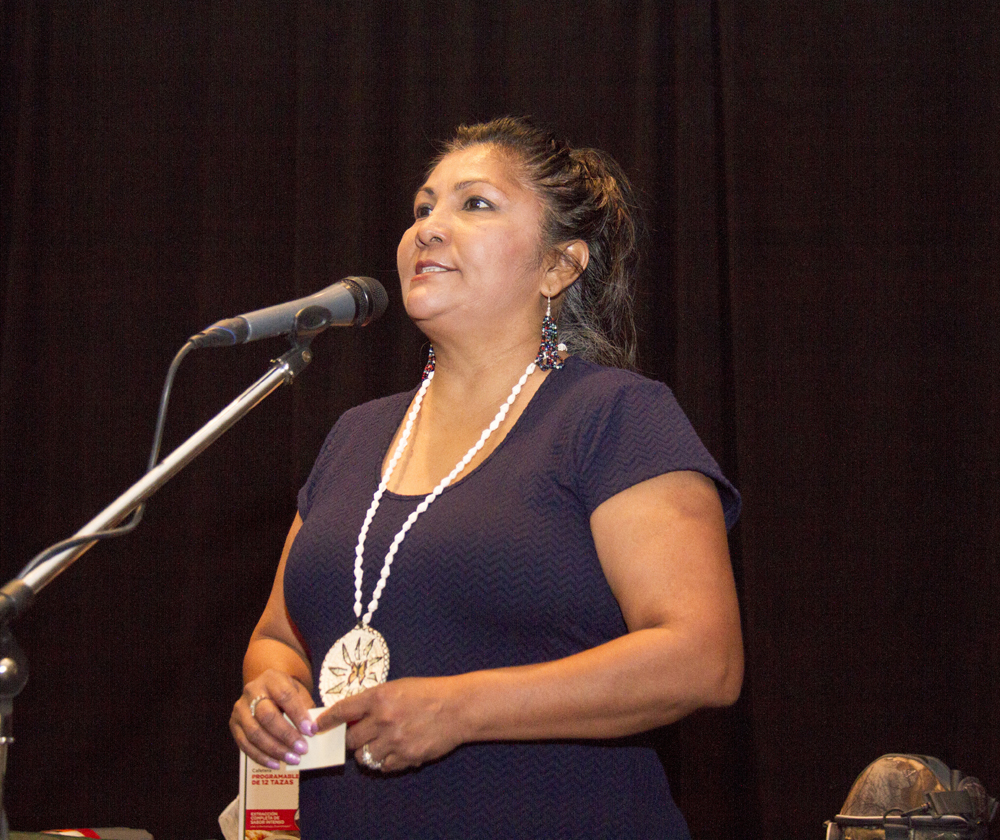 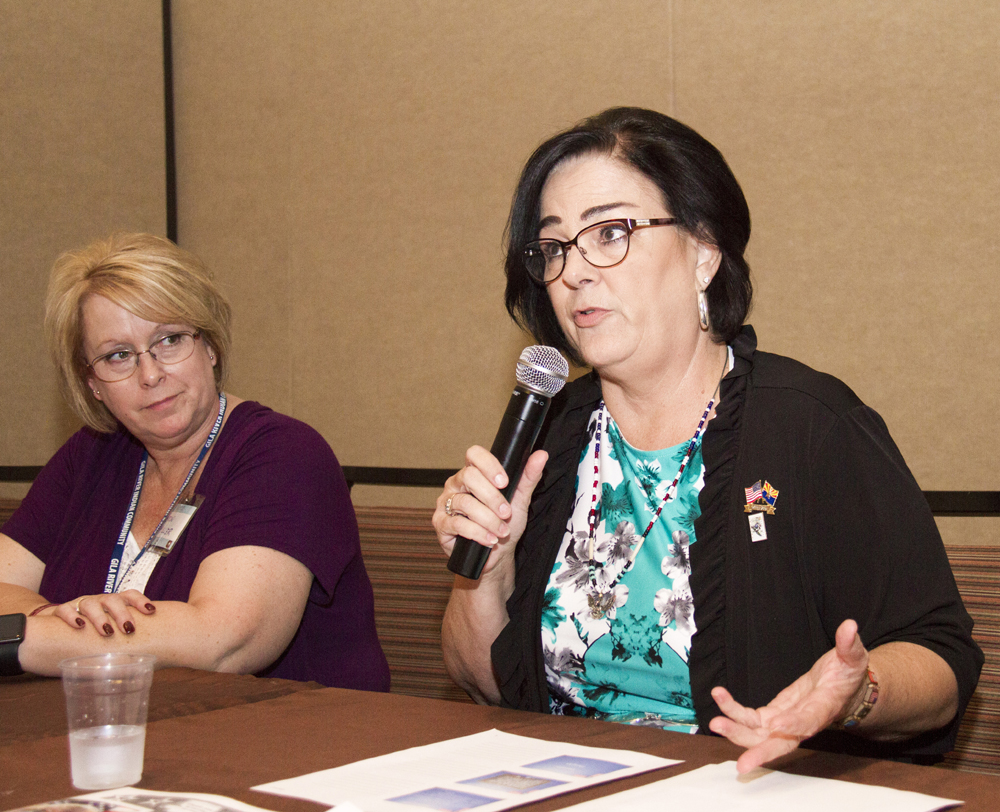