Submitted by the Lewis Family

Robert was an enrolled member of the Gila River Indian Community. He is survived by his wife Allison (Sekaquaptewa) Lewis. Two children, Mark Lewis and Blaine Lewis, preceded him in death. He is survived by a son, Richard Lewis, and a grandson, Caleb Dylan Eicholtz.

He is also survived by two brothers, Rodney Blaine Lewis, former general counsel of the Gila River Indian Community, and John Lewis, former Executive Director of the Inter-tribal Council of Arizona. Robert and his brothers grew up in Casa Blanca, where their father was the Minister of the Vah-ki Presbyterian Church for many years. While growing up in Casa Blanca Robert was known as “Bobby” to his family and friends.

Robert was an outstanding middle distance runner for the Whitworth varsity track team.

Robert Roe Lewis served honorably in the U.S. Army and was an intelligence analyst and stationed in Fort Bragg, NC. He was assigned to the United States Army special warfare center.

Robert was a probation officer for Pinal County working with young offenders prior to being inducted into the Army. After serving in the U.S. Army he was employed by the Salt River Pima-Maricopa Indian Community first as a director of the youth home and subsequently as director of the community social services program. He worked for SRPMIC for over 30 years.

Robert developed and administered the first transition of the Bureau of Indian Affairs social services programs to an Indian tribe. He served on the advisory board for the school of social work at ASU where he was also an Adjunct Instructor, and was also the first Native American representative to their alumni association.

In Appreciation During Our Loss:

The family of the late Robert Roe Lewis wishes to express its deepest appreciation and gratitude for the many expressions of sympathy and assistance extended to the family as we mourn the loss of our dear husband, father, grandfather, brother, uncle, and cousin. To the following we extend our thanks:

And deepest appreciation to the many donations of food, water, flowers, and for the seen and unseen helping hands,

God bless each and every one of you. 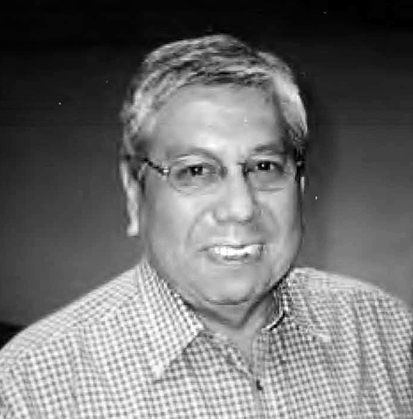