Agencies check on young eagles and monitor their activity

Two nine week old female bald eagle nestlings, a symbol of national pride, were at the center of attention, during a recent outing to see how they have adapted to their unique environment.

The eagles, who live a short distance from the Community, were given a checkup, that included, being equipped with a blue identification band and cellular GPS transmitter courtesy of the Arizona Game and Fish Department on March 29.

Wildlife biologists were on hand to examine the birds before they are ready to fly.

Getting up to the nest is a huge undertaking, requiring the efforts of a coordinated team of individuals from the AZGFD, Salt River Project and the Gila River Department of Environmental Quality, to bring the nestlings down.

The crews and agencies used this opportunity to learn more about the large raptors and how they interact with their surrounding environment, as bald eagles build nests ever closer to the Phoenix Metropolitan area.

Russell Benford, Department of Environmental Quality Senior Wildlife Biologist, said, the pair of bald eagles have been nesting just outside of the Community boundary since last year.

Although the nest is within the City of Phoenix, DEQ still monitors the eagles through the Nest Watch Program.

They keep watch, because of the cultural value the eagles have on the Community’s culture and a mission to ensure that the bald eagles are safe from their biggest threat, humans.

As with previous bald eagle projects, Benford said it is important to learn how bald eagles behave and adapt to their surroundings with so much activity going on around them.

“A lot of the reasons the nest watch program is in place, is to provide some positive encouragement to members of the public, who might either not know that [this] is a sensitive area or in some cases have a disregard for the wildlife here,” said Benford.

DEQ Nest Watch volunteer Thomas Rivas, a member of the Tohono O’odham Nation, and District 7 Council Representative Devin Redbird had the honor of holding the nestlings during the whole banding and transmitter rigging process.

Rivas said, “As a nest watcher, it’s a blessing to see them and to be close to them after a month and a half of observing them.”

He said the task may seem benign, but serves an important purpose, that requires spending hours watching over the bald eagles and their young nestlings.

“Ceremonial-wise we use eagle feathers and it is a blessing for me to watch over them as an O’otham…they carry the messages of prayers, so [we] really respect them,” said Rivas.

Redbird said, “You read about the birds, you talk about the birds and [we] have songs about them, but to actually be there and hold it and to be in partnership with all these entities that also respect the bird is something that is really special for the Community.”

When the SRP bucket truck arrived, the AZGFD was ready to ascend up to the nest, while one of the bald eagle parents kept a watchful eye on the activity below. When the biologist reached the nest, the nestlings, a bit taken by surprise by their human visitors, were in no hurry to leave the nest, but after 30 minutes of careful work, the eagles were brought down in short time.

The team began measuring, weighing, determining sex, banding, and outfitting the nestlings with a transmitter and had time to answer a few questions through the AZGFD Facebook livestream.

Kenneth Jacobson, AZGFD Raptor Management Coordinator, said the ability to track the eagle’s habits using a transmitter would allow them to learn more about how the birds behave in a metropolitan environment and, in turn, help protect the large birds from harm.

He said the transmitters work from a cellular network, which sends updates in the same way a person receives text messages or phone calls.

With the transmitters, the biologists can track and locate a bald eagles’ positions and how they are faring in the wild.

This method of tracking is used to understand what types of encounters the bald eagles have on their journey, especially if they are in an urban environment.

“That information we get from those transmitters will help us identify any risk factors they have in these urban environments. It gives us a chance to address those ahead of time before the birds get themselves into trouble, injured, or worse,” said Jacobson.

With their large size, bald eagles can find themselves among powerlines, possibly nesting near them, thus raising the risk of electrocution.

It is a problem the team of biologist wants to prevent as the presence of bald eagles near metropolitan centers increases.

Benford said around breeding season, it is best not to disturb a bald eagle nest, which may contain nestlings. “It is a sensitive area for the spring time breeding season, so we try to encourage people out of the respect for the eagles, to stay away and let them be good new parents,” he said.

In recent cases, bald eagle nests have been even found among busy construction sites and near powerlines.

Benford said the early stages of a bald eagle’s life are important to their development, “The baby eagles will be flying soon, they need a little bit of time to practice and to get sturdier on their wings.”

His advice for those, that have an interest in seeing bald eagles, is to stay clear of the nest and to observe them through a pair of binoculars or a spotting scope.

When people venture off the paved road for recreational purposes, it can have a negative impact on the bald eagles’ wellbeing, and can disturb the nest.

On a few occasions, Benford said he has asked individuals with drones to leave the area, which has brought a new concern to the nest. 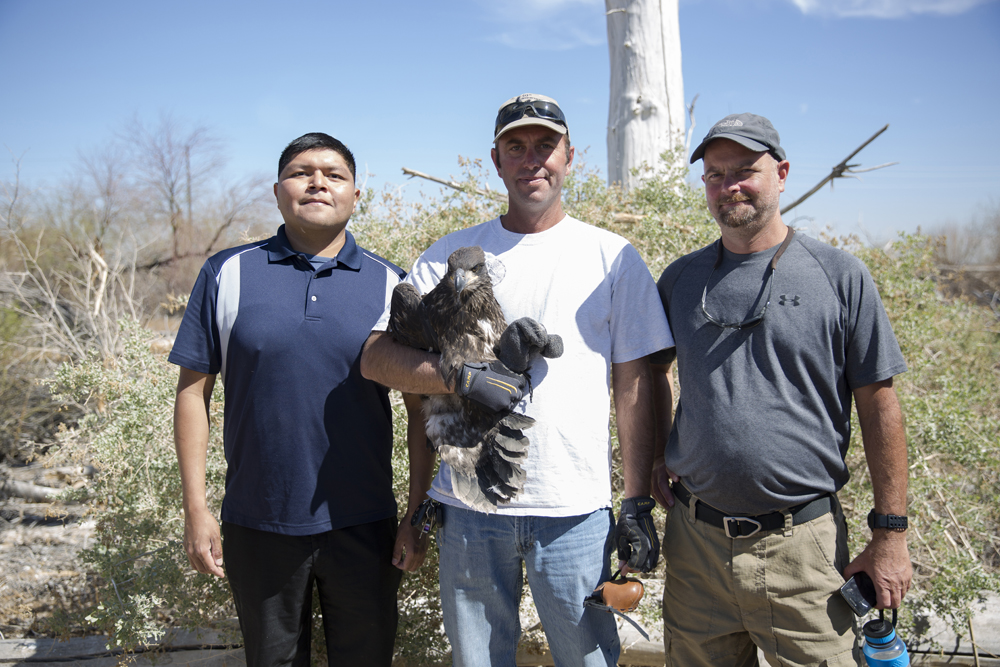 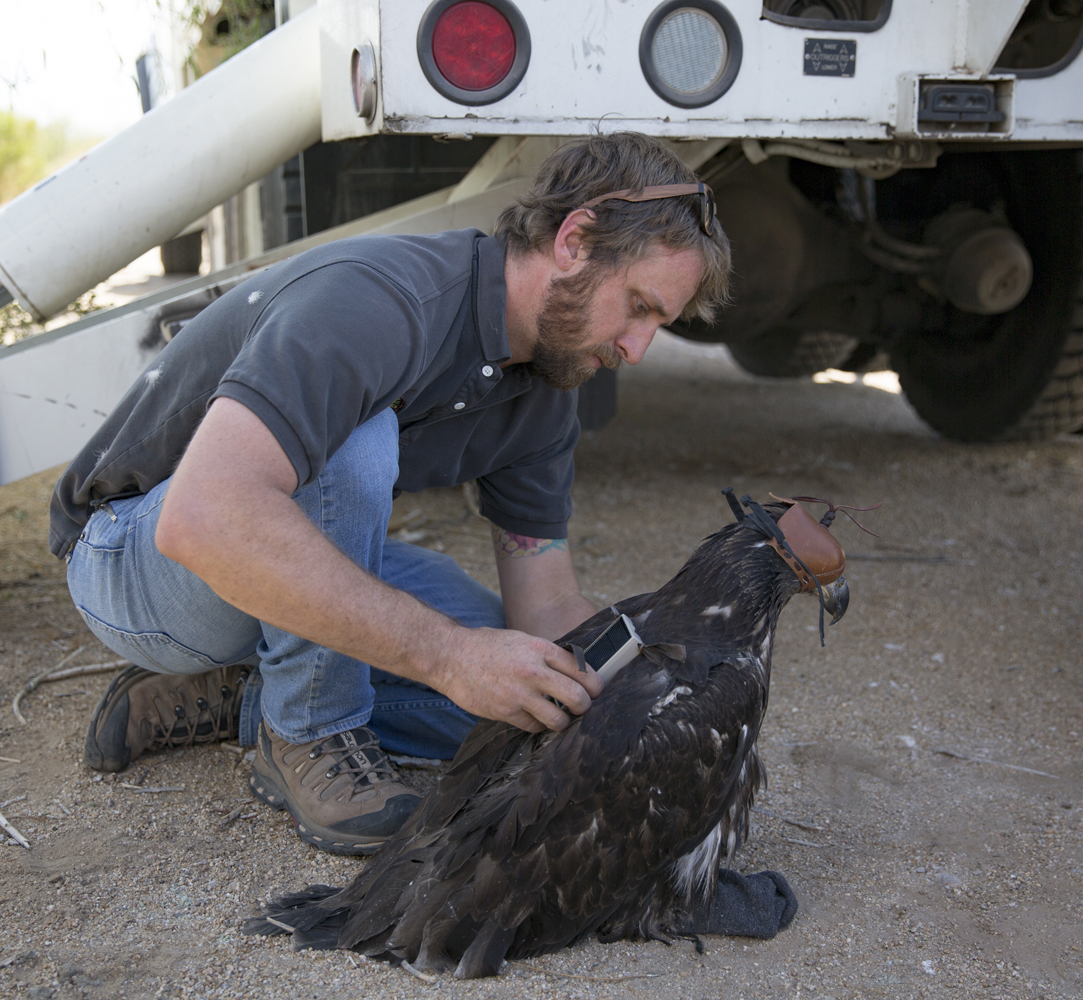 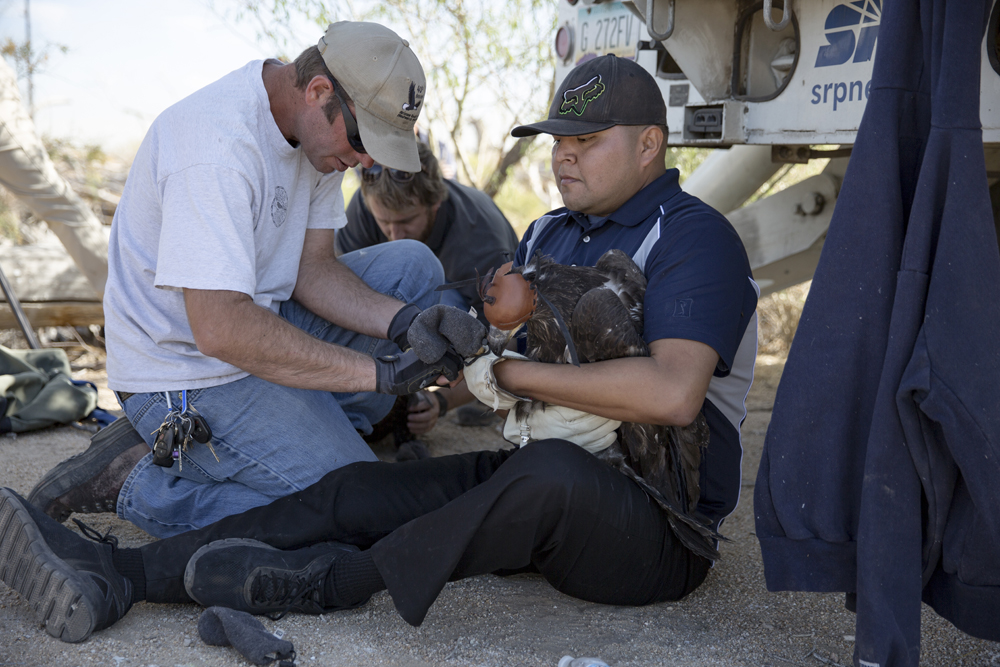 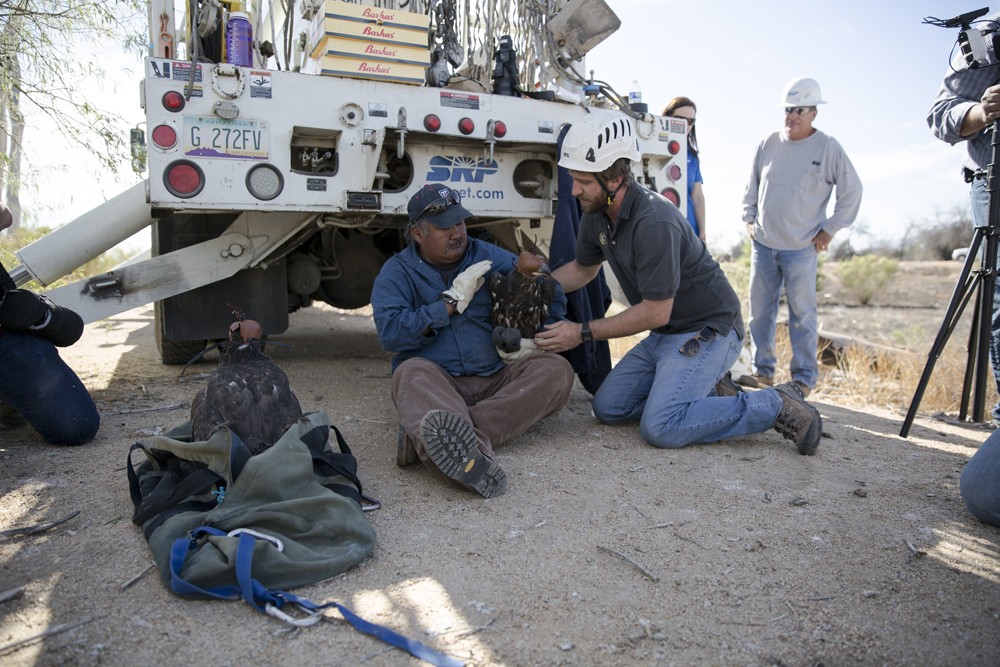