The new student pavilion on the main Arizona State University (ASU) campus unveiled a new plaque honoring and respecting the traditional homelands of the Akimel O’otham and Pee Posh, which the university sits on.

The ASU American Indian Council lobbied for the plaque and invited dignitaries from the Gila River Indian Community and Salt River Pima-Maricopa Indian Community for the unveiling which took place before the Cal Seciwa Leadership Banquet on April 16.

Megan Tom, former AIC council, recognized being a visitor on the traditional O’otham land and said the idea of the plaque was to honor the Akimel O’otham and Pee-Posh. Also sharing her gratitude as a visitor was current AIC council Savannah White.

Shane Anton, cultural preservation manager, spoke on behalf of the Salt River Pima-Maricopa Indian Community said that there is not really anywhere you can go in Phoenix that wasn’t originally O’otham land. He said that he appreciated and was thankful for the acknowledgment from the ASU community.

Speaking on behalf of the Community was Manuel Johnson, Intergovernmental Liaison.

“On behalf of Governor (Stephen Roe) Lewis and the Gila River Indian Community, thank you to the students for standing up and acknowledging our people,” said Johnson. “I always think about all the shoulders that we stand on all of those that came before us, even those we don’t know, the Indian people that took a stand. We stand on all their shoulders and as young students when you leave here, there will be others that will stand on your shoulders.”

ASU joins Columbia University as a major university acknowledging that their campus sits on traditional homelands of Native Americans. A similar plaque was unveiled in 2016 honoring the Lenape People.

“This plaque acknowledges this land is ours and we are still here,” said Carlos. “The acknowledgment of my ancestral land and my role as a student, it helps me understand and helps me have peace coming to this University knowing that I am getting my western education there is an acknowledgment of my traditional knowledge. I am thankful to represent both of my communities; my community and the ASU community. It was an honor to be invited.”

To open the ceremony, Anthony Collins shared a few songs with those in attendance and a social dance took place before the speakers.

Following the speakers, the plaque was unveiled in the lobby near the staircase and elevators. In the past, ASU President Michael Crow has publicly acknowledged that the campus is on ancestral O’otham homeland, one of just two major university presidents to do so. 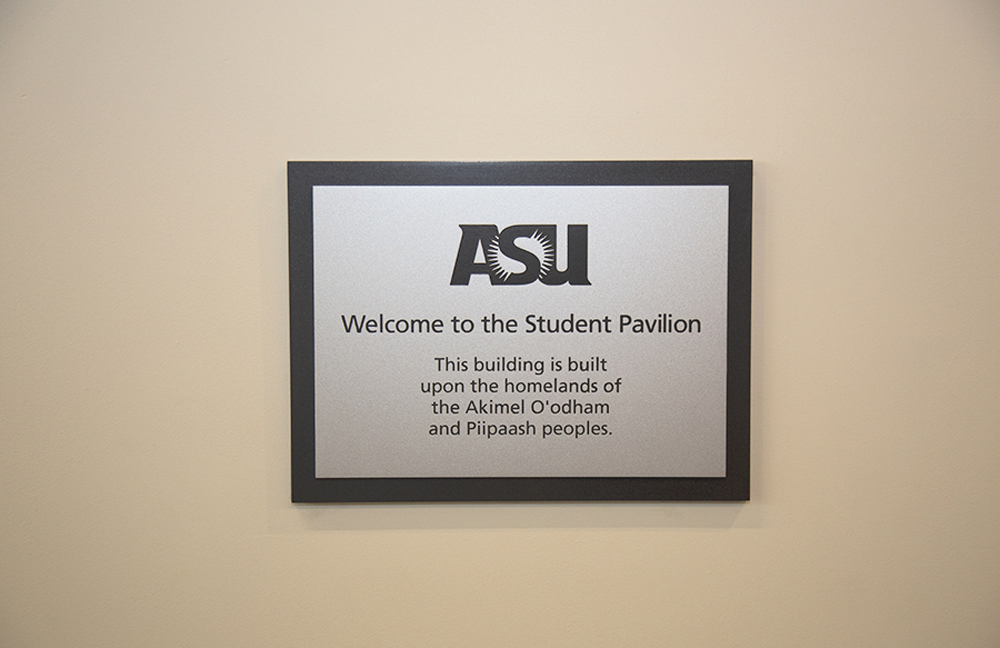 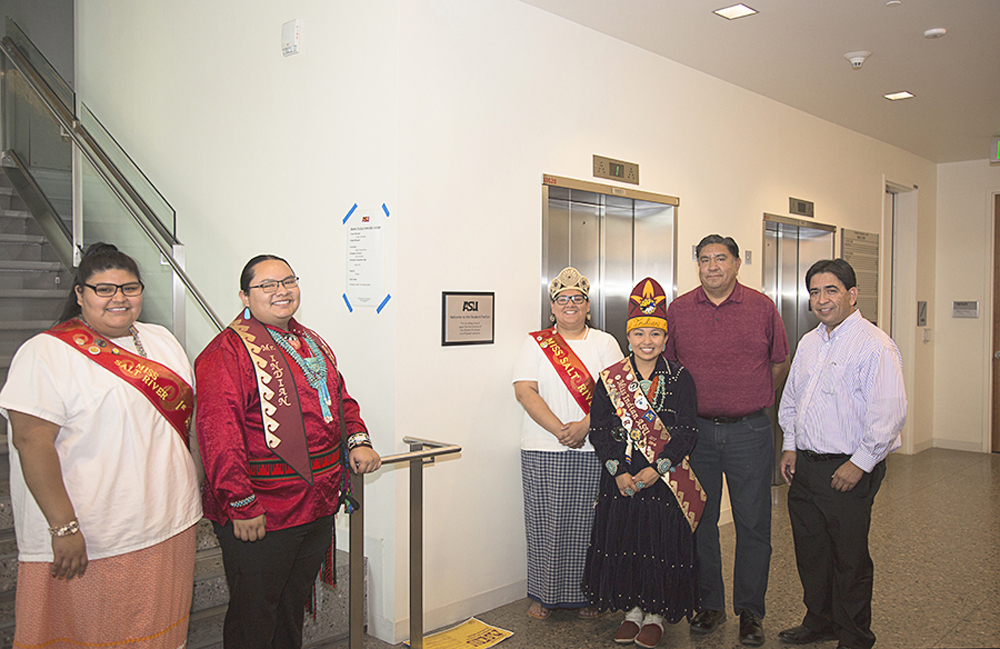 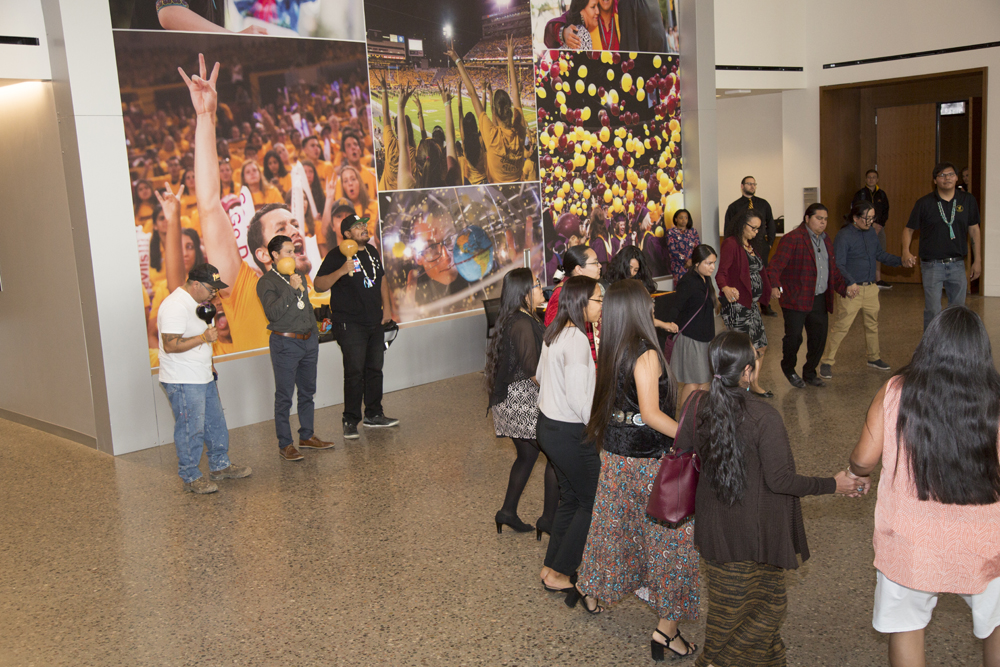