This is the second time that students from Sacaton Middle School have gifted the Community with hand-made signs.

The last batch of signs were given to the Community in 2016. At that time, 17 signs were presented, this time the class made 35 signs that will be put up in Districts 2, 3, 4 and 5 in the Community.

“It’s been really fun for the kids to get involved and make street signs for the roads that they live on,” said Barbara Wilson, bus driver and teacher’s aide. “It’s been good for them because it makes them feel a part of something. When they walk through the Community they can say, ‘hey I made that sign.’”

They also worked with Leslie Stovall from Land use Planning and Zoning to get the correct street names.

According to Wilson, after the positive response from the first batch of signs, she reached out to department of transportation director Timothy Oliver about making more signs.

“It’s giving them real educational skills,” said Oliver. “They are working on spelling, about fitting things on the signs in an appropriate size and having to think about all of those things. It’s a good opportunity for these kids who need opportunities.”

Wilson said that the original signs are still up and haven’t been vandalized, a show of respect, and that prompted her to inquire about the second batch.

As with most Native American communities, street signs and physical addresses can be an issue. The street sign project helps address those issues and make it easier to navigate around the Community.

The project was also a way to teach the students the importance of giving back to the Community where you live as well as a way to show pride in your Community and heritage.

The street signs were presented to Oliver and will be put up throughout the Community in the coming weeks. 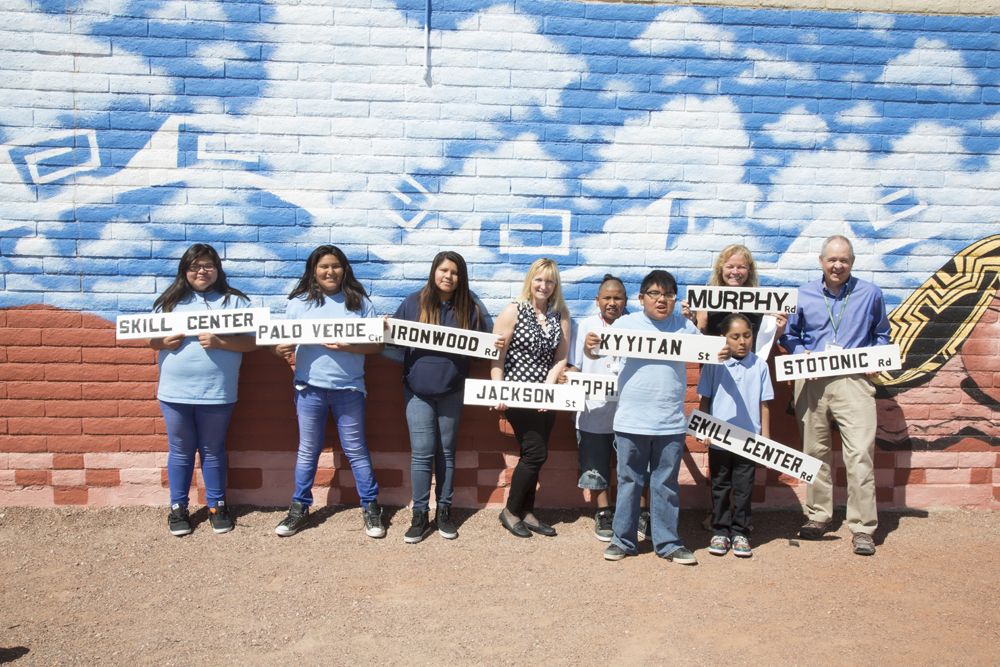 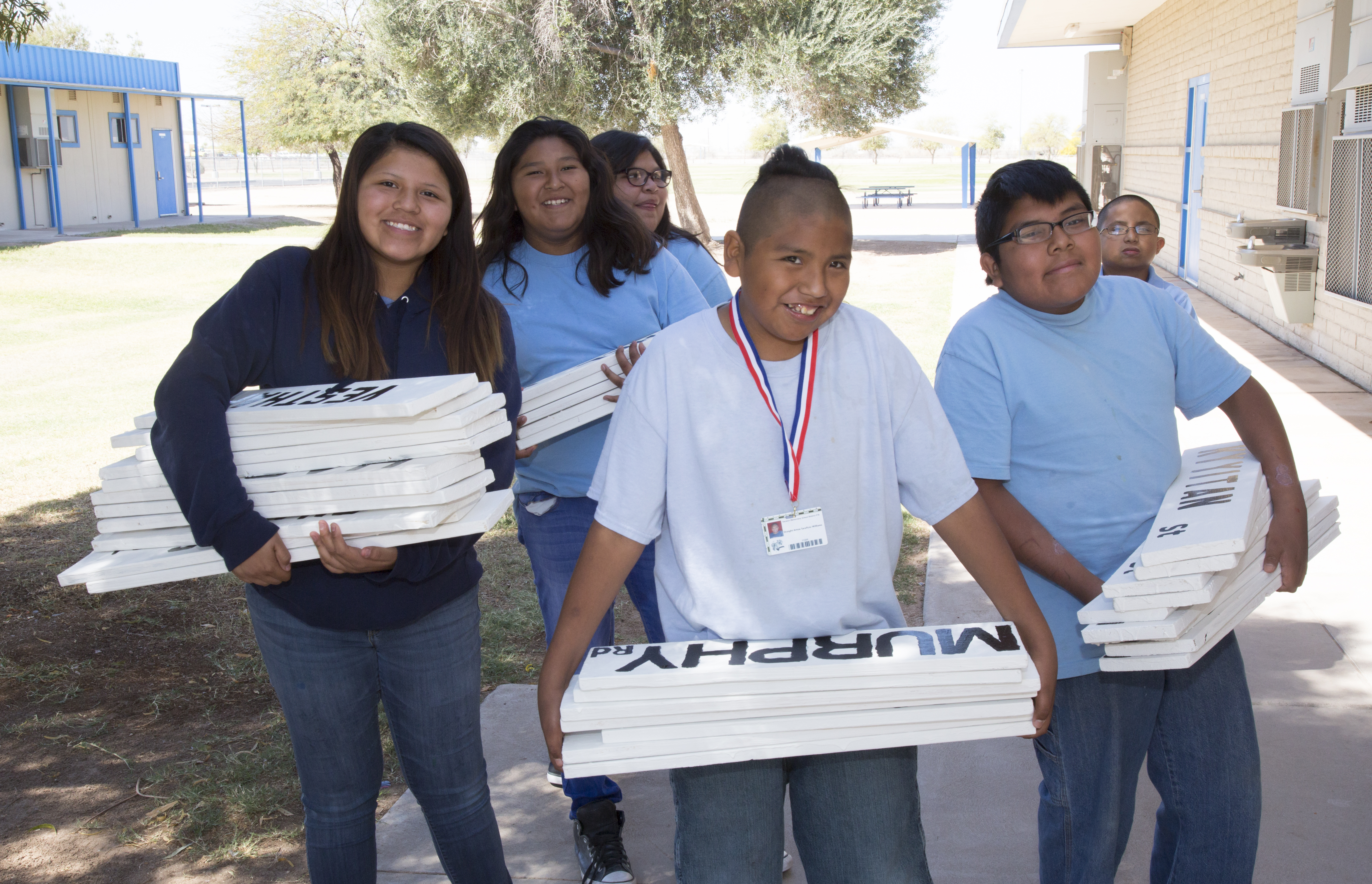 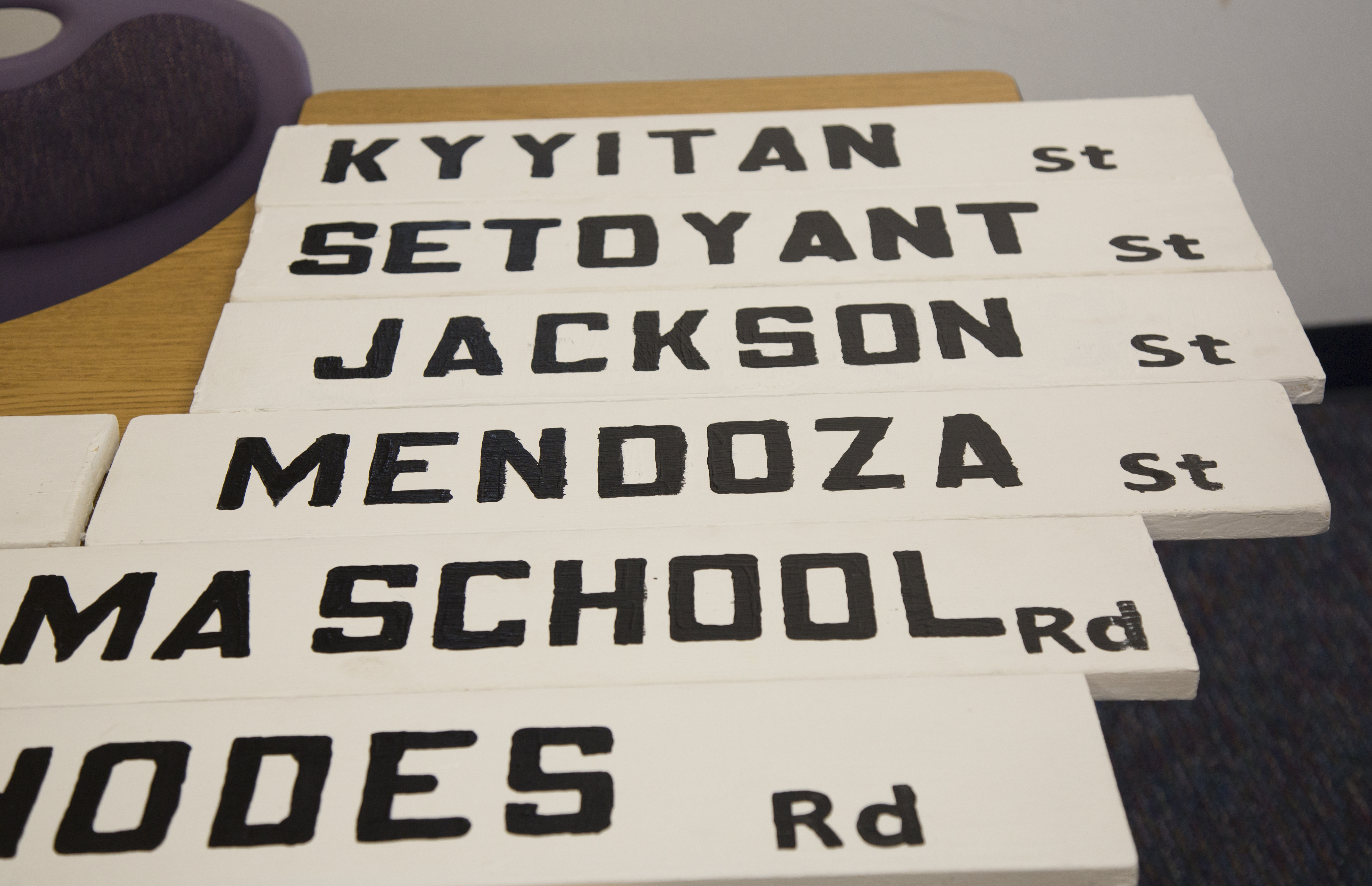