GRIN Articles > The Governor Employees of the Month award handed out for January, February and March

The Governor Employees of the Month award handed out for January, February and March

Three Community employees were chosen as the January, February and March winners of the Governor Employee of the Month award. On hand to present plaques was Lt. Governor Robert Stone, stepping in for Gov. Stephen Roe Lewis.

“On behalf of the Governor’s office, Executive Office and myself, Lt. Governor, we all know that we have a huge workforce and it is a great task to be involved in the government structure and to do our jobs. It’s quite commendable that with the thousands and thousands of employees we have that you guys have been chosen for the month of your awards,” said Lt. Gov. Stone. “From the Governor’s office and myself, ‘congratulations.’”

Officer Ethan Messerly was the winner for the month of January, Jill Jackson was chosen for February and Lynn Simon was the March winner.

Officer Messerly has been serving the Community in Law Enforcement Services since October 2010. As a Field Training Officer, he had the chance to mentor fellow and new officers. Officer Messerly takes the philosophy of ‘Community Policing’ as a personal challenge to influence the lives of not only Community members but anyone that he comes into contact with while on the job.

Jackson works in the Finance Department as an accounts payable technician III. She has been with the department since 2008 working from a temporary employee up to her current position.

Simon works as the Cartography Manager in the Cultural Resources Department mapping archeological sites and translating GIS formats to visual representations along with a whole host of other duties.

All three nominees were described as exemplary role models with excellent attendance who give a helping hand whenever the situation rises and have stepped up in their departments on numerous occasions.

“I want to congratulate every single person here,” said Richard Weschrob, Training Specialist. “These guys are nominated by their peers, people who work in their department. You guys should be commended for the work that you do. It is amazing the work you guys do and it’s amazing what you bring to the Community. I just want you to realize that your peers have looked at you and thought you deserved this award.” 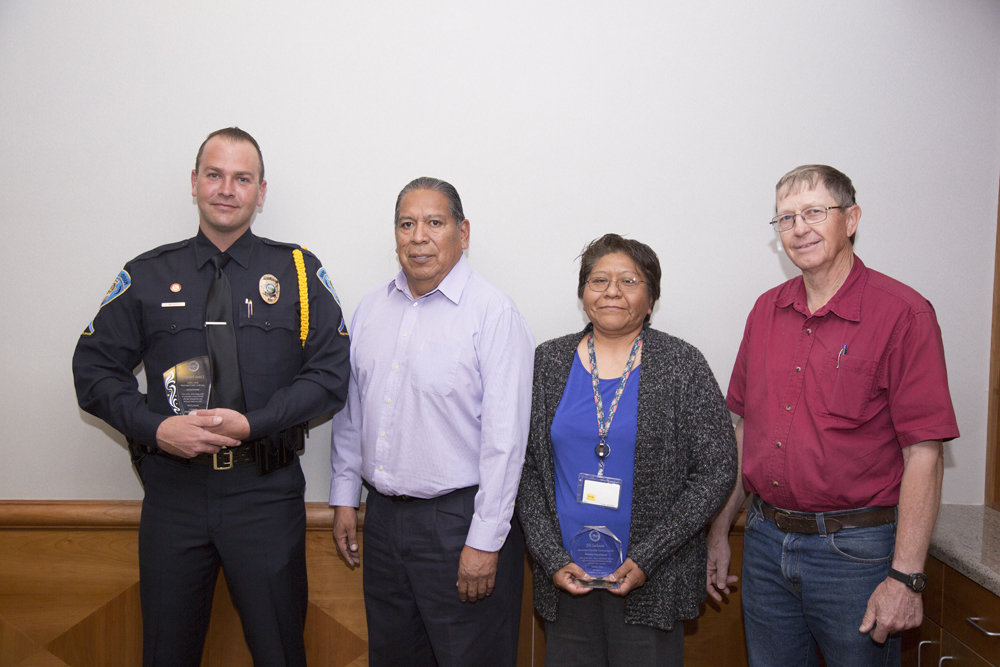 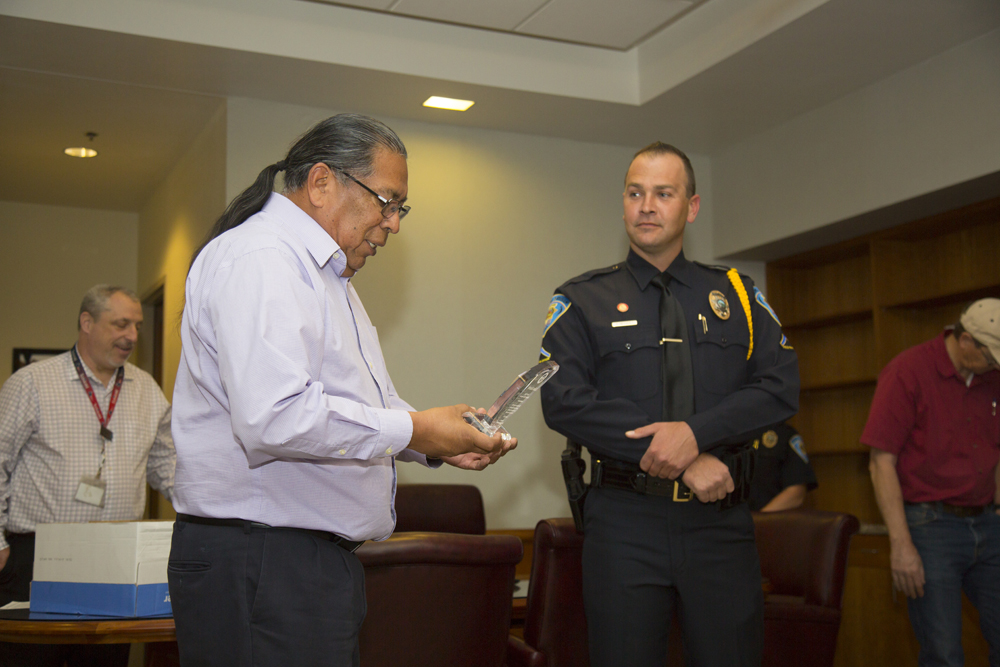