A fuels crew removed with chainsaws invasive plant species out of fire risk area of the Community.

With the dry heat of summer just around the corner, the Bureau of Indian Affairs/Department of Environmental Quality Fuels and Restoration Crew was hard at work creating a firebreak in the middle of a mesquite thicket in the Santa Cruz area of District 6.

The project is a unique combination of vegetation restoration and reduces the risk of a wildfire.

DEQ Senior Wildlife Biologist Russell Benford says the project serves two purposes and is a win-win situation for the Community and residents of District 6.

In 2008, the Ethan Fire demonstrated how fast the flames can travel when given enough fuel to feed the flames.

Ten years after the fire, efforts are underway to reduce the risk of a fire spreading farther and faster in short time.

“Their fundamental mission is to remove invasive plants that create risk to ecological/cultural human assets,” said Benford, “They are also associated with a local fire risk, so they are removing the bad stuff and putting the good stuff in.”

In January, when the most opportune time of the year to plant cottonwood and willow has ended, the clearing of invasive vegetation continues on in the Community.

The problem lies with the overgrowth of salt cedar that competes for resources like water and sunlight, which native vegetation like cottonwood and willow need to survive.

Benford said the removal of invasive specifies will continue to be a year-round project, due to the maintenance and overgrowth of salt cedar in areas of the Community, have the fuels crew working into the summer time.

Benford sees the planting of cottonwood and willow project continuing along for the foreseeable future to sustain the growth of native vegetation.

“The crew is there facilitating that process, the native vegetation is stronger and better adapted for those conditions,” said Benford.

With the restoration underway the cottonwood and willow have a chance to fight back against the invasive species, said Benford.

Pointing to a map mounted to the wall of the District 6 area, Benford said the river bottom and areas surrounding it have grown even more dense with salt cedar since the Ethan Fire.

“There’s a mix of salt cedar and mesquite that could carry a fire quite well, if a fire were to start there,” said Benford.

Called the Wildland Urban Interface, Benford said several homes within the Santa Cruz and St. Johns area, are in close proximity to the dense overgrowth and require the use of the fuels crew to cut fire breaks to protect the villages.

He said, “We want to do all we can do protect them, so we need to clear out breaks around them…we have two lines of defense where we would get some equipment in there to stop the fires.”

Not only do the firebreaks reduce the risk to life and home of Community members, but also of the firefighters that may have to respond to fight the fire.

Fuels crew supervisor Steven Poolheco, said clearing of invasive and potentially hazardous vegetation allows the fire personnel to have a better chance of extinguishing a blaze.

As part of the BIA Pima Agency side of firefighting, Poolheco’s experience in fighting fires as a Sawyer/Squad Boss trainee, has taken him to some of the biggest infernos along the west coast.

“If worst came to worst, there’s a line there, which could be used as a line of defense by fire crews,” said Poolheco, “With those lines in, [we] don’t have to be playing catch up…especially given the conditions you might find out [there].” 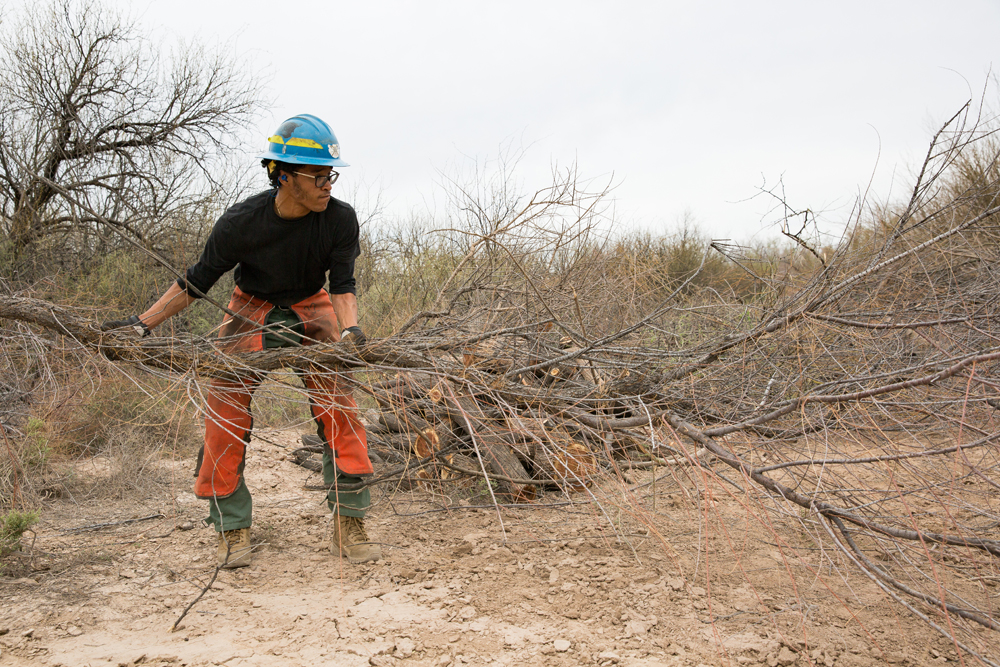 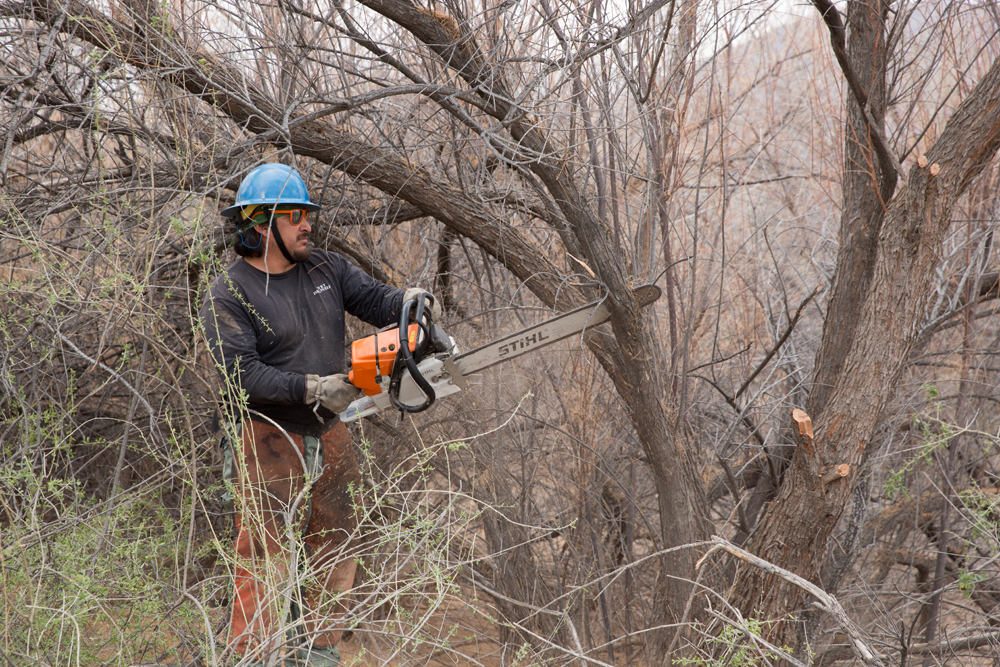