Employee retires following 18 years with the Community, will devote time to grandkids

If it has four wheels, a steering wheel and bed for hauling things, Merlin “Powie” Blackwater probably has driven it.

After 18 years of service working in the Community, Blackwater can now hang up his keys as he looks forward to spending time with his wife and family.

“I started as a bus driver for the school district in San Carlos, and then I worked in forestry driving heavy equipment and then in Pino Valley working in one of the copper mines there,” said Blackwater.

Blackwater, who lives in San Carlos, said it took him two hours to and from his home to Sacaton and now that he retired, it is a welcome change in pace.

He said, after work he would spend time visiting his mother until she passed away, but that it was good to have those moments with his family before the long-haul home.

Blackwater’s wife, said now that he is retired, he will have time to spend with their 7 grandchildren.

His wife, Adrianne, said, “We’ve been wanting to do some work around the home and probably let him enjoy himself and take a break.”

She said now that he is officially retired, they both would like to turn their attention towards their home and Merlin can focus on one his favorite pastimes, fishing.

Most of all is devoting time to their seven grandchildren, Adrianne said will be happy to see their grandpa. 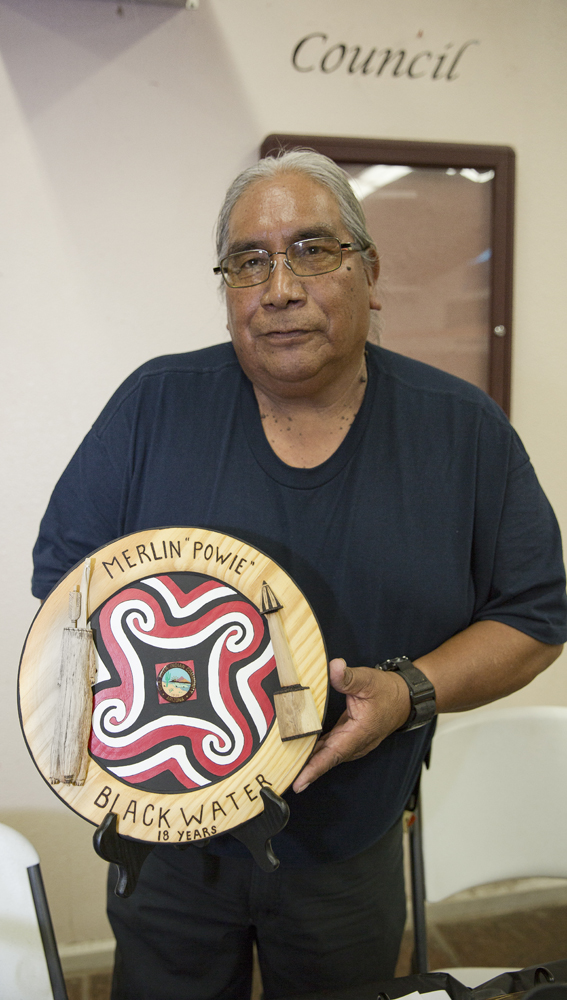 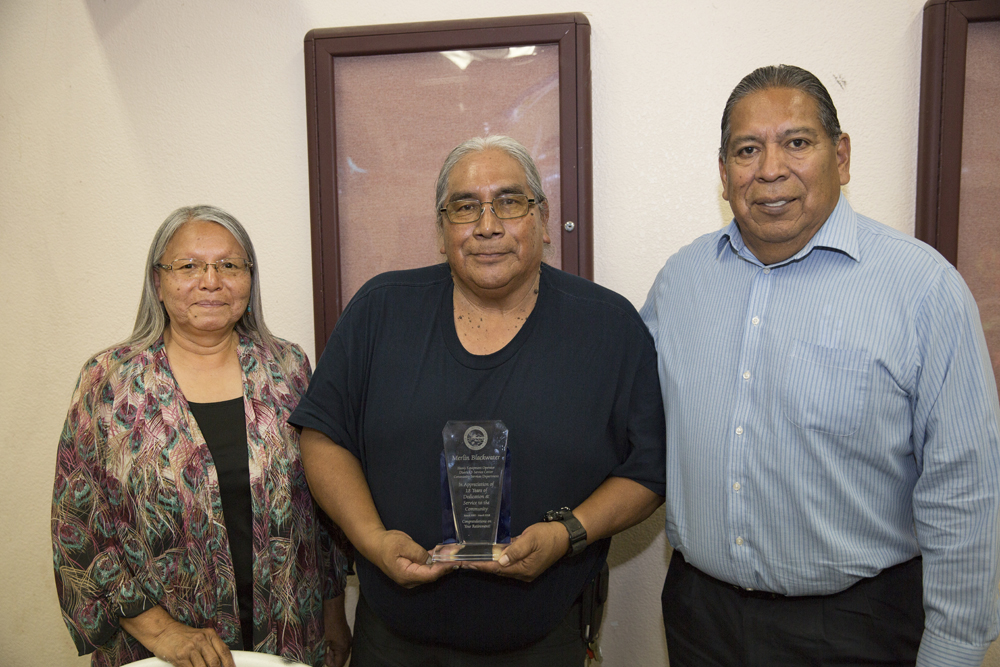