HHC looking for information from GRIC veterans for new exhibit

Gila River Indian Community veterans will be on display in a new Huhugam Heritage Center exhibit of their pictures and biographies, which will be a tap and swipe away.

He said a unique method of display for the veteran’s exhibit is one of the planned additions to the centers expansion projects.

“It really goes back to recognizing our veterans and knowing some of them have a story to tell, and doing it in a unique way” said Thomas.

Thomas said the incorporation of a display table with a large touch screen surface will allow visitors to bring up information on veterans.

In a previous overview with HHC Museum Director Shirley Jackson, veterans’ meetings were held to help guide the direction of what to include with the veterans’ exhibit.

The veterans’ recommendations to the HHC, asked them to expand the amount of display cases and what kind of memorabilia would be on display inside them.

“We are also working with Darrell Whitman, he’s been helping us do the research with not only the exhibit portion, but also with the veterans’ meetings, a memorial had been mentioned as well,” said Jackson.

Jackson said, “We are getting into trying to come up what will the memorial look like and eventually more ideas will be discussed, including content.”

The idea for the veteran’s memorial is a way of telling the story of those, who were killed in combat that were from the Community.

Whitman helped facilitate the listening meetings that in the past, through two sessions, gathered over 40 veterans to talk about an exhibit at the heritage center.

HHC Museum Technician I Donald Sabori, has also assisted with the undertaking to work with Community veterans’ posts to gather information, that will help develop the exhibit.

The goal of the veterans’ exhibit is to immerse visitors into the first-person view of veterans and the many experiences they underwent in a place that was very far and different from home. He said the plan is to invite Community veterans to share information about themselves and provide photos of their service and any commendations they have received.

“We’d really hope that when people read this, and they know a family member, who is a veteran, they can let them know and reach out to us,” said Thomas.”

The important part is the content, which the HHC is asking the Community to provide when they learn about the display project.

Thomas emphasized that it is important to get information from families of deceased veterans.

For a deceased veteran, a family member can visit the center and provide the information of that person from their time of service in the military.

The goal is to make the exhibit more than a contribution of information and photos, but a project involving the Community by the Community.

The HHC would like to include video interviews, that will be included along with their photos and service commendations.

Thomas said they want to create short interviews that are around three minutes long from the perspective of a veteran, which he says offers the best possible way of hearing what it was like to be in the military.

Among the planned accessible features of the display, will include information about a member of the veteran’s family that are currently serving in the military.

Included with the veteran’s biography and information, visitors will be able to see how far veterans traveled from the Community and where they went, if they were deployed overseas.

“I think it’s really cool to see how far they traveled during their time of service, up until they returned back to the Community,” said Thomas, “I think it would be beneficial for the youth to understand that was a lot of experiences the veterans went through along the way.” 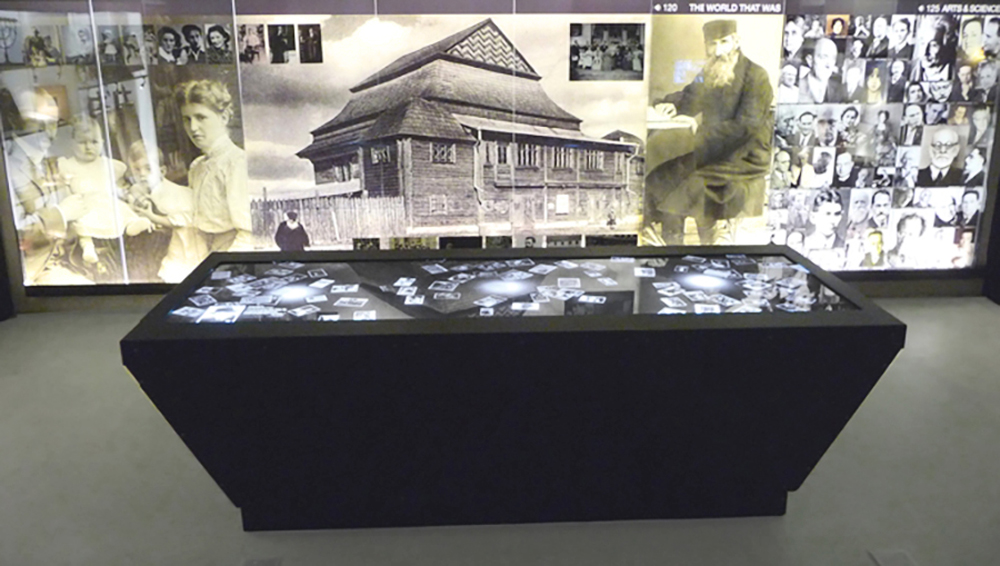