Lt. Governor Robert Stone joined state and tribal leaders at the Rose Garden of the State Capitol for the announcement that U.S. Senate had passed the Ashlynne Mike AMBER Alert in Indian Country Act.

The act will expand the emergency announcement framework into Native American communities, that are often times in very rural areas. This comes nearly two years after the abduction, sexual assault and murder of Mike on the Navajo Indian Reservation.

The bi-partisan effort spearheaded by Senator John McCain and Congressman Andy Biggs was passed unanimously and was sent to President Donald Trump to be signed into law.

Once signed, tribal communities will have access to funding to fully implement an Amber Alert if faced with another kidnapping or abduction. Navajo Indian tribal officers, with limited resources, weren’t able to enact an Amber Alert until roughly 10 hours after the abduction and took almost six hours just to notify the public.

The tragedy brought awareness to a loophole in the system. Before this, it was not known that Native American communities did not have the same access to the alert system. Mike’s mother, Pamela Foster, took it upon herself to advocate for change so that no other parents have to go through the same painful situation as she.

“There was a hole in our Amber Alert system,” said Rep. Biggs. “This bill fills that hole and that is critical. We wish we didn’t have to have to discover that hole in such a tragic way but my respect and my thanks go to the parents of Ashlynne Mike who fought so hard and advocated for the passage of this legislation.”

Mike’s parents were also in attendance and spoke during the conference.

“It’s always hard advocating, this is not easy, I still can’t get over the loss,” said Foster. “I still have nights I can’t sleep…I just want to say ‘thank you’ to Sen. McCain, to Congressman Biggs, to Sen. Udall (D-N.M.) and to Congressman Heitkamp (D-N.D.) for all the work they have done to make this happen. This is monumental.” 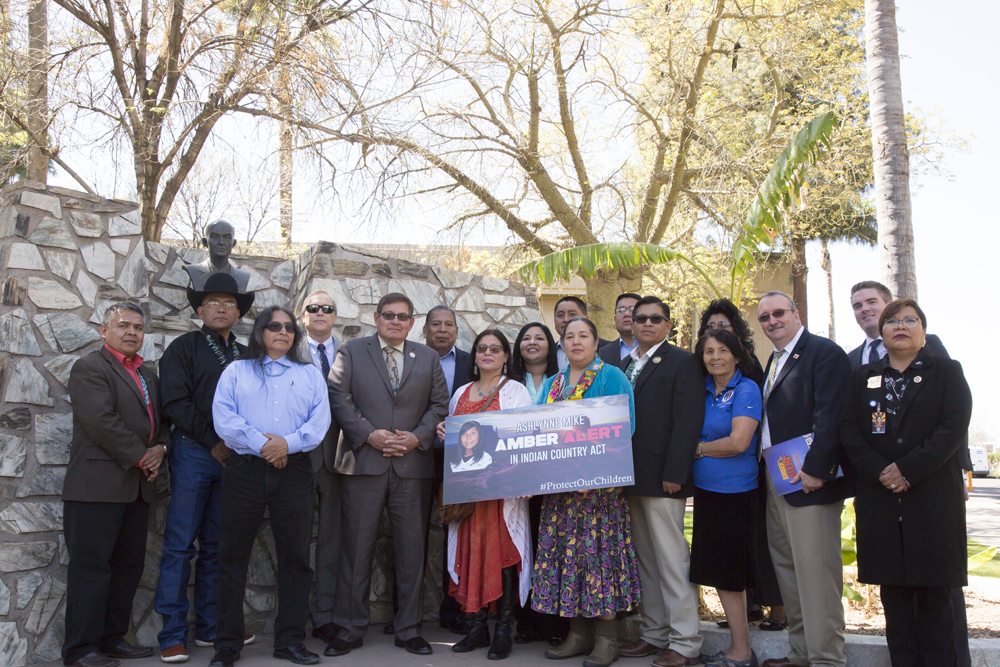 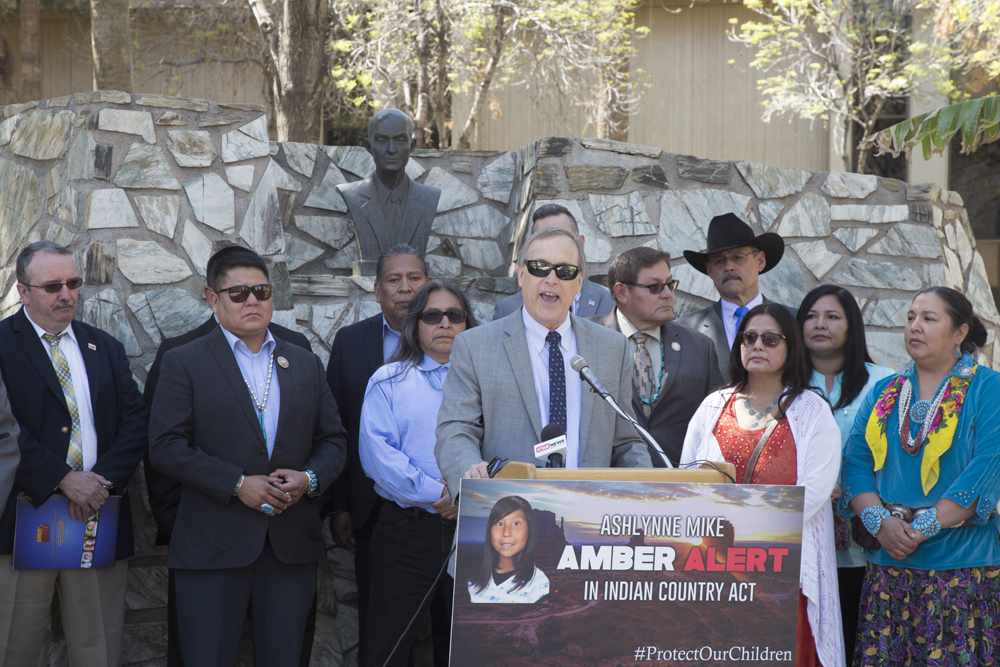