Three Precious Miracles held an Easter Celebration for Community families on March 24 at the Sacaton Ballpark. The Easter Celebration was in collaboration with Arizona Department of Child Safety’s efforts to prevent child abuse and bring awareness to the Community.

There were many activities that took place for the children including arts and crafts, egg coloring, an egg toss, a bunny hop contest and an Easter egg hunt to end the event. The Easter Bunny also made an appearance and took pictures with the children. A lunch was also provided to the families.

A photo booth with the Easter Bunny was something Manuel was happy to provide for free because a lot of those families in attendance don’t have the resources to travel to popular Easter Bunny photo booths in places like shopping malls.

Over 80 Easterbaskets were given out to Community youth that came out to the event, which were full of candy goodies as well as books and other fun activities.

The goal of Three Precious Miracles is to provide support and services to Native American foster families and to grandparents who are raising their grandchildren.

“I’m a grandparent and have custody of my grandkids and I think we need more resources like this,” said Marilyn Nanez, who was present at the family outing. “I was worried (about Easter) because I am retired on a fixed income. My grandkids are excited and enjoying their baskets. This is something they didn’t expect, maybe just a little bit of candy but nothing like a little gathering where they can enjoy themselves for the day.”

Volunteers from Voyager and Compass Churches, were on hand at the event. Local businesses like Sacaton Supermart, Coolidge Glass and Mirror, Garrett Motors, Dreamline Motors, Brown’s Cooler, Furniture and Appliance, Lee’s Foodland Market, Shope’s IGA and Kia Air Conditioning were just a few of those that donated to the event. Another ‘thank you’ to the Ortega Family.

Manuel said the event was a success and hopes to continue to bring child abuse awareness to the Community through family functions, especially because some children are vulnerable in certain circumstances. She also thanked those volunteers that made the event possible as well as the many donors. 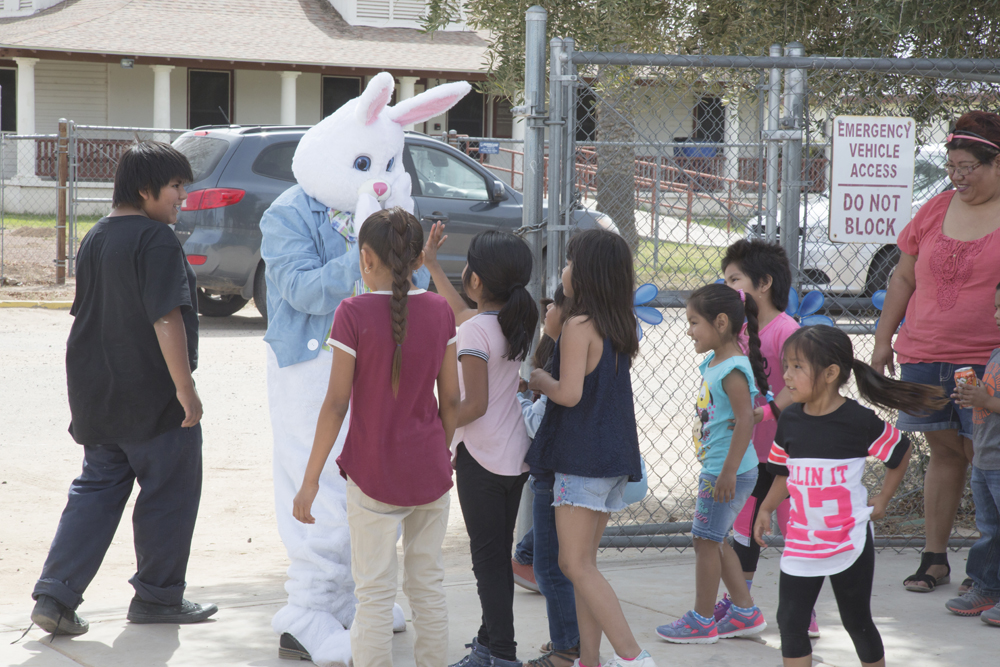 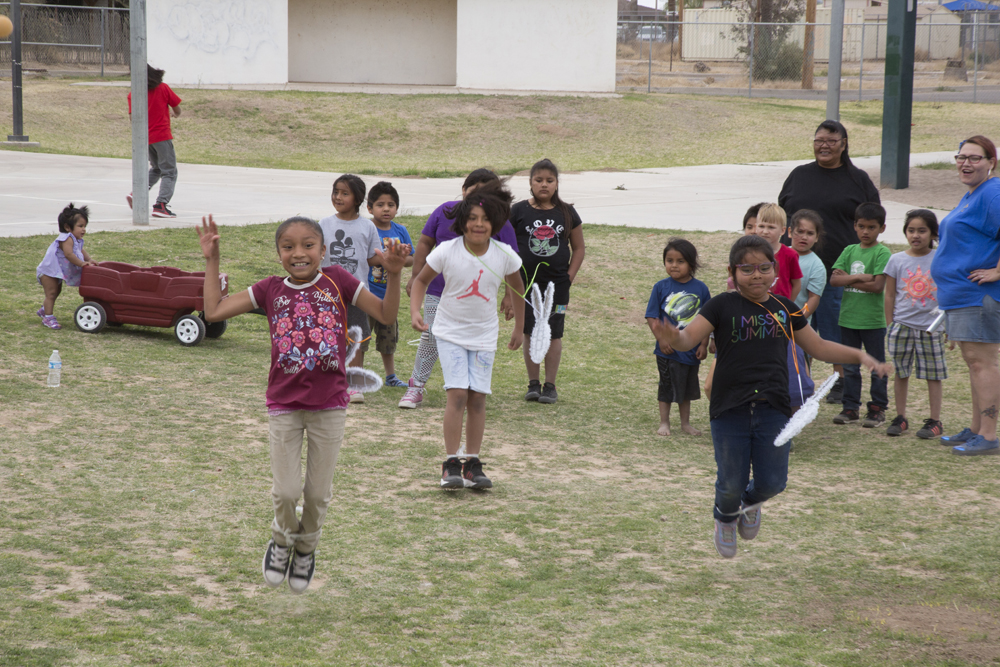