The winners of the March 1 Special Election were sworn in during a Community Council meeting in Sacaton on March 21. The swearing in ceremony fills the vacant seats for District 5 Council representative and associate judge. Chief Judge Donna Kisto-Jones swore in Lawrence White Sr., who won the District 5 race, and Associate Judge Janice Breckenridge swore in Anthony J. Hill, who will serve in the GRIC Court as associate judge.

Hill returns to the GRIC bench after previously serving as Chief Judge.

A brief reception was held following the oath of office. 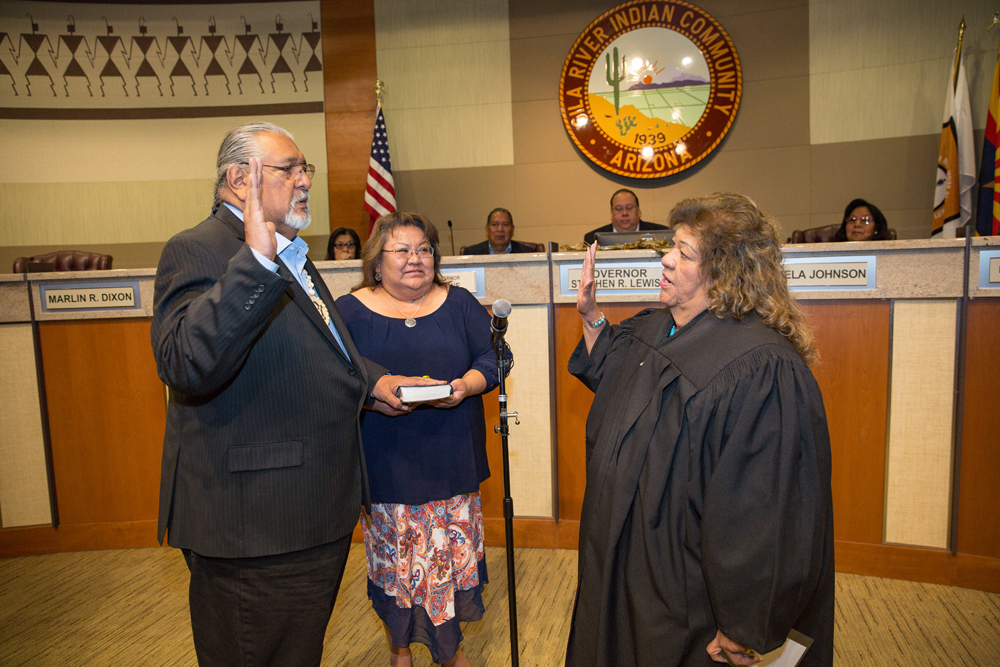 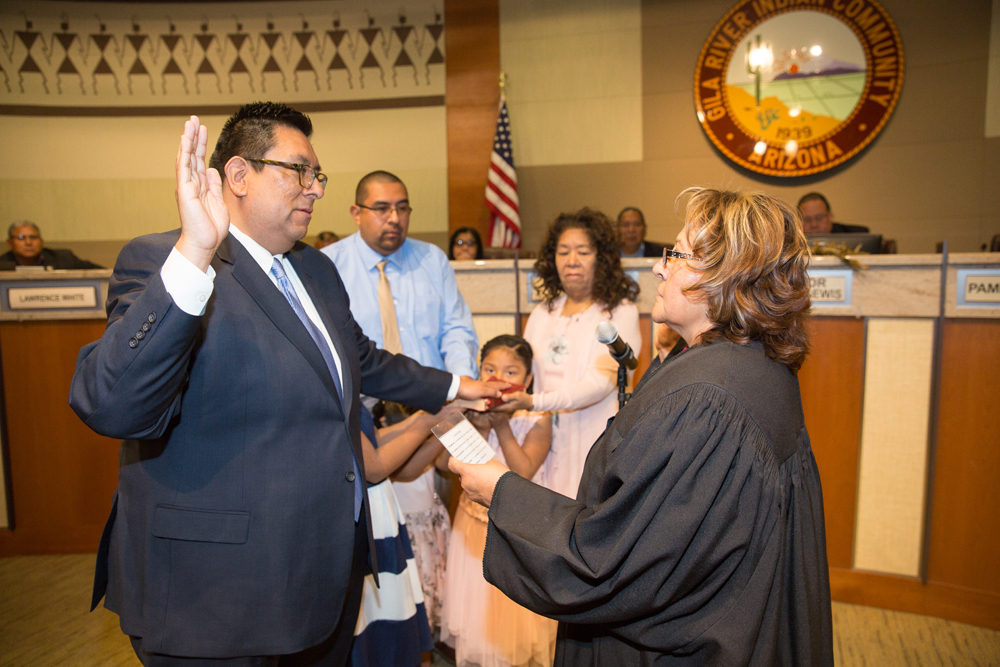