A small celebration was held in honor of the completed Casa Blanca canal in District 5 on April 2 by the Pima-Maricopa Irrigation Project. The 16-mile long canal was finished in a little under a year, starting in the spring of 2017.

With farmers from Districts 3 and 5 in mind, P-MIP set out to get the project completed as quickly as possible. The original timeframe was 3 years for construction.

“Good to see the project completed here on this main stem,” said Lt. Gov. Robert Stone. “We got one more to go in San Tan. I’ve seen all of this growth here during my time here. This will really help District 5 with major areas of farming.”

Representatives from the Bureau of Reclamation and United States Division of Agriculture spoke to the small crowd recognizing the joint efforts with P-MIP to complete the project. To date, construction costs have been close to $50 million. The USDA has contributed $8.5 million to the project.

“USDA is very happy to be the newest person, newest unit at the table,” said Keisha Tatum. “I know that Gila River Indian Community and Bureau of Reclamation have a very long relationship. We have worked traditionally with GRIC with individual farmers, that is where we have primarily worked, helping to address their irrigation or natural resource issues.”

With special authority in the farm bill, available to Native American tribes, the USDA was able to work on a large-scale project. GRIC is the first tribe to utilize this part of the farm bill and the national office is paying close attention because the model could potentially be the blueprint for other Native American communities.

Ron Padilla of Hunter Contracting, which worked on the lining of the canal, discussed the honor of enhancing and extending the history of the canal, which was constructed by the O’otham.

He also discussed the undertaking of such a challenging project and the pride of undertaking a project that would be extremely beneficial and functional to the Community where the project exists.

The siphons of the canal were contracted by TNT Construction and were completed before the lining of the canal took place.

“This is another historic day for the Community and in particular for District 5,” said P-MIP Director David DeJong. “The Casa Blanca area and all the land that you see has long been the breadbasket of Arizona. In the 19th century, these lands here were supplying all of the food for Arizona territory until the Community was deprived of its water by upstream diversions.”

There are wells that still need to be connected and earthwork to be completed among other miscellaneous work but the lining was completed well before the original timeline. DeJong thanked all of the workers who gave up family time, working 7-days-a-week to finish the project.

Following the speeches and recognition, Lt. Gov. Stone, Tatum and Leslie Meyer (B.O.R.) did a ceremonial opening of the canal gate. 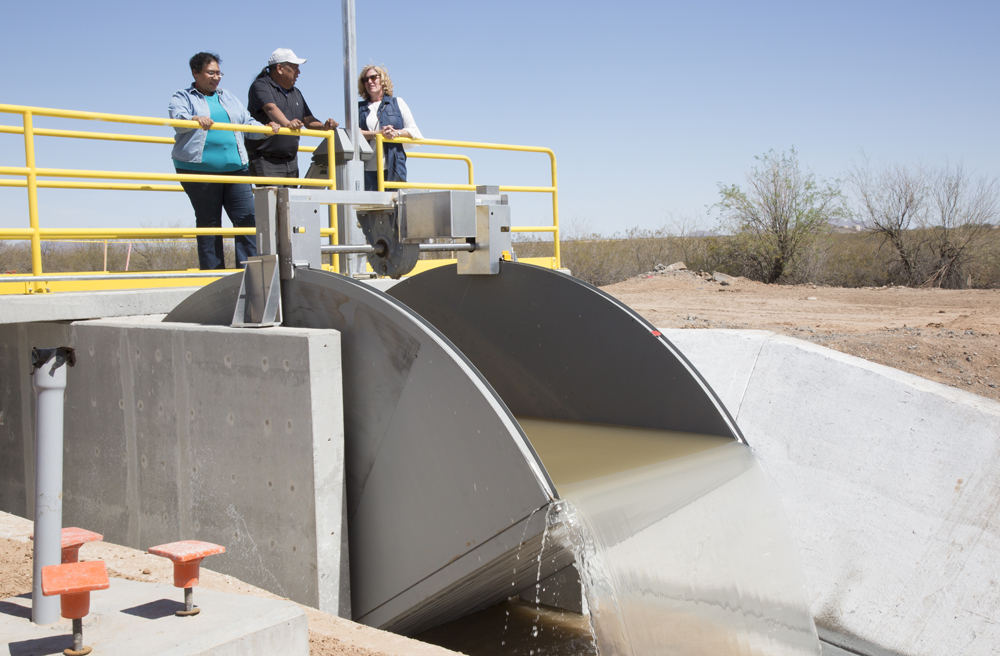 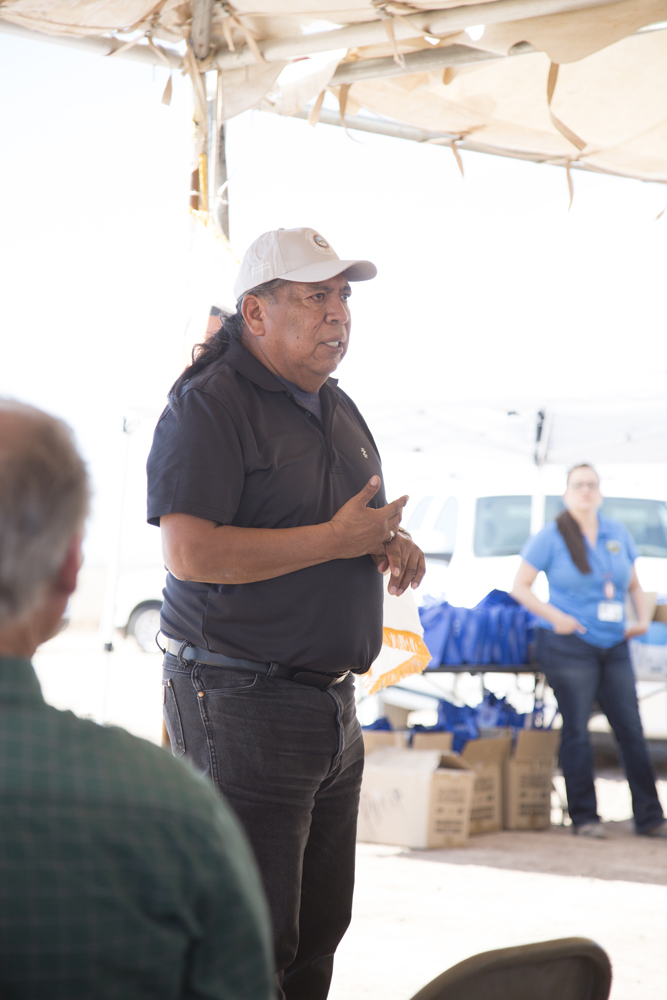