Weahkee, a member of the Pueblo of Zuni tribe of New Mexico, has served as the Chief Executive Officer for the Phoenix Indian Medical Center, and in the United States Air Force as a Public Health Specialist.

During a special meeting at the GRIC Governance Center,  Gov. Stephen Roe Lewis and members of the Community’s Health & Social Standing Committee met with Weahkee about the interests of the Community to expand its healthcare and how that fits within overall mission of IHS to serve tribal nations.

Topics for discussion was funding for healthcare, initiating dialog on tribal consultation with Indian communities and funding for the treatment of veterans for health issues.

Gov. Lewis encouraged the acting IHS director to consider the opportunities that are available through collaborating with tribes on improving their healthcare systems.

Lewis said AIs have taken on more roles to provide their own healthcare, which opens the door to more effective collaborations with IHS over healthcare that is directed where it needs to be.

To follow up with the Community’s recommendations, Weahkee said based on feedback from other AI communities, IHS’s current tribal consultation policy should be reviewed and updated to address their needs.

At the Hau’pal health center, Chief Operating Officer Derrick Glum and the Gila River Healthcare Board of Directors welcomed Weahkee to the new facility.

GRHC board member Wanda Manuel thanked Weahkee, because of the IHS funding used to build the facility, which will also serve as an alternative for the Phoenix Indian Medical Center for to patients  seeking treatment for their health needs.

Weahkee said the Hau’pal health center is great addition to the Community and will benefit other AIs that will come through the facility for treatment.

“I know what a relief that will be for ambulatory care provision taking 15,000 or so patients that are currently receiving treatment downtown [here],” he said.

Phoenix Indian Health Service Area Director Charles (TY) Reidhead, who attended the groundbreaking, was amazed to be back to see the health center completed.

“I’ve seen the facility at various stages, from when it was dirt to now being completed,” said Reidhead.

Afterwards, Glum gave the IHS officials a tour of the new facility, discussing the key services that will be available to patients.

In the main entrance of the health center, a public viewing for Community elders to place allowing the chance to look at the various departments and talk with customer service staff, who guided them on tours giving them facts on the facility.

Now that the Hau’pal health center is open, it will serve as an alternative location for AIs to receive healthcare and reduce the time to being seen at PIMC, in which the new facility aims to alleviate the large influx of patients treated there. 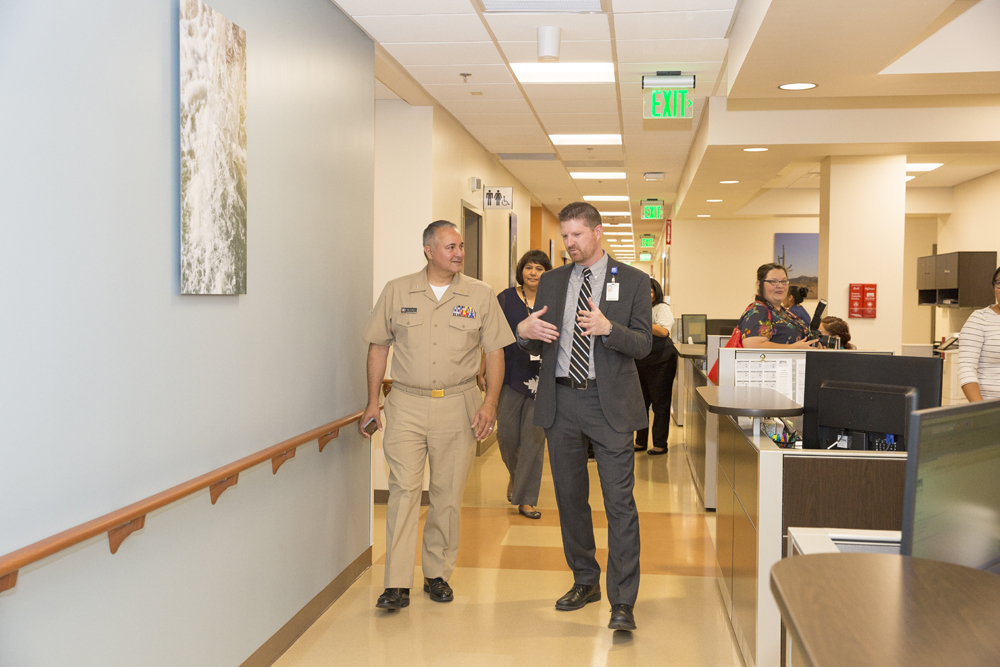 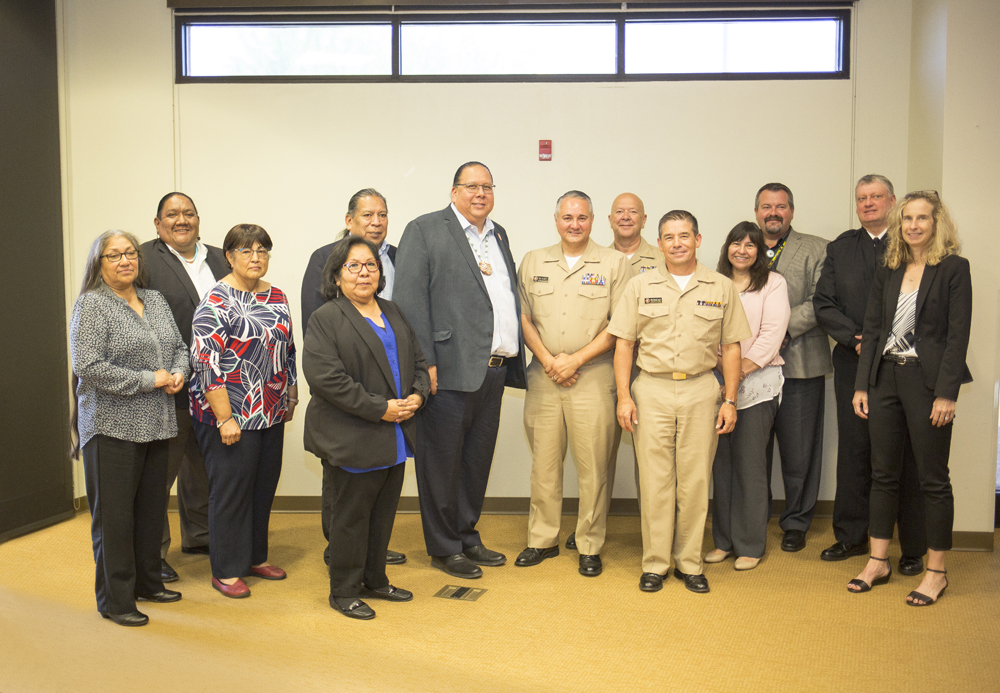 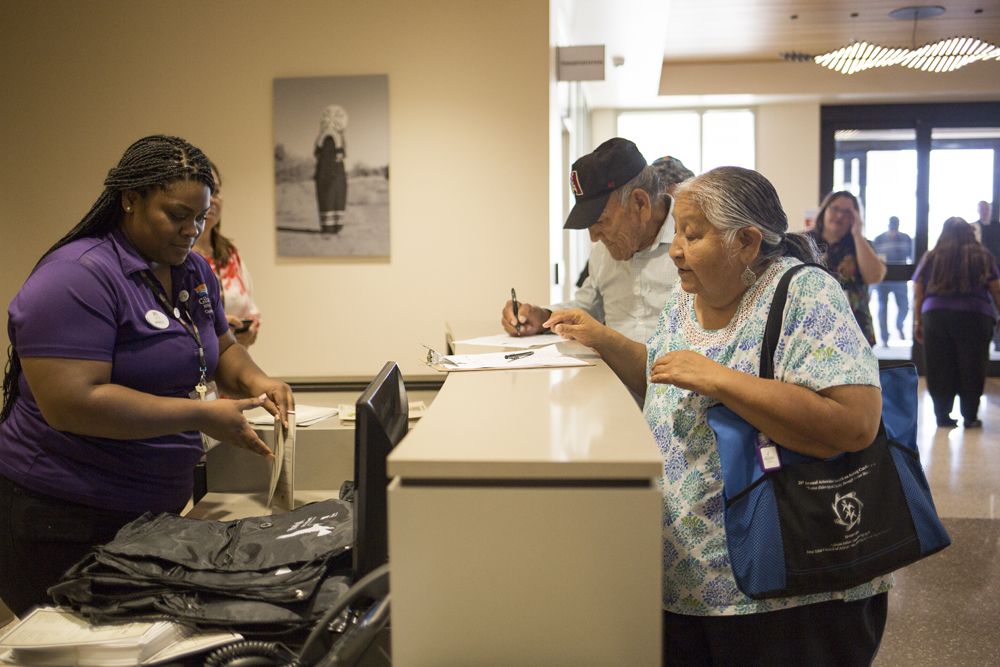 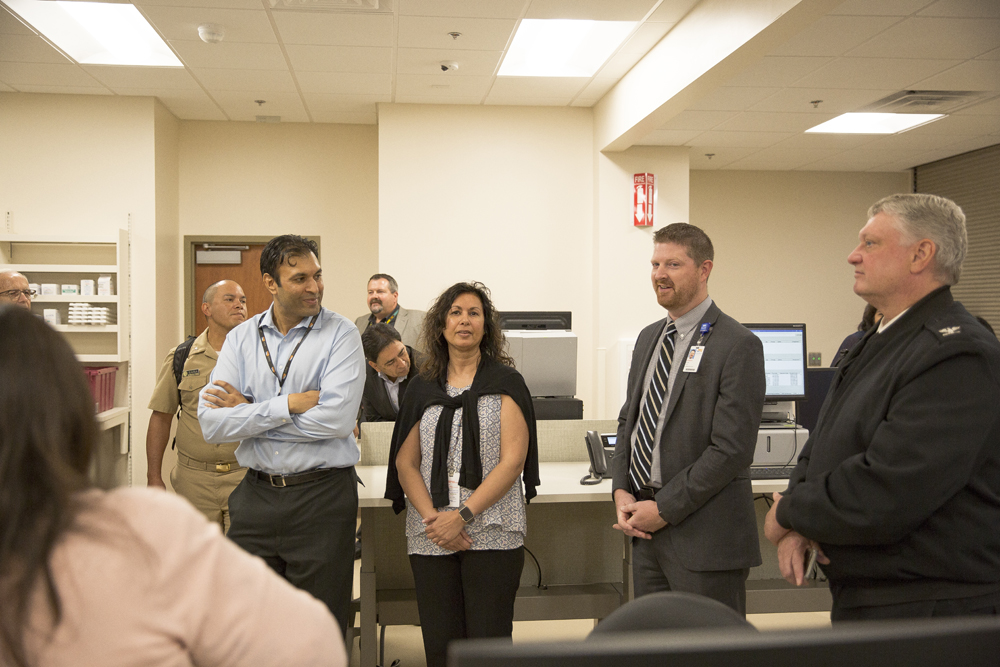