Two workshops in the morning were designed to help veterans learn and understand about benefits from the U.S. Department of Veterans Affairs, which had representatives on site.

A workshop titled, “VA Service Connection & Benefits,” helped veterans become service connected with the VA and learn about the many benefits they offer. The VA representative discussed the compensation/pension plans as well as what is covered in disability.

He also discussed how the VA can assists veterans that had been exposed to certain situations while serving which include exposure to agent orange, contaminated water at Camp Lejeune and toxins from burn pits during the Iraq War.

The paperwork and process can be confusing and that is why the conference had a VA representative on hand to assist anyone prospective veterans and answer their questions in regards to receiving benefits.

He also discussed the VA loan program to purchase a house, which also has a specialized loan for American Indians who live on Indian reservations.

After lunch, the conference continued with two more workshops that featured Community members.

One was a panel discussion with three recipients of the Purple Heart Medal which included David Molina, Gary Rodriguez and Bruce Hutchinson. The trio discussed how their injuries were sustained and what life was like post-combat.

Molina and Hutchinson served in the Vietnam War and Rodriguez served post 9/11. They each battled with post-traumatic stress disorder once returning home and each shared their own journeys which was riddled with alcohol abuse and lack of VA knowledge.

With help from the VA and understanding services offered to them, they were able to overcome their faults and get the counseling services they were entitled to and turned their lives on the right track.

Rodriguez, from District 1, served in the United States Marine Corp. said in addition to his PTSD, he suffered from survivor’s guilt after he lost a close friend in a bomb explosion. He said that being a Purple Heart recipient there is a bond that cannot be broken.

“I look at any soldier, marine, airman, sailor and we have a bond automatically, any branch, at one point we have been cold, wet and hungry and we’ve been through certain stuff in our lives,” said Rodriguez. “When I see a Purple Heart recipient, I know they’ve gone through a certain type of trauma. There’s a lot of blood, sweat and tears that goes into it and no one goes out to get one.”

Molina, an Army veteran, said that he still suffers shaking from his injuries. He discussed how a DUI was the changing point in his life and with help from the VA received the counseling that he needed to help with his PTSD.

Hutchinson, also an Army veteran, serves as a service officer for the Veteran of Foreign Wars of the US for Tolleson and for the Pee Posh Veteran Group in District 7. He discussed how he had no idea that the VA offered compensation or counseling services for nearly 40 years.

He said that he thought his battle with PTSD was normal for any serviceman that returns home, not fully understanding the gravity of the situation at that time. He also said living on the reservation makes it hard to understand the VA benefits, saying that American Indians didn’t understand stuff like that during that time period.

Because of that, now, he tries to help as many veterans that he can.

He cautioned the audience about PTSD, saying that although someone may seem alright, they could be suffering. He also said that families suffer from PTSD as well and that it is not limited just to the veteran.

The last workshop offered was Veteran Cultural Practices that discussed cultural ceremonies that families have done for their servicemen.

A mother of a Marine, Pam Thompson, along with Aaron Sabori discussed how important ceremonies are to soldiers when they return, saying it brings a certain type of closure. They also said that these “ceremonies” don’t have to be traditional, it can be church-related, etc. but if it’s done with good intentions of the heart, it will help ease a soldier’s return home.

After all of the workshops concluded, the veterans and their families returned to the main ballroom for closing remarks. In just its second year of hosting the conference, the VFSO hopes to continue growing the annual conference and might look at including nearby tribes in the future to make it more than just a one-day affair. 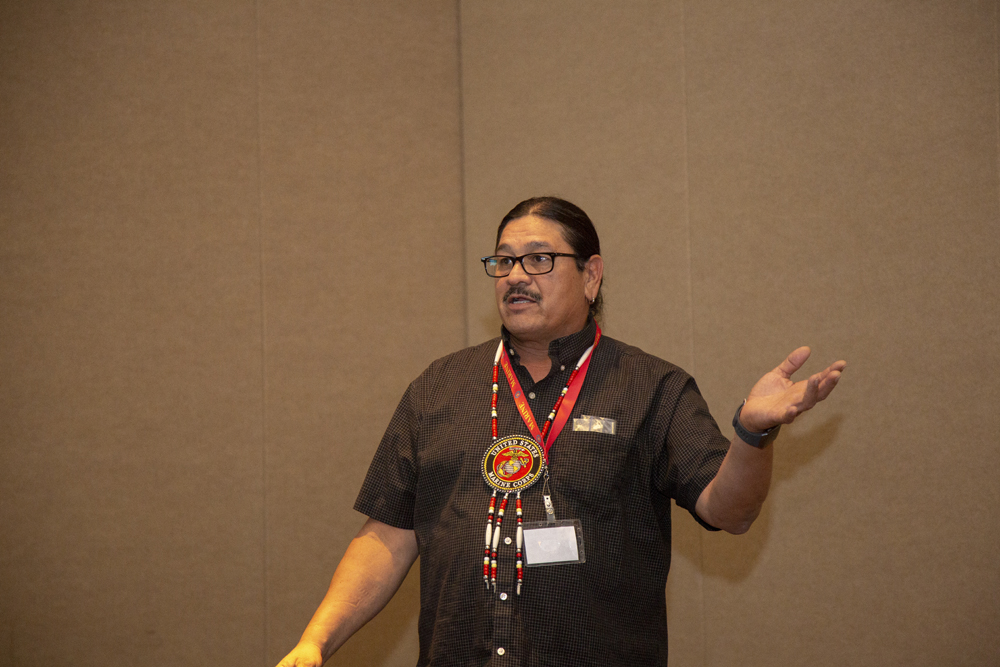 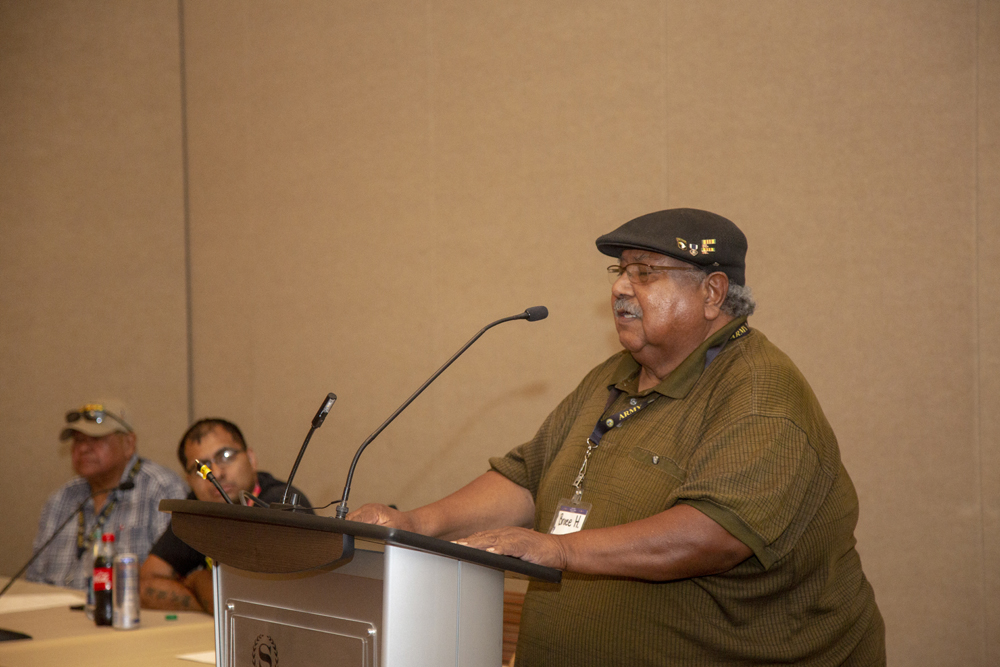