Strapped to his seat with hands tightly gripping the wheel, one boy rides his way to a top ten finish at international soap box derby.

The derby is known around the world for attracting competitors to the Derby Downs Track in Akron, a 989-foot-long track made just for soap box racing.

Andrews father Takkak Sakeagak said, “My son, wife and I built his first derby car when was seven and ever since then he is always willing to help maintain his cars.”

He said their family are descendants of the Cross and Lyons families from District 5 Casa Blanca, are an active family on the go involved in various activities.

About Andrew, he said, “It’s was a very exciting time for all of us…He has gone a couple of times before, but never made it out of the first round and same for his younger brother.”

At age 13, Andrew is an 8th grader at Parma Senior High is Cleveland Ohio and is one of four brothers are always involved with activities outside of driving soap box cars, participate in soap box car derbies, play hockey and are involved in Boys Scout and Cub Scouts.

Their oldest son, who is autistic, competes in the Super Kids soap box car category, who Andrew drives with in a dual car setup with one steering wheel.

Sakeagak added that he plays in a special needs hockey league on a team called the Cleveland Rockin Wildcats and is part of program called Parma Pride, where the kids play various sports activities throughout the year.

“Recently they did baseball for the summer and this past fall/winter they did racquet sports ie: badminton, racquet ball, and tennis,” said Sakeagak.

He said Andrew has been playing hockey since he was six years old as a goalie in which his team has won two championships and made it to the playoffs four times through his six seasons playing.

Sakeagak said Andrew will be participating in another race on the August 25, and throughout the fall season.

Recently, three of their children participated in a flag ceremony for the local arena football team. 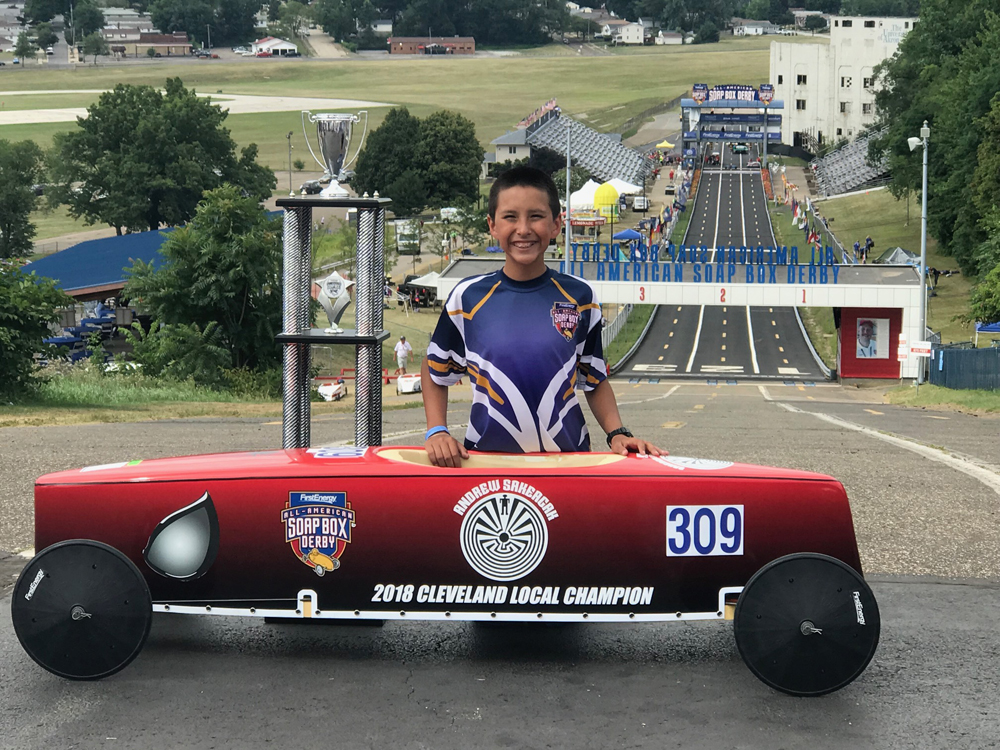 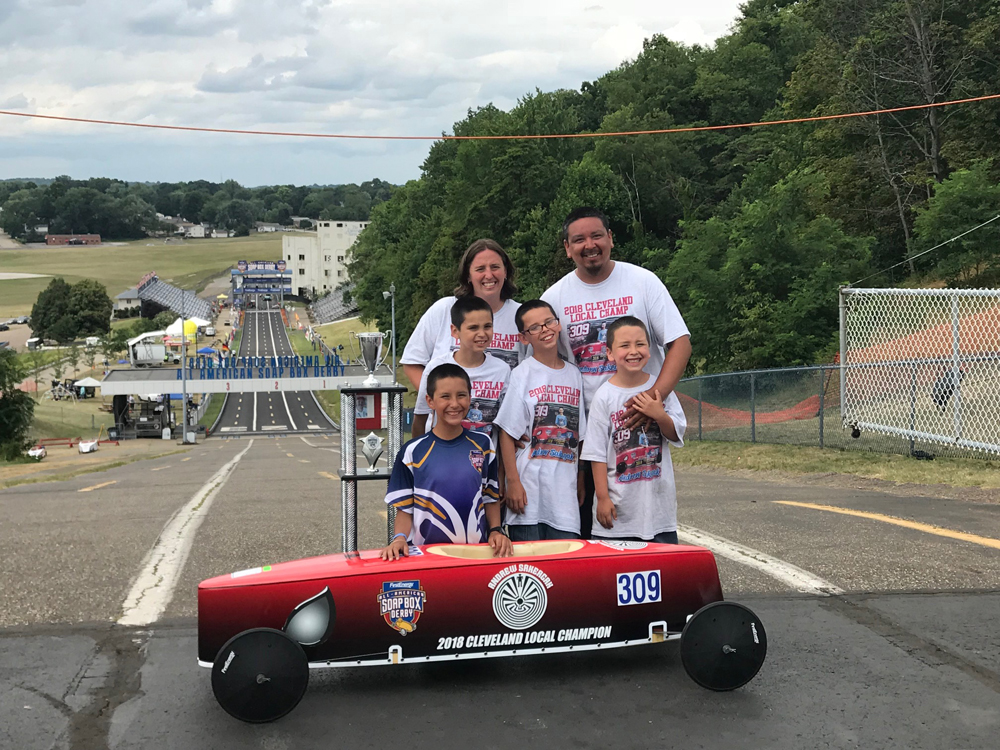 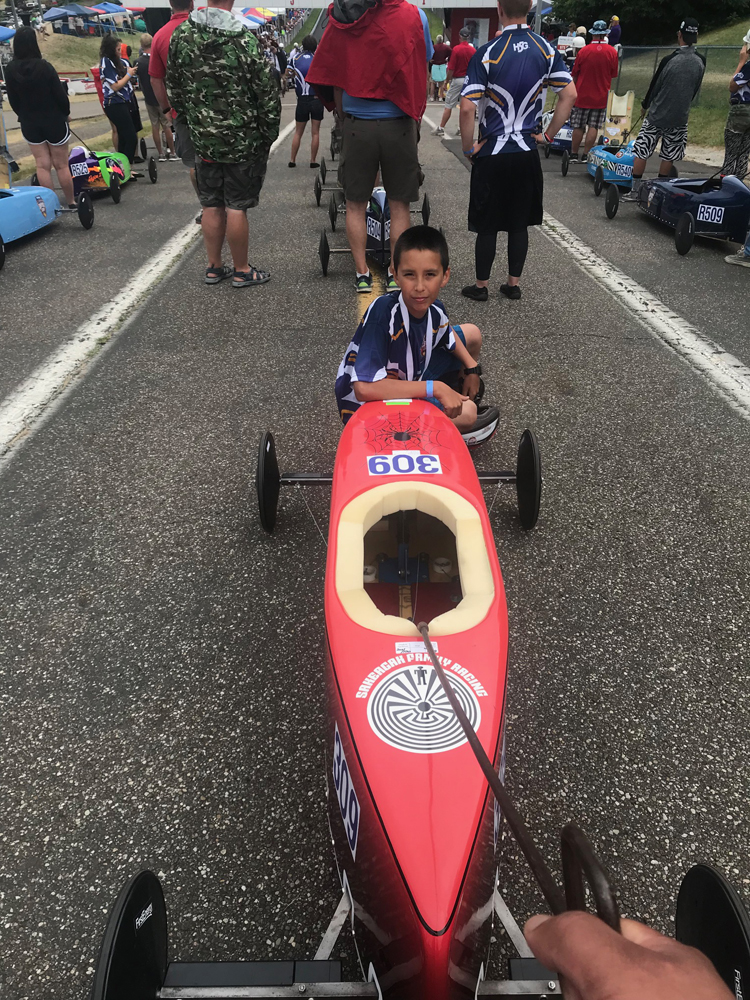